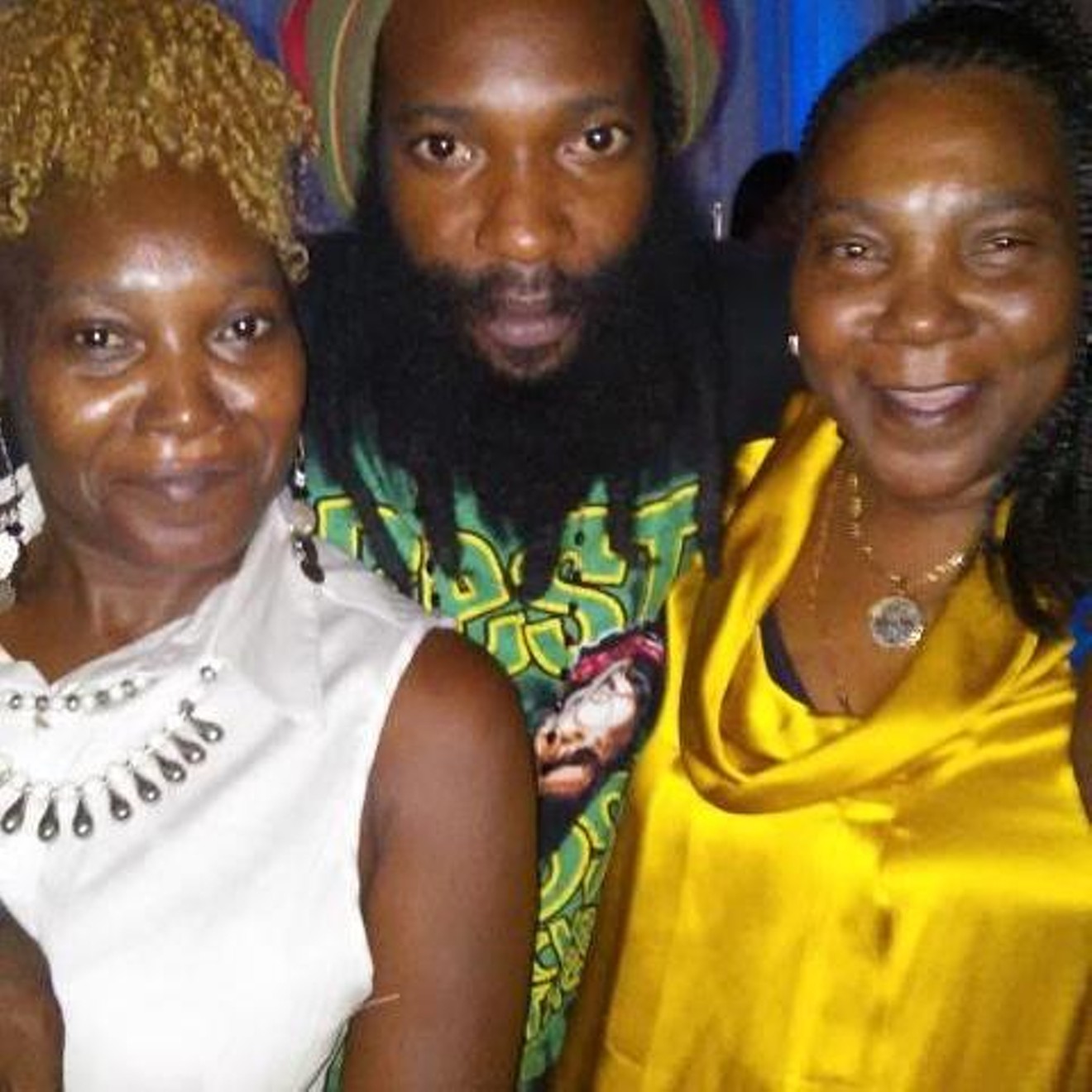 Antwon Cooper poses with his mother and grandmother. Photo provided by Cooper family attorney Rawsi Williams
There were a few seconds of near silence after a Miami police sergeant shot Antwon Cooper last March near the intersection of NW 10th Avenue and 71st Street. Cooper lifted himself up and managed to walk a few steps before collapsing onto the concrete.

Bodycam footage shows Sgt. Constant Rosemond and Officer Olivier Gonzalez pacing around. Then a voice is heard relaying over the police radio, "We got shots fired."

Moments earlier, Cooper and Gonzalez had been engaged in a scuffle after Cooper allegedly tried to flee the scene of a traffic stop. Police claim Cooper dropped a Springfield Armory Hellcat 9mm pistol on the ground during the confrontation. Rosemond arrived on the scene to find the two men fighting, and he opened fire, striking Cooper with a single, fatal bullet to the head, according to the Miami-Dade State Attorney's Office.

In the aftermath of the shooting, Cooper's family alleged that Rosemond recklessly pulled the trigger on Cooper while he was unarmed and posed no threat to the officers.

"He never pulled a weapon — and when I say 'a weapon,' I mean any type of weapon. Police keep saying 'gun' because it's a red-herring distraction to detract from the fact that this officer shot and killed an unarmed man," the family's lawyer, Rawsi Williams, told New Times in April.

After a nine-month probe, the Miami-Dade State Attorney's Office (SAO) has declined to press charges against Rosemond. The state attorney's December closeout memo deemed it "reasonable for him to believe that deadly force was necessary to prevent imminent death or great bodily harm to himself or Officer Gonzalez."

"The investigation in this case indicates Sgt. Constant Rosemond pulled up and observed Gonzalez and Cooper engaged in a violent struggle. Rosemond was able to observe Cooper on top of Gonzalez, as Gonzalez struggled to keep control of Cooper's hands," the memo states.

According to the memo, Rosemond "shouted several commands to Cooper which went unheeded, leading [him] to fire one round from his service weapon."

Williams and co-counsel Frank Allen say the decision not to charge Rosemond is a "tragedy."

"There is no way based on the facts and physical evidence in the SAO's possession that the SAO didn't have probable cause to arrest him, and enough evidence to convict him," reads a statement the lawyers provided to New Times.

Adding insult to injury, the attorneys say, they knew nothing about the release of the closeout memo until news media informed them of its existence, despite having specifically asked for a status update on the investigation.

"The family has no trust in the SAO or its decision," the attorneys assert. "We will proceed with [a] federal suit against Sgt. Constant Rosemond and the City of Miami." 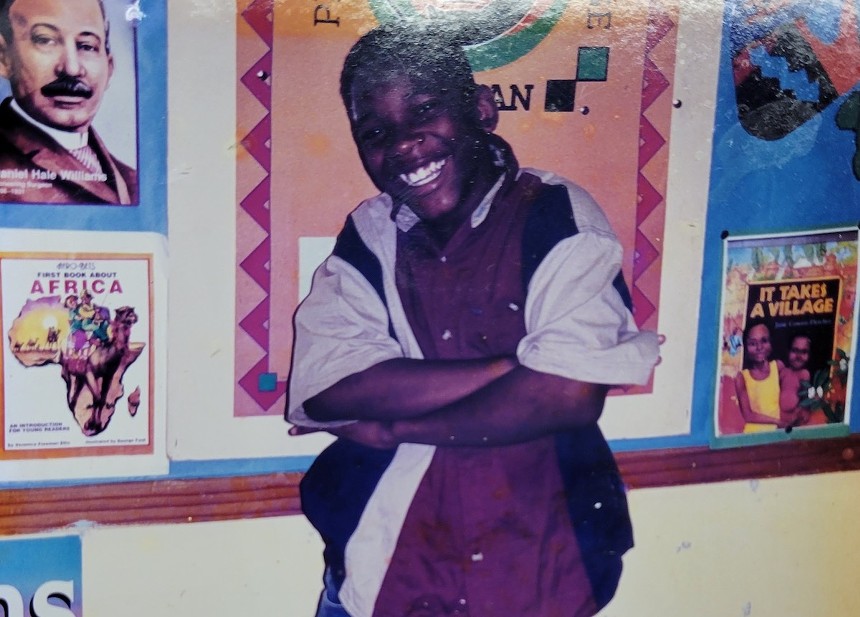 Antwon Cooper as a child
Photo courtesy of Rawsi Williams
The traffic stop that preceded the shooting took place around 4:30 p.m. on the afternoon of March 8, 2022. Cooper was driving with a passenger near Miami Northwestern Senior High School in Liberty City when Gonzalez pulled him over for speeding and what appeared to be illegally tinted windows, according to the closeout memo. Cooper admitted he did not have a driver's license, at which point Gonzalez asked him to step out of the car.

As captured on the officer's body-worn camera, Cooper, a 34-year-old Black man with dreadlocks, exits the red Nissan and Gonzalez begins patting him down. Cooper apparently tries to break free, and during the ensuing scuffle, the officer’s body camera falls to the ground. Seconds later, the sound of a single shot can be heard outside of the camera's view.

The state attorney's office claims investigators reviewed the bodycam footage and determined that the Hellcat pistol (which the memo identifies as Cooper's) was not in the roadway before the incident — meaning it was dropped or discarded during the struggle, according to prosecutors.

The gun was registered to a third party, who had 12 gun purchases on record. According to the state attorney's office, six of those firearms have been recovered by law enforcement "under various circumstances." The closeout memo references Cooper's prior felony conviction for robbery, which rendered it illegal for him to possess a firearm, according to the memo.

The passenger in the Nissan told investigators he had lost sight of Cooper and Gonzalez as they were tussling outside the car.

"Upon looking back, [the passenger] saw Rosemond with his hands extended in front of him and a gun in hand. A gunshot was then heard," the memo states. "[The passenger] stayed in the car in disbelief of what had just transpired," the memo says.

Rosemond, who, like Cooper, is Black, declined to give a sworn statement in the investigation. He did not have an active bodycam at the time of the incident.

Following the shooting, Cooper's family and the attorneys sent Miami police a notice-to-sue letter alleging that the department had released "misleading, if not false information" about the events leading up to Cooper's death, including an assertion that there was "an exchange of gunfire."

The letter stated that even if the gun on the scene belonged to Cooper, "the fact remains true that no gun or any weapon was in Mr. Cooper’s possession nor hands when the Sergeant shot him in the head at close range and killed him."