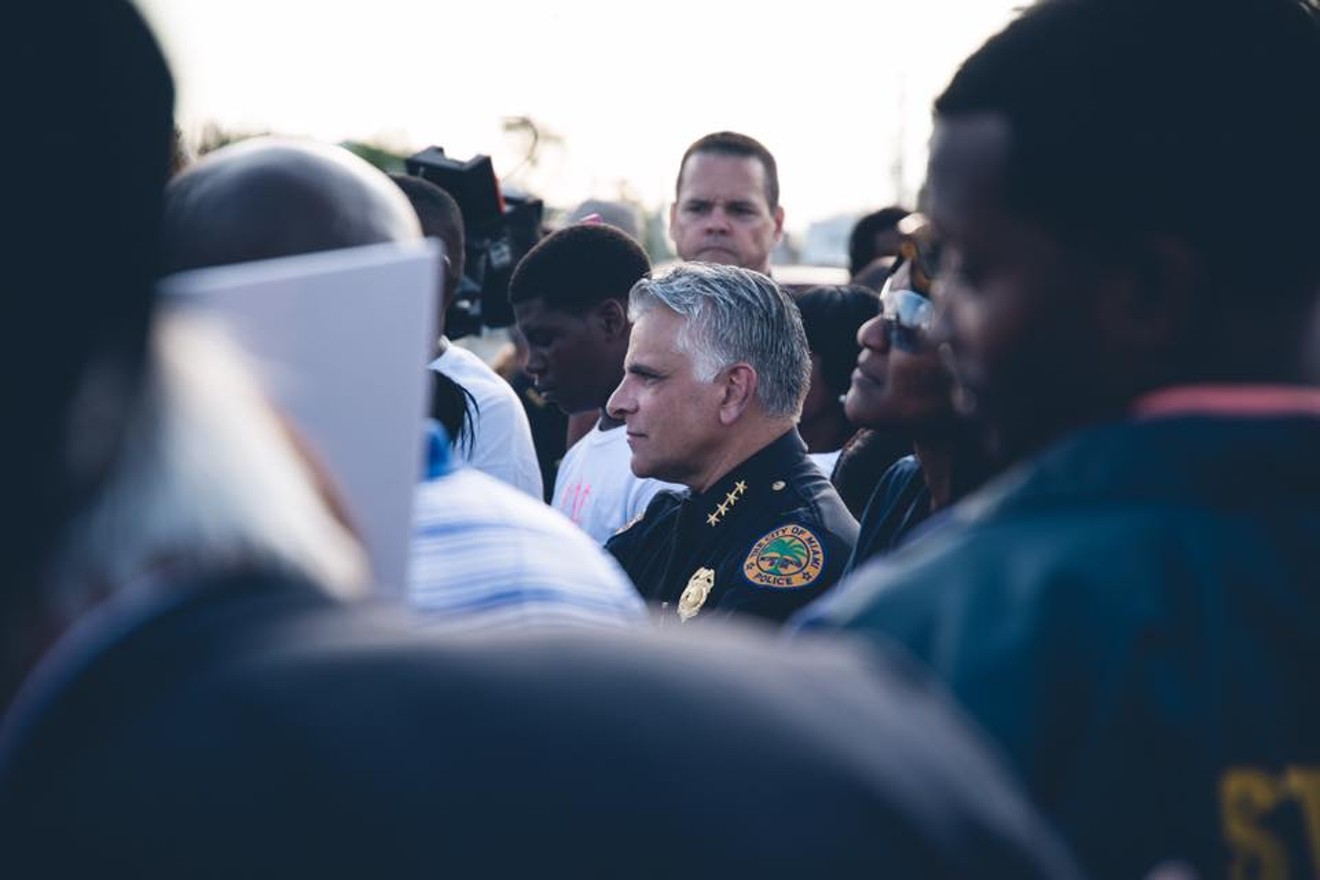 Instead of cheerleading what the state GOP is calling a "law-and-order" bill, Colina said if he were asked to check a crime victim's immigration status before offering help, he'd quit his job.

"They would have to fire me as a police officer," Colina told Actualidad Radio host Roberto R. Tejera this morning in a Spanish-language interview about SB 168. He added, "I won’t be able to sleep at night if I have to tell fellow officers to check where someone is from before helping.” (In the clip, Colina did not elaborate on what he thinks should happen to immigrants caught by ICE in general; he simply said his cops shouldn't be tasked with helping to deport people.)

Florida lawmakers have pitched anti-sanctuary bills for the past few years. But although those measures have failed in the past, SB 168 could very well pass in 2019, because freshman Gov. Ron DeSantis centered his gubernatorial campaign on cracking down on immigrants. (Sanctuary cities refuse to hold ICE detainees in local jails, a practice that multiple federal courts have deemed unconstitutional. There are no such cities in Florida, but state Republicans are pushing SB 168 anyway.)


Here is the text of the bill. pic.twitter.com/VfzFgQs1qo


Miami-Dade County Mayor Carlos Gimenez stated on the AM radio station today that he will travel to Tallahassee to lobby against SB 168. That's a stunning admission: In January 2017, Gimenez became the most prominent big-city mayor in America to pass a local anti-sanctuary-city ordinance. But that decision has been a financial, political, and moral disaster for Gimenez and the county. The Trump administration has not bestowed any extra money upon Miami-Dade, while the county has had to pay to defend itself against lawsuits and fork over millions of dollars to hold ICE detainees in local jails.

Though the statements from Colina and Gimenez are powerful, the public should take their claims with a huge grain of salt. Both men are skilled double-talkers. Colina, for example, promised in 2018 to stop arresting low-level marijuana offenders after a New Times investigation found that weed arrests in Miami somehow increased even though Miami had decriminalized possession of small amounts of pot. Colina's written policy contradicted his promise last year to issue noncriminal citations for low-level cannabis offenses.

This is even truer for Miami-Dade County cops. Both Gimenez and MDPD Director Juan Perez have long claimed to be against forcing local cops to enforce immigration laws. Many police chiefs believe doing so discourages immigrants from reporting other crimes, including domestic violence and rape. But as New Times reported in 2017, MDPD policies still contain loopholes allowing cops to detain immigrants and send them to ICE.

Just this week, New Times reported that a 38-year-old mother of three, Mabel Perez-Ordonez, walked into an MDPD substation in December to check up on a crime she'd reported. But MDPD detained her and called ICE to pick her up.
KEEP MIAMI NEW TIMES FREE... Since we started Miami New Times, it has been defined as the free, independent voice of Miami, and we'd like to keep it that way. With local media under siege, it's more important than ever for us to rally support behind funding our local journalism. You can help by participating in our "I Support" program, allowing us to keep offering readers access to our incisive coverage of local news, food and culture with no paywalls.
Make a one-time donation today for as little as $1.