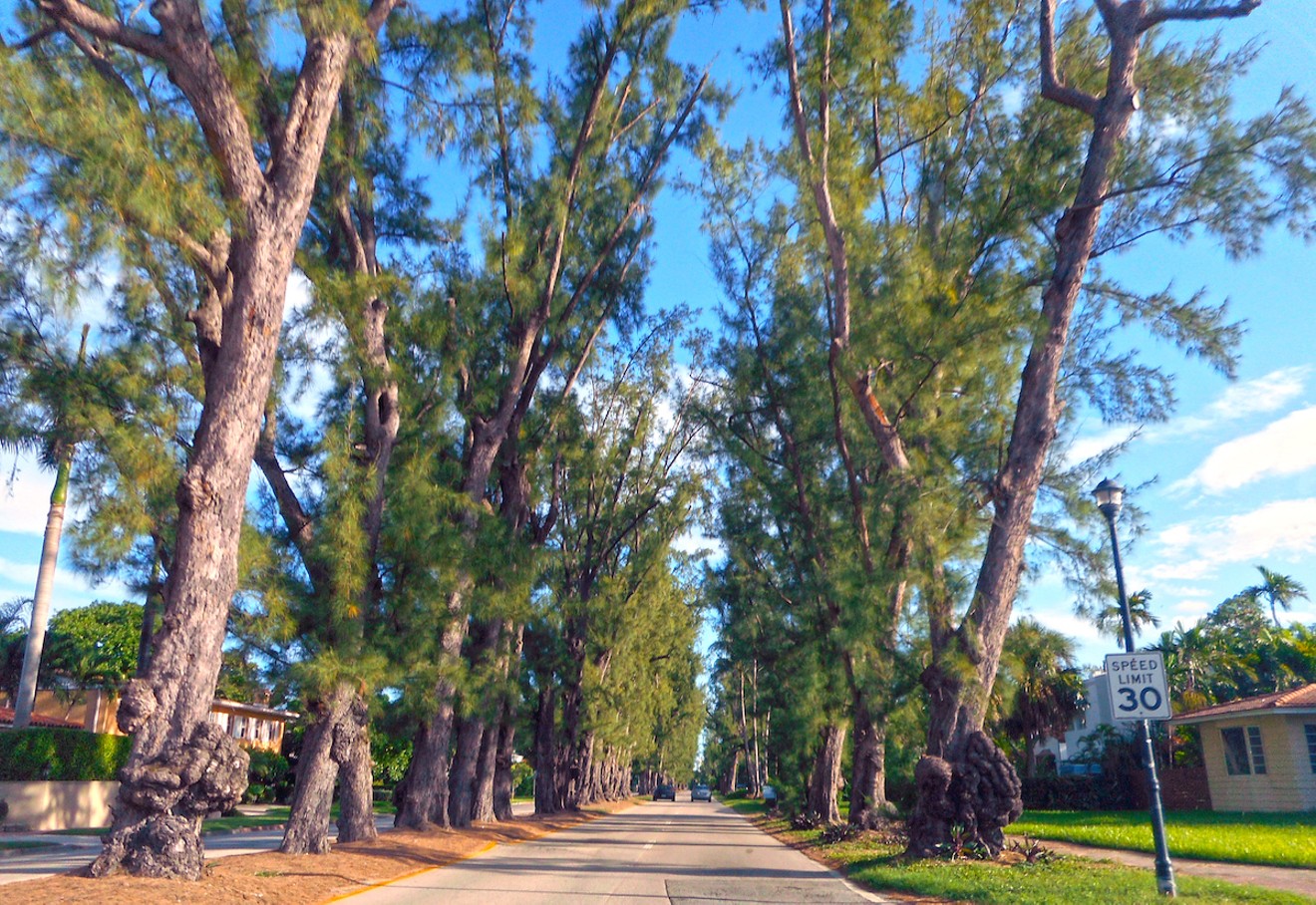 Miami Beach's historic Australian pines have lasted more than 100 years, but their days are numbered. Photo by Daniel Di Palma via Wikimedia Commons
If you find yourself strolling along Miami Beach's historic Pine Tree Drive in the next few days, take a picture. You might not get another chance.

This month, Miami-Dade officials plan to prune the hundreds of Australian pines that have towered over the road for more than a century. Old age has eaten away at the roots and trunks of the trees, some as tall as 80 feet, making them a hazard for passersby. The county's solution is aggressive pruning, which will significantly reduce the height and size of the existing canopy for an 18-block stretch, followed by a resurfacing of the road, which could topple additional pines. The upcoming work is scheduled to end in September, according to a letter from City Manager Jimmy Morales.

This isn’t the first time Pine Tree Drive’s namesakes have been threatened in such a way, but it will be the last.

"I hate to see a corridor of trees so important go down," says Miami historian Paul George. "These trees are part of the story of Miami Beach... they’re a link to the city's past."

The Australian pines were planted in 1910 by pioneer John Collins to protect his mango and avocado groves from the wind. As decades passed, the groves gave way to homes and pavement, but the pines remained. Not even Collins, who helped found Miami Beach, could have imagined just how long they would stick around — the average lifespan of an Australian pine in Florida is about 40 to 50 years. 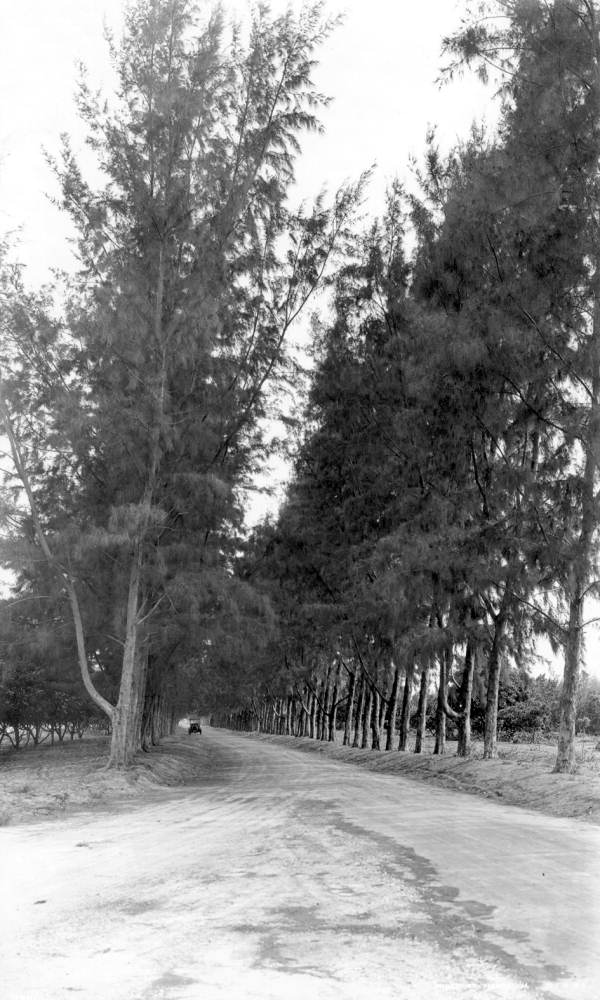 Looking down Pine Tree Drive in 1922.
W.A. Fishbaugh / State Archives of Florida
In 1965, a group of civic leaders failed to persuade the city commission to uproot every last one of the death-defying pines. In 2001, preservationists hoped to preempt any future attempts by having Pine Tree Drive designated a historic roadway. For a while, it worked. However, in recent years, city officials have been forced to consider the risk the old trees pose to pedestrians and motorists. Following Hurricane Irma in 2017, which knocked over two pines, arborists contracted by the city concluded that nearly all of the Australian pines would require pruning.

It's still not clear what will happen after the trees are pruned and the road is resurfaced. The Historic Preservation Board approved plans in 2001 to replace the Australian pines with slash pines if needed. But Australian pines, which are invasive to Florida, are not easily replaced. Their roots release a toxin, harmless to humans and animals, that sullies the soil, killing nearby plants. That means planting different pines would also require replacing the soil — a task that might prove too costly or onerous.

The pruning, which will take place between 23rd and 41st Streets, is expected to begin in late June, depending upon weather, and should take four to six weeks.

This story has been corrected to reflect that Miami-Dade County, not the City of Miami Beach, is responsible for the pruning, which will occur between 23rd and 41 Streets.
KEEP MIAMI NEW TIMES FREE... Since we started Miami New Times, it has been defined as the free, independent voice of Miami, and we'd like to keep it that way. With local media under siege, it's more important than ever for us to rally support behind funding our local journalism. You can help by participating in our "I Support" program, allowing us to keep offering readers access to our incisive coverage of local news, food and culture with no paywalls.
Make a one-time donation today for as little as $1.