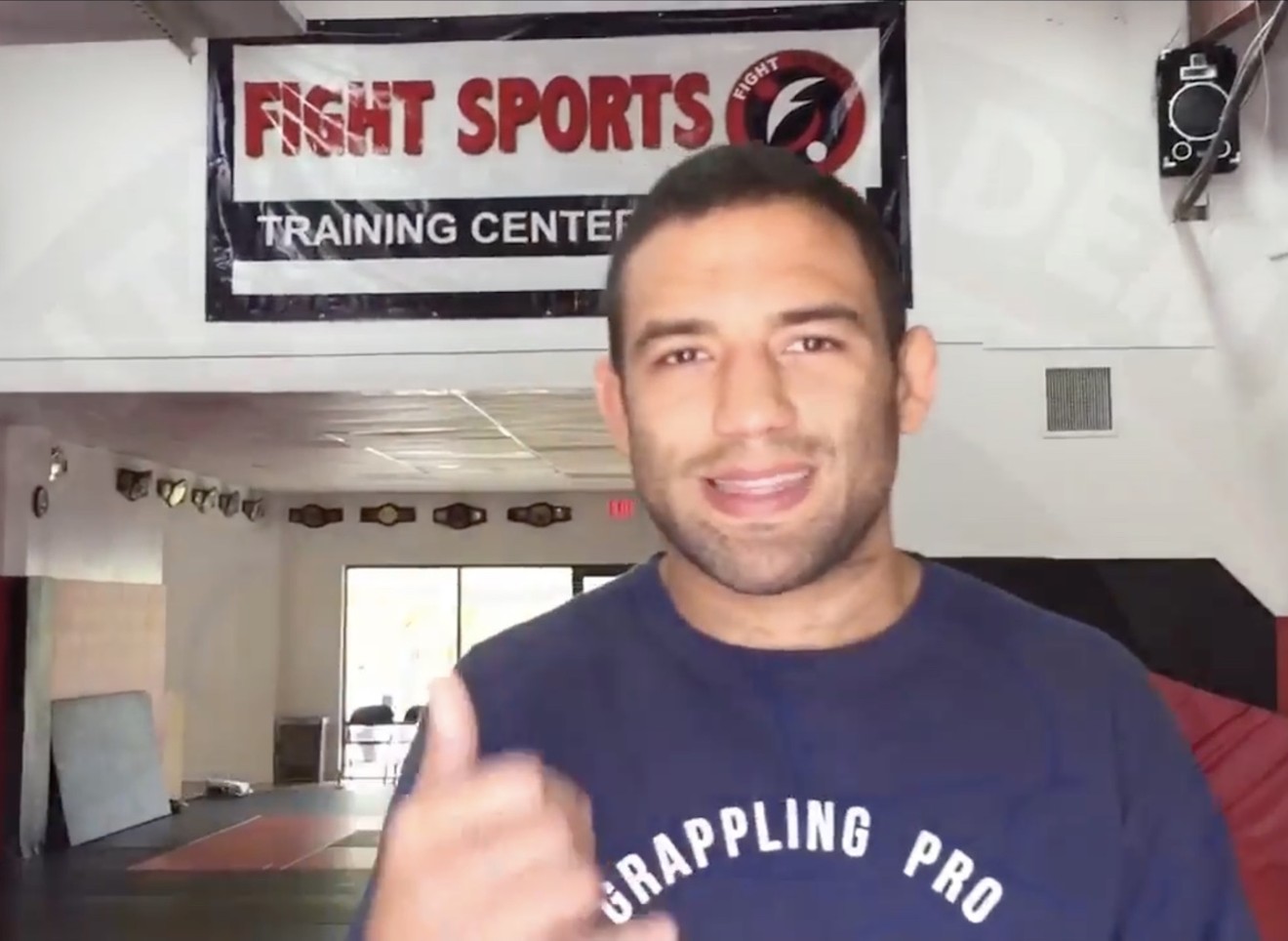 Marcel Gonçalves in a YouTube video promoting Fights Sports Miami. Screenshot via YouTube
In the world of competitive jiujitsu, Fight Sports is a brand that is synonymous with excellence. The company operates 32 training academies and affiliate gyms on four continents, but its headquarters are located on NE 61st Street in Miami's Little River neighborhood. Fight Sports owner Roberto "Cyborg" Abreu is a decorated fighter who has won the World No-Gi Brazilian Jiu-Jitsu Championships seven times and now lives in Miami.

Recently, however, the esteemed franchise has been consumed by a sex-abuse scandal that implicates Abreu and his mentee, fellow Brazilian Marcel Gonçalves, who is recognized as the first student of the Fight Sports team program and previously one of Fight Sports' top instructors. In March 2018, Gonçalves was arrested and charged with three counts of sexual assault of a minor. The 31-year-old is accused of raping his 16-year-old student, a close family friend he has known since she was 11, over a span of months at the Fight Sports Naples Martial Arts Academy.

In a civil suit filed in Miami-Dade Circuit Court earlier this week, the Florida accuser ("Jane Doe") and her attorneys detail months of abuse by Gonçalves and accuse Abreu of failing to take action when he learned of the allegations. Though Abreu is not accused of sexual assault, he is named as a defendant in the complaint, which also details a separate incident in which a Moroccan visual artist alleges that she was sexually assaulted by an athlete while at a Fight Sports training camp in Brazil in 2016 and that Abreu pressured her to drop the charges.

The suit seeks unspecified damages, costs, attorney's fees, and any additional relief the courts deem appropriate. (The 16-page complaint is embedded at the bottom of this story.)

Fight Sports headquarters at 339 NE 61st St. in Miami's Little River neighborhood.
Screenshot via Google Street View
"The criminal case is about the abuser," says Michelle Simpson Tuegel, one of the attorneys representing Jane Doe. "But what about everybody else?"

Tuegel previously represented a cohort of female elite gymnasts — including Olympians and members of the U.S. national team — who spoke out against the abuse suffered at the hands of team physician and serial child-sex offender Larry Nassar.

According to the complaint, Jane Doe was the only student invited to spend the night at Gonçalves' home and would often babysit his son. The first sexual assault alleged in the complaint took place at Gonçalves' Naples home in December of 2017 as he was giving Doe a massage. "While such a sexual violation is never acceptable, it causes even more emotional and psychological damage when perpetrated upon a young virgin," the complaint states.

After that incident, the Gonçalves allegedly sexually assaulted Doe nearly every weekend while his wife wasn't around, in multiple locations at the Naples gym, including the main room, back training room, bathroom, and closet.

The complaint details an incident in which Gonçalves wrapped a seatbelt around Doe's neck as he sexually assaulted her in his vehicle: "She recalls trying to put her fingers between the seatbelt and her neck as he choked her because she could not breathe." 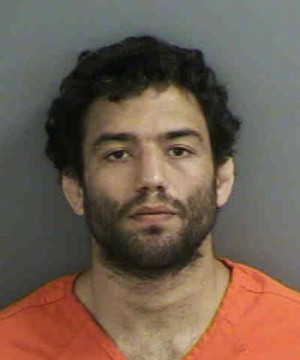 Marcel Gonçalves
Mugshot via Collier County Sheriff's Office
The criminal case against Gonçalves is pending. In December 2020, he filed a "notice of intent to rely on the insanity defense," claiming he was "legally insane at the time of the charged offense, and specifically suffering from chronic traumatic encephalopathy," or CTE, a degenerative brain disease that can only be diagnosed postmortem but characterized by uncontrollable mood swings and lack of impulse control.

But on September 21, Collier County issued a new warrant for Gonçalves' arrest after he failed to show up for a scheduled court appearance.

Abreu, who is from the same region of Brazil as Gonçalves and godfather to Gonçalves' son, told the New York Times in October that he'd encountered Gonçalves in his hometown of Campo Grande earlier this year and didn't say whether he'd alerted authorities to Gonçalves' whereabouts.

Abreu's failures in this case, according to the complaint, also apply to Fight Sports. (In addition to Abreu and Gonçalves, the organization and its subsidiaries are named as defendants in the suit.)

The complaint states that Doe's advanced skill level had her training alongside adult students and that Fight Sports "fail[ed] to properly oversee its trainers and instructors and fail[ed] to properly care for vulnerable minors training at Fight Sports’ gyms. ...At the very least, Fight Sports had the power to implement safety mechanisms, policies, and measures to protect minors from abuse, yet they failed to do so, allowing the abuse to continue."

New Times attempted without success to reach Abreu by phone via Fight Sports Miami's main number and two numbers associated with his name in public directories. Similarly, New Times could not reach Gonçalves at the two phone numbers listed under his name, despite leaving voice messages seeking comment.

Abreu published statements on his Instagram page in August, appearing to respond to criticism and backlash from the greater jiujitsu community that he'd abandoned his duty of care.

"To the victims and their families, I am sorry for my poor handling, ill preparedness and lack of proper leadership to address the horrible experience they had to go through," his statement reads in part. "I failed to lead and enact harsher policy that can prevent this from happening. These shortcomings in my handling of these sort of situations ends today."

The statement continues, "That is why, having listened and learned from this, I have decided to implement, effective immediately, a ZERO TOLERANCE POLICY for all sexual abuse or sexual misconduct related incidents within our gyms."

"There should've always been a zero-tolerance policy," the attorney asserts. "This shouldn't have been something new. This shouldn’t have been some revelation. He enabled a culture where abuse was permitted and he failed to ensure the safety of minor athletes that were in their care."