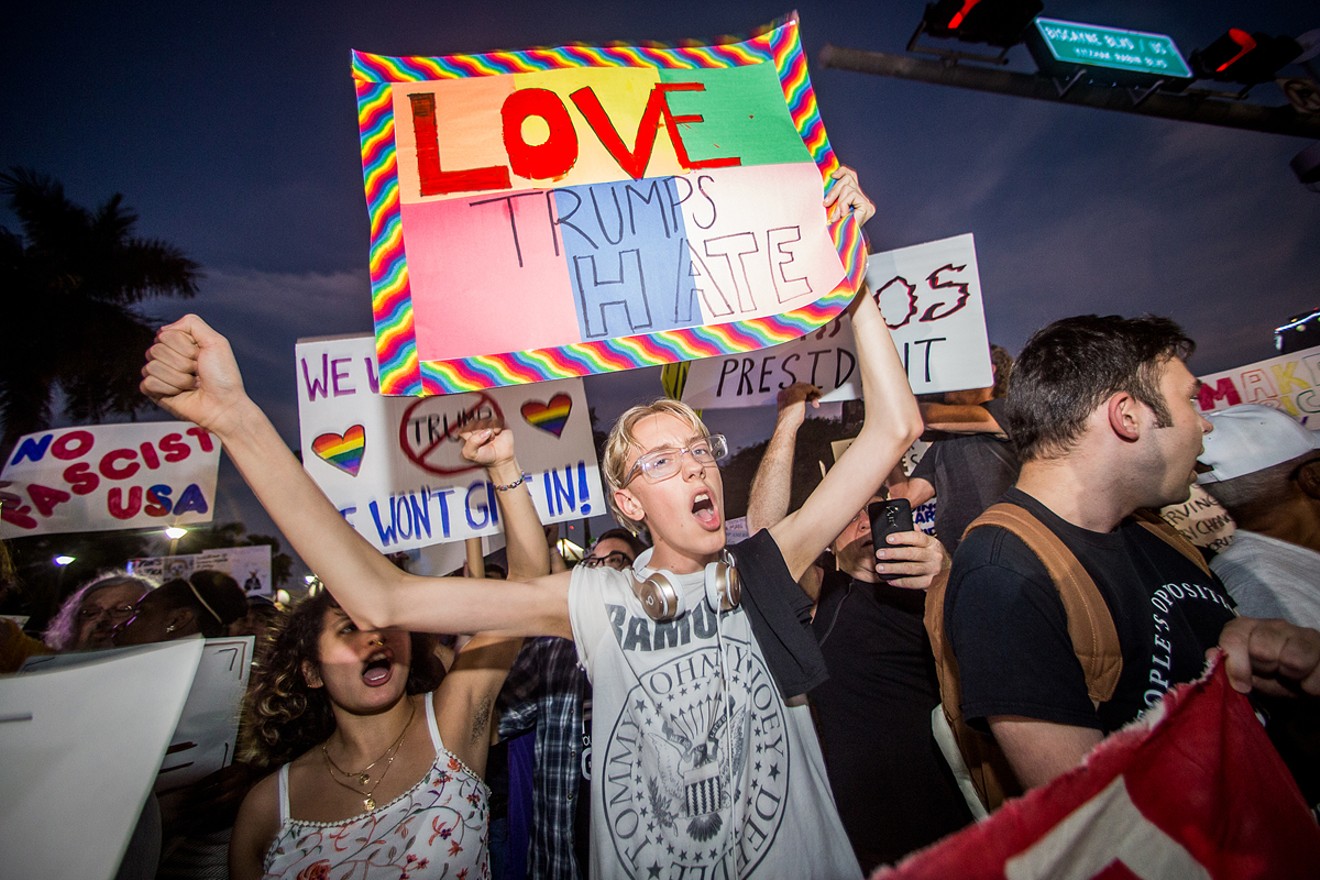 Photo by Ian Witlen
Donald Trump is officially the president of the United States. He promised today to give power in America "back to the people" — people, presumably, like billionaires Besty DeVos, Steve Mnuchin, and Rex Tillerson, who make up his cabinet.

If, however, you are interested in protecting your power and rights as an American citizen, you're welcome to join one of the many, many protests happening around the nation today and tomorrow.

Many Miamians flew to Washinton, D.C., today to demonstrate against Trump in his new hometown. If you weren't able to make it to the capital, though, more than 600 Miamians say they'll protest Trump's inauguration at 6 p.m. today outside Bayfront Park Amphitheatre in downtown.
The protest is organized by the same folks who put together November 11's massive anti-Trump protest after Trump won. (Obligatory reminder that Hillary Clinton received close to 3 million more votes in the popular election.) During that demonstration, an estimated 4,000 people took to the streets of downtown  and closed off sections of Biscayne Boulevard, the MacArthur Causeway, and I-95. It's likely protesters will take a similar route tonight.

Today's protest will also kick off a weekend of anti-Trump marches in Miami: As tomorrow's 200,000-strong Women's March on Washington takes off in D.C., more than 2,000 people say they'll meet again at Bayfront Park Amphitheatre tomorrow in solidarity with the nation's women.