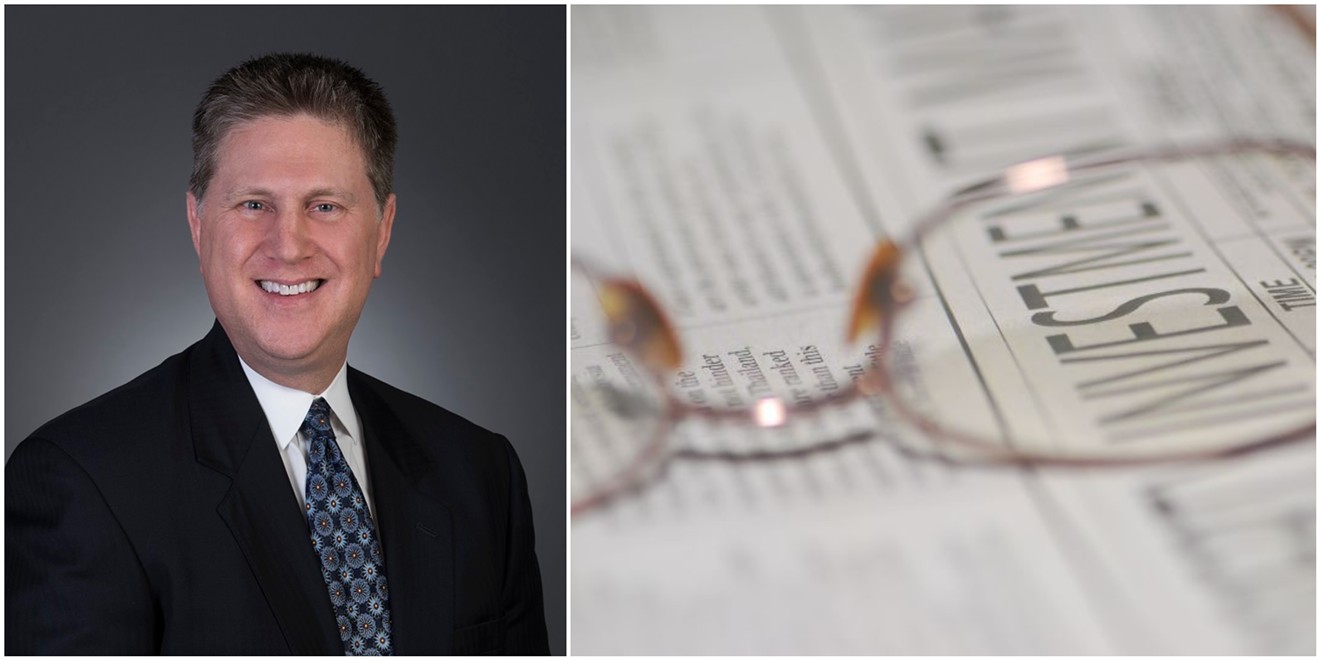 Federal officials say Scott Strochak and his colleagues scammed $3.8 million out of 17 investors in a year. Photos via FIU, Nazir Amin / Flickr
There won't be any movies made about the multimillion-dollar scam sold by Boca Raton resident Scott Strochak — no Leonardo DiCaprio depictions, no adaptions by Martin Scorsese, and no big-money Netflix deal. In truth, Strochak's alleged scheme amounts to small potatoes when it comes to ill-gotten riches in South Florida, and even smaller in the larger world of financial chicanery. Still, $3.8 million is nothing to balk at.

That's the amount federal officials say Strochak and his colleagues helped sucker out of 17 investors in a year, beginning in February 2018, according to a complaint released this week by the Securities and Exchange Commission (SEC).

Strochak worked as the vice president of sales at Castleberry Financial Services, a Wellington-based investment firm with almost $800 million in capital invested in distressed local businesses and a portfolio of hundreds of lucrative real-estate properties — or at least that's how Strochak described the company to investors he was allegedly trying to fleece. In reality, Castleberry brought in almost no business or rental income in more than two years, according to the SEC complaint.

Federal investigators say the business was failing, so Strochak began lying. Castleberry offered investors between 8 percent and 12 percent yearly returns, but they never came. Clients were assured that investor funds were safe — fully bonded and insured against financial loss — when, in actuality, funds were about as secure as an IOU from a bank robber.

The SEC says Strochak called old customers from his days at Morgan Stanley and Merrill Lynch to pitch them "business opportunities," and he visited networking and group presentations to hunt for prospective investors. He raised $2.1 million of the $3.8 million Castleberry stole from investors. For his services, Strochak received more than $240,000, including nearly $50,000 in commissions, according to the SEC complaint.

Though Strochak was the snake-oil salesman who helped bring in most of the company's ill-gotten millions, Castleberry's founders were the ones who really enjoyed the proceeds. According to an earlier SEC complaint released in February, T. Jonathon Turner and Norman Strell, both Wellington residents, funneled investor funds toward other businesses they owned and into private bank accounts. Turner used more than $420,000 of his cut to buy and improve a home in Wellington, where he resided with his business partner's daughter, Suzanne Strell. (The feds say Turner was a felon who had spent 17 years in state prison on charges of organized fraud, forgery, and grand theft.)

In February, a federal judge approved the SEC's request for an asset freeze and temporary restraining order against Strell and Turner. It wasn't until later complaints were made that Strochak came under federal scrutiny. In May, Justice Department prosecutors charged all three Palm Beach County men with conspiracy to commit wire fraud and 15 substantive wire fraud counts. Last Monday, August 12, the 53-year-old Turner died in federal custody while awaiting trial. Strochak pleaded guilty this past Friday to a charge of conspiracy to commit wire fraud.
KEEP MIAMI NEW TIMES FREE... Since we started Miami New Times, it has been defined as the free, independent voice of Miami, and we'd like to keep it that way. With local media under siege, it's more important than ever for us to rally support behind funding our local journalism. You can help by participating in our "I Support" program, allowing us to keep offering readers access to our incisive coverage of local news, food and culture with no paywalls.
Make a one-time donation today for as little as $1.