Who Will Be Miami's New Police Chief? Here's Who Has Applied 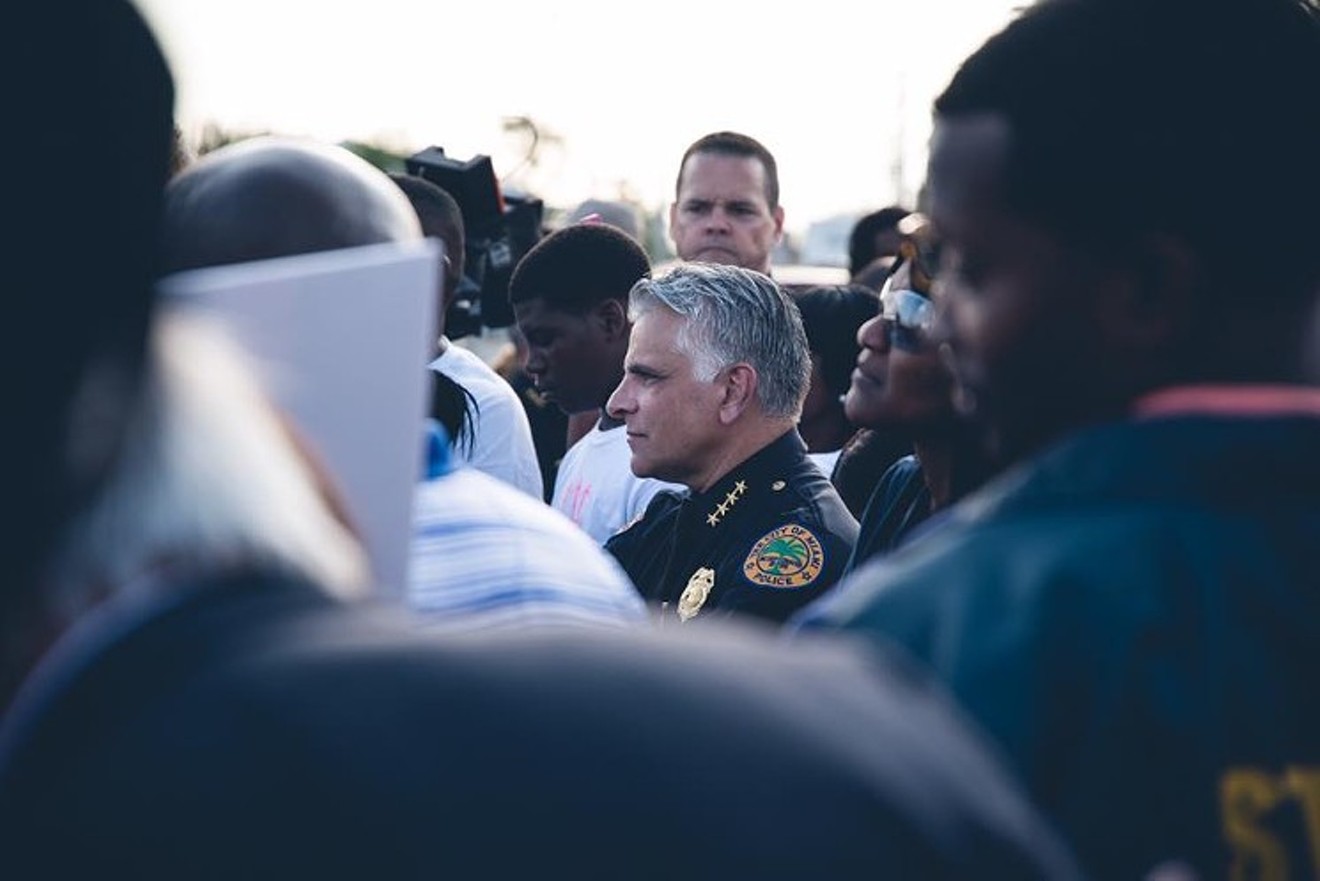 Colina, a 30-year veteran of the MPD, has led the department for three years. Earlier this year, he announced that he would step down in January, sparking a nationwide search for a replacement.

The search comes on the heels of major unrest and increased scrutiny of American police departments following the death of George Floyd at the hands of a Minneapolis police officer. Colina himself came under fire this year when he was accused in June of using the N-word during a law-enforcement training session in 1997, and in September when he was named in a lawsuit alleging widespread corruption in the MPD by a fired detective who testified against another officer in an FBI investigation.

In a video message about his retirement, Colina said he was satisfied that he'd accomplished the goals he'd set out when he was named chief in 2018, including a reduction in crime rates.

In response to a public-records request, New Times received copies of the 36 applications from those who seek to become Miami's next police chief. The applicants include assistant chiefs from Colina's own administration, officers from local police departments, and law-enforcement officials from a number of states outside Florida, including New York, Texas, and Arizona.

Among the group are noteworthy contenders, including Malik Aziz of the Dallas Police Department, who testified before President Barack Obama's task force on 21st Century Policing and was endorsed by the NAACP for a position as Milwaukee's police chief; Anita Najiy, the MPD's first female and first Black assistant chief; and Anthony Schembri, who served as the United Nations representative of the International Association of Chiefs of Police.

There are also some local figures with controversial pasts, including James Dobson, who was fired from his job as Opa-locka police chief in August after allegedly failing to reform the troubled department (he then sued the city for $4 million); Jose Seiglie, who oversaw anti-gang units at the MPD with officers who killed numerous suspects and faced multiple scandals; and former MPD deputy chief Luis Cabrera, whom former MPD police chief Miguel Exposito accused of compromising evidence; Exposito also questioned Cabrera's mental state when he applied for a position in Phoenix in 2016.

Only 11 applicants reported having any proficiency in Spanish; the other 25 speak only English.

Here is a list of the applicants, along with their current positions and locations.

William Taylor: Chief deputy, DeKalb County Marshal's Office; Decatur, Georgia.
KEEP MIAMI NEW TIMES FREE... Since we started Miami New Times, it has been defined as the free, independent voice of Miami, and we'd like to keep it that way. With local media under siege, it's more important than ever for us to rally support behind funding our local journalism. You can help by participating in our "I Support" program, allowing us to keep offering readers access to our incisive coverage of local news, food and culture with no paywalls.
Make a one-time donation today for as little as $1.