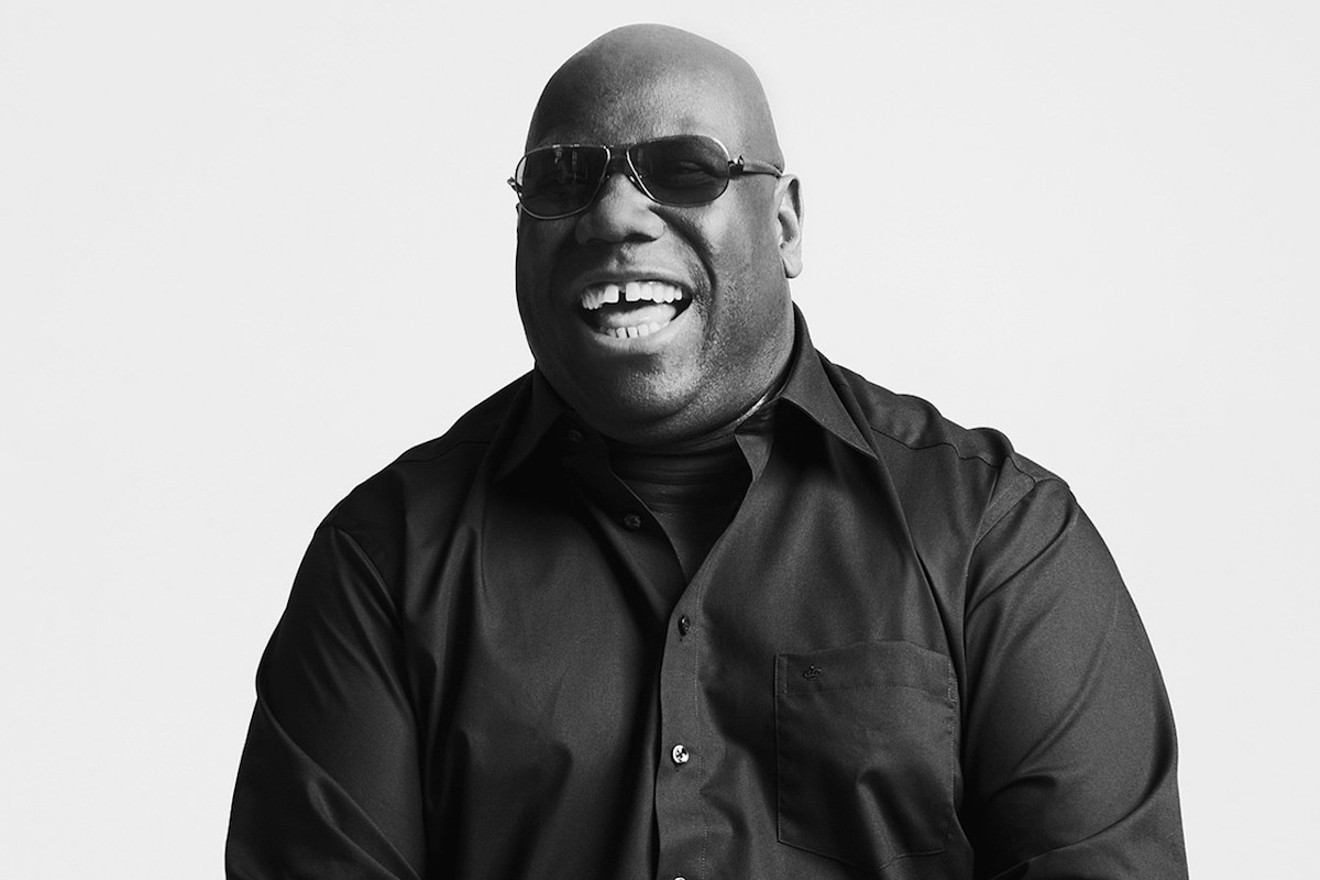 "This is the first time Resistance hosts a club residency outside of Ibiza, and we've chosen our hometown and the iconic M2 venue as its location," Ultra cofounder and CEO Russell Faibisch said in a statement. "The Resistance Ibiza club residency at Privilege is legendary on the island, and now we're bringing the magic of that immersive underground clubbing experience home to showcase in Miami."

In 2015, Ultra began spotlighting its underground artists — think techno, house, and tech-house — with stages and production dedicated to electronic music's darker side. Festival-goers eager to transition away from fist-pumping drops to pulsating bass were captivated by Resistance's tour de force talent, including the likes of Carl Cox and Adam Beyer.

Ultra has already done a Resistance residency in the Spanish party island of Ibiza for three seasons. The M2 residency in Miami Beach marks Resistance's first stateside appearance outside of a festival setting and promises to deliver the same kind of Ibiza-caliber clubbing experience.

Resistance's first show at M2 will showcase Adam Beyer's label, Drumcode, on Thursday, March 23. The following day, Friday, March 24, will be headlined by the legendary progressive duo Sasha + Digweed. Finally, Sunday, March 26, serves as the "official MMW Closing Party." That's followed by a Race Week showcase from May 5-7. After that, things go quiet for the summer before Resistance returns on October 28 until May 11, 2024, every Saturday.

Overall, you can expect the likes of Adam Beyer, Anfisa Letyago, Carl Cox, Charlotte de Witte, Pan-Pot, and Indira Paganotto to make appearances behind the decks.

M2, the club hosting the Resistance residency, takes over the plot formerly home to the legendary Mansion, a venue that, in many ways, solidified the EDM explosion in Miami before closing in 2015. The location also hosted Prince's foray into nightlife, Glam Slam, and Level, which was regarded as one of South Beach's best dance clubs in the early 2000s.

With M2 at the helm of the storied venue, attendees can expect a 25,000-square-foot venue with two floors that promises the intimacy of a club and the adrenaline of early-day raves. 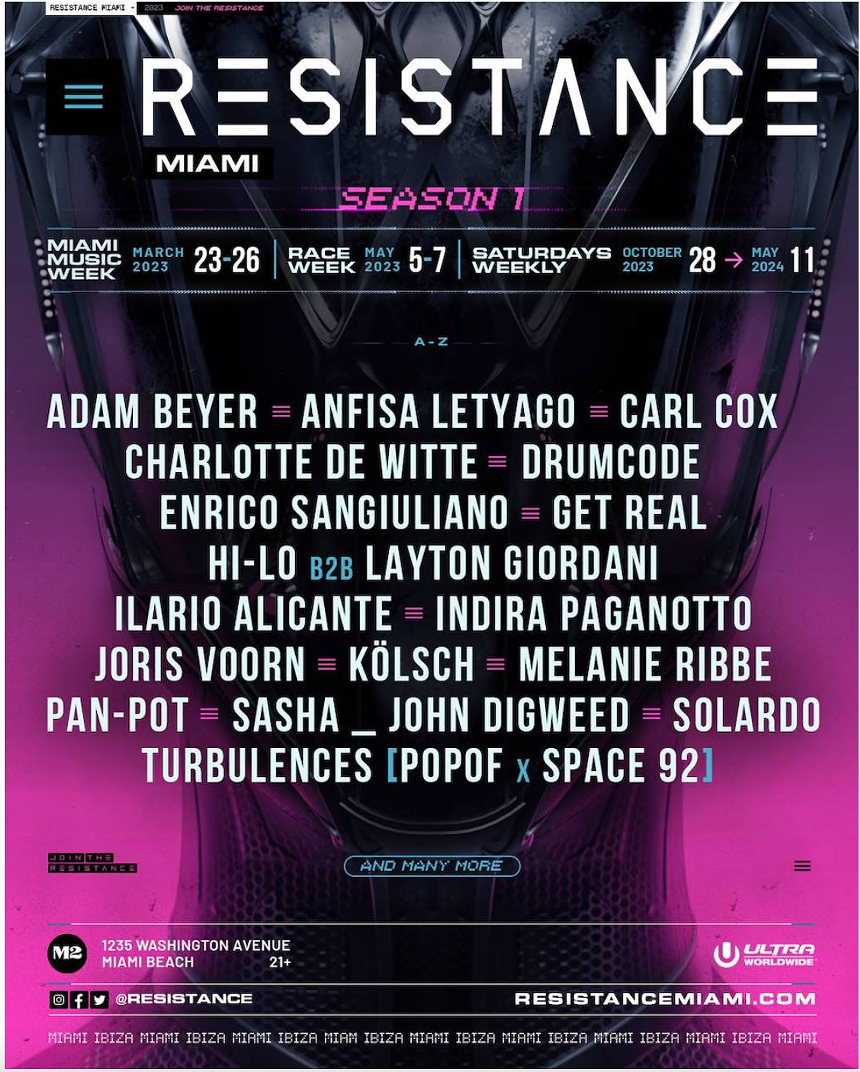 Ultra Music Festival photo
Resistance. Thursday, March 23, through Sunday, March 26, at M2, 1235 Washington Ave., Miami Beach; resistancemiami.com. Ticket prices vary.
KEEP MIAMI NEW TIMES FREE... Since we started Miami New Times, it has been defined as the free, independent voice of Miami, and we'd like to keep it that way. With local media under siege, it's more important than ever for us to rally support behind funding our local journalism. You can help by participating in our "I Support" program, allowing us to keep offering readers access to our incisive coverage of local news, food and culture with no paywalls.
Make a one-time donation today for as little as $1.