Will Renuart Helps Where Are My Keys? Take Flight at 94th Aero Squadron 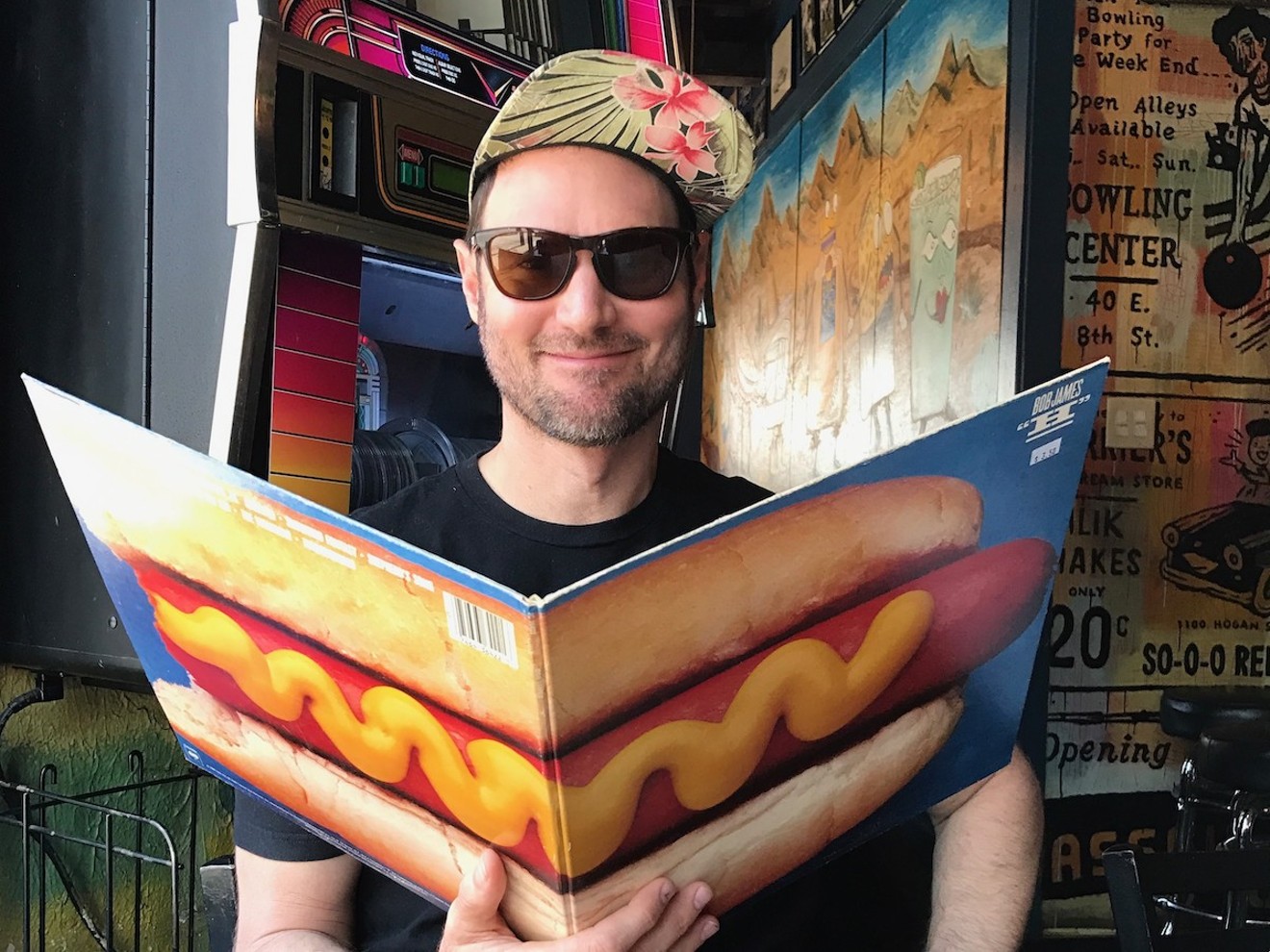 Will Renuart continues his electronic blitzkrieg in Miami and abroad. Photo by Shino Renuart
An undeniable synergy exists between the anticipation or sensation of taking flight and electronic music: There's Brian Eno's pioneering Ambient 1: Music for Airports, as well as the more modern example of “Conjure Sex” by Maceo Plex, a high bpm techno stomper that sets the sounds of jet airplanes taking off against a pithy clap and sexual moans. What's more, legendary Ibiza nightclub DC-10 has a patio section that's so close to the island's airport you can see (and most likely hear) the airbuses carrying scores of rowdy tourists.

It would seem Miami native and club expert Will Renuart also thinks there's something to this pairing: The next edition of his party series Where Are My Keys? is set to take place on Presidents' Day weekend at 94th Aero Squadron Restaurant. It's a historical venue and eatery that has been serving the Miami community for decades. Patrons are invited to wear aviator headphones that let them listen to air traffic controllers while watching planes take off from Miami International Airport's runways. Talk about dinner and a show.

It's as idyllic a location as one could hope for, making it a perfect fit for the party series' lighthearted approach to underground dance music.

“We just want to have a killer party with great sound and a funky production with top talent — it's pretty simple,” Renuart tells New Times at a café. “We are about fun; we just want fun. I am pretty good at fun, and that’s what it’s about. That’s my gift. I can’t do a lot of stuff, but I am good at throwing parties, playing killer music, and having fun.”

Where Are My Keys? began in 2016 as an Art Basel party in Historic Virginia Key Beach Park: “I was thinking of having it on Virginia Key, but one day I was asking myself: Where are my keys? And it hit me — Virginia Key,” Renuart explains. “It evolved from that. The words fit the personality of not taking ourselves too seriously and creating a heady underground lineup.” The two-day gathering featured Moodymann, an All Day I Dream collective, and, most important, Renuart's phalanx of Electric Pickle residents. Before he began organizing Where Are My Keys?, he cut his dance-floor teeth birthing and overseeing the late, great Wynwood club. He's also a die-hard vinyl DJ himself and has been hustling more recently as a co-owner and curator of the new downtown Miami nightclub ATV Records. Both ATV's future itinerary and the upcoming Where Are My Keys? present DJs who could regularly be found behind the vaunted decks of the Electric Pickle.

“I don’t travel anywhere without my Pickle crew,” Renuart says.

The lineup for the Presidents' Day edition of Where Are My Keys? includes Chicago house master Derrick Carter, Detroit-raised techno mage Magda, and disco purveyor Dan Shake. The lineup also includes Pickle-affiliated talent and a who's who of Miami DJs: Atom Yard, Benton, Brad Strickland, Brother Dan, Captain Ridiculous, Jeremy Ismael, Mira Fahrenheit, Nii Tei, Patrick Walsh, Puma, Taimur, Terence Tabeau, and Renuart himself will all be on hand to mind the ones and twos.
Renuart first used 94th Aero Squadron as a dance floor in September 2019 for an Electric Pickle-themed pop-up. “I’ve been going there since I was a kid; my dad used to take me. It was awesome — we had 900 people for one night and some cool bookings,” Renuart recalls. “You have planes landing, and they have this sick outdoor courtyard with beautiful wood paneling and oak trees. Inside there is this dive-bar feel and a wood fireplace.” This time around, the party will be spread across three rooms, where each DJ will be allotted at least three hours to play whatever they want to play.

Where Are My Keys? was originally meant to be a standalone event but eventually evolved into a collaborative effort that now hosts its own stage at Rakastella as well as various pop-ups across the nation.

“Where Are My Keys? is constantly moving," Renuart says. "We move locations, and each lineup is different and you never fully know where it will be; it’s a blitzkrieg.” The Pickle partier took the event far outside Miami city limits in 2017 for an excursion in Detroit during Movement Electronic Music Festival. Whenever Movement takes place, out-of-town parties flood the Motor City in a manner not unlike Miami during Winter Music Conference; last year, Mixmag wrote Where Are My Keys? "has grown to become the essential finish to Detroit's Memorial Day Weekend dance music celebrations."

Renuart describes Detroit as "the mecca for our scene."

"It’s a tight niche and they don’t want outsiders, but I felt like we had something to offer," he continues. "We wanted to do more house/disco to a techno-filled area with Move D and Omar S. We did the closing day, and before you knew it, it became the party to close Movement.”

The name "Where Are My Keys?" might sound like some half-thought out drunken ramble, but it’s actually inspired by Renuart's genetic predisposition to forgetfulness.

“Where Are My Keys? is something that was born with me. My mom has this horrible tendency to lose her car keys, and it went with me. I feel like I'm always saying, 'Where are my keys?’” Renuart says. (Later, a barista hands Renuart the credit card he left at the register. “See? This could be the future: Where are my credit cards?!") 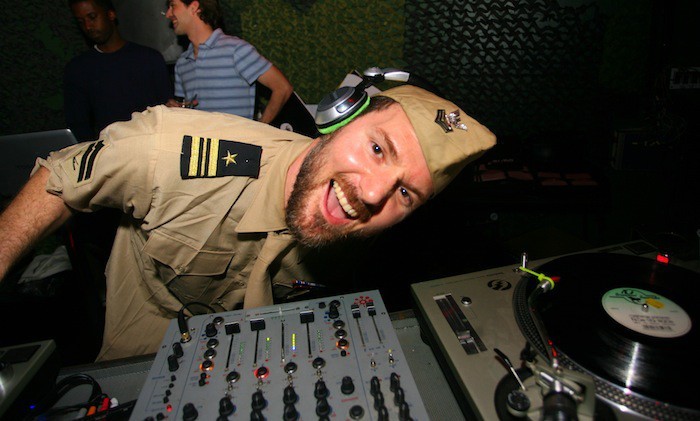 Pickle co-owner Will Renuart in January 2011. See more photos from the past ten years at the Electric Pickle here.
Photo by Ciara Osorio
When the Electric Pickle closed last summer, it left a cone of uncertainty for Miami's dance music community. Many wondered if Renuart would retire after spending ten years in the Pickle business; turns out it didn’t take long for him to put pathos aside and get back to business. He flew to Japan to marry his fiancée, Shino — who's responsible for illustrating many of the eye-catching fliers for Where Are My Keys? and the Pickle — and even threw some parties memorializing the departed club while he was abroad.

Upon Renuart's return, the focus turned to ATV Records.

With less than a year under their belt, Renuart and his partners have quickly made ATV a late-night favorite worthy of upholding Pickle's legacy. Two of the Wynwood hang's most iconic accouterments — the disco ball and the neon sign that reads, “Bar Open Liquor” — now hang with aplomb at ATV.

“The Pickle closing kicked my ass," Renuart divulges. "We put the signature pieces in, but with new features. It has my mom’s 30-year-old staghorns, but we're not trying to open a new Pickle.”

The next goal for ATV — Addicted to Vinyl — will be the record shop alluded to in its name. Renuart doesn't want it to be a novelty and is willing to hold off on opening that aspect of his new spot until it can be a respectable music vendor, even if it takes a little while. Pickle's downstairs restaurant and mezcal bar, Melinda’s, has also moved adjacent to ATV and is now fully operational with outdoor bars, a wood-burning oven, and an oyster bar.

Although Where Are My Keys? will temporarily take Renuart away from his new Miami home, the self-described "vinyl fiend" will be perfectly happy to play records for a wild crowd at one of his favorite childhood haunts.

“More so than anything, I am a DJ,” Renuart declares, although he's quick to add that no matter what form it takes — whether it's the Electric Pickle, ATV Records, Where Are My Keys?, or the mere act of DJ'ing — his commitment is to celebrating Miami's music scene. “It’s really about having a platform for my friends and artists.”

Where Are My Keys? With Dan Shake, Derrick Carter, Magda, Brother Dan, Patrick Walsh, Terence Tabeau, Will Renuart, and others. 4 p.m. Sunday, February 16, at 94th Aero Squadron Restaurant, 1395 NW 57th Ave., Miami; 305-261-4220; facebook.com/wrmkmiami. Tickets cost $16.90 to $33.75 via residentadvisor.com.
KEEP MIAMI NEW TIMES FREE... Since we started Miami New Times, it has been defined as the free, independent voice of Miami, and we'd like to keep it that way. With local media under siege, it's more important than ever for us to rally support behind funding our local journalism. You can help by participating in our "I Support" program, allowing us to keep offering readers access to our incisive coverage of local news, food and culture with no paywalls.
Make a one-time donation today for as little as $1.