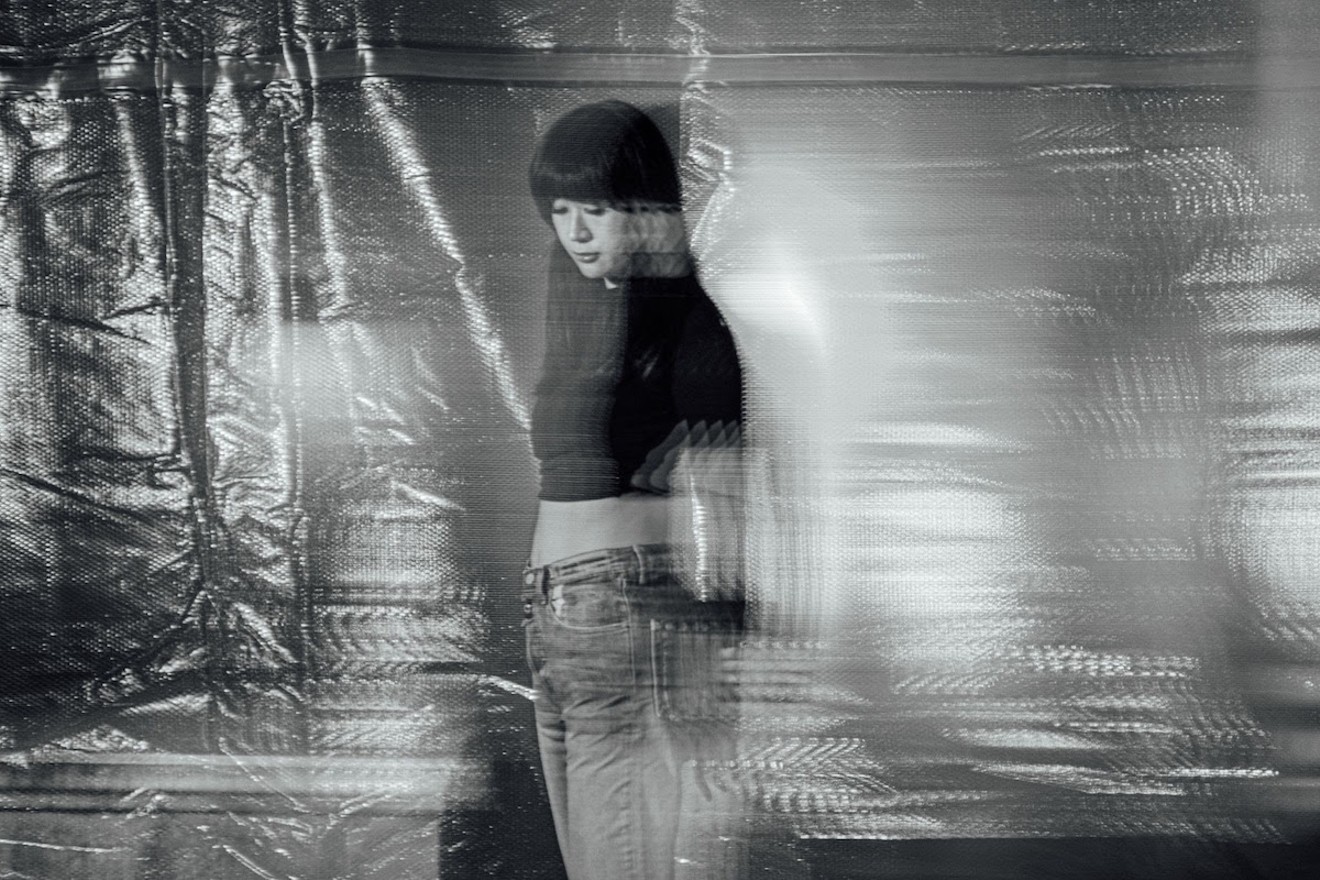 Qrion Photo by Julia Wang
Dreamy house phenom Qrion has a sound blanketed in the snowy winters of her hometown of Sapporo, Japan, and wrapped in the warmth of her childhood memories. On a sea of dance-floor bangers, she stands out for crafting profoundly personal work that floats as much as it thumps. On her recently released debut album, I Hope It Lasts Forever, the latest in a string of successful releases on Anjunadeep, the producer builds a sonic world full of chilly soul and nostalgia.

"I normally make music from the tour or the memories for my shows, but I didn't have any gigs last year because of the pandemic," she explains. "Naturally, my inspiration shifted to more family and childhood memories."

The album is about her family at a particular moment in time, specifically "the time we spent together when I was 5 to 7 years old. My parents split up after I went to elementary school. So those are very special moments for me," she says.

The emotional weight of the pandemic also played heavily into the lush textures of I Hope It Lasts Forever. She'd often spend most of her time on the road and in the studio, but quarantining at home in San Francisco forced her to reckon with the level of intensity she was living her life.

"I lost my job and we didn't know how the music scene was gonna be in the future. I was just so stressed out," she says. "Now I feel like maybe [the] pandemic was meant to happen so I could reflect on myself and think about my life more deeply."

Qrion admits that before March 2020, she fell victim to monkey brain. She moved quickly, tended to be somewhat impulsive, and lived a life without taking the time to pause or slow down.

Qrion's music leans toward the introspective and is deeply tied to emotional memory. The pandemic, though, allowed her even more time to meditate on how her most treasured moments could translate into a musical map of her childhood.

She didn't grow up in a traditional Japanese household. Her dad, an accomplished pianist, encouraged her to create. She discovered that she shared her father's passion when she started to write music on her phone in high school.

"I'm just really happy that I have a kind of unusual Japanese family. They didn't want me to be a doctor. Even when I tried to go to university, my dad said, 'No,'" she says, laughing. "He was like, 'Why do you want to go to university? You hate studying, so what's the point?'"
A teenage Qrion saw a college degree as necessary if she hoped for a good job in the future, but her father insisted that it wasn't the path for her. "He actually rejected me to be a student," she happily recalls. "That changed my life."

To her surprise, her mother also fully supported her artistic vision, though when she was booked to play her first gig, she was hesitant to break the news.

"I was just insecure, I think, because my friends are university students or work, and nobody does music or art. So what if my mom thinks I'm a weirdo?"

In the end, her mother was happy she was following her dream.

In addition to her family's support, Qrion's talent and hard work put her in the position to tour with Deadmau5 and DJ at lauded festivals like Tomorrowland, Hard, and Electric Daisy Carnival in Las Vegas.

Her dreamy, synth-laden deep beats have a clear link to her hometown in the mountains of Hokkaido, the northernmost island of Japan. Her love for the snowy winters peeks through in richly layered organic textures. It's something she misses now that she's living in Texas.

So it may be surprising that she fell in love with dance music when a friend introduced her to Skrillex on the bus to school in 2011. She remembers how "his music sounded like half rock music, half EDM at that time. And I really love Japanese hardcore bands, so he sounded so familiar to me but also very new."

When asked how she ended up making such lush, gorgeous music from aggressive dubstep and EDM, she pauses. She says she imagines a filter in her head that translates that energy and love for weird noises into something softer.

Still, Skrillex continues to inspire her. And when she looks to the future of dance music, she hopes that, like her, people will continue to innovate and experiment with new pathways of making people dance.

"I'm just so excited for the artists in the future," she adds. "Who will make a new genre? I feel like dance music, electronic music feels fairly infinite."
KEEP MIAMI NEW TIMES FREE... Since we started Miami New Times, it has been defined as the free, independent voice of Miami, and we'd like to keep it that way. With local media under siege, it's more important than ever for us to rally support behind funding our local journalism. You can help by participating in our "I Support" program, allowing us to keep offering readers access to our incisive coverage of local news, food and culture with no paywalls.
Make a one-time donation today for as little as $1.