Grimes Kicks Off Her Miss Anthropocene Era With Bio Haqué 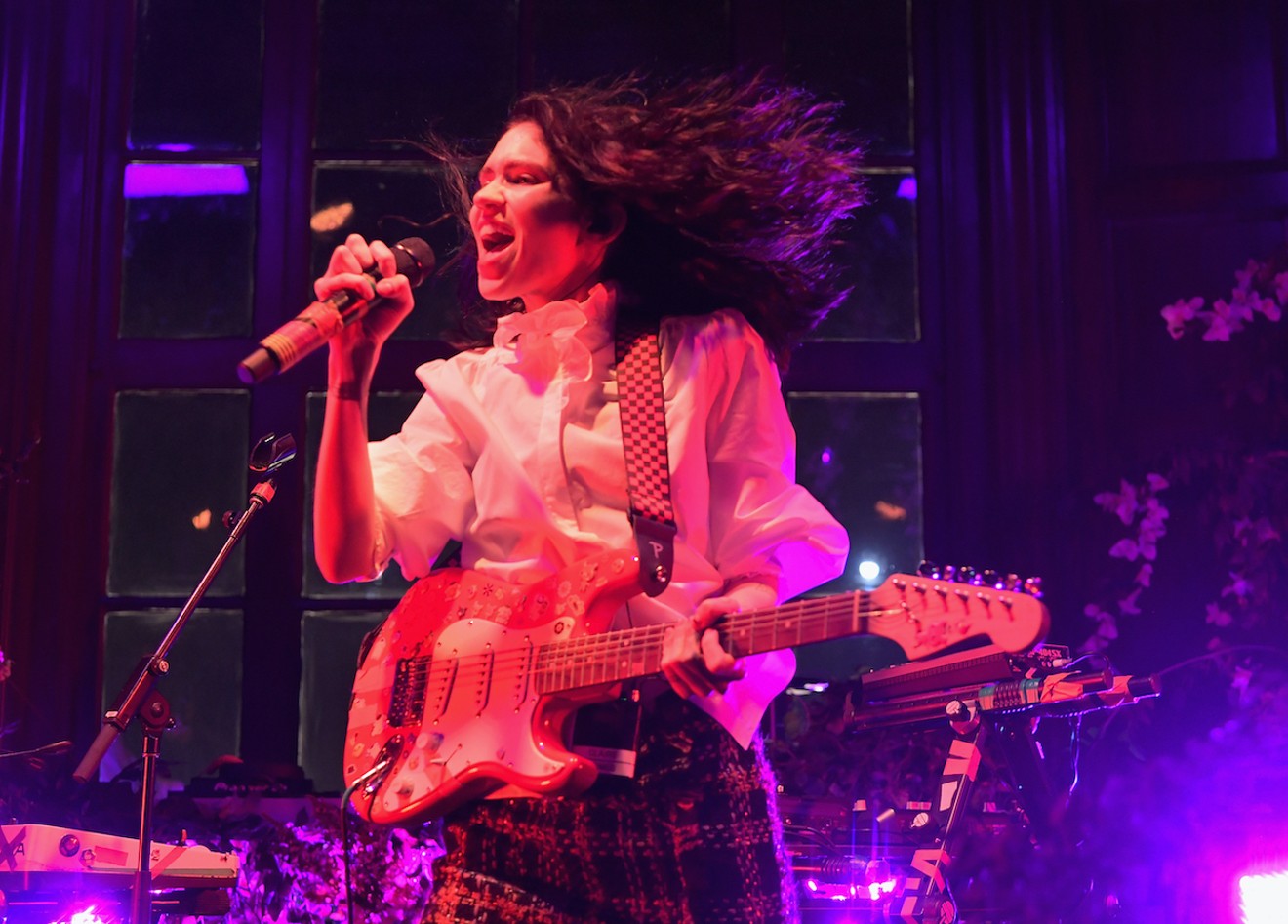 Grimes Photo by Charley Gallay / Getty Images
For many card-carrying members of Gen Z, Grimes' music served as a weird, wonderful indoctrination into the world of electronic indie-pop. Visions, her breakthrough 2012 album recorded on GarageBand in only three weeks, loudly announced her intentions to take familiar genre trappings and remold them in her own idiosyncratic image. Seven years, several records, and multiple controversies later, she's doing it all over again in the leadup to her latest album, Miss Anthropocene. Luckily for Miami, she'll perform her first show in support of the record this Thursday, December 5, with support from fellow female electronic powerhouses Sophie and Nina Kraviz.

Claire Boucher began creating music as Grimes in 2007. Citing the likes of David Bowie, Bikini Kill, and Michael Jackson as artists who inspired her music, she began posting demo recordings on MySpace. Her early works later congealed into her first LP, 2010's Geidi Primes. Having honed her abilities in Montreal’s underground experimental scene, Grimes' mixture of bedroom pop, dubstep, and '90s R&B on Geidi Primes set the standard for experimentation that would come to define her musical career.

Although Visions singles "Oblivion" and "Genesis" helped propel her to the forefront of indie music, the 2015 album Art Angels saw Grimes move in a more consciously pop direction, prompting many listeners to strip away her "underground" title.

Boucher has claimed her music as Grimes is genre-less. Because of her iconoclastic approach to her work — in addition to recording and producing her own music, she also illustrates her album covers — it makes sense she would shirk attempts to pigeonhole her project.

Thursday's show will mark Grimes' first full-fledged concert in several years. Officially announced October 2, Bio Haqué promises to be "a place where the well-proven anti-aging properties of raving have been distilled into the most potent experience available on the market today.” However, the excitement surrounding her return to the stage has come with major backlash.
This past November 22, Grimes appeared on Sean Carrol’s podcast, Mindscape, where she spoke about artificial intelligence and how it would eventually take over the music industry. “I feel like we’re in the end of art — human art,'' she said, sparking an online debate with musicians Zola Jesus and Holly Herdon.

Grimes is no stranger to controversy, lest we forget her 2013 Boiler Room set in Ibiza, the $420 Tesla stock incident, or the infamous and ill-fated Azealia Banks collaboration.

Regarding AI, Grimes also stated that “live music is going to be obsolete soon” (which is ironic because Bio Haqué was announced only a month earlier). Zola Jesus responded by calling her the “voice of silicon fascist privilege” — alluding to her boyfriend, tech giant and embodiment of cringe Elon Musk — and contending she has become disconnected owing to her increased popularity and immersion into the world of tech-oriented capitalism.

Though Zola Jesus raises valid points that aren't disproven by Grimes' deliberate vagueness regarding where she views herself within the music industry — likely to retain her indie label while producing more mainstream-adjacent music — this doesn't mean Grimes has necessarily fallen into a purely money-driven career.

Even with her rise in visibility over the years and shift into the mainstream, it cannot be forgotten that Grimes and Claire Boucher are two separate entities. When deciding which musical artists to support, listeners weigh many factors, ranging from political views to artistic aesthetic and presentation. Though Zola Jesus's tweets on the subject are thought-provoking, it's ultimately up to fans to decide where their allegiances lie. After all, art is subjective.

Inarguably, Grimes has worked hard to cultivate the praise and popularity she enjoys. Through her acclaimed discography, public remarks, and many collaborations with prominent entities such as Apple and Netflix, she has gained recognition beyond her music. All the while, regardless of what critics might say, she has ultimately remained the same: eminently unpredictable. There's no reason to believe Bio Haqué or Miss Anthropocene — her fifth studio album, due for release in February 2020 — will be any less notable than anything Grimes has shared thus far.

Bio Haqué. With Grimes, Nina Kraviz, and Sophie. 9 p.m. Thursday, December 5, at the RC Cola Plant, 550 NW 24th St., Miami. Tickets cost $30 to $70 via showclix.com.
KEEP MIAMI NEW TIMES FREE... Since we started Miami New Times, it has been defined as the free, independent voice of Miami, and we'd like to keep it that way. With local media under siege, it's more important than ever for us to rally support behind funding our local journalism. You can help by participating in our "I Support" program, allowing us to keep offering readers access to our incisive coverage of local news, food and culture with no paywalls.
Make a one-time donation today for as little as $1.