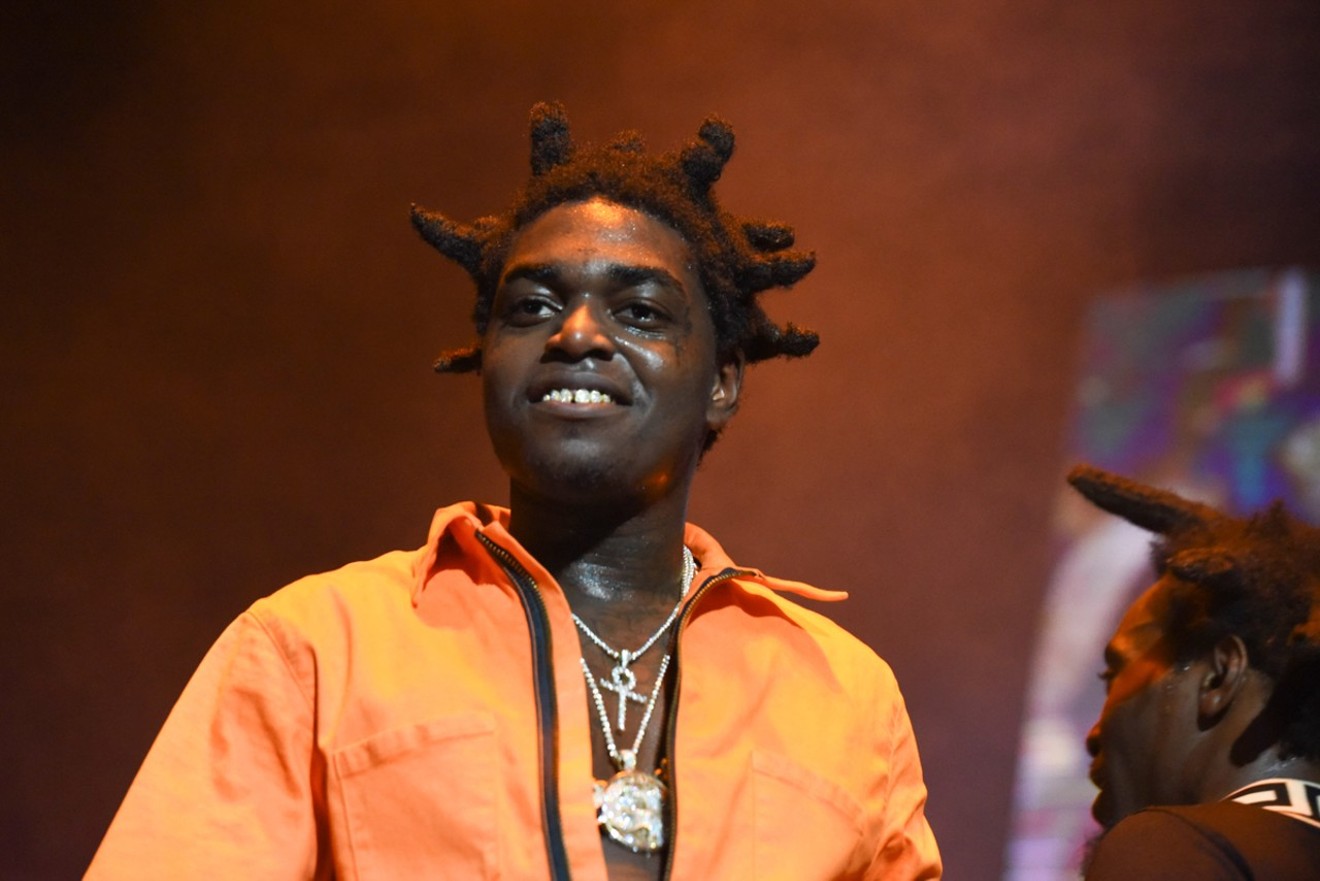 Apparently, he's also not a fan of his birth name, Dieuson Octave. He recently changed it. Say goodbye to Dieuson and hello to, um, Bill.

Yes, according to TMZ, his new name is Bill K. Kapri, although he will continue to use his rap name professionally. No reason was given for why he chose that name (dollar bills? Bill Clinton? maybe he's a Buffalo Bills fan?), but the rapper wanted a "fresh start" amid his multiple legal issues, according to his attorney, Bradford Cohen. Kodak (Kapri? Octave?) was recently sentenced to a year in jail for possession of marijuana and a stolen firearm while on probation after taking a plea deal. He's serving the sentence in the Broward County Jail. He will remain there until at least October.

He was indicted by a South Carolina grand jury in 2017 on first-degree rape charges after he allegedly held down a teenage girl in his hotel room, bit her, and forced her to have sex with him. He faces up to 30 years behind bars if convicted.

This is not the first time he has tried to change his legal name. After doing time for a house-arrest violation in 2017, he attempted to change his name to Bill Kahan Blanco. Years before that, there was this cryptic lyric off the 2016 track "Gave It All I Got," from the Lil B.I.G. Pac mixtape: "Young nigga, I just wanna lay low and chill/Hoe, don't call me Kodak/I told you call me Bill."

So after years of waiting, Kodak's dream of being Bill is finally a reality. We look forward to people chanting, "Bill! Bill! Bill! Bill!" at him like he's Bill Nye the Science Guy.