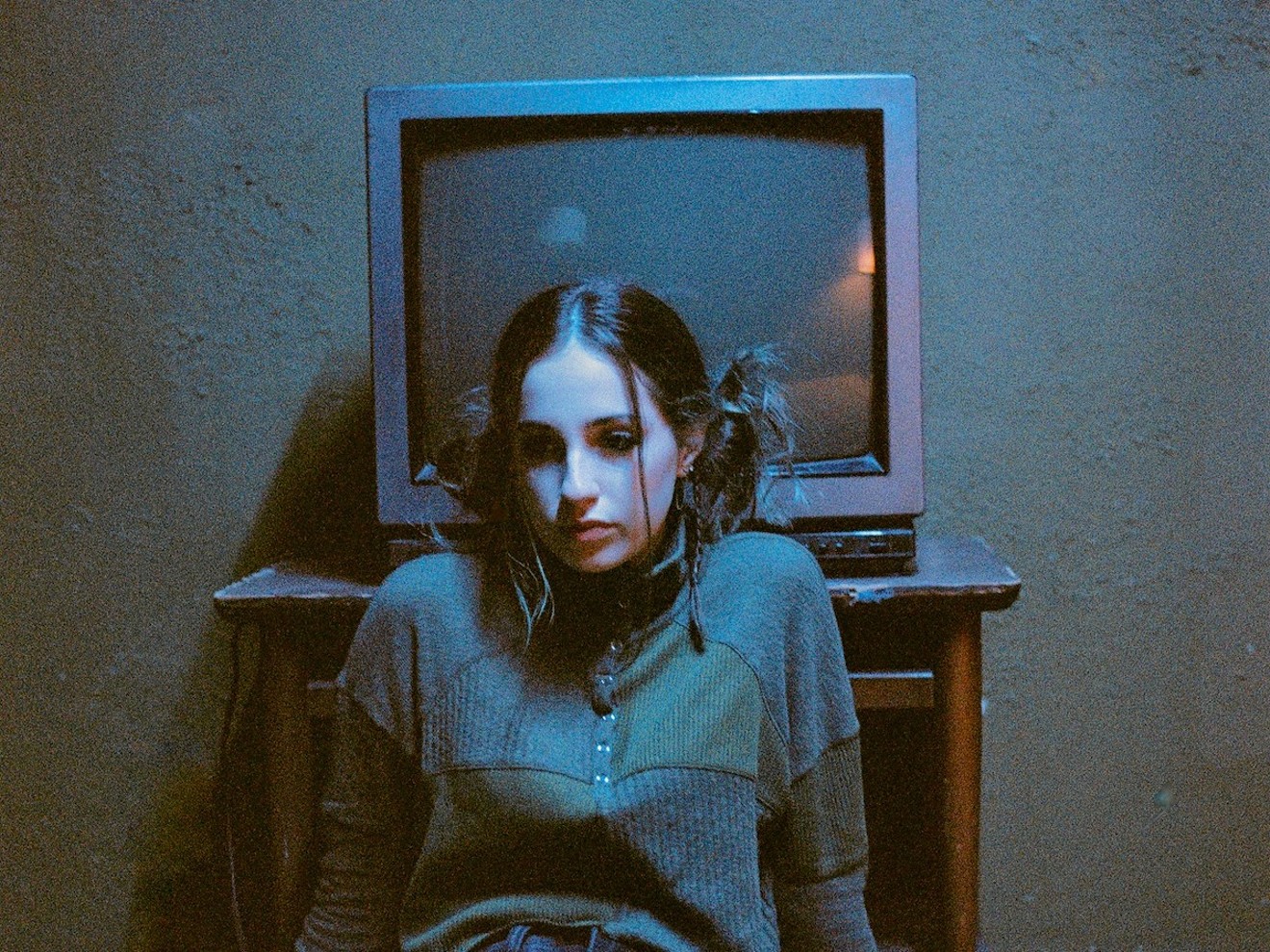 Ayleen Valentine Photo by Caity Krone
Singer and producer Ayleen Valentine loves to watch videos of her favorite artists before she takes the stage, listing a who's who of famous rock stars that inspire her. "Thom Yorke of Radiohead. Mitski. I used to love Kanye — not so much anymore. James Blake. Axl Rose is very theatrical. Fiona Apple is cool and very scary," she says.

But while growing up in Miami, another (semi-fictional) singer first made her pick up a microphone.

"Hannah Montana was my first musical obsession. I forced my sister to dance with me to her songs. I'd make all of my family pay me to sing her songs," she says of Miley Cyrus' Disney Channel alter ego.

As a sixth grader, Valentine auditioned for the theater and music programs at the Miami Arts Charter School in Wynwood. She played saxophone for eight years and evolved into music production by her junior year of high school. After graduation, she pursued higher education at the behest of her family.

"My mom really wanted me to go to college," Valentine adds. "I got into the only school I applied for, Berklee College of Music. I tried it, but I didn't like it, and I dropped out and moved to Los Angeles."

Now 21, Valentine released Tonight I Don't Exist, a dreamy seven-song EP of bedroom pop, last year. "I wasn't planning to put out an EP," she explains. "I wrote all the songs while I was in L.A. I cried while making each of them, which is when I know I'm doing something right. It was therapeutic."

Despite the songs' emotional response, the songwriting process differed from track to track for Valentine.

"Sometimes I sat [with a] guitar and [wrote] the lyrics and the melody first. Usually, I come up with the beat and produce the song, and then I do the lyrics," she explains.

Last month, she released the video for "Next Life," a track off the EP.

"I had released the song in June, so I was sick of the song, but the director had a cool idea that reignited my excitement for the song," she says. "I'm dancing with a masked figure that represents my depression in a really '90s grungy space. I had to run miles for this video."
Valentine didn't have to reignite any feelings for the new batch of songs she's planning to release in 2023. "We're going to put out packages of songs. We'll have two songs and a video coming out in the next couple of months," she adds.

She describes one of the songs, "Stars," as "more electronic and really weird." The other new track, "Anesthetized," helped improve her vocabulary.

"I started it with a beat. I laid down drums and a piano part, then I riffed for lyrics," Valentine explains. "The word anesthetized popped into my head. I didn't know what the word meant. I looked it up and wrote a song about it."

While she enjoys Los Angeles and seems inspired by her year and a half in California, Valentine still has plenty of love for her hometown.

"There's a lot of similarities between Miami and L.A. Lots of different cultures in both. I like Miami better, but I enjoy L.A. It gets a bad rap," she says.

Both cities also inspired Valentine to try her hand at producing Spanish-language music.

"I grew up with Latin music, so I would like to make some music in Spanish," she says. "I have tried to write songs before in Spanish. It feels weird, but I think I can do it."
KEEP MIAMI NEW TIMES FREE... Since we started Miami New Times, it has been defined as the free, independent voice of Miami, and we'd like to keep it that way. With local media under siege, it's more important than ever for us to rally support behind funding our local journalism. You can help by participating in our "I Support" program, allowing us to keep offering readers access to our incisive coverage of local news, food and culture with no paywalls.
Make a one-time donation today for as little as $1.