Savannah Cristina’s Latest EP, Self Care, Gives Us All the Feels 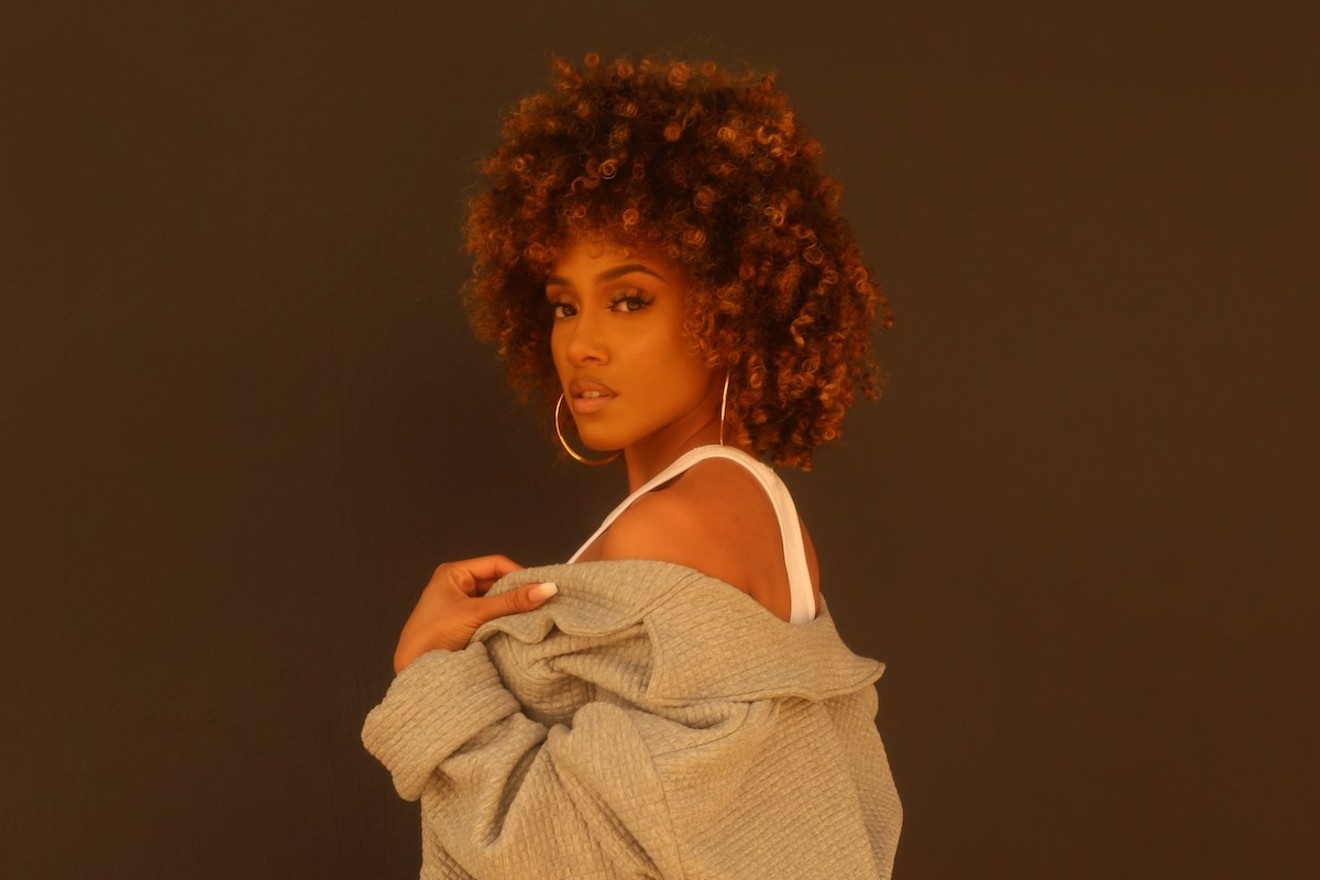 Savannah Cristina's EP, Self Care, chronicles a roller coaster of emotions and personal confessions. Photo by Breyona Holt
Since making her debut in 2016, R&B singer Savannah Cristina has made audiences swoon with her emotive songs, silky melodies, and velvet voice. It's her commitment to staying a true Florida girl throughout her blossoming career that keeps her fans dedicated. But it's her recent EP, Self Care, and its articulations of the soul, that explain their affinity.

The 23-year-old Broward native, who defines her sound as "soul therapy," has always used her music as a guide to self-reflection and healing. Though she started out as a poet, Cristina's songwriting abilities — coupled with her experience growing up in the Fort Lauderdale neighborhood of Melrose Park — have evolved into her musical framework.

The woman reflected in Self Care chronicles the reconciliations of heartbreak, loneliness, and love. The intro track, "Self Love," is a soulful meditation of choosing oneself wherein Cristina decides she’s better off single than accepting subpar treatment from a significant other. On “Doin Me,” instead of begging for unrequited love, she opts to avenge a rake by playing the rules of his game. “You say that I drive you crazy/This is your lane,” she sings over the sound of sinister violins.

Cristina amplifies the same impassioned confessions that underscored her earlier independent projects, 2017’s Mango Season and 2018’s Florida Girl. The only difference: She was a college student at Florida International University back then, contemplating a law career and working part-time to support herself. Music was a hobby and an avenue for self-expression.

“When I released them, it was for me and my supporters, and they were just pieces of my diary,” she explains. “When I used to drop my EPs, it was very homegrown. Sometimes I would get beats from YouTube, and sometimes my friend down the street would have a beat for me.”
The political science graduate leaned into that raw approach when she released a series of viral acoustic performances on YouTube last fall. Each song was performed against compatible backdrops — a basketball court provided context for “Rebound,” and a busy highway made “Belong to the Streets” palpable. Here, in the visuals for "Self Care," soft waves crash onto the shore as Cristina makes a commitment to herself. The halcyon invocation amassed more than five million views and earned her accolades from R&B titan Alicia Keys.

“I get the most inspiration from places that are the most organic to me," she says. "With ‘Self Care,’ that beach was a beach I skipped school to go to since I was 15. The second I’m far away from my origins, that’s when I lose my inspiration."

The therapeutic melody also confirmed music was more than an outlet for the then 22-year-old.

“When I saw the way it was going up, I was like: Dang, I can really keep doing this over and over again and make this my full-time career,” she elaborates.

When the pandemic hit and quarantine mandates devastated fledgling artists, Cristina took advantage of her online visibility, releasing an intimate video for the single “Comfortable.” She followed it up by linking up with Flo Milli for her follow-up single, “F’d Up,” a confident girls' anthem that arrived just in time for summer. Her resourcefulness augmented a string of virtual shows, including a picnic-themed performance she recorded for the Roots Picnic 2020 and a live mini-concert for RnBae’s Digital Love Fest. Her urge to perform on a stage again sparked the idea for a drive-thru performance at Dezerland Park.
The event served as a teaser for her debut EP on Warner Records and the release of a video for the project’s single, “Gold Mine,” a romantic spin on Bootsy Collins' “I’d Rather Be With You” and Adina Howard’s “Freak Like Me.”

“We really had to get in tune with nature and the things that were natural to us. It was amazing that we were able to execute such a romantic but playful scene. It’s one of my favorite videos I’ve recorded so far,” she says of filming "Gold Mine" with her fiancé.

Two of the EP's seven tracks, “That’s Real” and “Healing,” convey the complexities and euphoria embedded in her consciousness.

“‘That’s Real’ comes off very old-school. It’s just so dreamy, and that song was the most fun. I recorded it in California and was inspired by Miseducation of Lauryn Hill when I wrote it,” she says. “'Healing’ was the saddest to record. It was very visual. There were so many different nuances in that song, and I pretty much cried recording that song.”

Bearing influences from a range of sounds — from Jill Scott to Erykah Badu, Beyoncé, and PartyNextDoor — Self Care marks Cristina's metamorphosis into R&B and soul’s next rising act, and more of the deeply introspective works her fans have come to expect.

“Throughout life and being a woman, I had to go through those phases where I was alone. In all those instances of being alone, I was able to tap into a deeper strength within myself, and it became my solution to everything,” she says. “I’ve never used outside sources because I noticed everything else can fail you, but you’ll never fail yourself.”
KEEP MIAMI NEW TIMES FREE... Since we started Miami New Times, it has been defined as the free, independent voice of Miami, and we'd like to keep it that way. With local media under siege, it's more important than ever for us to rally support behind funding our local journalism. You can help by participating in our "I Support" program, allowing us to keep offering readers access to our incisive coverage of local news, food and culture with no paywalls.
Make a one-time donation today for as little as $1.