Davo Aims to Introduce the World to Psychedelic R&B 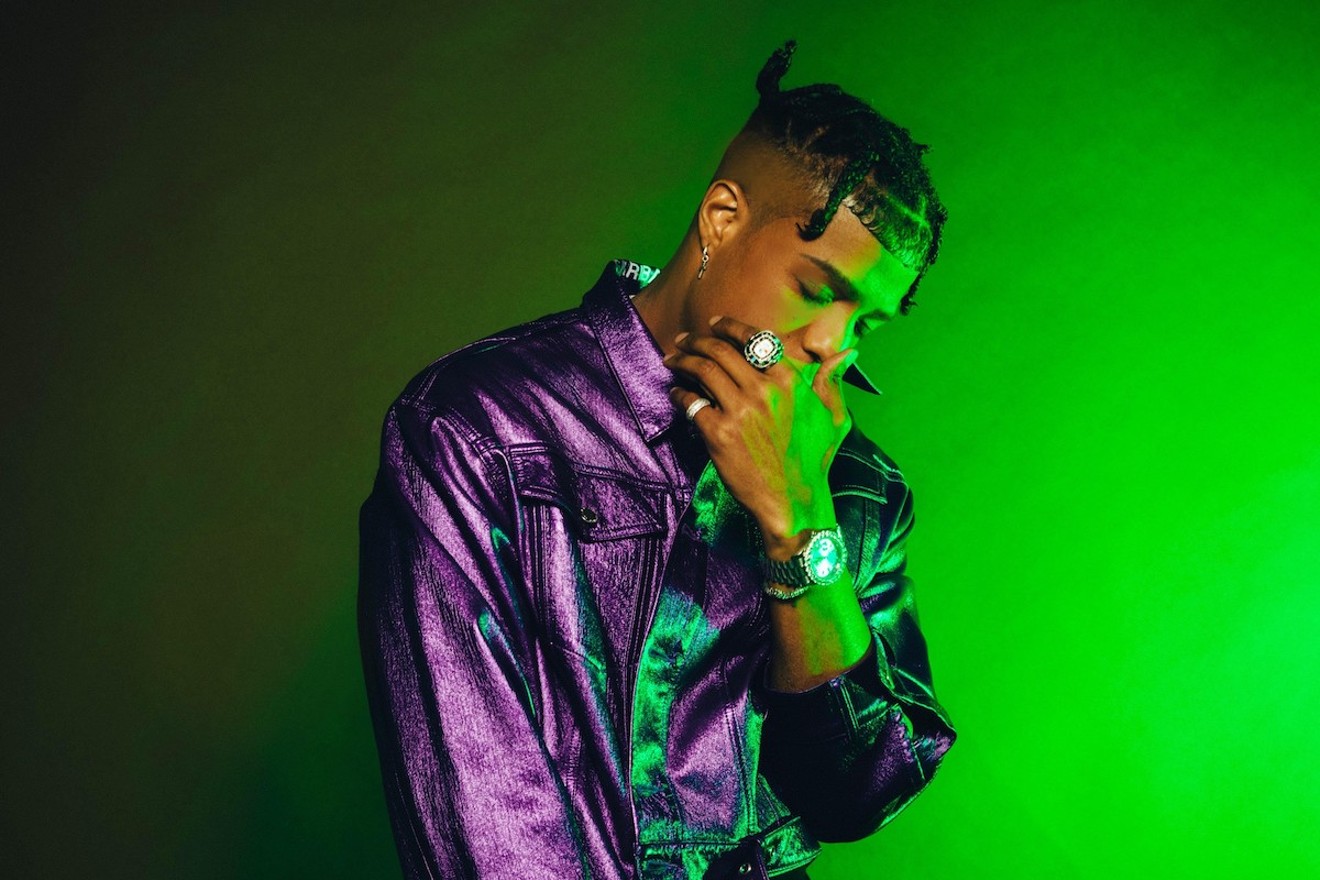 Davo recently released a single, "Say Something," and his debut album, LXD, will soon follow on the One Umbrella label. Photo by Mid Jordan
Since its inception in the 1940s, R&B has continued to stretch its borders, most recently with a surge of experimental artists. One act after another, fans of the genre are treated to new interpretations; witness the futuristic-soul/funk mashup of Sebastian Mikael or the gospel-laced R&B riffs of Samoht. The same can be said about Davo, Tory Lanez’s longtime producer, friend — and, most recently, a recruit to One Umbrella, Lanez's independent label.

Born David Kerr in Kingston, Jamaica, to a father — Junior Marvin — who was a guitarist and backup singer for Bob Marley and the Wailers, Davo comes by his musical lineage honestly.

“As a kid, I didn’t realize how much of a big deal that was because I just so used to it,” Kerr says of his dad's direct connection to the reggae legend. “He had every instrument in the house. My mom told me I used to play these drums called the djembe drums from Africa. I used to watch performance tapes of my dad and copy the drummer — I was two years old, playing drums in my diapers.”

As he got older, he migrated to guitar and piano. But it wasn’t until his family picked up and moved to Miami that Davo befriended a neighborhood kid who'd play a pivotal role in his evolution as a musician.

“I met Tory Lanez in middle school, and Torey was around 10 or 11 years old," Davo remembers. "He would come over all the time because he and my brother were like best friends. They would rap and freestyle in the studio."

Their days experimenting in Marvin’s studio eventually came to an end when Davo moved to New York and Lanez moved back to Toronto in his native Canada. While in New York, Davo says he began studying traditional hip-hop and immersed himself in some of the city’s most talented rappers — Method Man, 50 Cent, Cam’ron, and the rest of the Dipset crew — to improve his freestyle, flow, and pockets. A few years later, serendipitous timing reunited him and Lanez after both moved back to Miami, which led to Davo earning production credit on Lanez’s 2013 mixtape, Conflicts of My Soul.

After that, Davo became a valuable collaborator for Lanez, working on a slew of projects, including “Super Freak” featuring Rick Ross on The New Toronto 2 mixtape and “Connection” featuring Fabulous and Paloma Ford from Lanez's sophomore album, Memories Don’t Die. Last year, the two teamed up for Davo’s official introduction on the single “Pull Up,” a Smash David-produced cut that has amassed more than 1.2 million views on YouTube for its melodic, trap sound and Davo’s entrancing vocals.
Now Davo is eager to introduce new fans to the offshoot genre he calls psychedelic R&B, in the form of his forthcoming debut album, LXD — a tongue-in-cheek acronym for which you can pick your own duality, be it light and darkness or life and death.

“I like music where you can listen to it and get lost," Davo explains. "With my music, I feel like you can close your eyes and listen to it and literally go on a trip, get something from it, and bring it back. Like when you go on vacation and get a souvenir, you’d go on this trip and come back with a peace of mind.”

His new single, “Say Something,” provides the sonic alternative to a drug-induced high. Inspired by Sade’s sophisti-pop R&B, Kerr embellishes his vapory melodies with a trippy beat swallowed in ethereal guitar licks. The rest of the album delivers similar hypnotic effects in tracks like “By the Valley” and “Señorita,” the latter a song about a Miami Bonnie and Clyde that features his father on guitar.
When the topic turns to his collaborators on an album Davo says was five years in the making, he casually name-drops a lineup that includes some of hip-hop's biggest names. Among those you're likely to see: producer Foreign Tech and, if all goes well, a verse from rapper Rich the Kid on a track called “Scarface.” Owing to mixing issues (and his pursuit for perfection,) Davo says he’s not sure whether he'll release the Rich the Kid collaboration.

Davo and his team are at work on the music video for “Say Something” and other tracks from the album. Beyond that, the artist says he has a plethora of music cued up for release, and that his next projects will pivot in a different direction involving a mashup of '80s pop, hip-hop, and soft rock.

“I want to keep switching up my styles,” he says. “I like music so much that I want to show I’m versatile. I want to hit every base and have people who don’t really like soft pop or rock be like, ‘Damn, I really like this.’”
KEEP MIAMI NEW TIMES FREE... Since we started Miami New Times, it has been defined as the free, independent voice of Miami, and we'd like to keep it that way. With local media under siege, it's more important than ever for us to rally support behind funding our local journalism. You can help by participating in our "I Support" program, allowing us to keep offering readers access to our incisive coverage of local news, food and culture with no paywalls.
Make a one-time donation today for as little as $1.