Angelic Montero Filters Y2K Aesthetic Through a Gen-Z Lens on You Get Me? Mixtape 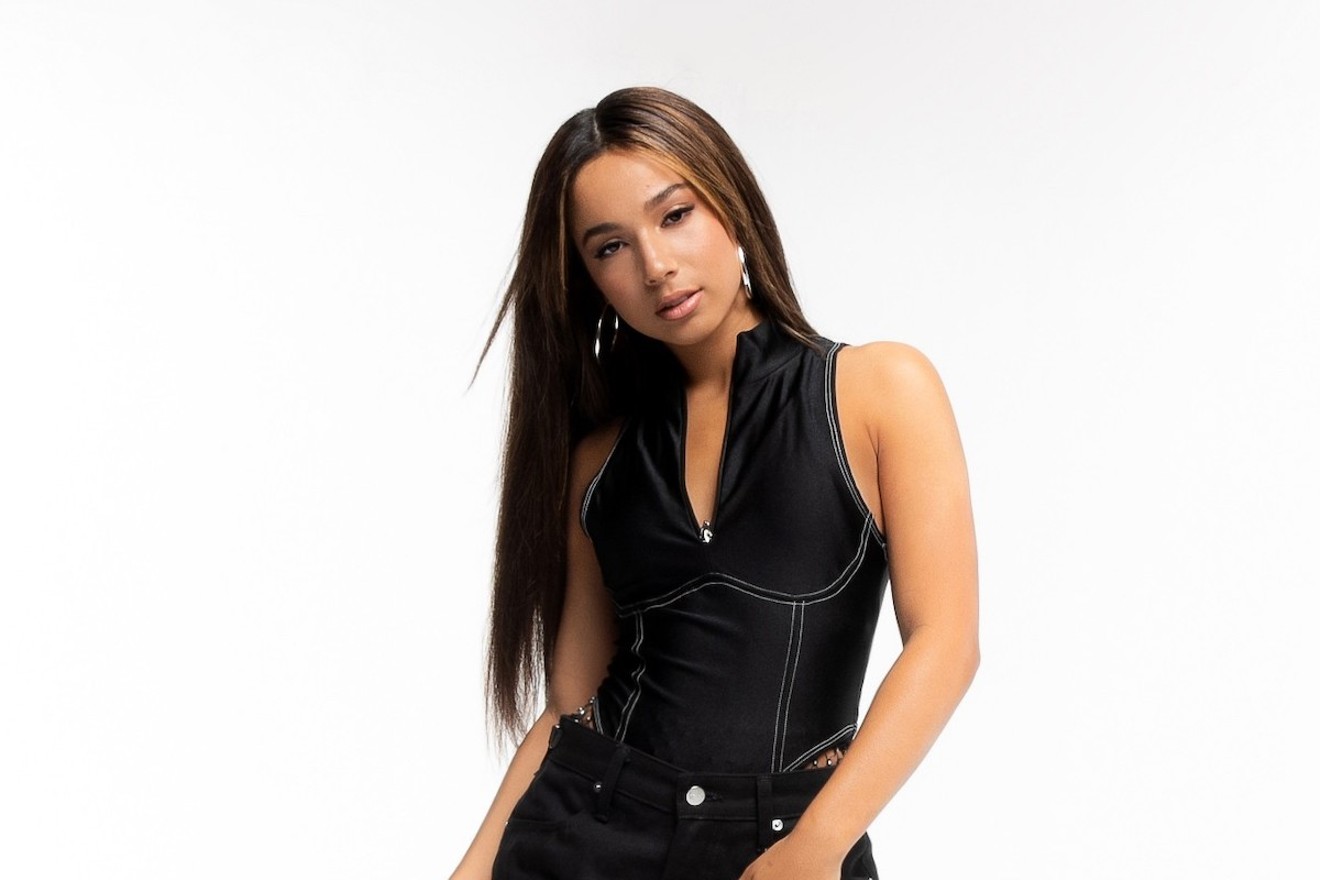 Singer and internet personality Angelic Montero Photo by Bethany Vargas
At 16 years old, Angelic Montero's music borrows from a time period she wasn't around to experience for herself.

It's apparent on You Get Me?, her debut mixtape released last month. Through its eight tracks, Montero flips classic late-'90s, early-2000s pop and R&B songs, transporting listeners back to when velour tracksuits and tiny dogs in tiny purses were a thing. The mixtape's cover is reminiscent of the Y2K aesthetic adopted by singers like Aaliyah and Jennifer Lopez.

You Get Me? showcases Montero’s smooth, lush vocals that radiate empowered heroine energy. Songs like “Cater 2 Me” and “Hit Different” touch the sweet spot between catchy bop and emotional lyrical track. On "My Love," a cover of Jennifer Lopez's “If You Had My Love,” Montero slows down the originally midtempo track into a slower R&B cut sounds more aching. At the same time, on "Forever," which interpolates Shakira's "Whenever, Wherever," she comes as absolutely confident in what she wants.

Montero’s musical mining of the Y2K era — a time when the internet was so new that people anticipated their computers would malfunction upon the arrival of the year 2000 — seems fitting for someone who's resolutely part of Gen-Z. One needs to only look at Montero's contemporaries like Billie Eilish to see that this always-on-the-internet generation seems to have an affinity for the time before smartphones and TikTok.
Raised in Miami — with the Miami accent to prove it — Montero grew up surrounded by the Latin and R&B music influence of her Venezuelan mother. Impacted by the vocal powerhouses such as Mariah Carey and Beyoncé, Montero started singing covers at eight years old and uploading the videos to YouTube.

“By the third cover, we had 25,000 views overnight," she says. "We just kept going, and I ended up with two million subscribers.”

Her cover of the Trolls song “Get Back Up Again,” originally sung by actress Anna Kendrick, racked in over 13 million YouTube views on the Peacock Kids channel. Her cover of Ariana Grande’s “Problem” reached 25 million views. When she was 13, Montero moved to Los Angeles to pursue her musical career.

Her strong YouTube following created the foundation for her current half a million followers on Instagram and 117,000 followers on TikTok. On both apps, Montero exhibits the quintessential Gen-Z mode of operation: She connects her social media fans to her music, keeping fans who have known her since her early YouTube days interested in her new projects.

“Who's been here since her song “Roar” by Katy Perry?” one commenter asks on her most recent music video for “Y U Wanna.”

The connection between an artist's social media presence and their career success has only continued to strengthen. This is especially apparent on TikTok, where songs that trend on the app quickly become chart-toppers. The most recent evidence of this is Fleetwood Mac's "Dream" reentering the Billboard Hot 100 for the first time since 1977 after a viral TikTok.
“TikTok definitely has a lot of influence in music,” Montero admits.

In May, social media star Charli D'Amelio used Angelic’s song “Cater 2 U” in one of her TikToks. At first glance, this may not seem momentous, except that D'Amelio is the most-followed people on the platform with an impressive 90 million followers. Currently, over 13,000 TikToks are using “Cater 2 U.”

Still, internet fame has never detoured Montero from pushing forward with her goal of having a lasting music career.

“What makes me want to do this and keep going is my fans," she says. "They keep me motivated.”

Eventually, Montero hopes to release music in Spanish and embark on a South American tour whenever it's safe to travel again. She also hopes to spend more time in her hometown once she turns 18, adding that she misses not only Miami's food and culture but also the humidity.

Until then, Montero plans to fulfill the ritualistic duties of many 16-year-olds: passing her driving test.
KEEP MIAMI NEW TIMES FREE... Since we started Miami New Times, it has been defined as the free, independent voice of Miami, and we'd like to keep it that way. With local media under siege, it's more important than ever for us to rally support behind funding our local journalism. You can help by participating in our "I Support" program, allowing us to keep offering readers access to our incisive coverage of local news, food and culture with no paywalls.
Make a one-time donation today for as little as $1.