Le Poodle Finds Inspiration and Comfort in Her Bedroom 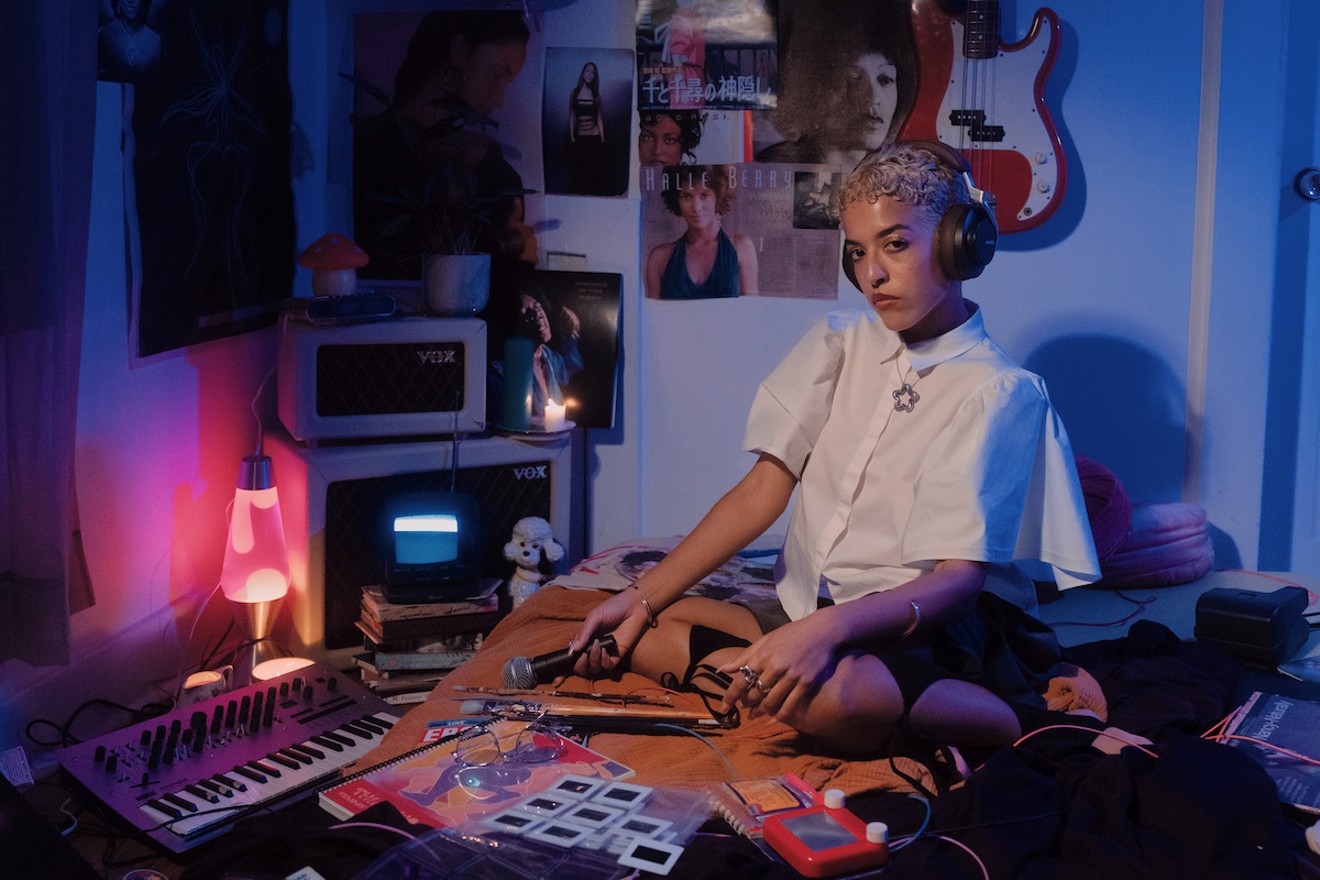 Le Poodle Photo by Yajaira Sattui/@imyajaira
Earlier this year, when Natalie Foucauld won her Best of Miami as the city's "Best Pop Act" for her music project Le Poodle, New Times called her out about the long spans between her releases. But Foucauld has a good reason for it.

"I'm like, 'The tabloids are coming for me!'" she says, laughing about the remark.

"Being an artist was not an option for me," Foucauld says of her upbringing. Growing up as a second-generation immigrant, she felt the pressure of pursuing a more traditional career path that guaranteed financial stability.

While the 31-year-old singer-songwriter is thriving in her medical career, Le Poodle gives her an outlet to express herself creatively. And music isn't just a mere hobby for her. Foucauld admits to being fascinated by pop songs' structures and how they work. As a young girl, she idolized pop stars like Britney Spears, Mariah Carey, and Christina Aguilera.

Despite her unsteady flow of releases, Foucauld's latest EP, Opinions From My Bedroom, was conceived well before the pandemic shut everything down in 2020. And during the lockdown, she found herself writing a lot. (Despite being on-call as a first responder during the pandemic, Foucauld says the state never reached out to her.)

"I had to sift through like 160 Abelton sessions," she explains. "Some of them were loops, others were actual songs, and some were just ideas."

With the EP taking three years to complete, "Whales" was the only track Foucauld worked on early on, with the rest of the tracks coming together relatively recently. She attributes that to the writer's block she suffered while at home. It wasn't until the beginning of 2022 that she noticed a shift and started to work through the obstacles to complete the project.
"At the beginning of this year, there was some shift and I started finishing things," she says of the record. "I just kept recording and sifting through what I had." Foucauld also sought input from her closest confidantes to give their honest opinion of the direction she was heading. "I live alone, so sometimes it's hard to have an objective view of your music when you're just listening to it 24/7."

Foucauld was hoping to complete the EP before her appearance at III Points last month, but at the same time, she was careful not to feel like she was rushing into things. "It's a mistake I've done in the past: rushing it and not feeling satisfied with what I'm putting out and not having the energy to promote it because I'm already not feeling it," she adds.

Out of the self-imposed deadline came Opinions From My Bedroom, a seven-track offering of bedroom pop. Foucauld's vocal delivery is still as confident as ever, with the production veering into lo-fi territory without sounding like an unfinished demo. Highlights include the sultry "Hold Me Closer," the folky "Heavyweight Champion," and the alternative R&B cut "Should We Chill?"

The record was self-produced by Foucauld with help from her former Cloud Solo band member Richy B. "Sometimes I would bring [Richy] in the studio to see if he could add anything," she says. "He's good at everything, but what he's really good at are piano and guitar."

The EP's title also came from Foucauld's isolation from the world during the pandemic. "It spawned from people being so bold of saying things so casually online," she explains. "That concept was very interesting to me, how our egos take on this crazy, dangerous persona because of technology." For Foucauld, people's audacity online comes from a place of fear and deflection of sitting alone with one's thoughts.

The name also stems from her thoughts of her bedroom serving as a space away from her parents and school. It was the one area where she could expect her privacy to be respected and served as a place of both comfort and pain. "[The record] has a lot of themes of heartbreak, introspection, and vulnerability," she notes.

While her day job doesn't allow her to take her music on the road for an extended period, Foucauld still hopes to do a few more music festival appearances and perhaps travel to the South by Southwest to network. "Honestly, if I do have an opportunity and I'm able to support my life, I would be an artist full-time," she says.
KEEP MIAMI NEW TIMES FREE... Since we started Miami New Times, it has been defined as the free, independent voice of Miami, and we'd like to keep it that way. With local media under siege, it's more important than ever for us to rally support behind funding our local journalism. You can help by participating in our "I Support" program, allowing us to keep offering readers access to our incisive coverage of local news, food and culture with no paywalls.
Make a one-time donation today for as little as $1.