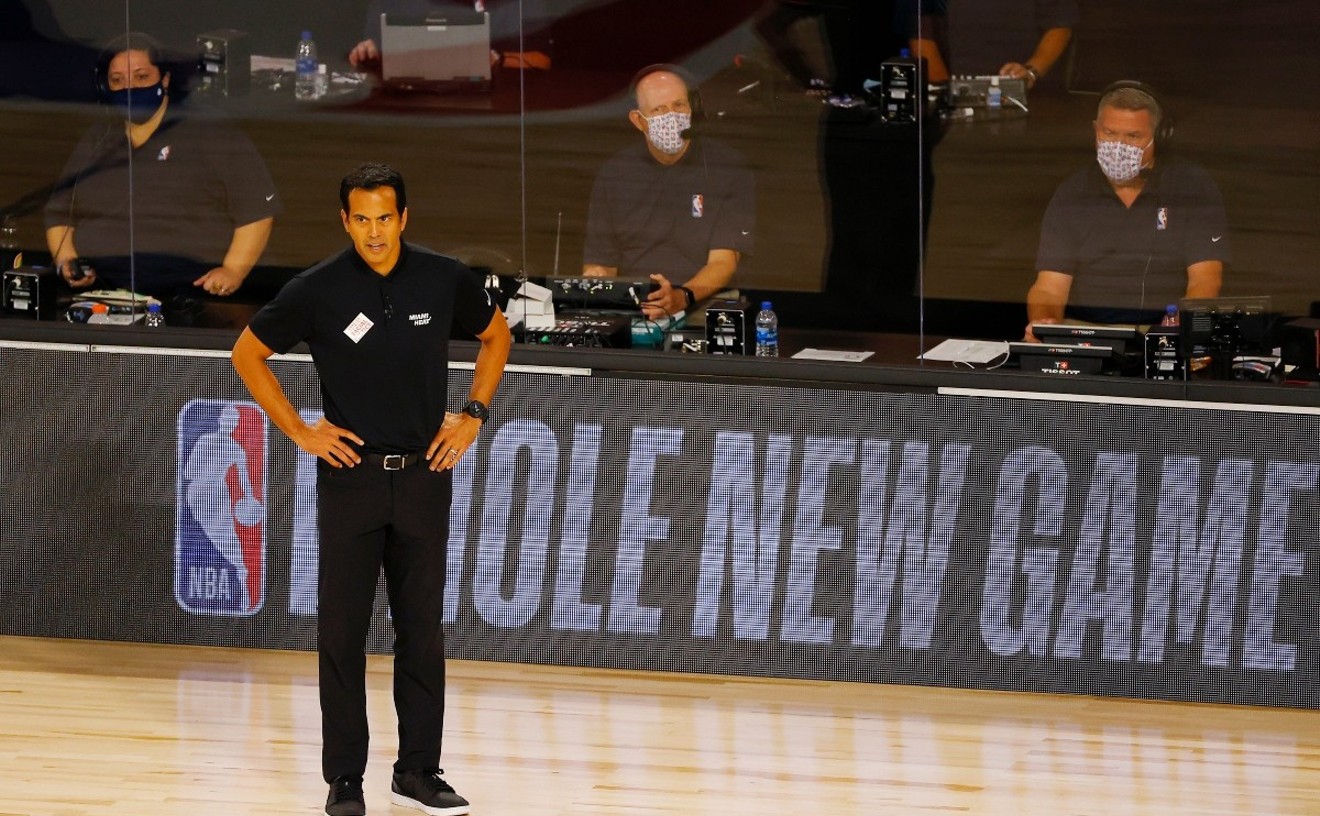 If there was ever a year for Erik Spoelstra to be named Best Coach in Miami, it would be following a season that saw the Miami Heat finish as the first seed in the Eastern Conference, and more important, he was voted by the NBA as one of the top 25 coaches in its history. Yeah, decent 2022 for Coach Spo. In yet another example of his greatness, Spoelstra made headlines this year by leading a roster made up of a majority of undrafted players to the best record in the East, even as "experts" doubted Miami would remain in the top spot for most of the year. For any other coach, a 53-29 season would be the pinnacle of their career and a jumping-off point. For Spoelstra, it's just another notch on his Hall of Fame coaching career belt. Hats off to one of the greatest coaches to ever do it, in any sport, anywhere. 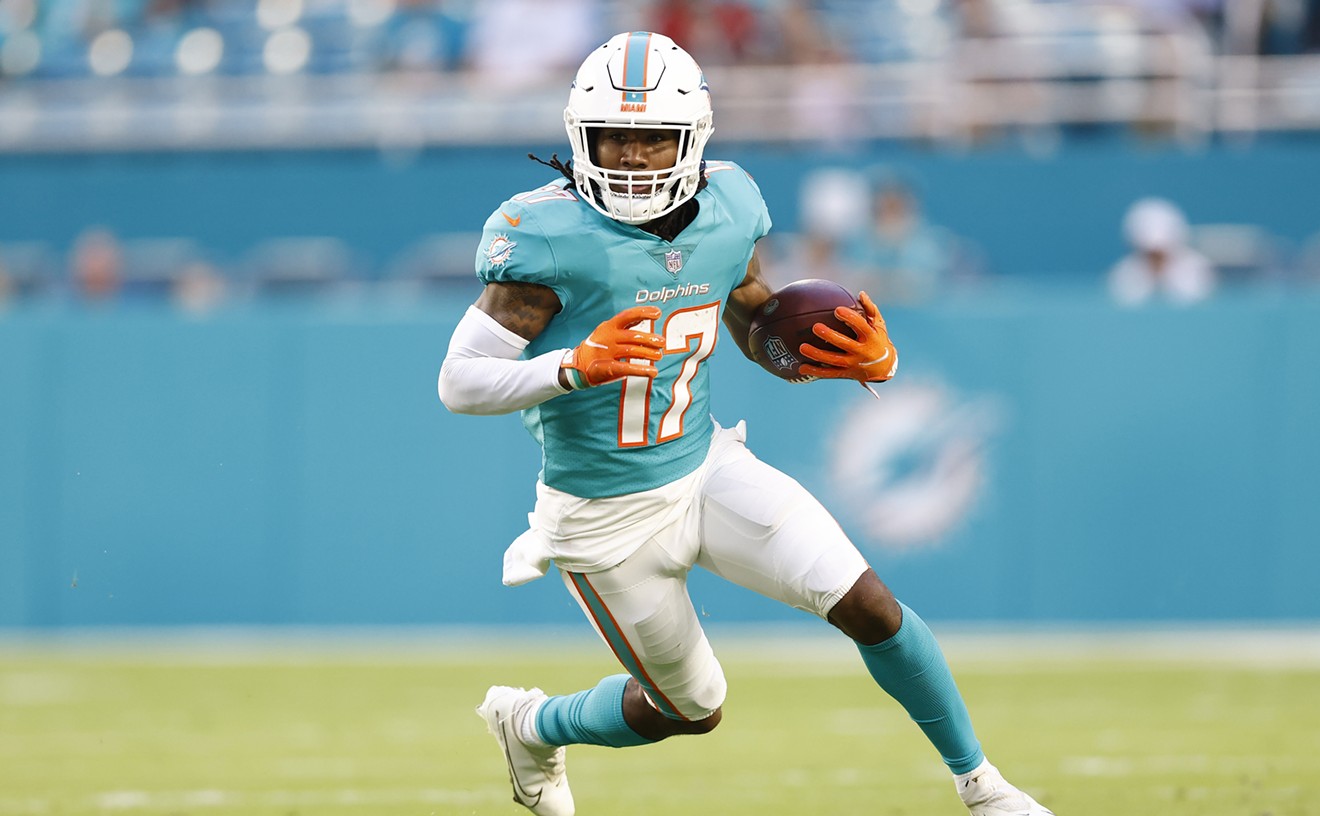 Jaylen Waddle entered his 2021 rookie season with a lot of hype surrounding him and what he could bring to the Dolphins' offense. He has delivered on the promise of his stellar play, and then some. Waddle, a finalist for NFL Rookie of the Year, finished the season with 104 receptions – the most by a rookie in the sport's history – but his true impact came as a dynamic playmaker that defenses had to respect, which opened up the Phins' offense that the franchise had desperately missed. Waddle enters this upcoming season as an established threat, and a cornerstone of the Dolphins' future. Not bad for a first-year player, and just the beginning of a beautiful career in Miami. 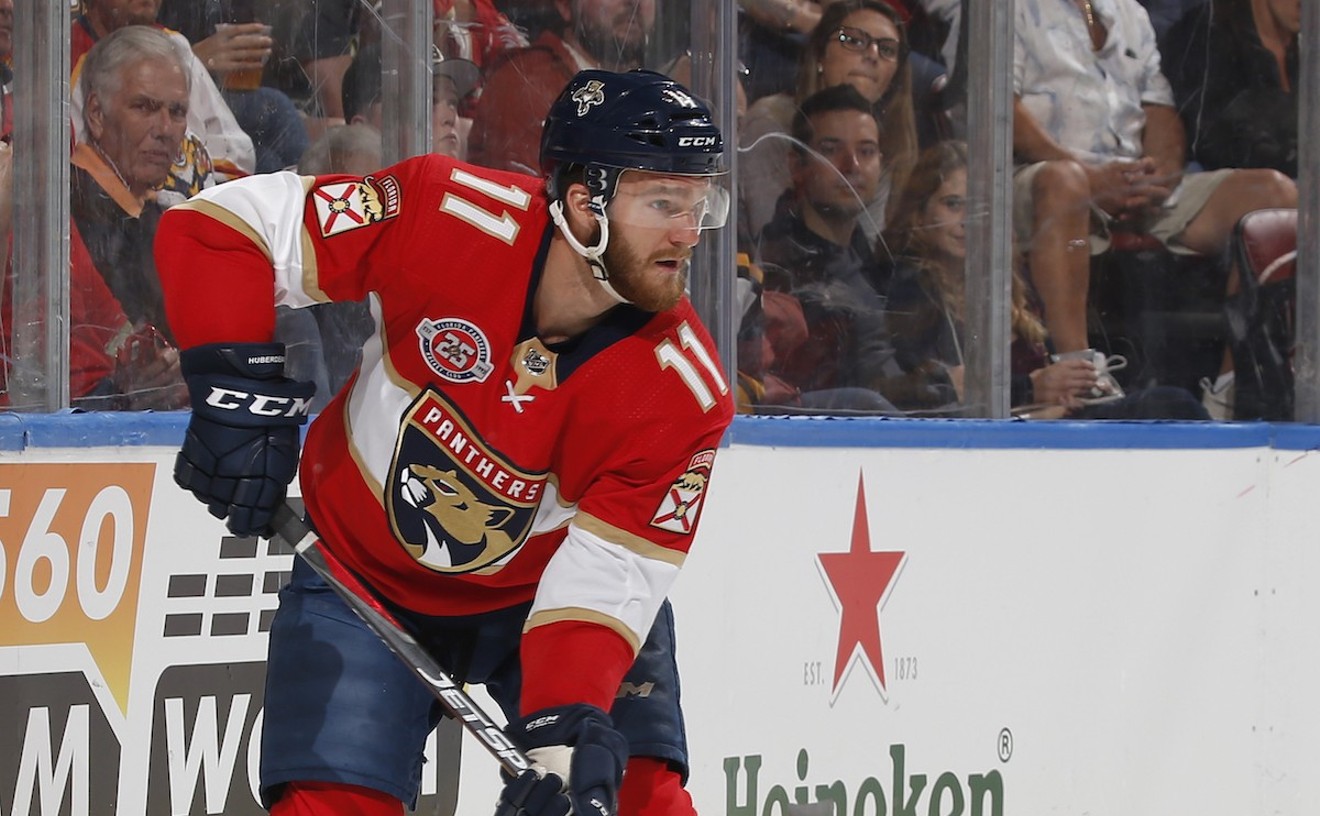 Like his Panthers squad as a whole, Jonathan Huberdeau had himself a ridiculous 2022. "Hubby" led the NHL in assists (85) and finished tied for second on the circuit in points (115), was tied for third in power-play points (38) and second in shorthanded points (5). If forced to point to a single impactful individual's performance that led to the Panthers clinching the top seed in the NHL, Huberdeau's mesmerizing season would be it. A Panther since 2011 when the team selected him third overall in the NHL draft, Hubby is finally getting a taste of team successes. Though you might be tempted to think he's hit the downslope of his career at age 29, Huberdeau's play in '22 was a gentle reminder he's nowhere near done. In fact, with the Panthers roster continually improving around him, it's possible he's just getting started. When you're the NBA's Sixth Man of the Year, that, by default, means you don't even start on your own team. So how does that square with winning our Best Miami Heat Player award? Easy. Herro enjoyed a breakout season in 2022 where he averaged over 20 points per game, second only to Jimmy Butler. More important, he was the key difference between a middle-of-the-road team and a squad that finished the '21 season as the Eastern Conference's best team. With Bam Adebayo injured for much of the season, it would be easy to name Butler the Heat's greatest star, but Herro was indeed the spark plug that turned Miami into a title contender. 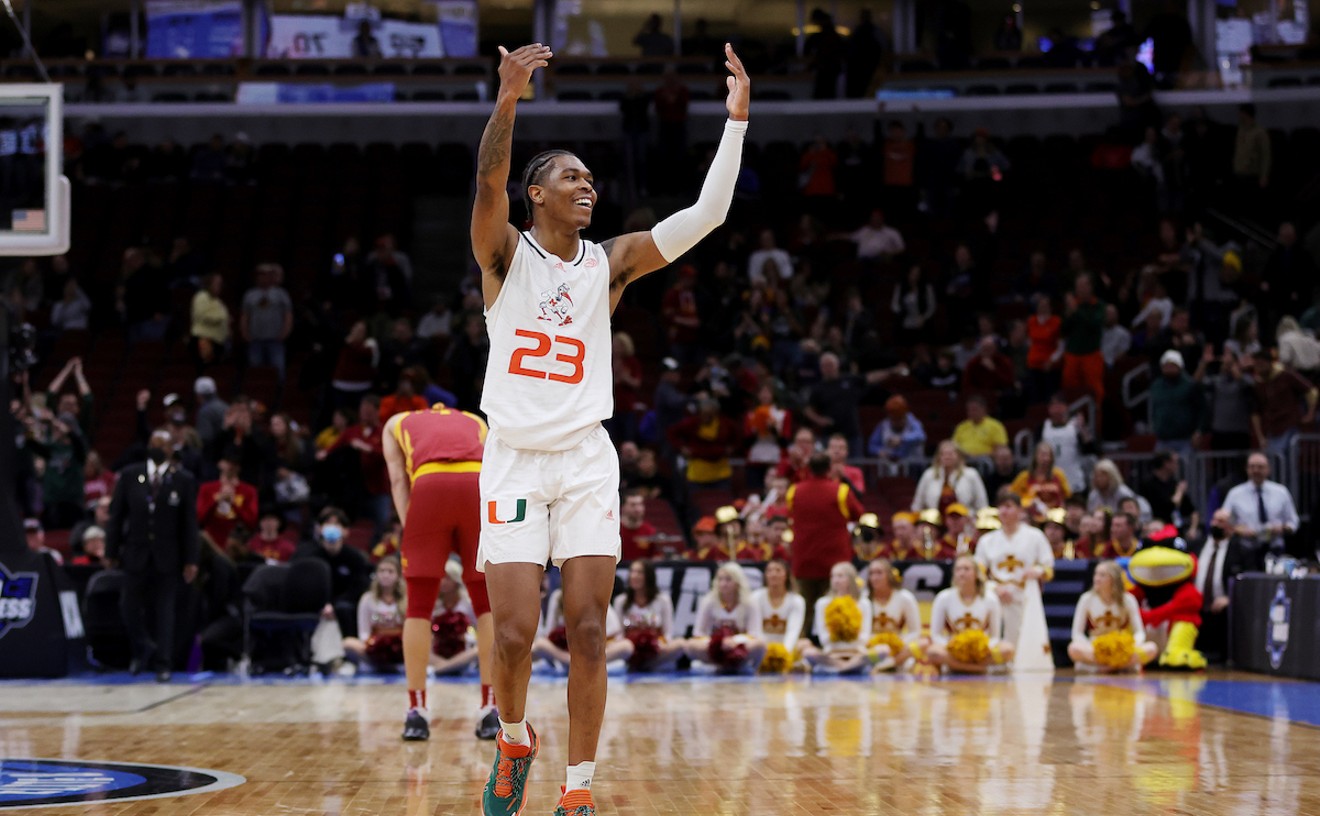 If we're keeping it one-hundred, any player with the last name McGusty deserves to win this category on principle alone. Everything that happens on the court is secondary. These are just the rules. Luckily, our integrity is kept intact by the fact that Kameron McGusty is a certified bucket getter and the player most responsible for the Hurricanes' deep run in the 2022 NCAA tournament. McGusty, a first-team All-ACC team member, finished the season averaging 17.8 points in 34 minutes per game — tops on the team — but it was his leadership that affected his team the most. Our only hope is that fans appreciated McGusty while he was here, because a player with a name that fitting for his school may never come along again. 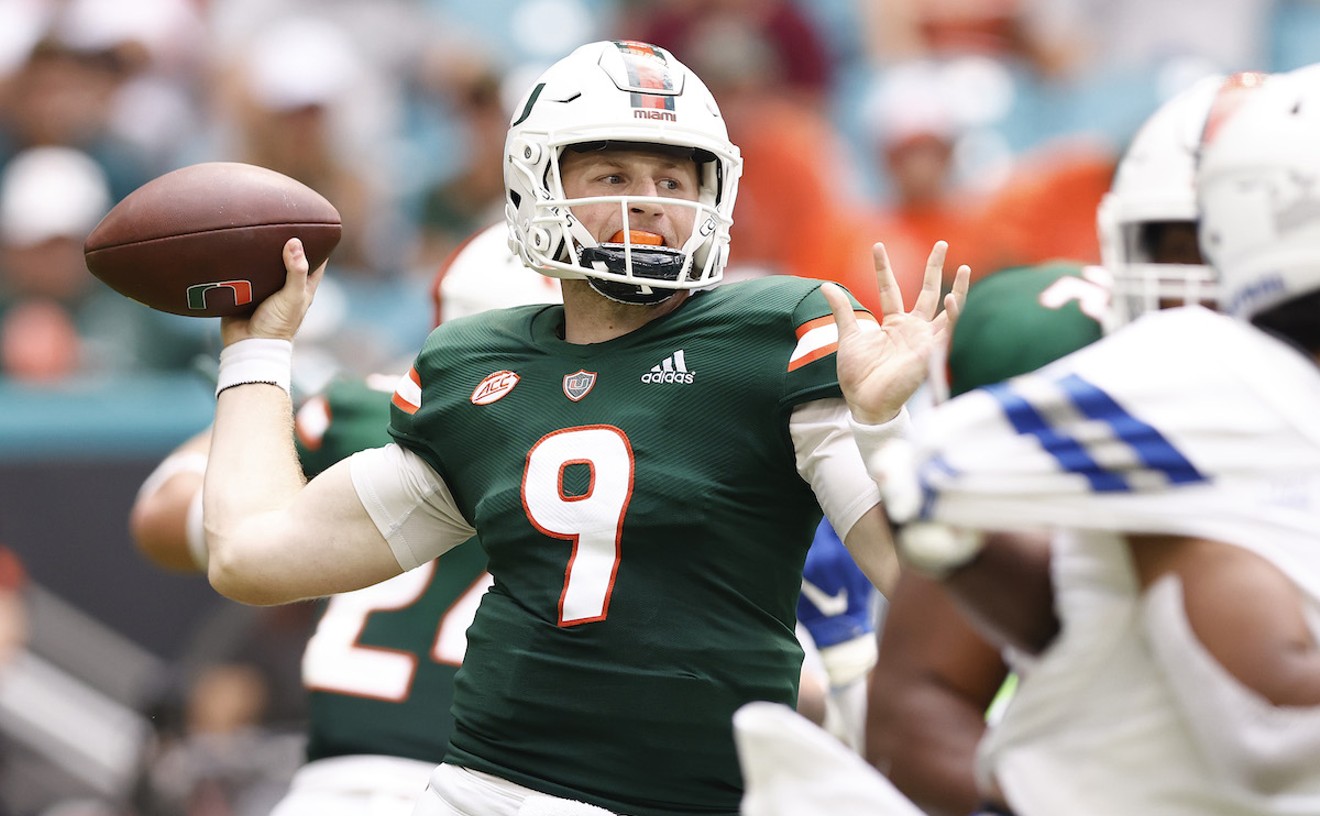 Freshmen don't have the sort of season Tyler Van Dyke had in 2021. In fact, they usually don't have a season at all. But after D'Eriq King was lost to injury, Van Dyke entered the NCAA football chat and shone — to the tune of 26 touchdowns and a scant six interceptions. His stellar play earned the Hurricanes QB ACC Rookie of the Year and ACC Offensive Rookie of the Year honors, but more important, Miami New Times' annual "Best Hurricanes Football Player" nod. It just keeps getting better for Tyler. Each step, progressively upward. The only college accomplishment remaining for Van Dyke is a Heisman Trophy and a top ten selection in next year's NFL draft — and he's a decent bet to do both. 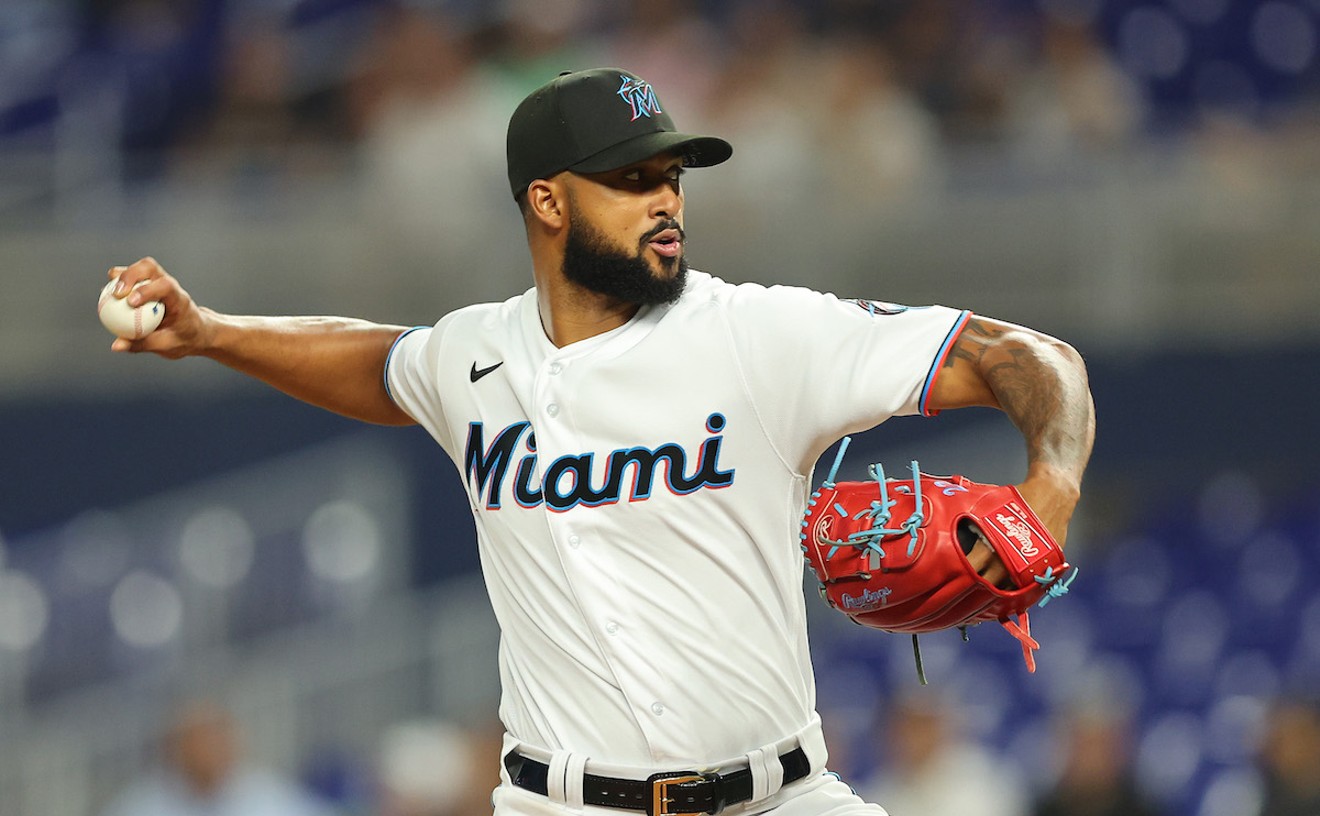 One of Major League Baseball's best pitchers in 2021, Sandy Alcántara posted a 3.19 ERA, a 1.075 WHIP, and notched 201 strikeouts across 205-plus innings — a performance that earned him a new, five-year $56 million contract.Truly a special 12 months for the Marlins' best player! It's no secret they're a franchise in search of an identity, and as of now, they are known for dynamite pitching, led by Alcántara, mixed with a generous and colorful splash of Jazz Chisholm vibes. If the Marlins are to compete over the next half-decade, Sandy, who has yet to turn 27 at this writing, will factor strongly in their success.

Will Manso joined WPLG in 1999 and has been a mainstay ever since. In recent years, his local legend has only continued to grow. Now WPLG's sports director, he also mans the sidelines for Miami Heat telecasts on Bally Sports. A graduate of the University of Miami, Manso brings to the airwaves a calm, cool, and collected vibe that, coupled with his talent and knowledge of all sports, makes Miami fans feel like one of their own is on the scene. Known for interacting with viewers and fans on social media, Manso is exactly what all towns ought to be looking for in their sports department: down-to-earth coverage that covers all the angles and doesn't take itself too seriously.

Miami Herald veteran sportswriter and columnist Barry Jackson covers everything, everywhere, all at once. If there's a press conference, he's likely there, even if two are happening at the same time — one in Sunrise, and another in Miami. It could be Photoshop, but it's probably just Barry being Barry — the hardest-working sports reporter in Miami. While many are covering the games and the players, Barry is covering the stories. He's on top of the scandals and scores alike. Sports coverage is that much better for having Barry Jackson manning the sports desk at the Herald.

Some people need no introduction, and when EReid walks into a restaurant in Miami, he's one of those people. Since the first ball was dribbled at a Heat game in 1988, Eric Reid has been there to take in the action and relay it through our television screens. Bam Adebayo and Tyler Herro weren't even born when Reid first hit the airwaves. We all owe a debt to the man for keeping the Heat on high for three decades and counting.