La Casa de los Trucos has been around for a long time — a really long time. A fixture in Miami since 1972, the store, was founded in Habana Vieja as a magic and costume shop a century ago. When Castro seized power, the Torres family brought their "House of Tricks" with them to the 305. It remains a family business, owned by Carmen Torres, with her son Jorge serving as manager. Jorge Torres says it was the joke stuff — whoopee cushions, hand buzzers, prop money, card sets, and illusion props — that pulled La Casa de los Trucos through the pandemic. "Costumes were a tough business, but we have other things people want to entertain themselves with," he tells New Times. "We did curbside, online, and some deliveries in the area. Jokes and magic did very well — it was enough to keep us going." The real magic, of course, is the shop' long-standing relationship with its clientele. "People come in and they remember us from our early Miami days," Torres notes. "Because when you're a kid, you like to do pranks and stuff like stink bombs. And now they're coming back and buying the same stuff for their kids! It's about nostalgia, reliving the old days and your youth."

The lingerie market is a competitive arena. But that didn't deter 23-year-old Miami native Valentina Voight from diving in, pandemic be damned. Voight launched her brand, Voight by Valentina, last year, and what began as a swimsuit collection has blossomed to include jewelry, dresses, crop tops, stickers — and lingerie. New lingerie collections are curated by Voight and locally made, all of them detail-oriented, sexy, and thoughtful. The recent "Forbidden Fruit" collection of bodysuits and two-piece bra and panty sets revolved around a flowery theme dominated by with pastel pinks, blues, and purples. Collections are announced periodically via Twitter (@valentinavoight) — if you're looking to snag the next collection, follow right away, turn on notifications, and be prepared to act fast when Voight strikes.

Joaquin del Olmo stumbled into the wedding business when a friend asked him for a favor. A Cuban immigrant living in California at the time, del Olmo noticed that all his friends were getting married at a young age. One asked him to create the flower arrangements for their wedding. Their options were to spend the money on flowers or save the money for a honeymoon. Del Olmo had never made floral arrangements, but his friend made an appeal to his creativity. The arrangements turned out so impressive that even the caterer was in awe. So began del Olmo's side hustle, which grew into a flower shop. He organized debutante balls, did catering, and later rented a space that contained a bridal shop. Years later, he moved his family to Miami and changed careers. But ultimately the wedding business summoned him back. He and his daughter Vivian run J. Del Olmo Bridal Gallery & Couture on Miracle Mile. They pride themselves in providing excellent customer service and making every bride-to-be feel special. Like her father, Vivian loves weddings and considers it an honor to be part of such a special day in a woman's life.

As soon as you walk into Live Blow Dry, you know you're about to get spoiled. If you arrive in the morning, the receptionists are quick to offer steaming coffee or tea. If your appointment is in the afternoon, you can enjoy some wine or a mimosa while you wait for your stylist. Strong, capable hands will wash your hair and massage your scalp with luxurious products made with environmentally friendly ingredients. Each stylist has their own specialty — blowouts, braiding, updos, keratin treatments, hair extensions, makeup. Whatever you choose, your tresses will look, smell, and feel sumptuous. You'll walk out of the blow-dry bar feeling like you can take on the world.

Maybe you're dreaming of a haircut and blowout in a high-energy environment with stylists who want to help you look like the best version of yourself. Maybe your nails need a little TLC and you want a manicure and pedicure. Or that tension in your neck and shoulders from staring at a computer screen all day is driving you crazy; a massage would do the trick. The fun part about Lacuna Salon & Spa is that you don't have to choose which service you want — here, you can have it all. If you're looking for a full-service salon day, look no further. Facials and other skincare services range in price from $35 to $135. A regular manicure and pedicure costs $38. A gel manicure and regular pedicure costs $50. Lacuna offers 30-, 60-, and 90-minute massages; prices range from $40 to $125. Hours are 9 a.m. to 8 p.m. Monday through Saturday.

Wynwood's Junior & Hatter is well-known for its talented stylists who can tame even the wildest mane — or make the tamest mane wild. In 2019, the salon spun off its top-rated barbershop services into its own shop in Little River. Located in the back of the Imperial Moto Cafe, J&H Barbers is a miniaturized version of the OG spot that caters exclusively to men-identifying clientele. Stylists Lori and Vincent work out of the three-chair studio, providing expert cuts, bread trims, and hot shaves. Haircuts start at $45 — though if you just want a nice buzz, that'll be $25. Facial-hair services range from $15 for a beard lineup to $45 for a hot shave.

There's a lavish spa on the lower lobby level of the boutique Miami Beach Edition Hotel. It's equipped with all the amenities you'd find at your typical spa but look closer at the menu. Scroll past the facials, mani/pedis, body scrubs, and hair blowouts, and feast your peepers on the massage section. Massages with CBD-oil enhancements are all the rage in Miami, but no place does it better than the Edition. Here, the CBD healing wave massage ($260 and up for 75 minutes) offers optimal relaxation. The moment your massage therapist's hands touch your bare skin, a calming sensation will wash all over you, as if warm ocean waves are literally lapping at your skin. When paired with the overall pleasing aesthetics of the spa, it's impossible to not walk out with a newfound sense of tranquility. The hotel offers a variety of other massages, including the traditional house massage ($180), a therapeutic massage ($190), and sticks and stones ($220).

Ever wish for more luminous, dewy, clear skin? Book a facial at Mindy Kim's studio in Midtown and prepare to be transformed. Treatments here combine super-strength facial massage and formulas that leave skin glowing and looking firm and bright. Kim treats both teen and adult acne, and her new Maskne microdermabrasion process was created during the pandemic to address conditions brought about by the use of facemasks. From South Korea comes the "Snow White" option ($300), while Mindy's signature facial ($500) employs everything from chocolate mousse soufflé to 24-karat gold to a stem-cell ampoule. Ask Kim to guide you through the traditional Korean seven- and ten-step beauty routines and tips for aging well and learn how this skincare guru manages to look two decades younger than her 43 years. 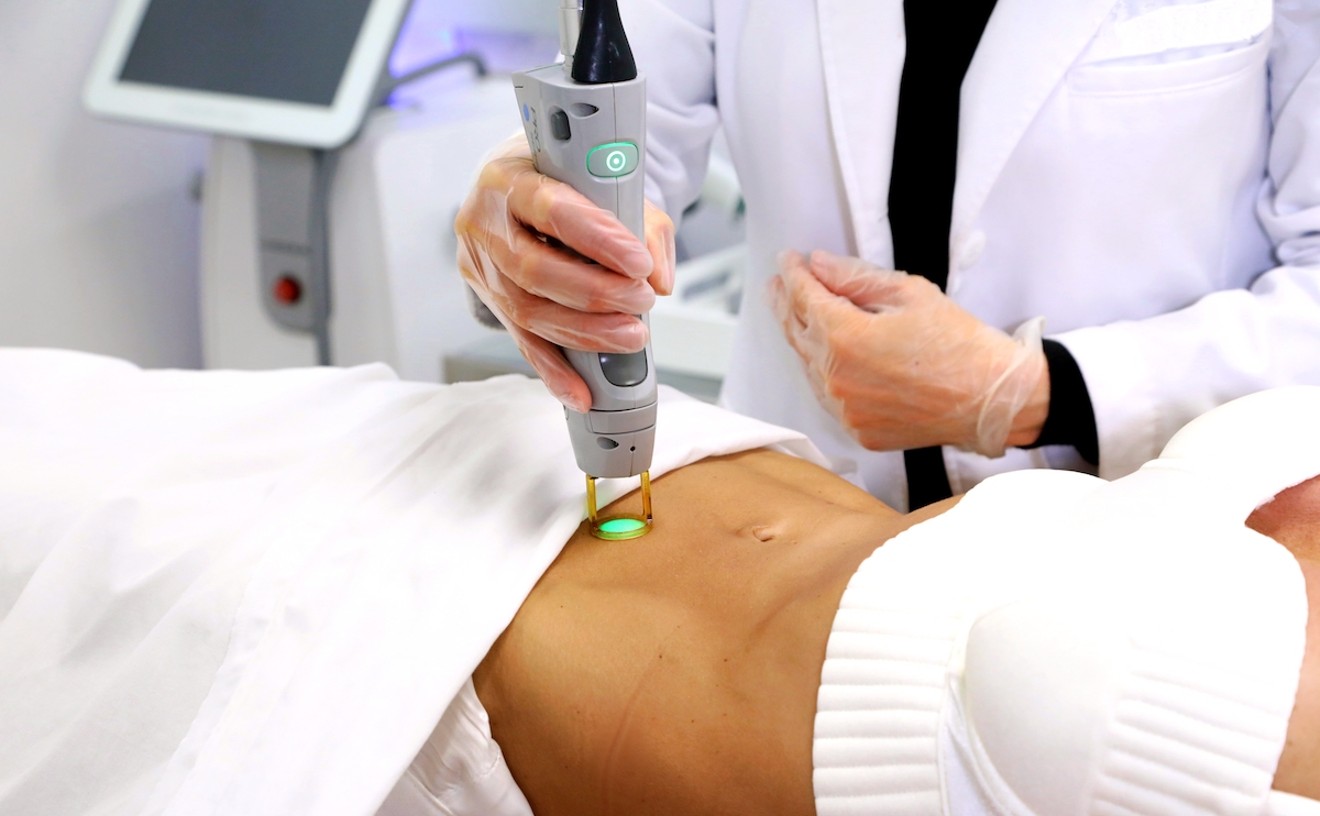 This Ayurveda-inspired spa in Sunny Isles is nothing short of a paradise for those in search of a peaceful retreat. Natural techniques and technology come together in healing therapies that not only relax your body, but also improve your mental and emotional health. Renata de Abreu's five-day vegan detox plan combines home diet, massages, natural oils, and fiber to reduce toxins, boost your immune system, and help take your skin and body from flabby to fabulous. Facials are personalized with extractions, oxygen therapy, and diamond peeling. Meditation classes round out the offerings.

Want a cool nail design that won't leave behind any peeling, discoloration, or dehydrated cuticles? HipCat in Midtown offers everything you need to keep your nails looking flawless, funky, and Insta-ready — and you'll never need to take a break from polish. The trick? Nail artist Dylan Pritchard works with your natural nails to create a structured gel manicure. Kokoist builder gel is applied to protect and strengthen your nails, which are then skillfully hand-painted in custom designs and colors with high-quality, heavily pigmented Japanese gel. The salon also offers Famous Names IBX treatments, a "keratin-like" process said to help reverse nail damage. Appointments must be booked on Instagram via @thenailwhisperer.