Heading into his fifth season, DeVante Parker was a bit of a mystery for the Miami Dolphins. Although he'd shown glimpses of dominance on the field, he was often hampered by injuries, bad coaching, bad quarterback play, or a combination of all three. But then Parker took off, demonstrating why the Dolphins had picked him so high in the first round of the 2015 NFL draft. He caught 72 passes for 1,202 yards and nine touchdowns last season, earning himself a new contract and a chance to continue proving that he's a Pro Bowl-caliber player. Having dealt with so many changes since his 2015 start, he's sure to benefit from stability in both the coaching staff and the quarterback room this season. If his stellar 2019 is any indication, the sky is the limit for Parker. With Dwyane Wade hanging up his sneakers after a long and fruitful career, the Miami Heat needed a new franchise cornerstone to step into the fold. Most believed that man would be Jimmy Butler after he signed with the Heat in free agency during the offseason. No one expected Bam Adebayo to be an NBA All-Star so soon, but that's exactly what happened. Bam has averaged 16 points, ten rebounds, and five assists in his third NBA season, far surpassing expectations for a team with so many offensive options. He's already one of the best centers in the NBA, and he's barely old enough to legally buy a beer. It's become nearly impossible for the Heat to replace what Bam brings to the court when he's missing from the lineup or in foul trouble. He's quickly become the team's rock and, undeniably, its best player. 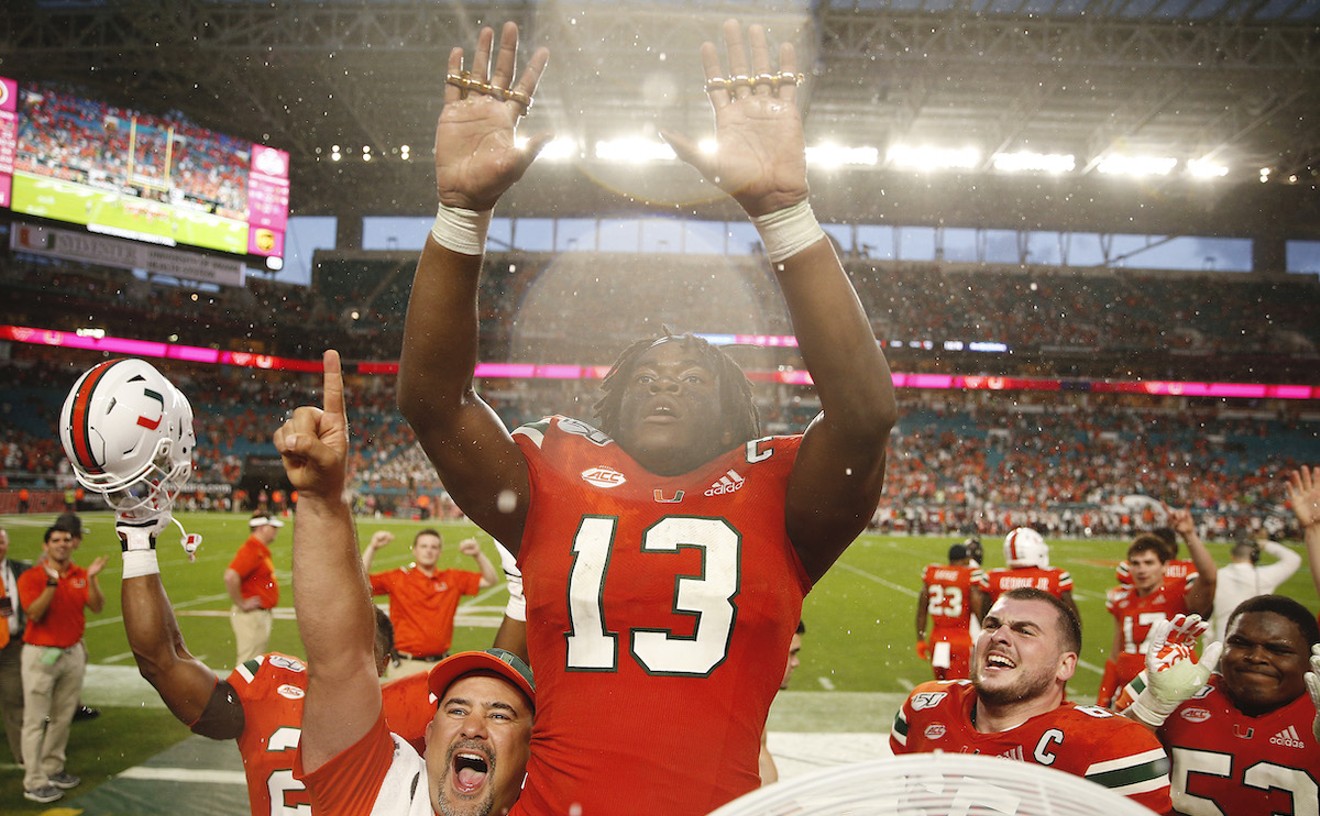 In his third season at Miami, DeeJay Dallas transformed from part-time weapon to full-time leader. Throughout his career with the Hurricanes, Dallas was one of the best players on the field, but in 2019, he truly stood out. Ten total touchdowns and a combined 800-plus yards from scrimmage in ten games doesn't tell the entire story. Dallas came up big in the clutch more often than not; from sealing games when the Hurricanes needed it to breaking a big run against Florida State, he was Miami's own "Mr. Dependable." His play didn't go unnoticed by the NFL, either: Dallas was drafted by the Seattle Seahawks in the fourth round of the 2020 NFL draft. Whenever the Hurricanes next take the field, DeeJay Dallas will be missed. 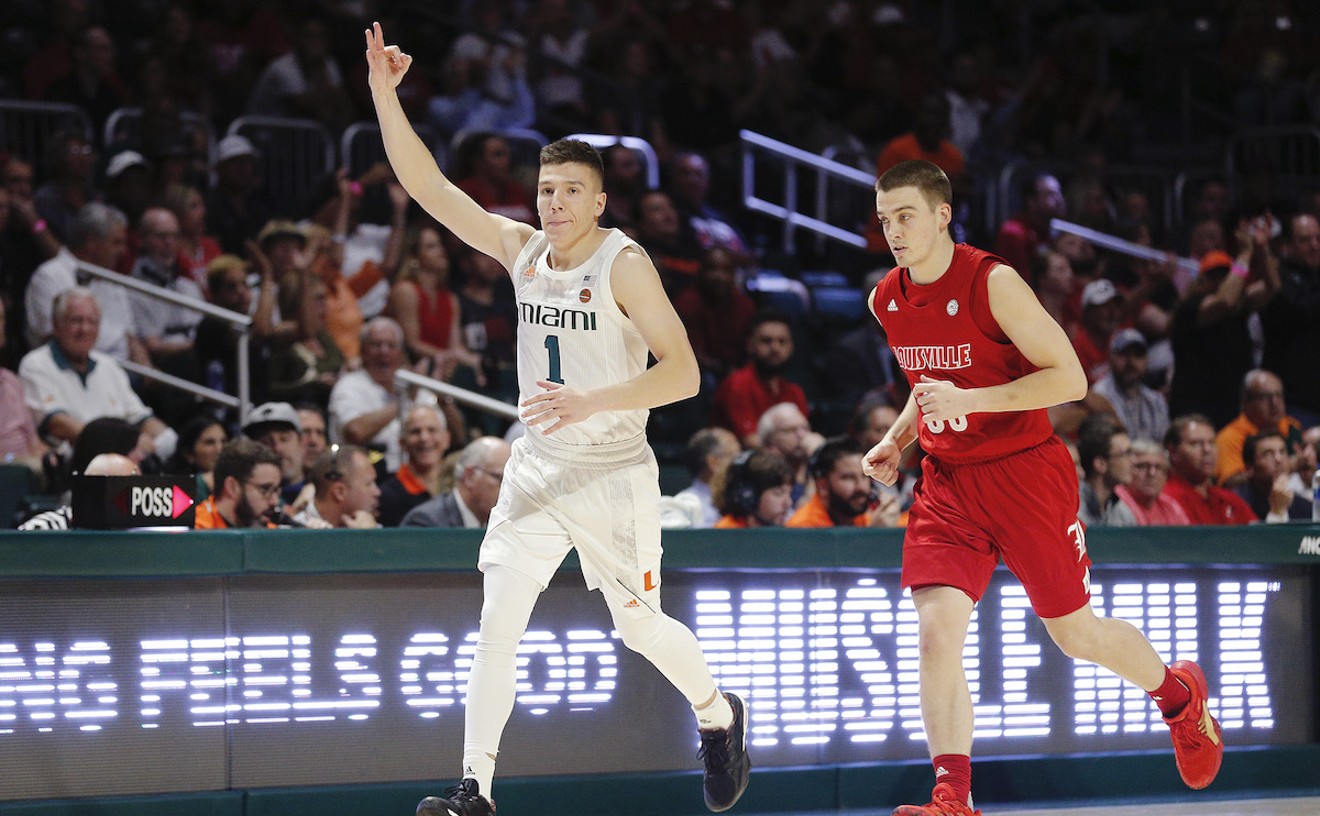 The Miami Hurricanes basketball team had its ups and downs last season, which made the efforts of senior guard Dejan Vasiljevic even more essential. Vasiljevic averaged 13.2 points and 4.2 rebounds per game in 2019, his final season in Coral Gables, and led the team as they fought and clawed their way against ACC competition. The Australian native might not be the flashiest player who's ever stepped on the court for Miami, but he's one of the most dependable leaders the Canes have seen in recent years. And while his college career is at an end, his playing days aren't: Vasiljevic signed a three-year deal in July with the National Basketball League's Sydney Kings. 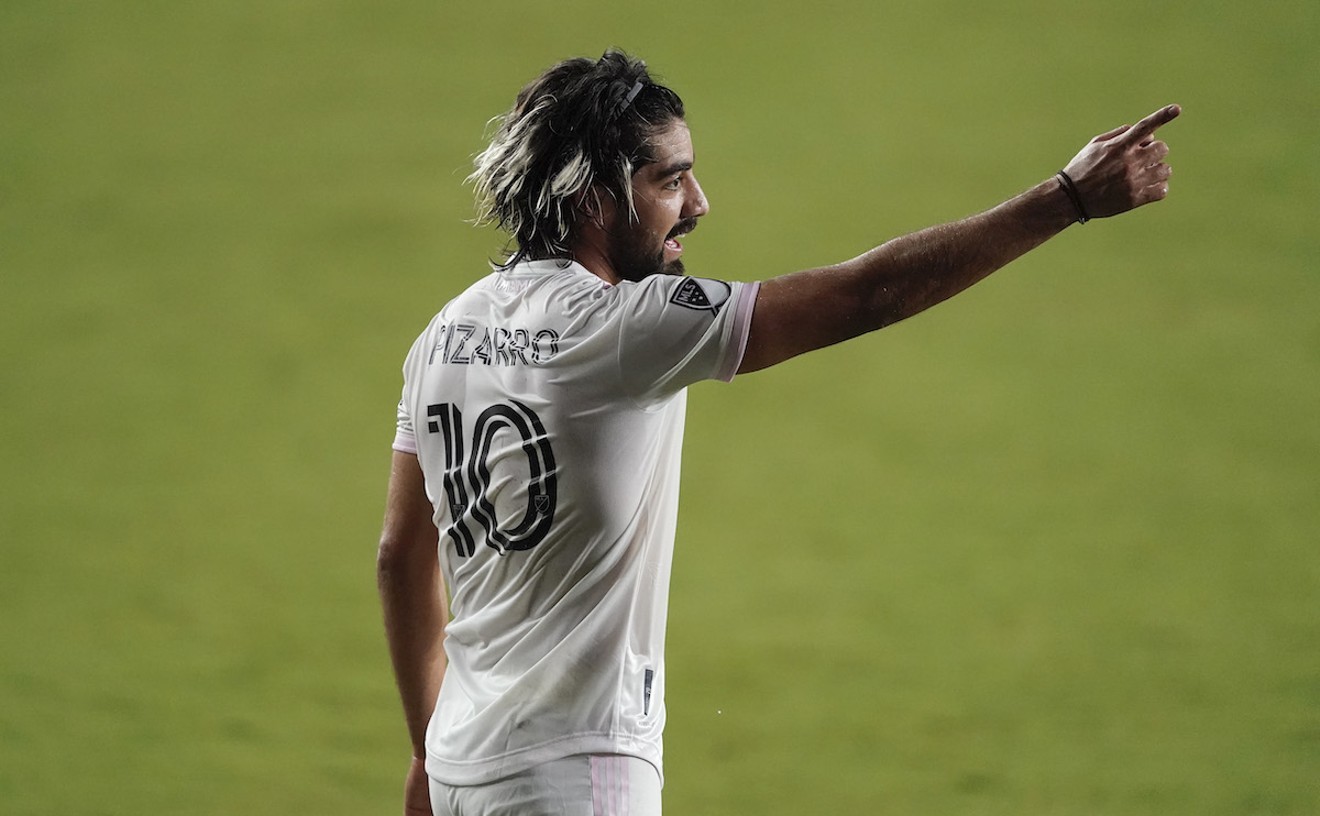 Inter Miami was a blip on the radar in 2020, coming and going in the blink of an eye. Before the season was even a handful of games old, the coronavirus ended it. Then the MLS resumed in Orlando for a tournament that gave Inter Miami little chance to grow together as a team. Looking ahead, Rodolfo Pizzaro will undoubtedly be a part of that growth, as he was the best player in Inter's inaugural season. When Pizarro left Mexico's Monterrey, his club team, for Inter Miami, he was an instant star. He lived up to that status when he scored Inter's first goal in a 2-1 preseason loss to the Philadelphia Union. Pizarro would also score Inter Miami's first official goal in a 2-1 loss to D.C. United in the club's first real game. Not winning a game in 2020 was a tough pill to swallow for Inter fans, but knowing that a player of Pizarro's caliber plays professional soccer in Miami now makes it a lot easier to be patient. Brian Anderson rakes, which is why Miami Marlins fans call him as "The Groundskeeper" — and in 2019, Anderson definitely cleaned up. The Marlins third baseman swatted twenty home runs and drove in 66 runs, all while batting a respectable .261 in 459 at-bats. For a team that struggled to find its way in the win column for much of the season, Anderson gave the Marlins a fighting chance on many nights with his timely hits and stellar play, and he quickly became one of the team's leaders. After trades and roster turnover, the Marlins needed some familiar faces to step up and show the younger players how the pros do it. In 2019, Anderson was the Marlins' best player, but even more important, he taught the team's future stars how to play the game right. 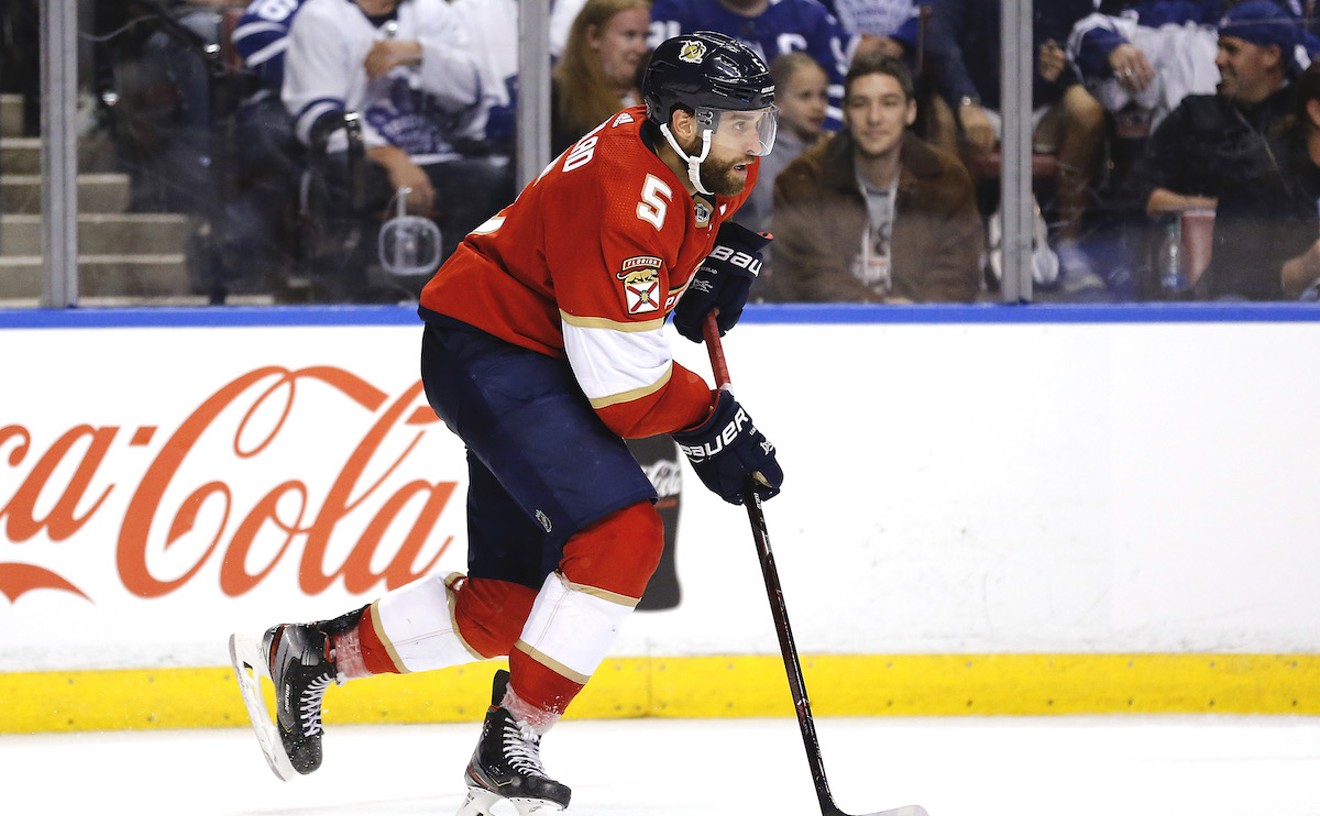 Native Canadian Aaron Ekblad is undoubtedly one of the few bright spots in an otherwise underachieving Florida Panthers franchise. Since 2014, the defenseman the Panthers selected first overall in the NHL draft has led the team both on and off the ice, conducting himself as the sort of professional the floundering franchise desperately needs. Ekblad notched a career-high 41 points in 2019, making him one of fewer than a dozen defensemen in NHL history to reach double digits in goals in each of their first four seasons. Ekblad rarely misses a game: In 2017 and 2018, he appeared in all 82 games for the Panthers, and during the 2019-20 season — shortened by the coronavirus — he played in 67 games. The Panthers need more players like Ekblad; he'd shine on any team in the NHL.

Chris Wittyngham has come a long way since graduating from the University of Miami in 2014. In almost no time at all, he's gone from co-hosting on local sports radio to being the voice of Miami Dolphins radio pre-game and halftime shows. Where he really excels, though, is amplifying the sights and sounds of the beautiful game. Wittyngham, now Inter Miami's radio broadcaster and co-host of the incredibly popular Chelsea Mike'd Up podcast with Dan Le Batard Show producer Mike Ryan Ruiz, gives voice to what's happening on the pitch better than anyone doing similar work in the market, no matter the sport. His intense knowledge of soccer and off-the-job obsession with the sport bleeds through the speakers, bringing even the most casual of fans up to speed on the action. Miami is lucky to have Wittyngham — and who knows? One day he could move from Miami Dolphins pre-game radio to game-day sportscaster. At this point, nothing would surprise us. 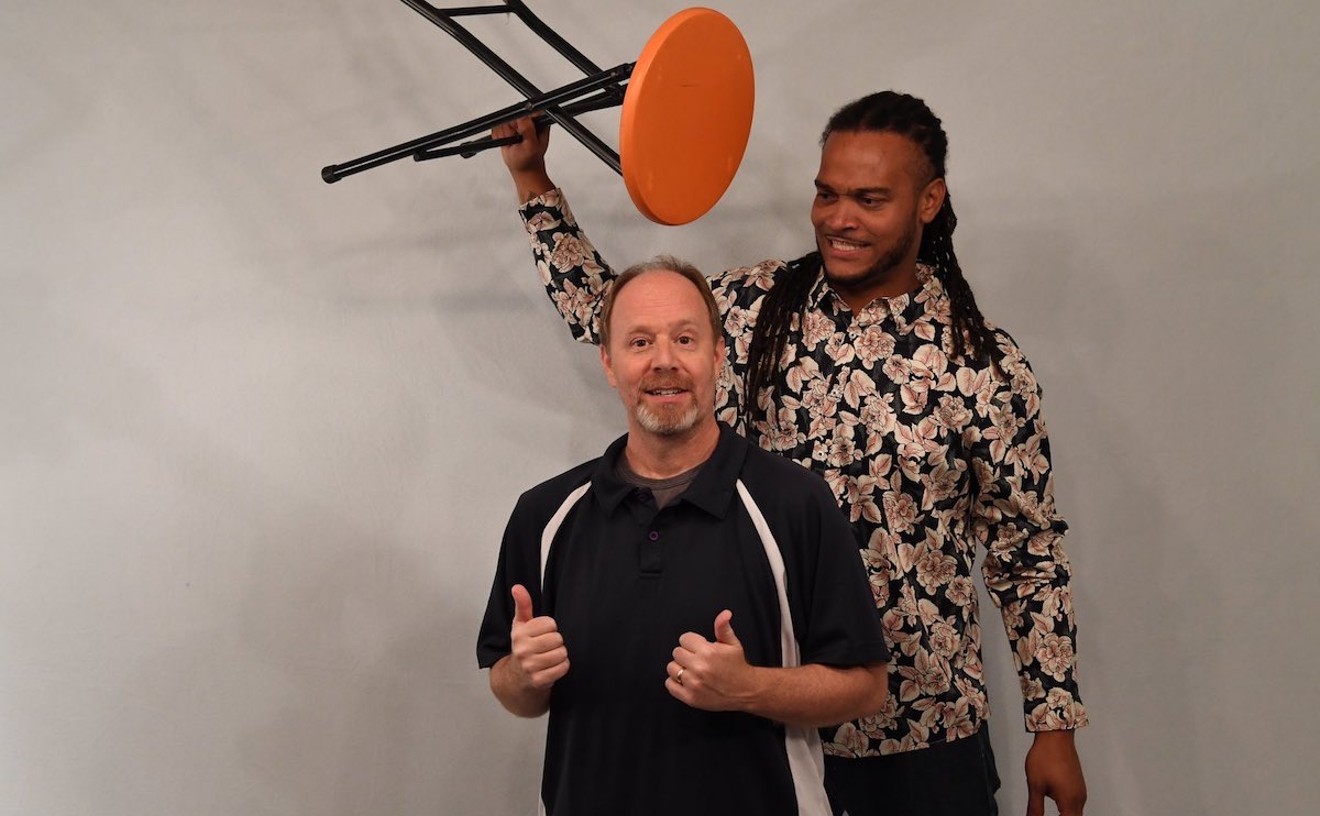 Sports radio in South Florida has seen a lot of changes over the past few years, but one thing has been a constant: Marc Hochman anchoring an afternoon-drive show that absolutely demands your appointment listening. Hochman and ex-Dolphins legend Channing Crowder combine on a daily basis to co-host Hochman & Crowder, which is simulcast on the market-dominant 790 AM and 560 AM radio stations. Hochman, a University of Miami graduate, has entertained Miami fans for years; his knack for combining sports and humor even resulted in a short-lived stand-up gig as "The Sports Comic." We love to hear him riff about the funny side of sports, but it's the balance he brings as a top-notch sports mind that makes it all work. Hearing what Hochman has to say about the latest in his field has become a welcome tradition in the lives of Miami fans, and for good reason.

Five on the Floor 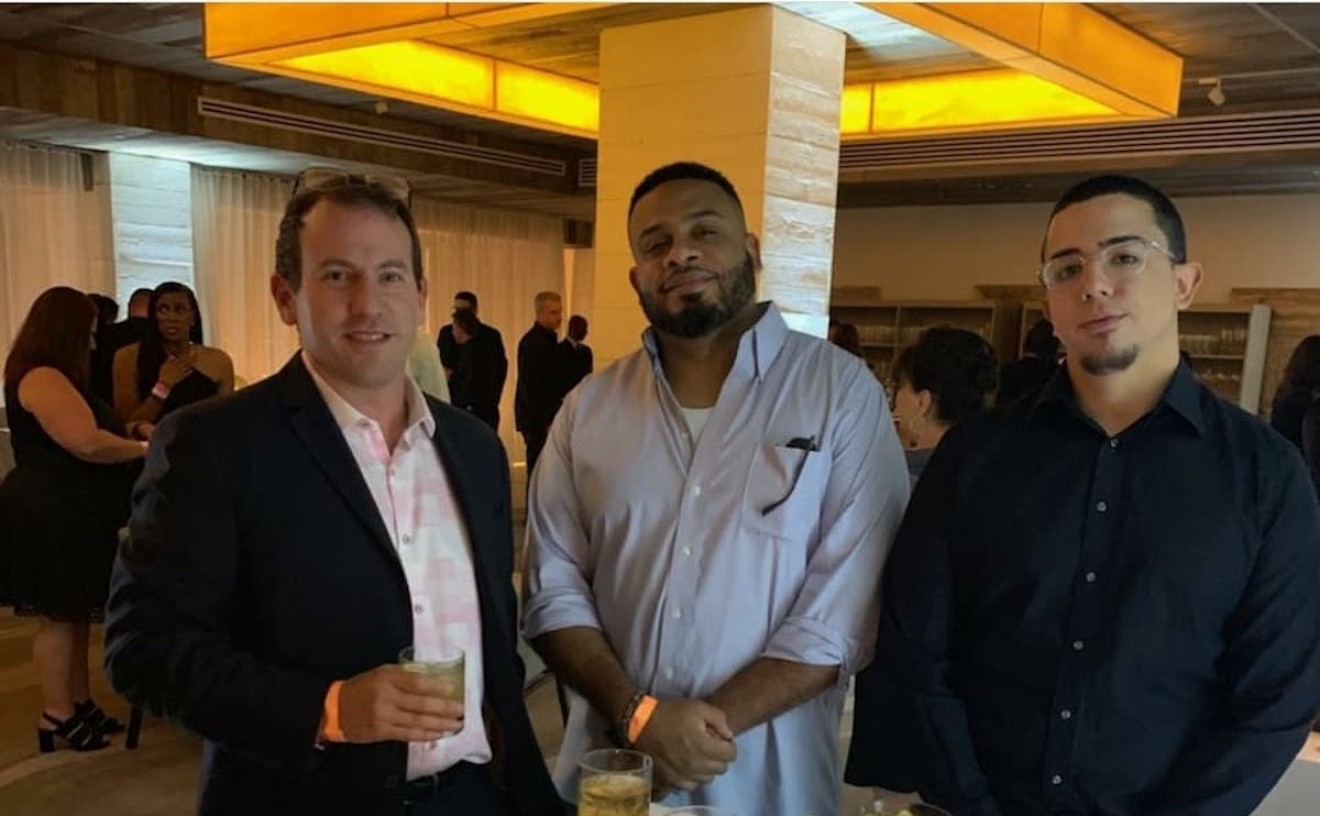 Photo courtesy of Five on the Floor

Ethan Skolnick covered South Florida sports for years, and after stints with the Palm Beach Post, Miami Herald, and Sun Sentinel, he knew something had to change: In his mind, newspapers were just too slow to adapt to what fans wanted in 2020. It wasn't that they weren't capable of reaching today's fans; it's that they weren't even trying. To fill what he saw as an unmet need, Skolnick created Five Reasons Sports Network and the Five on the Floor podcast, which specializes in Miami Heat coverage. Together, Skolnick, co-host Alphonse Sidney and a cohort of contributors break down everything Miami Heat better than anyone behind a paywall. Also setting Skolnick and his staff apart is the fact that they're fans themselves, so rooting in the press box is definitely encouraged. In turn, fans feel like they're part of Five on the Floor, not just passive listeners. The show also engages fans via social media and watch parties, something Big Media barely attempts to do. The broader network is made up of Twitter personalities and friends of friends that all have one thing in common: an obsession with Miami sports.