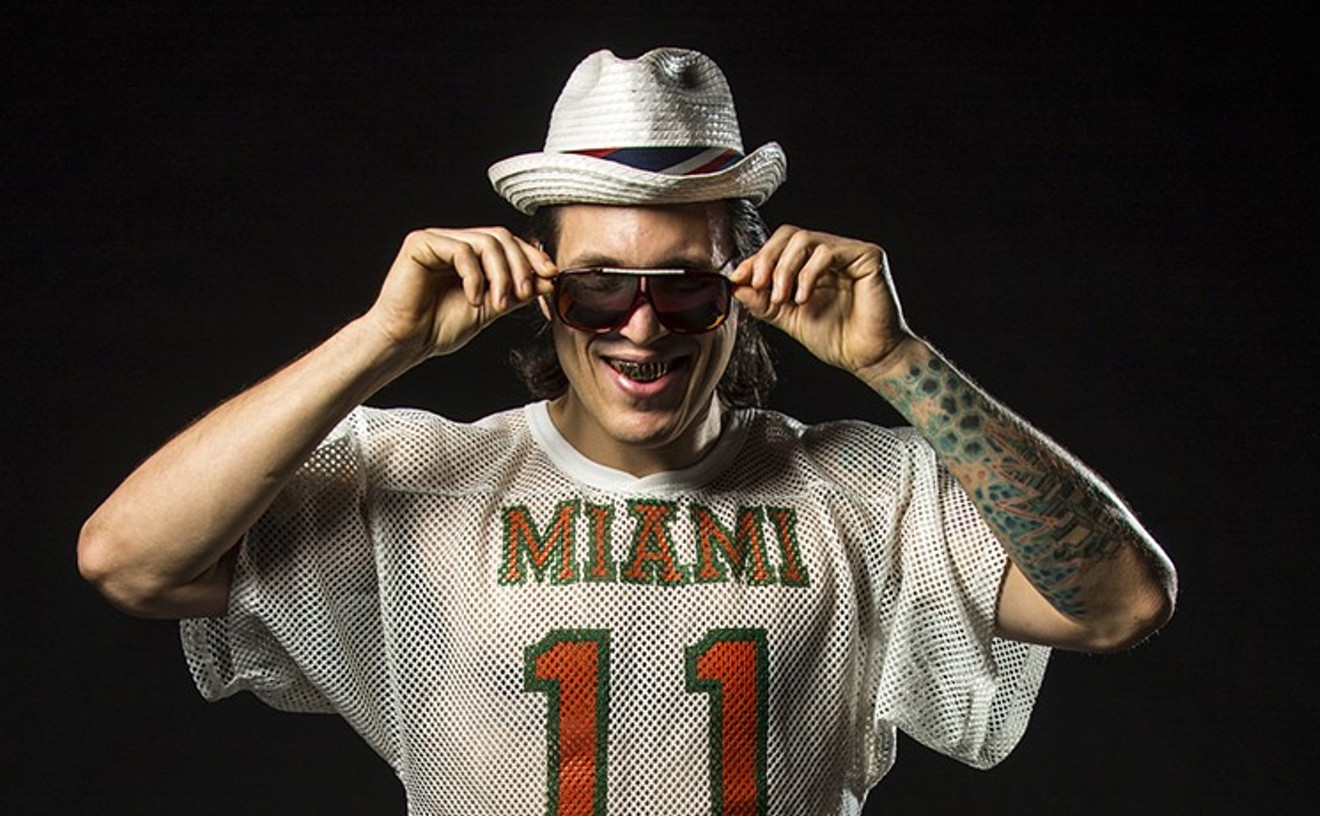 On a scale from croqueta to chonga, Otto Von Schirach's Instagram is the most Miami thing to bless the internet. But when Otto, AKA "King of the Bermuda Triangle," posts Instagram stories, that's where the real gold shines — and not just from his teeth. The self-proclaimed "Papaya God's" 16,500 followers are well acquainted with his adorable blue-eyed son Axl and fruit supplier Nuña, who frequently rolls up with shopping carts packed with local fruits from mangos to avocados and coconuts, while Otto hilariously documents the entire exchange. There are three things you need to know before following the bass lord on the social media platform: papayas, agua de coco (or, as he calls it, "leche de Otto"), and the Bermuda Triangle. Ya tú sabes. 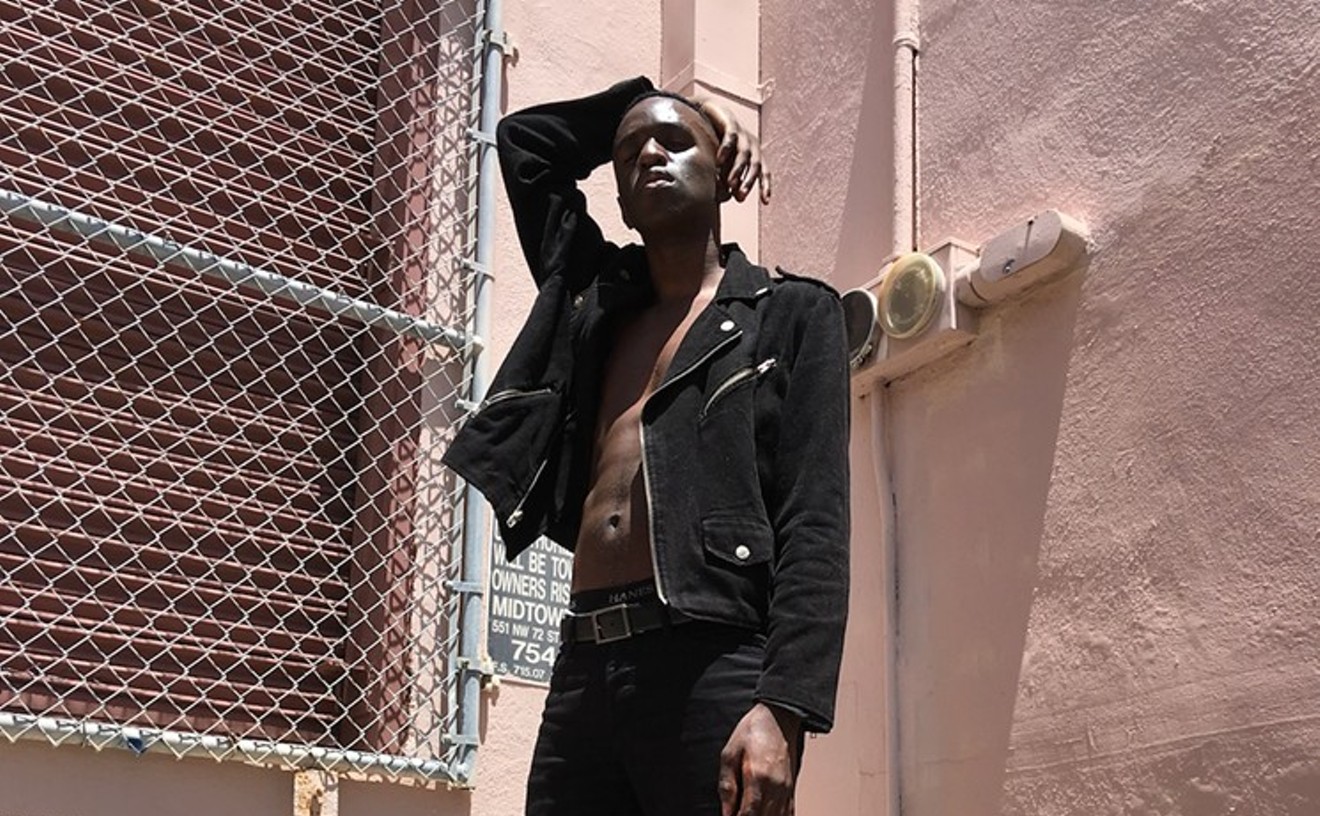 Tama Gucci has the raddest name in the game with a voice of gold to boot. His moniker merges "Tamagotchi" — the digital pet that took the '90s by storm — and "Gucci." "A good singer without Auto-tune" is how the up-and-coming Miami-based R&B singer, born Kymani Floyd, describes himself on his Bandcamp page, but he's 100 trips around the world better than good. His smoother-than-silk vocals on the sexy track "Lexus" from his debut mixtape, Out of Order, landed him on New Times' list of the "20 Best Miami Songs of 2017." He recently followed that release with Digital Touch, a self-produced EP featuring the standout track "Gettin' It On." His vocals melt like butter on pan cubano, setting him apart from the rest. 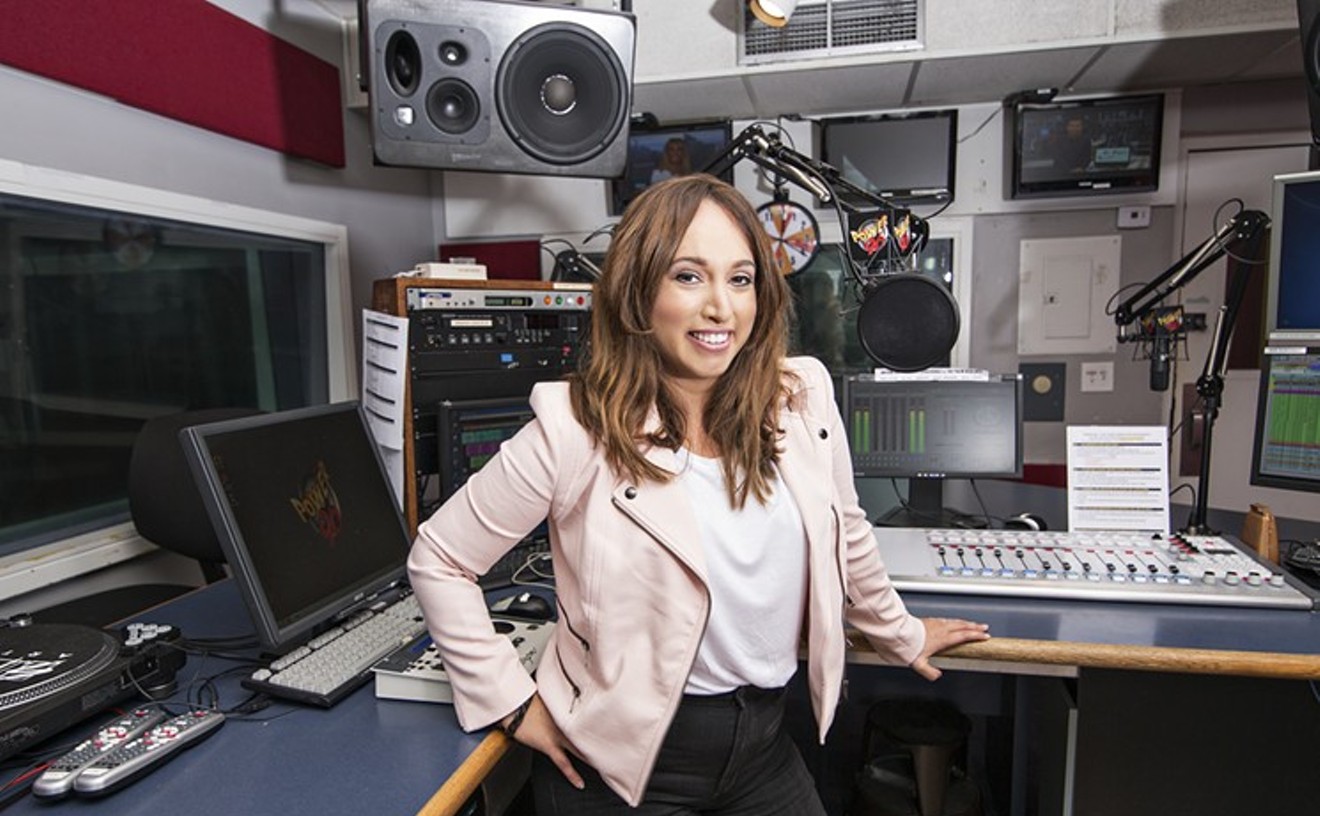 Whether you grew up on country, rap, pop, or Latin music, Power 96 was undoubtedly one of the stations pre-programmed in your car back in the day, and it probably still is today. Power 96 was the go-to station back when '90s kids waited for their favorite songs to play on the radio so they could hit "record" on their boomboxes. Today, music from artists as diverse as Cardi B and Adele plays on Power 96, and none of it seems out of place. The Power Morning Show is a staple for people making morning commutes to work, and the afternoon drive mix always pumps listeners up during the slow crawl of a rush-hour commute. Miami takes its sports seriously, but at its core, every sport is just another form of entertainment. By extension, sports radio should also be entertaining, and 790 the Ticket's Brian "the Beast" London always keeps his commentary interesting. For over two decades, London has provided listeners with the kind of down-to-earth, relatable sports takes you might expect from a guy sipping a Bud Light on the barstool next to you. If good news for the home team hits ESPN while he's on the air, he's likely to scream it at the top of his lungs. His energy is unlimited and his personality is infectious, which always makes for an engaging broadcast.

Alex Donno is a sports radio warrior. Though not always the flashiest or most-talked-about broadcaster, he consistently provides the kind of detailed, "meat and potatoes" commentary sports nuts crave. He's a one-man show who bounces ideas about current events off producers, listeners, and even himself, making his show relatable and refreshingly low-key — you won't hear someone screaming hot takes into a mike on his watch. His pacing and restraint make the show translatable to morning, afternoon, or nighttime audiences. It's a testament to the versatility of this invaluable sportscaster.

A good rule to live by: a game of pool shouldn't cost more than your hourly wage. Luckily, two bucks is all it takes to cue up at Lost Weekend, a divey, neon oasis in the heart of South Beach. Open seven days a week, from 4 p.m. to 5 a.m. Monday through Saturday and noon to 5 a.m. Sunday, the place always offers an ample window of time to catch a game at one of the bar's five pool tables. Happy hour runs daily until 8 p.m., during which you can snag a pitcher of Miller Lite, PBR, or Yuengling for $8 — a practically unheard-of bargain around these parts. Save your money for the jukebox or, better yet, a basket of $4 tater tots. 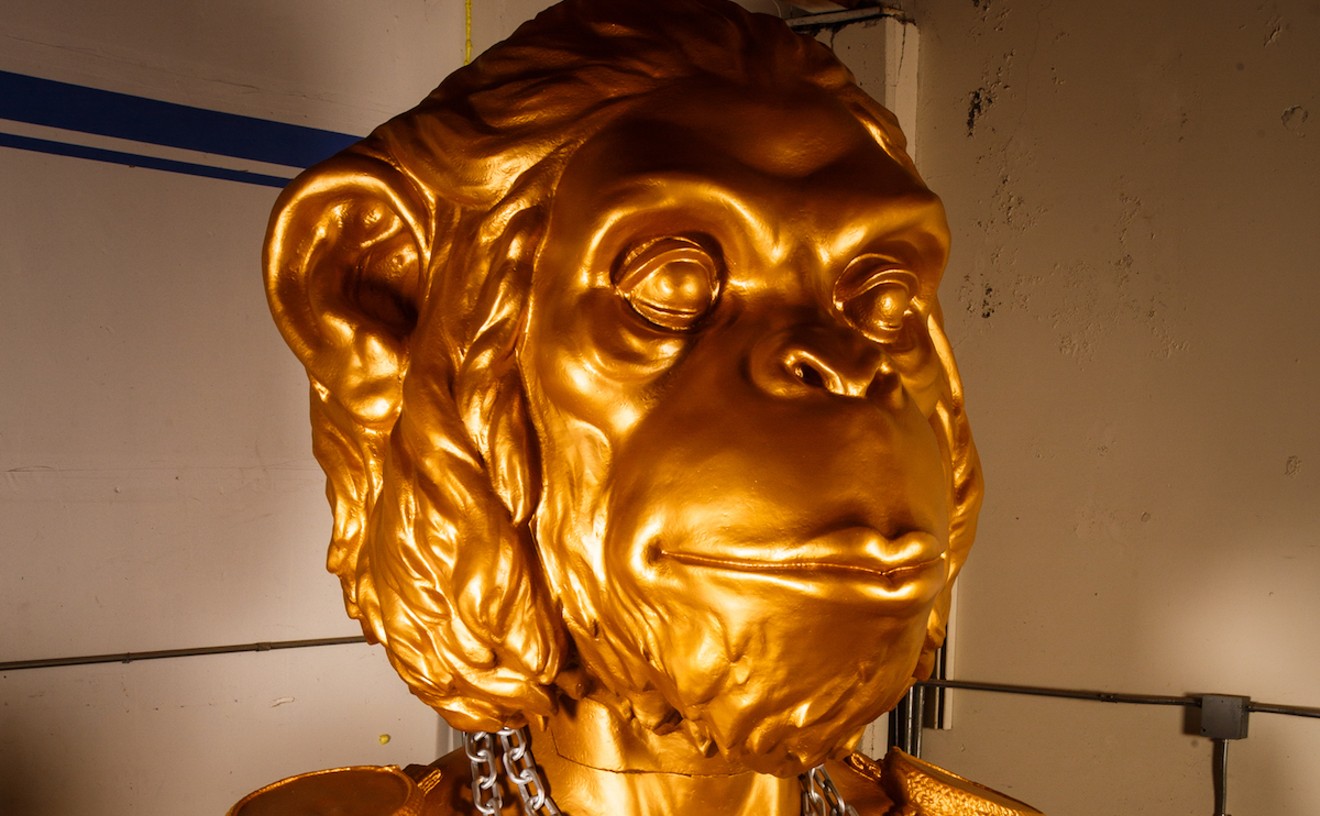 Finding Basel Week balance can be tricky: You want to see great art, but you also don't want to take yourself too seriously. Aqua Art Miami lets you do both. Among the galleries showing at South Beach's Aqua Hotel in 2017 was an exhibit curated by the Consulate General of Canada, which showed off some of our northern neighbors' most impressive work. But visitors also witnessed quirkier stuff such as live tattooing by renowned tattoo artist Thea Duskin, and a 16-foot-tall golden bust of a female monkey by artist Laura Kimpton, who earned her fame at Burning Man. Aqua also offers some of the cheapest drinks you'll find at a South Beach fair, running a daily two-for-one happy hour — a welcome reprieve from the prohibitively priced Ruinart bubbles at the convention center.

No, Space Mountain Miami isn't a spinoff of the popular ride at the Magic Kingdom. But though you can't rocket through Disney's version of outer space at this Little Haiti gallery, you might just be able to do things equally awesome. Led by director Alice Apfel, Space Mountain stages exhibits by local artists, often collaborating with artists from Miami institutions such as Borscht Corporation and PornNail$. These aren't stuffy affairs; in March, for example, artist Katiana Elena installed an immersive ode to Kanye West. Apfel keeps the space operational largely by programming related events such as live music, film screenings, and political talks. One of them, a late-2017 "Salacious Sunday" sex-ed workshop, sadly had to be canceled after it proved to be a little too experimental for enough people to RSVP. But hey, pushing boundaries is what art is all about, right? 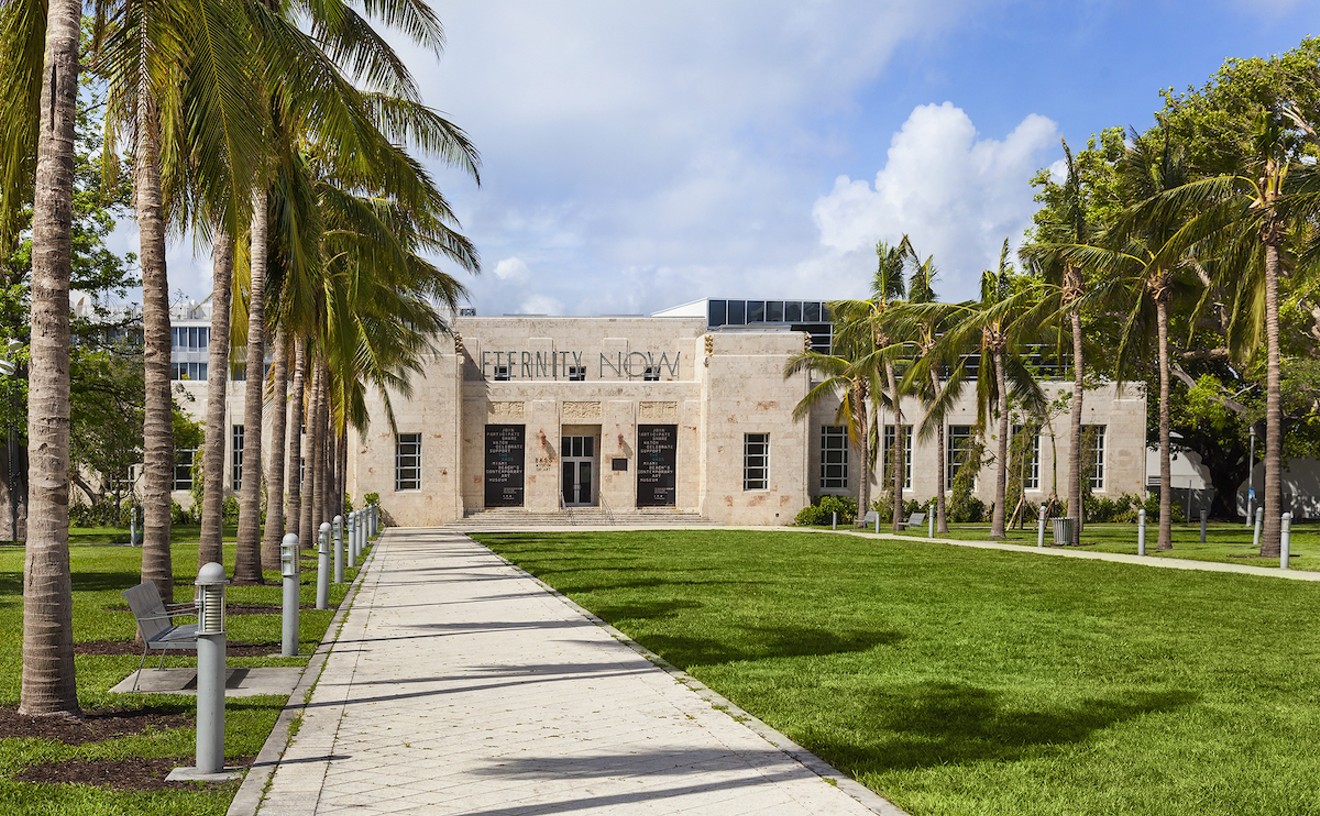 The Bass is back, and it's bigger than ever. When the ocean-facing museum finally reopened last October after a lengthy renovation, critics were ready to pounce. Construction delays had moved its reopening date back a full year. Would the results be worth the wait? Totally. One of the Bass' opening exhibitions, "Good Evening Beautiful Blue" by Ugo Rondinone, swiftly took over Miami's social media feeds, as photos and selfies with the artist's melancholy clown sculptures racked up likes and shares. And the renovations themselves have only enhanced visitors' experience. There's now double the space inside, including a cafe and a center for kids and teens. 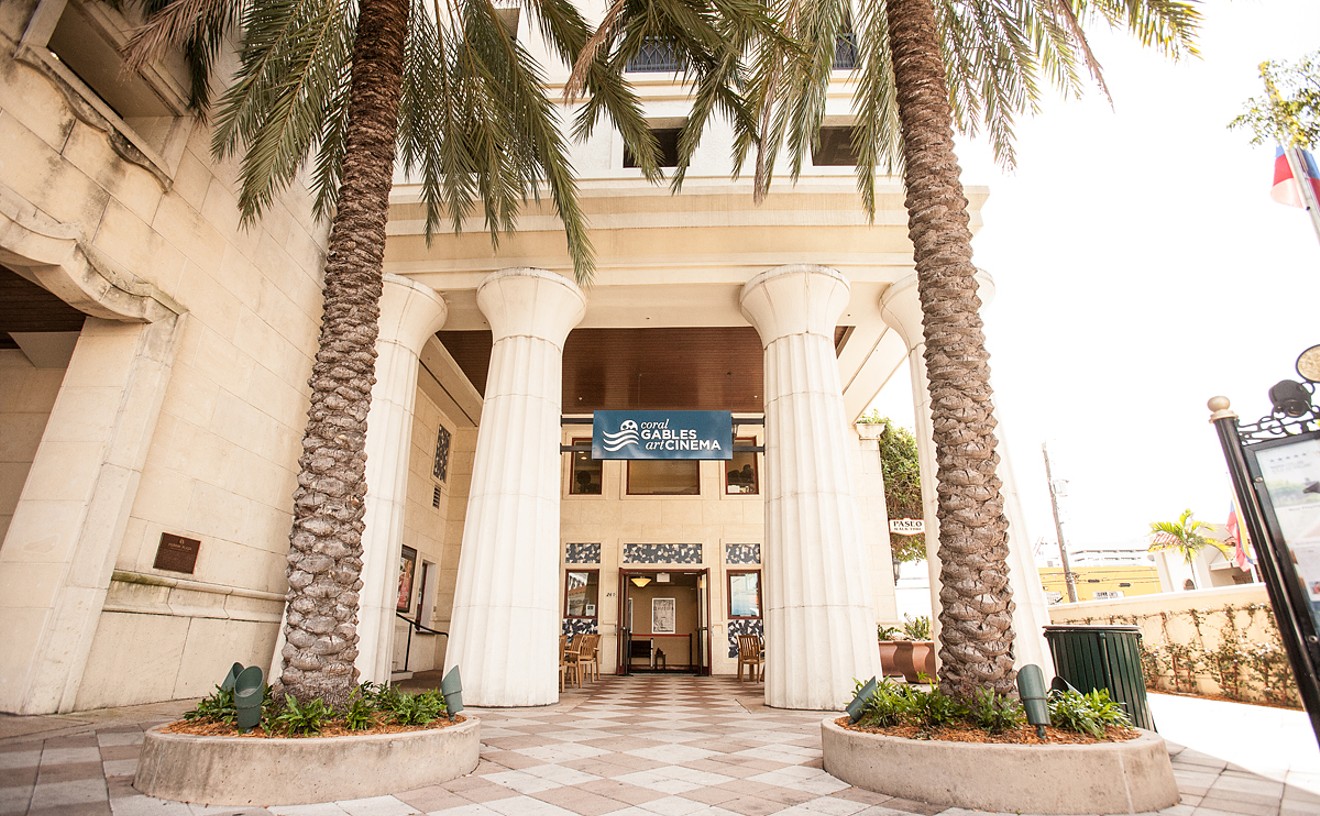 The phrase "arthouse cinema" conjures images of black-and-white, subtitled foreign films with plots moving slower than rush hour traffic on the causeway. Coral Gables Art Cinema is helping undo that perception. It has a family program, screening classic favorites such as The Muppet Movie at kid-appropriate times. Long after the little ones have gone to bed, grown-up film fans fill its seats for midnight showings of beloved crowd pleasers and cult films: Baz Luhrman's Romeo + Juliet, Pulp Fiction, Monty Python and the Holy Grail, and beyond. The theater's recent series, including a Wes Anderson retrospective and a lineup of Cuban independent films, expertly target the interests of Miami's diverse, offbeat film community.