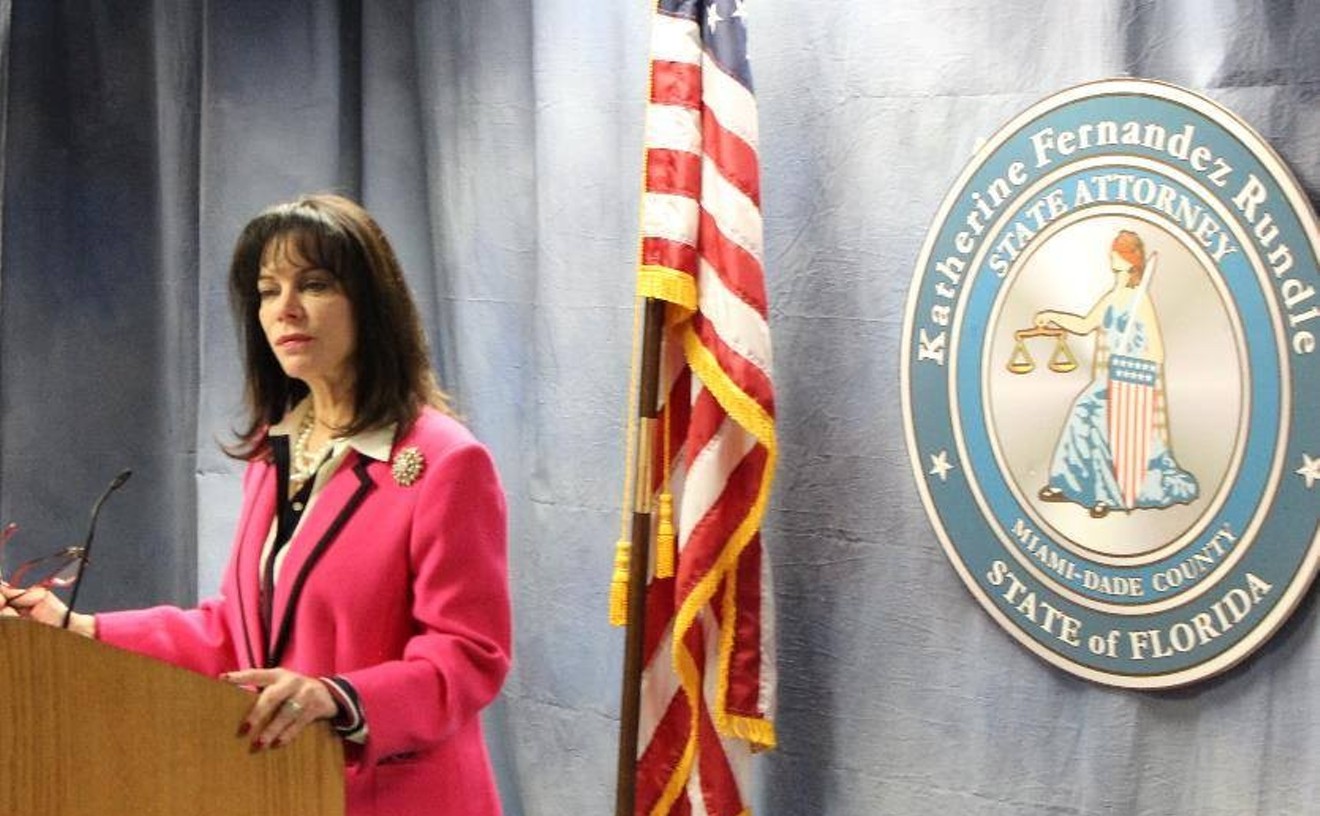 "You Can Look Right Into My Soul" — Michael Grieco 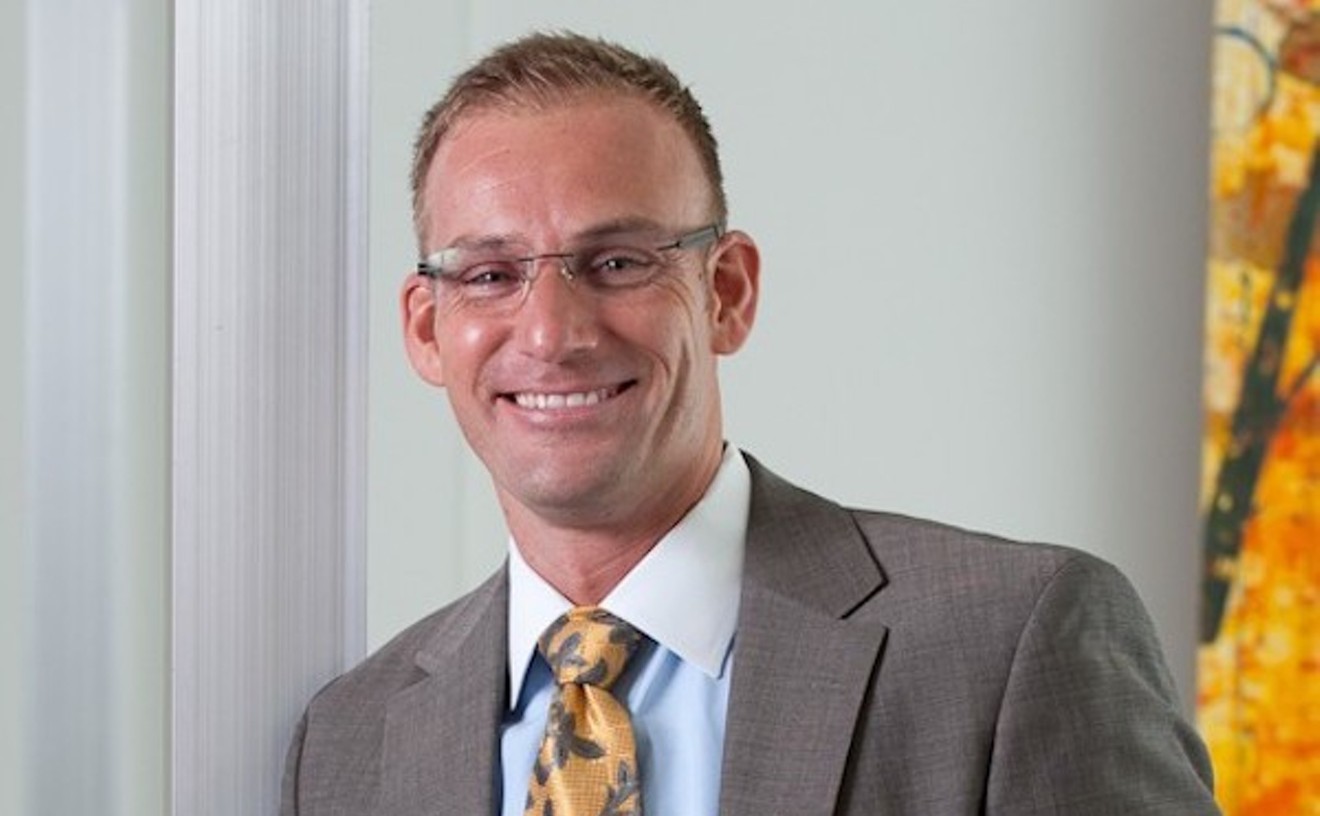 This might just be the greatest quote in Miami public-corruption history. It's all right there — the cold desperation, the plea for mercy, the inability to own up to one's mistakes despite knowing that everything will get a lot worse if you don't come clean right now. Last year, Miami Herald reporting duo Nick Nehamas and Joey Flechas nailed Grieco for collecting money from a so-called "straw donor," who was paid by a noncitizen to illegally contribute foreign money to Grieco's campaign for Miami Beach mayor. After the duo tied a political-action committee to Grieco, the reporters sat down in the Miami Beach city commissioner and lawyer's office in Brickell — where Grieco stared them right in the eyes and said the allegations were "absolutely untrue. You can look right into my soul." The Herald instead looked into his handwriting and found that Grieco had pretty clearly signed PAC documents. Grieco eventually pleaded no contest to straw-donor charges and was temporarily barred from running for office.

Most government flacks respond to critical reporters in a few obvious ways: by screaming over the phone, ignoring requests for information, or publicly accusing journalists of lying. The Miami Beach Police Department's Ernesto Rodriguez is the rare public figure who seems to understand that it is a reporter's job to critique governmental decisions — he's happy as long as his side of the story is heard. It helps that "Ernie" secures information at a rapid-fire pace. It also helps that he's active on Twitter. During CNN's Parkland town hall, he was busy yelling at the National Rifle Association's Dana Loesch just like the rest of us. 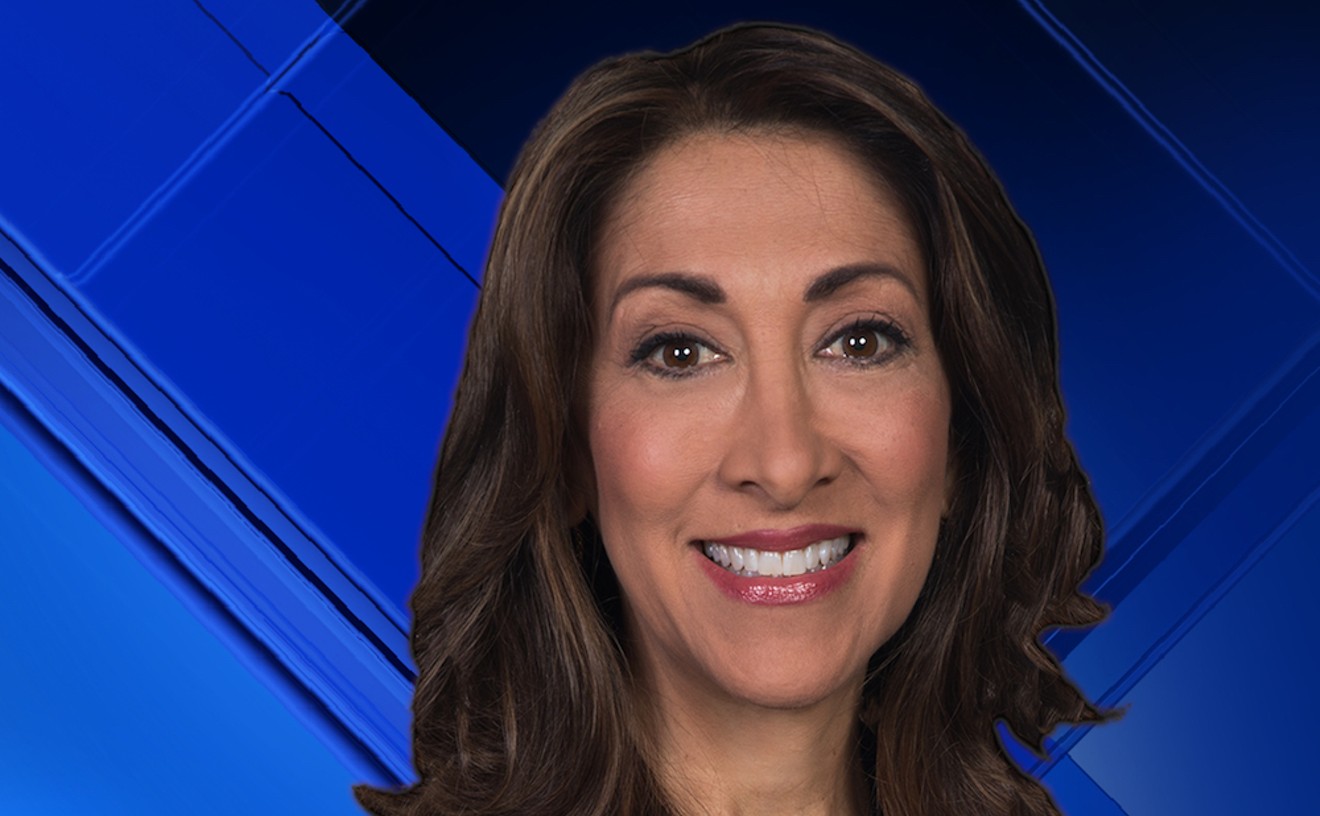 Glenna Milberg is the rare TV news reporter who seems to understand that her job is to critique powerful people, not to suck up to them. Milberg has been a fixture on South Florida TV for decades, and she's earned her airtime. Today she hosts This Week in South Florida, a public-affairs program where constituents can listen to candidates explain and defend their platforms. Where most TV reporters are occupied with ludicrous features about the latest, dangerous teenage social media challenges, Milberg spends her weekends pressing politicians about their thoughts on topics such as school funding or environmental policy.

TV news broadcasts are often vehicles for profoundly stupid commentary, outright government propaganda, and weird scaremongering. They're mostly just there to scare your grandparents into buying bread and water jugs when hurricane season starts. NBC 6 evening news anchor Jawan Strader offers much more than that. This year, Strader debuted an additional weekend program called Voices, which spotlights viewpoints from the city's black community. He has spent considerable time interviewing members of the Dream Defenders civil rights group about what it's like to "drive while black" and face racial profiling. He's also held panel discussions on untreated mental illness in black and brown communities, and even told the story of the "segregation walls" built during the Jim Crow era to separate Liberty City's black residents from nearby whites. In an era when some TV stations are forcing their anchors to read preapproved scripts praising President Trump, Strader is allowing the community at large to guide the conversation. 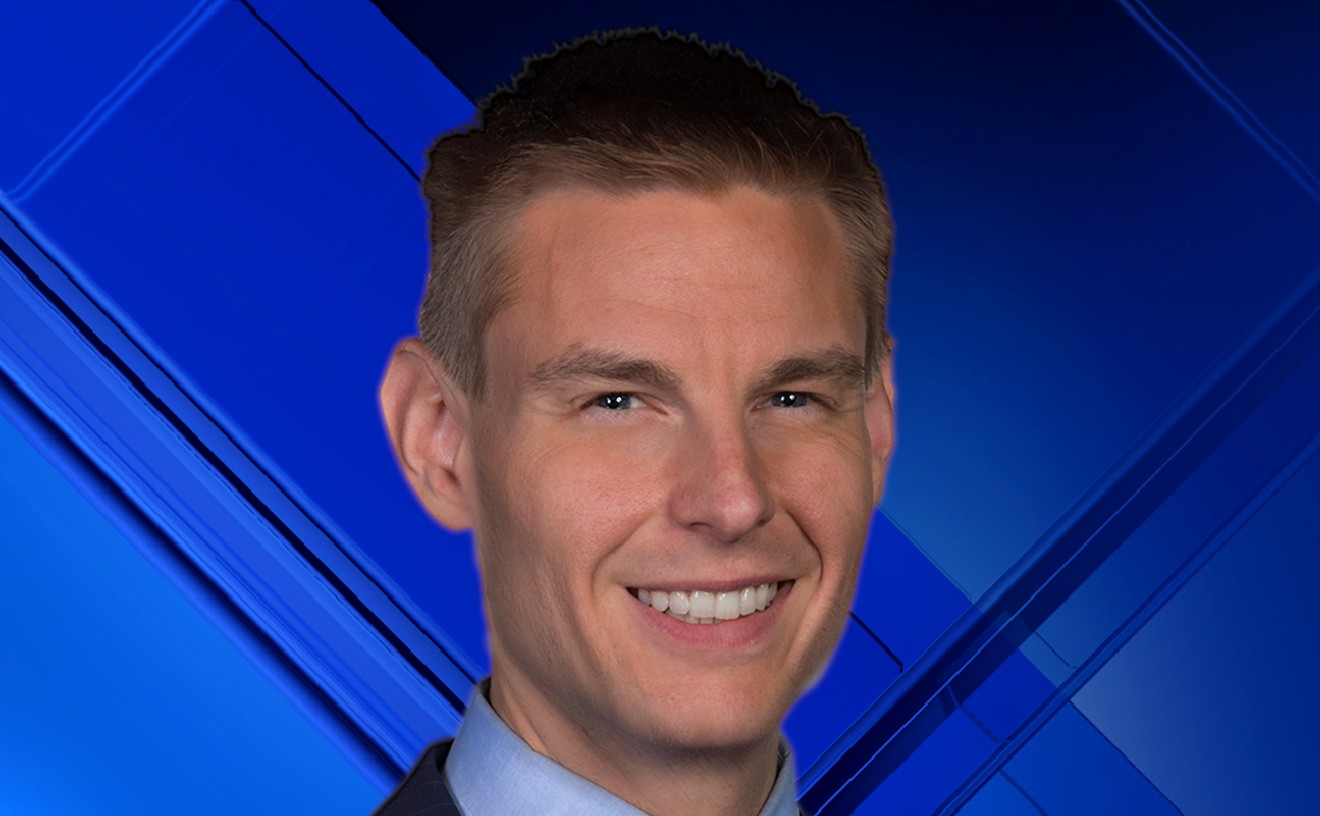 Marco Rubio Volunteering to Get Roasted on CNN by MSD Students 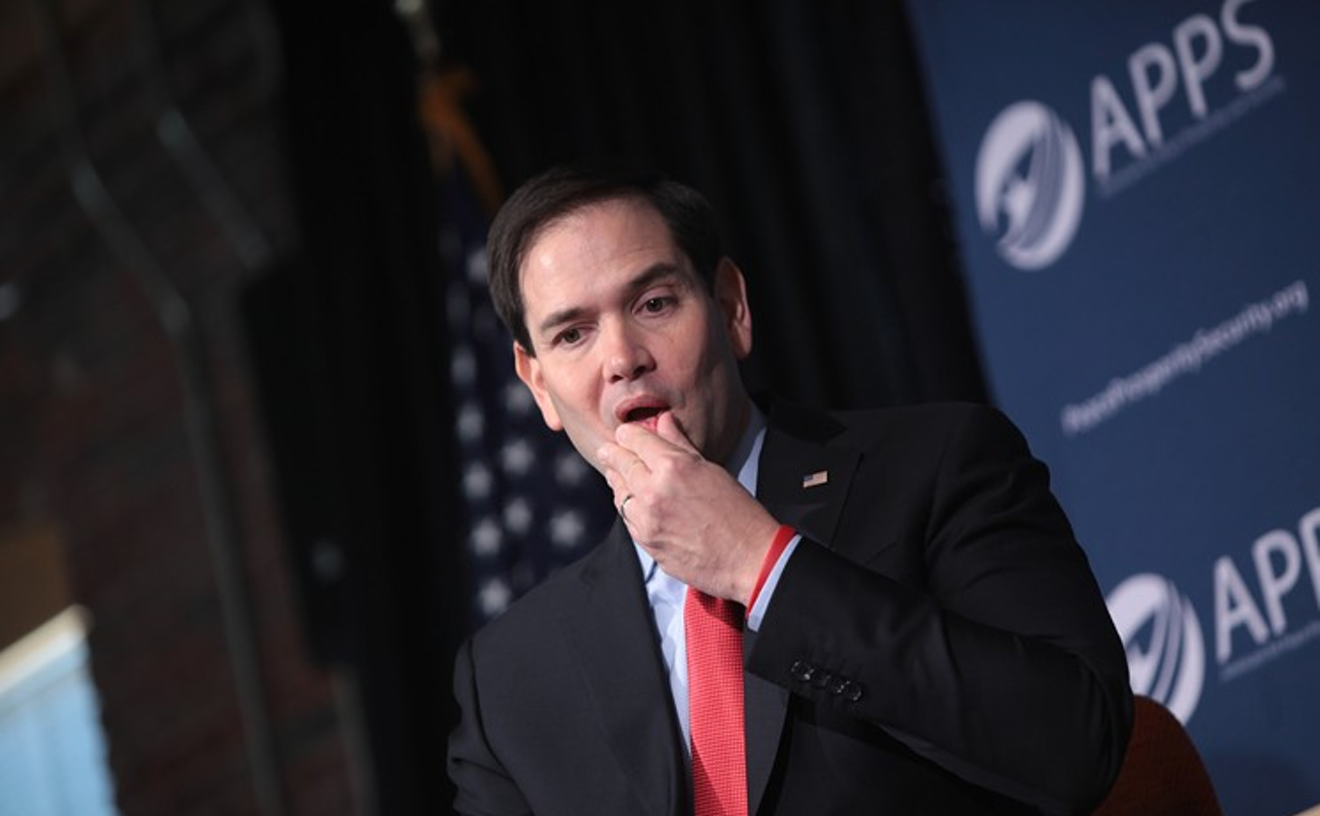 Few people handled the massacre at Marjory Stoneman Douglas High School as poorly as Marco Rubio. Florida's junior senator managed to make things worse for himself with every noncommittal remark he made in the wake of the shooting. The coup de grâce of his political self-immolation was his decision to take part in a CNN town hall alongside a handful of MSD's blisteringly intelligent, staggeringly capable student activists at an arena packed with Parkland parents and students. While it was a bold move to try to connect with his rightfully outraged constituents, Rubio did not fare well. When Fred Guttenberg, whose daughter Jaime was killed in the shooting, took the microphone, he immediately told Rubio his comments the preceding week had been "pathetically weak." As the crowd applauded Guttenberg, Rubio's face betrayed his trepidation. But it was when one of the most prominent voices of the #NeverAgain movement, Cameron Kasky, asked Rubio point-blank if he would refuse to take money from the National Rifle Association that the entire nation saw the senator's spirit break live on national television. Kasky repeated the question again and again as the jeers inside the BB&T Center grew louder. Rubio declined to reject future NRA contributions. 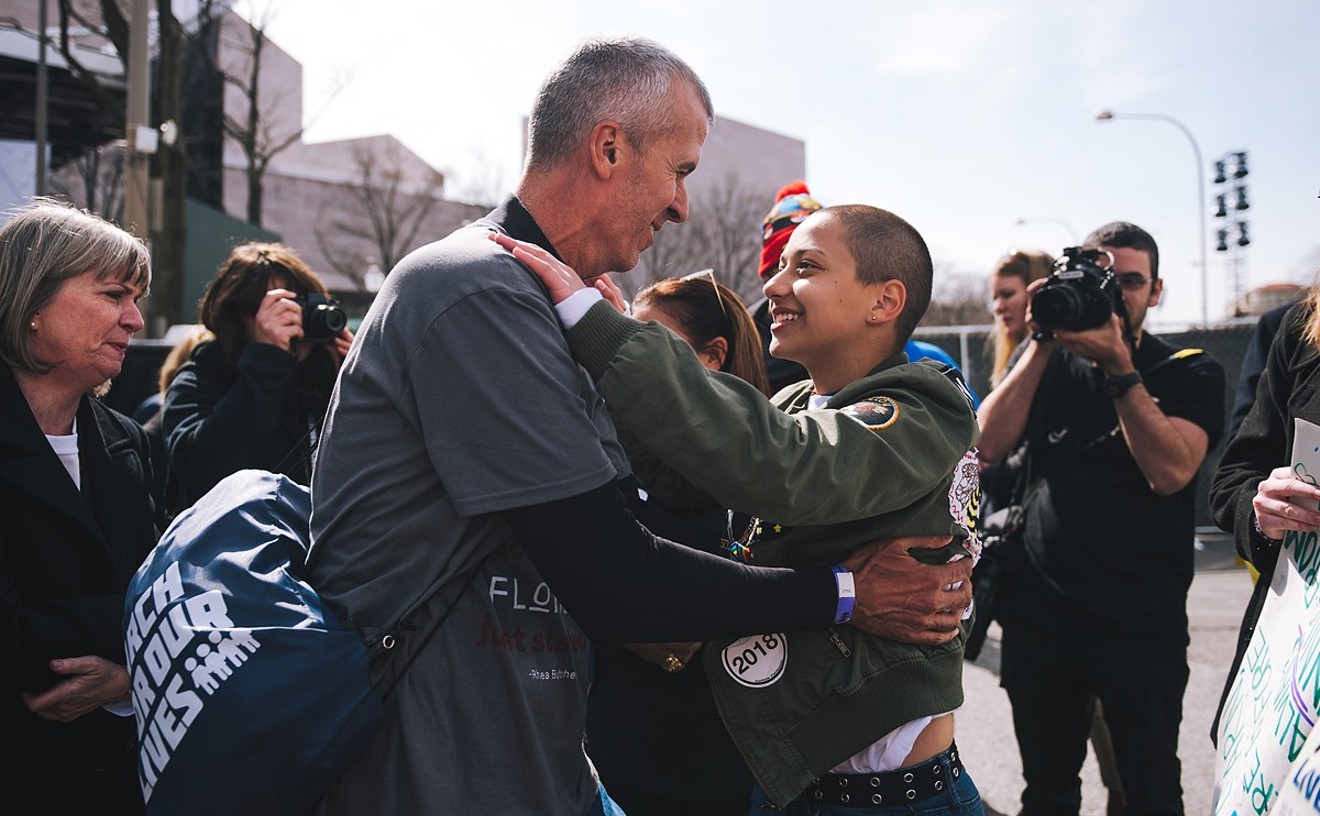 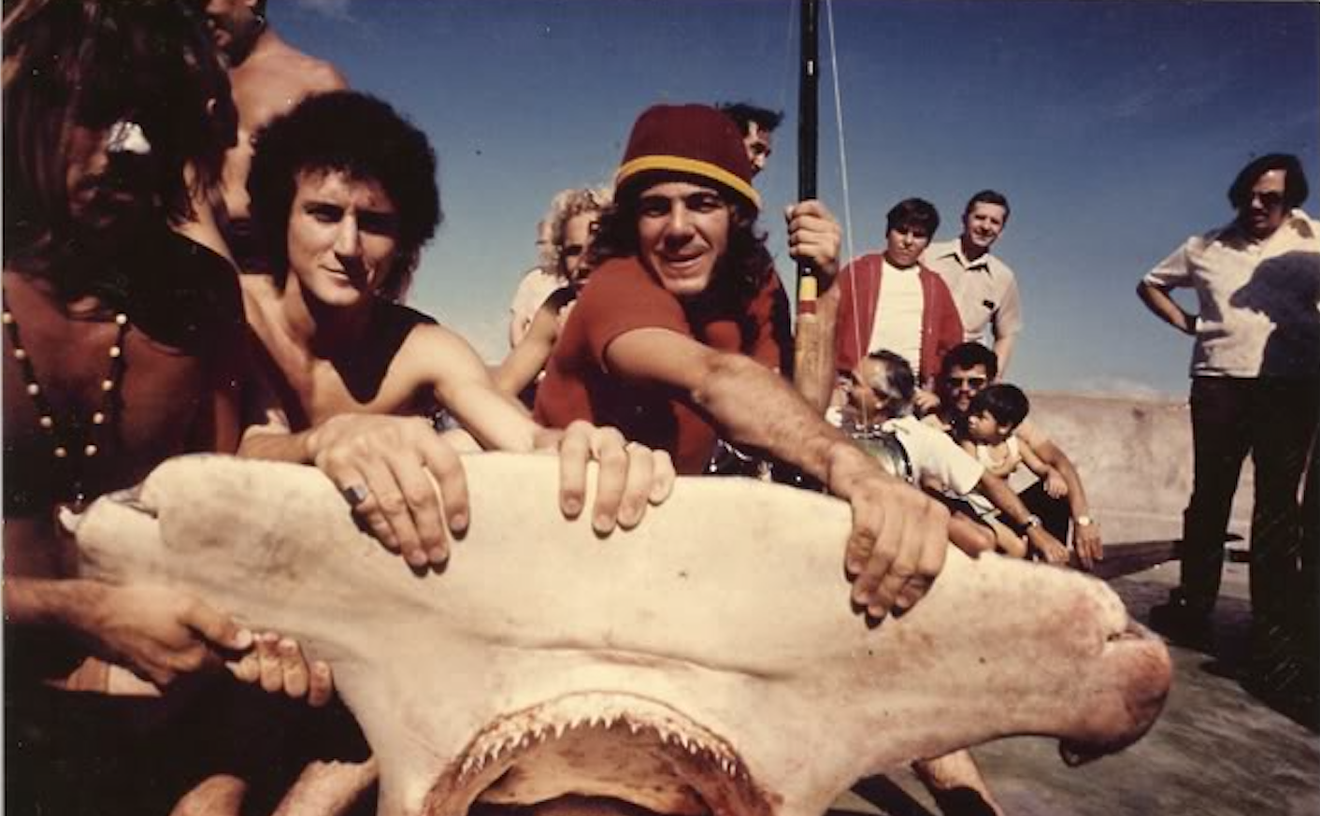