The Seven Best Free Things to Do in Miami This Week 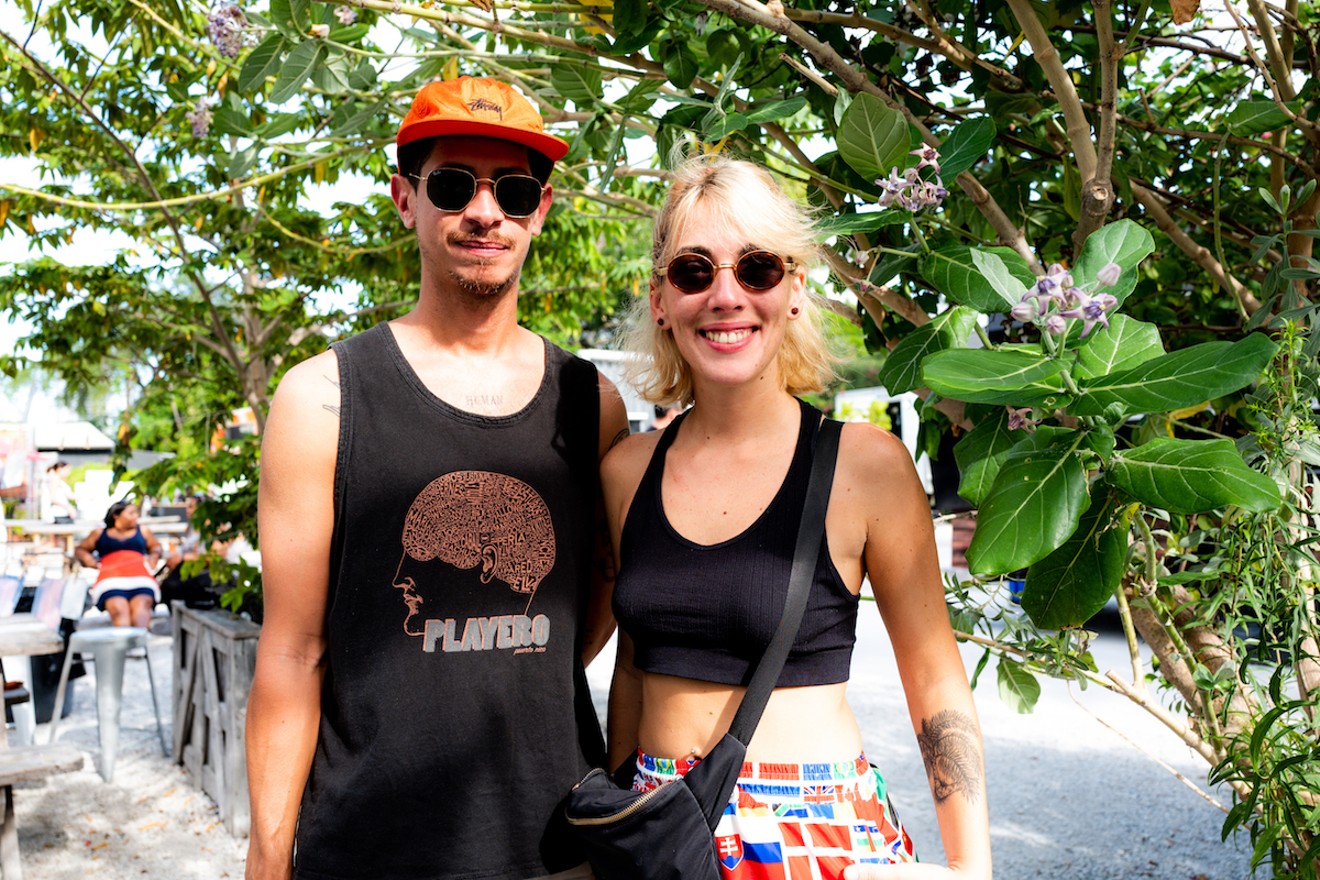 Stop everything you're doing — free things are coming to Miami this week. Photo by Daniella Mia


Here are the best free things to do in Miami this week:

The Olympia Theater will host Flesh Memory in the heart of Black History Month: See Tuesday.
Photo by Alex Markow
If you haven't witnessed the Olympia Theater's three-part event series exploring the history of black American music, you have only one more chance to check it out. Honoring Black History Month and copresented with Parkman Creative, Flesh Memory: Sounds of Motown-Staxx-'70s Soul explores soul music and its development through releases on record labels such as Stax and Motown. Tuesday's event will include appearances by the band Djazz as well as Shameka Poetry Queen, who will deliver a spoken-word performance. 7 p.m. Tuesday, February 25, at the Olympia Theater, 174 E. Flagler St., Miami; olympiatheater.org; 305-374-2444. Admission is free.

Miami's Cat Shell has made a name for herself by, in her own words, "bringing an old soul to new music." This Wednesday, the R&B-meets-pop songstress will headline the latest edition of the weekly Live Rooftop Sessions at the Citadel. Good tunes, delicious drinks, and an idyllic view of the city are hard to pass up. The jams will begin at 8 p.m., and electronica/trip-hop duo Of One Mind will open the show. 8 p.m. Wednesday, February 26, at the Citadel, 8300 NE Second Ave., Miami; thecitadelmiami.com. Admission is free with RSVP via eventbrite.com.

One of the artsiest weeks of the year has officially arrived. YoungArts Miami 2020 runs February 25 through March 1 and showcases unique performances, exhibits, and other works by 80-plus emerging artists. Among the diverse happenings, the design, photography, and visual arts exhibition, curated by Edouard Duval-Carré, will open Thursday at 7 p.m. at YoungArts' Miami HQ. An hour of film screenings will follow shortly thereafter at 9. 7 p.m. Thursday, February 27, at National YoungArts Foundation, 2100 Biscayne Blvd., Miami; youngarts.org. Admission is free. The 27th-annual Shelley Novak Awards, hosted by Novak herself (center), will honor the best drag divas in the area.
Patrick Garcia
Who is the créme de la créme in the world of Miami drag? We'll find out Saturday and Sunday during the 27th-annual Shelley Novak Awards. Named for and hosted by the beloved Magic City performer, the two-day affair will dole out awards in categories such as Best New Artist and Best Costumes. As part of the event, which is sponsored in part by the Black Market, plenty of vendors will sell handcrafted goods, and @xox_reno will offer tarot card readings. Saturday, February 29, through Sunday, March 1, at Las Rosas, 2898 NW Seventh Ave., Miami; 786-780-2700; lasrosasbar.com. Admission is free.

The Wharf goes Off the Clock.
Photo courtesy of the Wharf
As the Aerosmith classic goes: "Pink is my favorite crayon." If pink is your passion, you'll want to be at the Wharf this Saturday for its Pink Pink Everything. In addition to the waterfront spot's usual booze and food offerings, special pink cocktails and an array of pink food will be available for purchase. Adding to the pinkness, bottles of Côtes de Provence rosé will be available for the affordable price of $25 until 4 p.m. Noon Saturday, February 29, at the Wharf Miami, 114 SW North River Dr., Miami; wharfmiami.com. Admission is free.

After several years of planning, discussions, and disputes, Inter Miami CF will finally play its first game this Sunday. It's an away game (at the LA Galaxy), but it'll still be a prime opportunity to see the Magic City's local Major League Soccer team in action from the beginning. Miami Beach bar staple Mac's Club Deuce will host a watch party for soccer devotees and soon-to-be fans. But be warned: Avoid the pitfalls of hooliganism and don't get too rowdy during the game. 5:30 p.m. Sunday, March 1, at Mac's Club Deuce, 222 14th St., Miami Beach; 305-531-6200; macsclubdeuce.com. Admission is free.
KEEP MIAMI NEW TIMES FREE... Since we started Miami New Times, it has been defined as the free, independent voice of Miami, and we'd like to keep it that way. With local media under siege, it's more important than ever for us to rally support behind funding our local journalism. You can help by participating in our "I Support" program, allowing us to keep offering readers access to our incisive coverage of local news, food and culture with no paywalls.
Make a one-time donation today for as little as $1.