HistoryMiami Remembers the Sassy Senior Citizens of South Beach's Past See more photos from HistoryMiami's exhibit here. Gay Block, courtesy of HistoryMiami
The Miami Beach building that was home to the legendary nightclub Mansion and performances by Rick Ross and Deadmau5 was once a vaudeville theater known for its Yiddish entertainment. The Walgreens located in the Ritz-Carlton South Beach hotel was previously the site of the famed Jewish deli Wolfie’s. And the upscale Faena Hotel Miami Beach was a Kosher hotel called the Saxony.

There’s a reason Miami Beach was once known as the Shtetl (small Jewish village) by the Sea.

HistoryMiami's newest exhibit, “South Beach, 1974-1990: Photographs of a Jewish Community,” captures the time when the area was predominantly Jewish. The South Beach you know and love (or love to hate) is barely recognizable in the museum's show, which opens today, October 17, and runs through April 1, 2018. These were the days before the tourism boom, some predating even Crockett and Tubbs. Many of the residents back then were senior citizens: retirees, snowbirds, Eastern Europeans. But that doesn’t mean South Beach lacked personality. 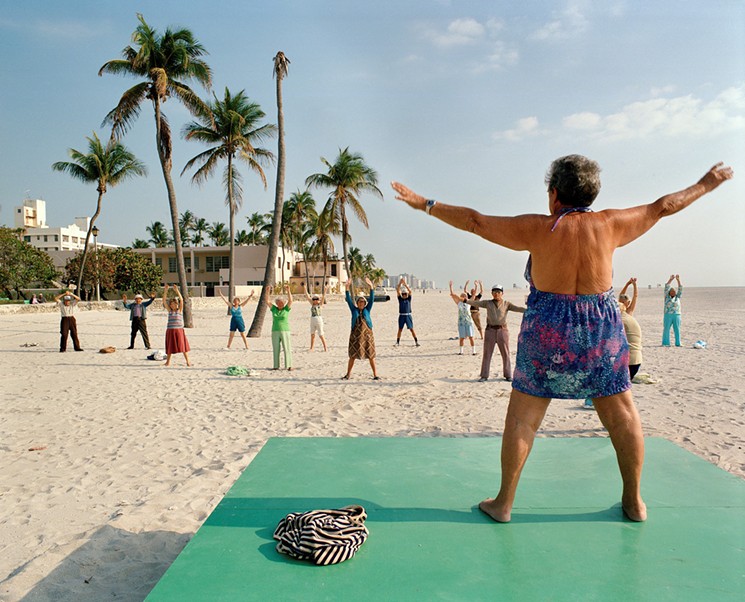 Gay Block, courtesy of HistoryMiami
“These people were enjoying themselves because they were independent,” says the Houston-born Block, whose photos span four years' worth of trips to Miami Beach in the 1980s. “They’re not living confined lives in an old-persons’ home. They weren’t living with their children, who would be telling them what to do. They were free.”

There might have been as many as 70,000 Jews in Miami Beach at one point, but that number has since dwindled to around 19,000 in 2014, according Ira Sheskin, a Jewish demography expert at the University of Miami. The art deco movement is believed to have priced out some of the elderly tenants, while others might have been turned off by an increase in crime and changing cultural demographics. 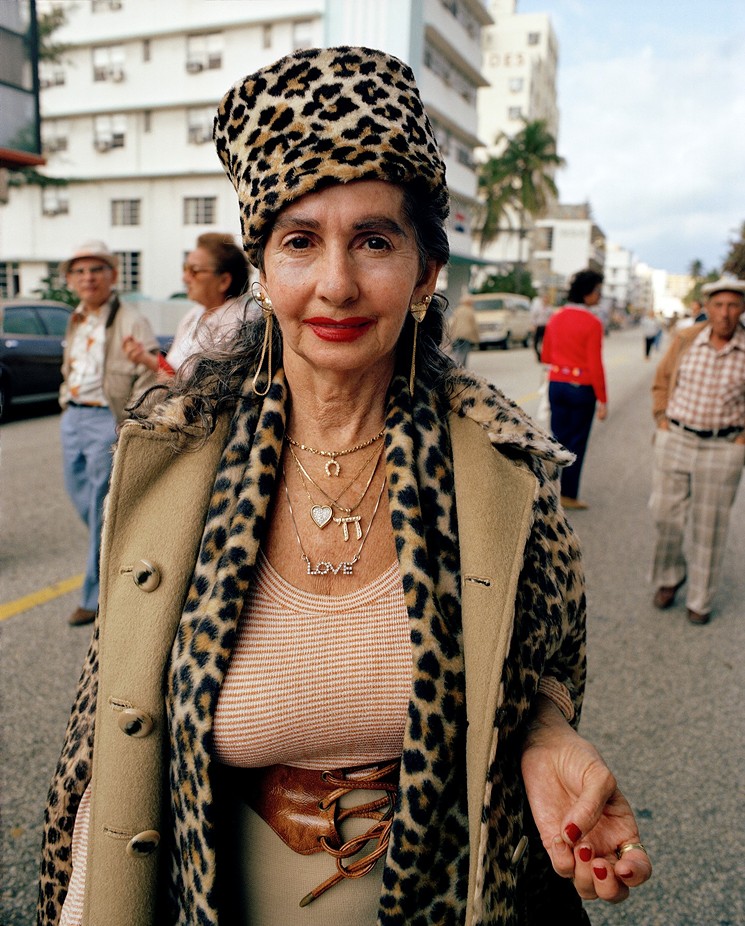 Gay Block, courtesy of HistoryMiami
HistoryMiami director Jorge Zamanillo believes the local Jewish population, which is now dispersed throughout South Florida, will appreciate the exhibit and its nod to the past, as will South Beach regulars and tourists, who are in for a surprise.

“I think it’s going to be an eye-opener,” Zamanillo says. “They’re going to say, ‘Wow, that’s what South Beach looked like?’ This is the same place where there are clubs, topless areas, and traffic backed up for miles. I think people will like seeing the portraits of the faces of South Beach in the '70s and '80s. They’ll recognize what a colorful community this is and was back then. There have always been characters. It has always been a place where people stand out. It’s just a different style now.”