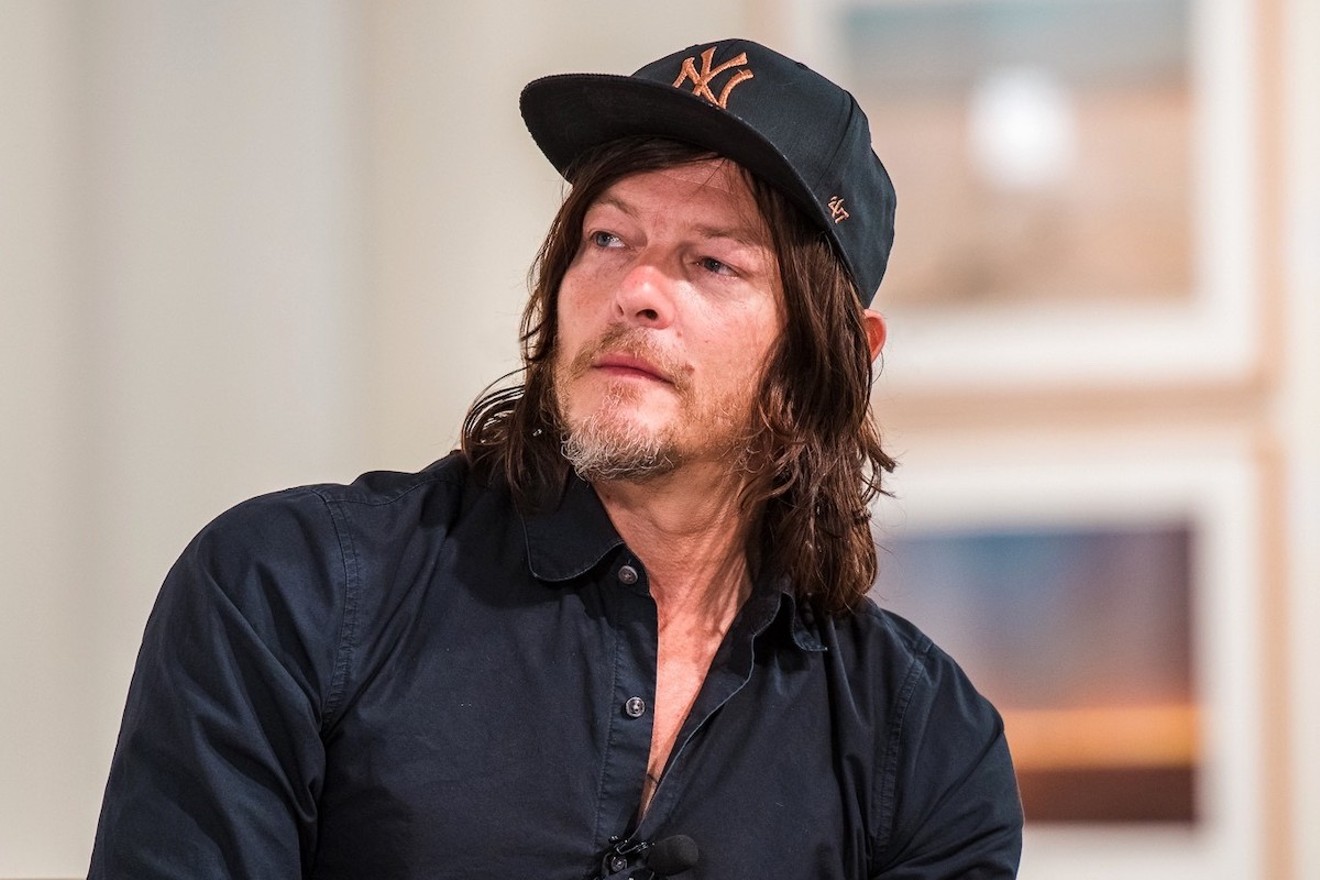 Norman Reedus Photo by Stuart Shapiro
When Norman Reedus isn't busy chasing zombies as the fearless Daryl Dixon in AMC’s long-running postapocalyptic series The Walking Dead, he spends his days documenting his life in Georgia through photography. Reedus will share his passion this Saturday, December 7, at the opening of his solo exhibition, “Portraits From the Woods.” The occasion will be accompanied by a free block party hosted by Bonnier Gallery as part of its Miami Art Week programming.

The Boondock Saints star has been indulging in his artistic hobby throughout his career and has spent a considerable amount of time capturing his surroundings and the people he encounters during his travels. His work has been exhibited in Berlin, Los Angeles, Paris, and New York. Recently, his photography was included in Sotheby’s Post War and Contemporary Photography auction, and he also published a limited-edition collector’s book, The Sun’s Coming Up... Like a Big Bald Head, in 2013. “Portraits From the Woods” is a collection of shots Reedus took of close friends and creative collaborators. The exhibit includes the images of his partner Diane Kruger, Walking Dead costar Jeffrey Dean Morgan, Japanese videogame mastermind and Death Stranding director Hideo Kojima, actress Lena Dunham, and others.

Reedus' photography has caught the eyes of many, including Sonic Youth’s Kim Gordon, who felt compelled to write about his work after flipping through the pages of his photography book:


Reedus, a Florida native, shoots mostly in digital but sometimes makes the switch to film using a Fisher-Price "Pixelvision," a toy video camera from the '80s.

“Norman knows how to use the flat surface," Gordon says in a quote embedded on the Bonnier Gallery's website. "He imbues it with the physicality that he knows as an actor, the spatial sense when you’re moving around in that rectangle. The spontaneity of live action next to the STILLness of death, fake, stuffed... real.”

Reedus, a Florida native, shoots mostly in digital but sometimes makes the switch to film using a Fisher-Price "Pixelvision," a toy video camera from the '80s. His work is intimate and spontaneous and, like the best photography, conveys a complete story simply by capturing a moment in time. Even though his photographs paint him as some sort of intentional, omniscient narrator, Reedus has said he goes about documenting his subjects in an improvised manner.

“Most of the time I just have a camera on me, and I don’t pull it out all of the time — I’m not one of those guys who just walks around and shoots aimlessly," he shared during an interview with Women's Wear Daily. "I’m a kind of on-the-fly type of guy.”

Although his work has been displayed during Miami Art Week in the past as a part of larger group shows, the presentation of “Portraits From the Woods" at the Bonnier Gallery marks the first time his work has been shown in a solo exhibition during the annual art extravaganza. “He has an extraordinary eye for the complexity of beauty. It’s not all light and stillness,” says Grant Bonnier, co-owner of the gallery. “He embraces fear, death, and terror and meshes it with something sublime.”

The free opening reception will take place in Allapattah and will also mark the anniversary of the Bonnier Gallery’s debut. Even with the assortment of amenities onsite — including food trucks such as Ms. Cheezious and King of Racks, drinks via the mobile bar Mac's Pubs, and specialty coffee courtesy of Curayted — the main attraction will undoubtedly be catching one of television's most adored badasses in a more contemplative mood than audiences are used to seeing.

"Portraits From the Woods" by Norman Reedus. Opening reception at 6 p.m. Saturday, December 7, at the Bonnier Gallery, 3408 NW Seventh Ave., Miami; 305-960-7850; thebonniergallery.com. Admission is free. The exhibition will be on display through January 11, 2020.
KEEP MIAMI NEW TIMES FREE... Since we started Miami New Times, it has been defined as the free, independent voice of Miami, and we'd like to keep it that way. With local media under siege, it's more important than ever for us to rally support behind funding our local journalism. You can help by participating in our "I Support" program, allowing us to keep offering readers access to our incisive coverage of local news, food and culture with no paywalls.
Make a one-time donation today for as little as $1.

Flor Frances is an Argentine journalist and marketer based in Miami. She has her own publication, Too Much Love; and a marketing agency, Raygun Agency.
Follow:
Twitter: @florfrances