Eyes on Miami: Walter Mercado, The Jonas Brothers, Liam Payne, and Others

Enrique Santos and Liam Payne World Red Eye
It's not easy having eyes all over the scene, being around to take in all the wild visuals at all the worthwhile places in the city. There are, however, those parties and gallery openings where a fortunate photographer can point and shoot. Every week, in collaboration with World Red Eye, New Times brings you a solid recap of all the recent experiences you might've missed around Miami. It's impossible to be everywhere, but, hey, we can try to keep our Eyes on Miami.

Courvoisier Celebrates #HonorYourCode at Komodo: Courvoisier celebrated honorees Olivia Ormos and Lex Borrero for their contributions to the community with an intimate event at Komodo.

World Red Eye
AileyCamp Final Performance Reception at Adrienne Arsht Center: The Arsht Center’s award-winning six-week summer camp, AileyCamp Miami, came to a thrilling conclusion on Saturday, August 3, on the stage of the Knight Concert Hall with a final performance titled “Imagine Us…” Before the performance, supporters and community leaders gathered in the Cejas Patrons Club to celebrate the achievements of the more than 1,000 youth throughout Miami whose lives have been transformed as a result of the camp over the past 11 years. 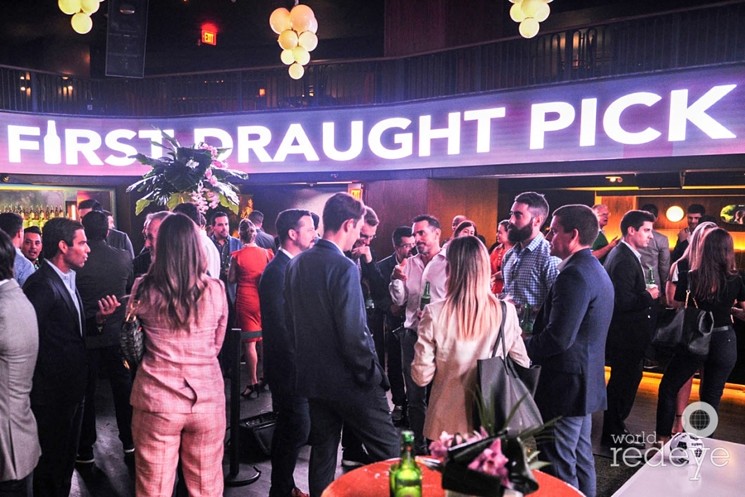 Joe and Nick Jonas
World Red Eye
The Jonas Brothers Happiness Begins Tour Concert After Party at Swan: The Jonas Brothers kicked off their highly anticipated Happiness Begins Tour last night to a sold-out crowd at American Airlines Arena.
KEEP MIAMI NEW TIMES FREE... Since we started Miami New Times, it has been defined as the free, independent voice of Miami, and we'd like to keep it that way. With local media under siege, it's more important than ever for us to rally support behind funding our local journalism. You can help by participating in our "I Support" program, allowing us to keep offering readers access to our incisive coverage of local news, food and culture with no paywalls.
Make a one-time donation today for as little as $1.