Eyes on Miami: The Weeknd, Francis Suarez, Ape Drums, and Others 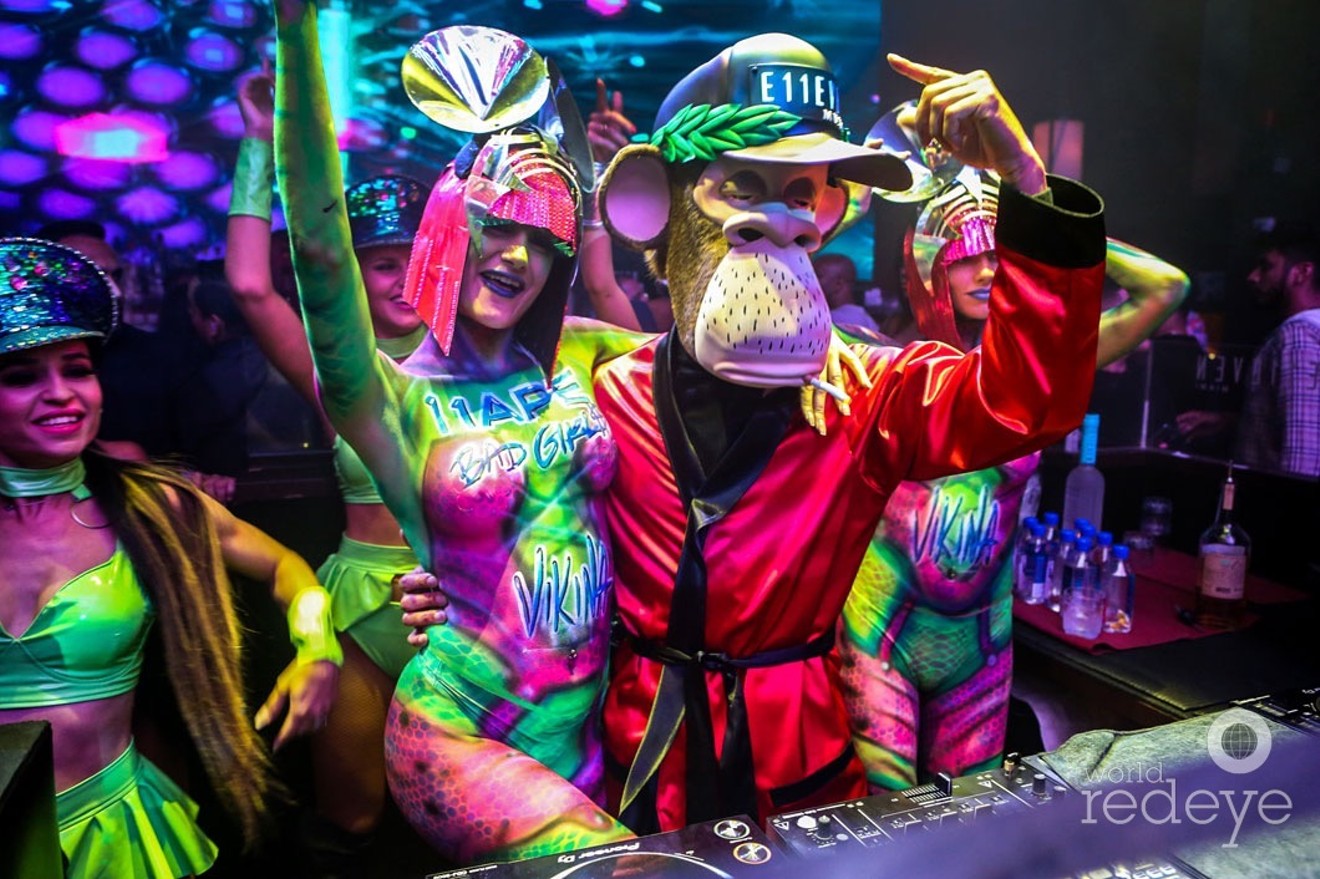 11Ape World Red Eye
It's not easy having eyes all over the scene, being around to take in all the wild visuals at all the worthwhile places in the city. There are, however, those parties and gallery openings where a fortunate photographer can point and shoot. Every week, in collaboration with World Red Eye, New Times brings you a solid recap of all the recent experiences you might've missed around Miami. It's impossible to be everywhere, but, hey, we can try to keep our Eyes on Miami. 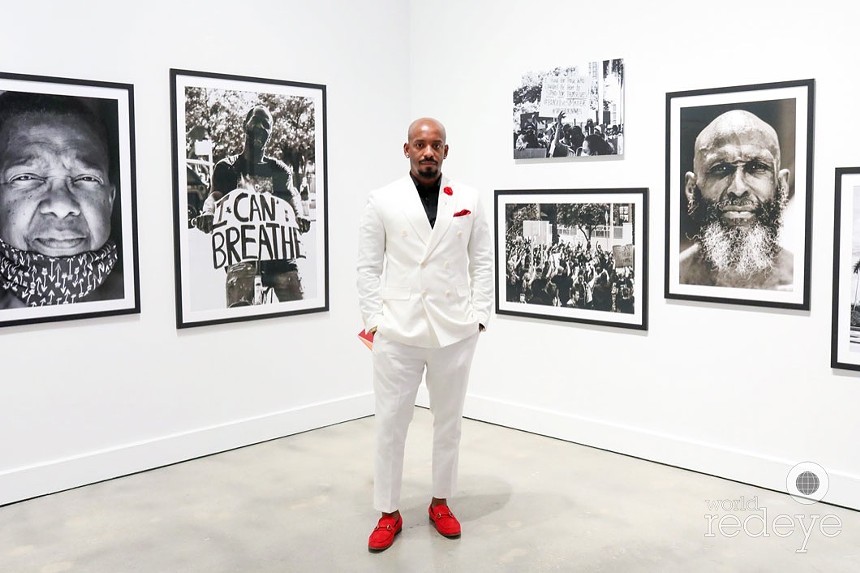 VIP Opening Party for "Capture: A Portrait of the Pandemic: at HistoryMiami Museum

World Red Eye spoke with Rahsaan "Fly Guy" Alexander about his project, "Capture: A Portrait of the Pandemic." Here's what we found out about this inspiring, creative work. 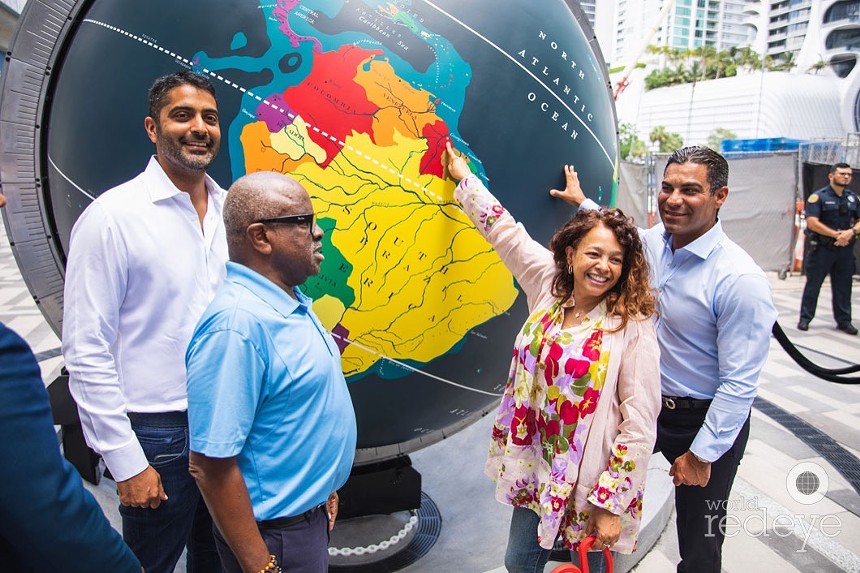 On Monday, August 8, City of Miami Mayor Francis Suarez joined Miami Worldcenter managing partner Nitin Motwani in a ribbon-cutting ceremony to officially celebrate the preservation of a local historical artifact — the 1930s-era Pan Am globe — and its new permanent and public home in downtown Miami. Locals may remember the giant globe from the soon-to-be-demolished former Miami Science Museum at Vizcaya, where it greeted visitors for decades before the Coconut Grove museum closed in 2015 and moved downtown. 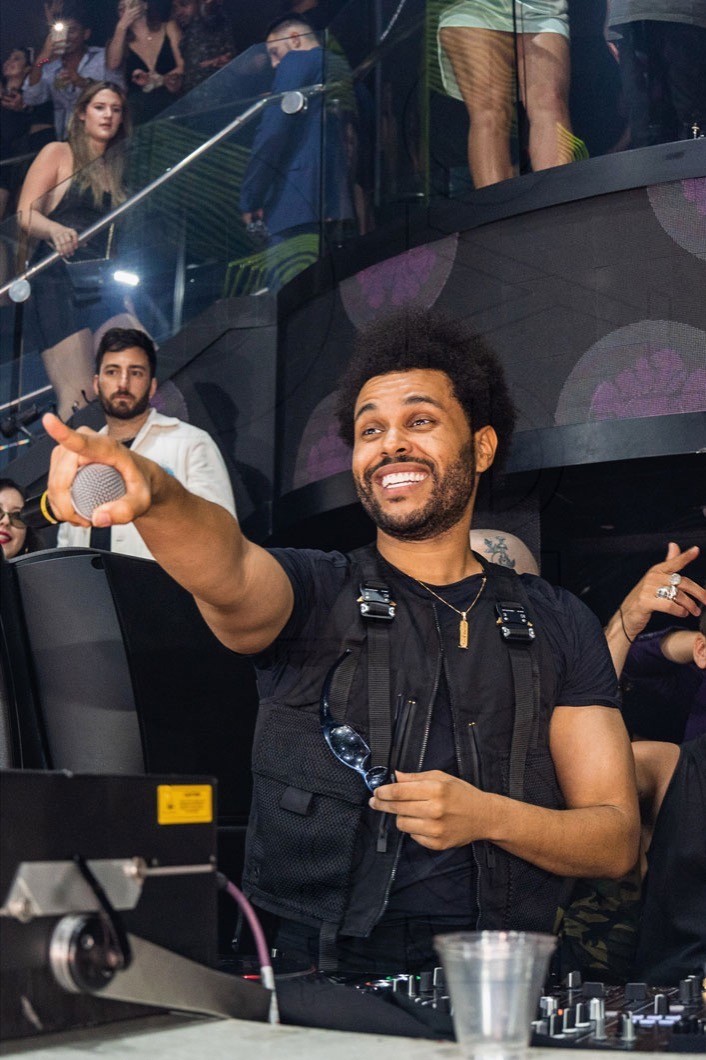 The Weeknd and Kaytranada at LIV

The Weeknd and Kaytranada took over LIV on Saturday, where they put on a once-in-a-lifetime performance. Partygoers went wild as they sang along to their favorite songs and danced the night away.

On Saturday, August 6, 50 LLF volunteers organized and distributed Back to School supplies as well as Hasbro toys and games to over 500 underserved children from LLF's partner facilities, including Touching Miami with Love, Brent Wright Leadership Academy, Breakthrough Miami, Motivational Edge, Miami Children's Initiative, Easterseals, Big Brother Big Sisters of Miami, Breakthrough Miami, Family Central, Kids in Distress, students from Miami Dade County Public Schools, and Silent Victims of Crime at the Pérez Art Museum Miami. LLF volunteers also participated in activities with the children, guided the children and their families through PAMM, participated in arts and crafts, played Jenga and Legos, and children were able to enjoy a special hula-hoop program with Les Ailes du Desir with transportation for children and their families provided for by LLF. 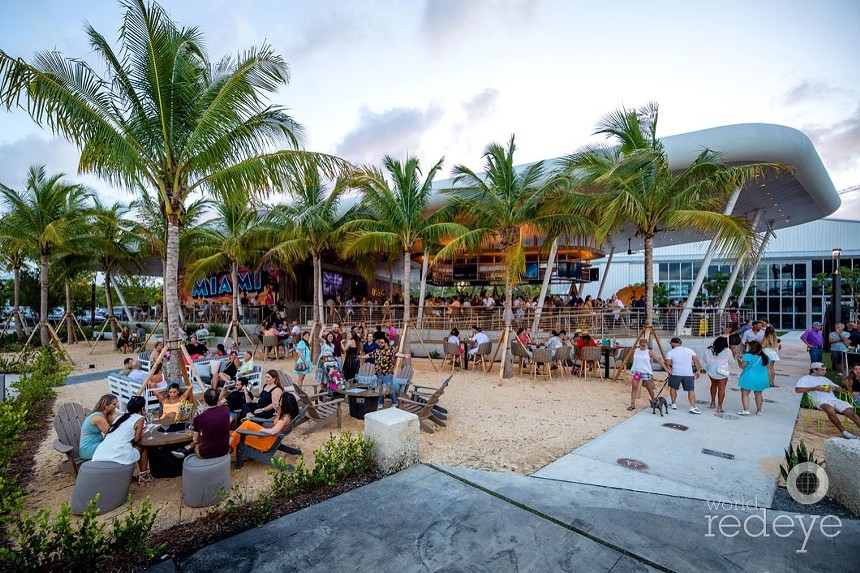 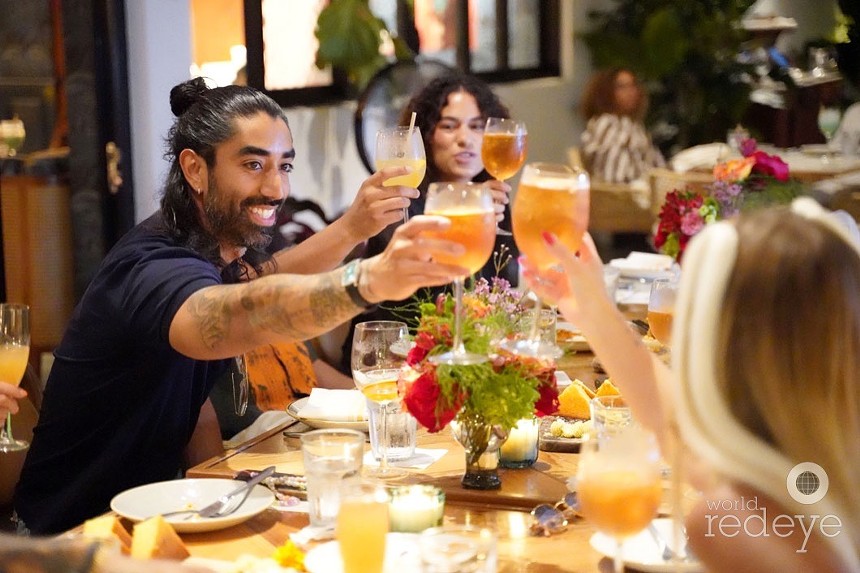 In celebration of his feature in the July/August issue of Ocean Drive, Courvoisier's newest Miami curator, Ape Drums, had a celebratory dinner with friends at Red Rooster. 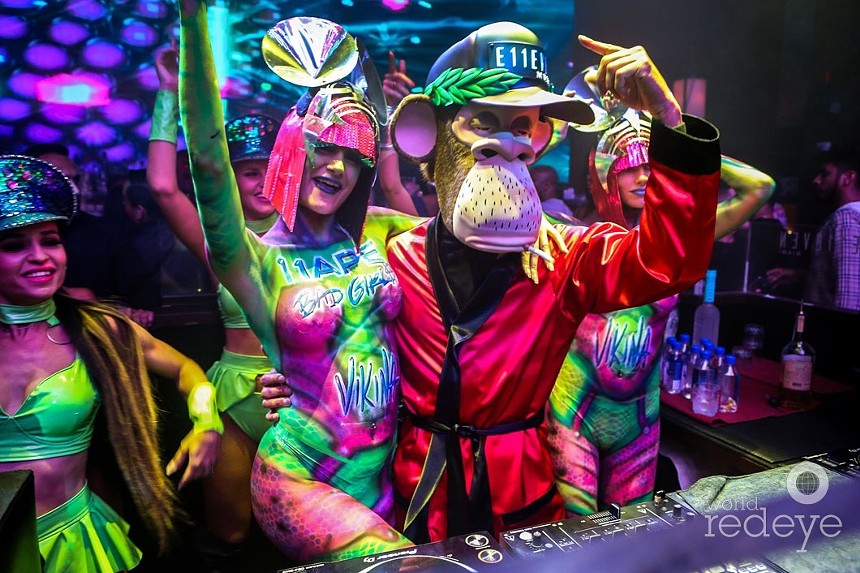 E11even was popping off on Friday night, where 11Ape took over the stage for his first performance ever. Partygoers danced the night away, ordered endless bottle parades, and enjoyed the vibes. 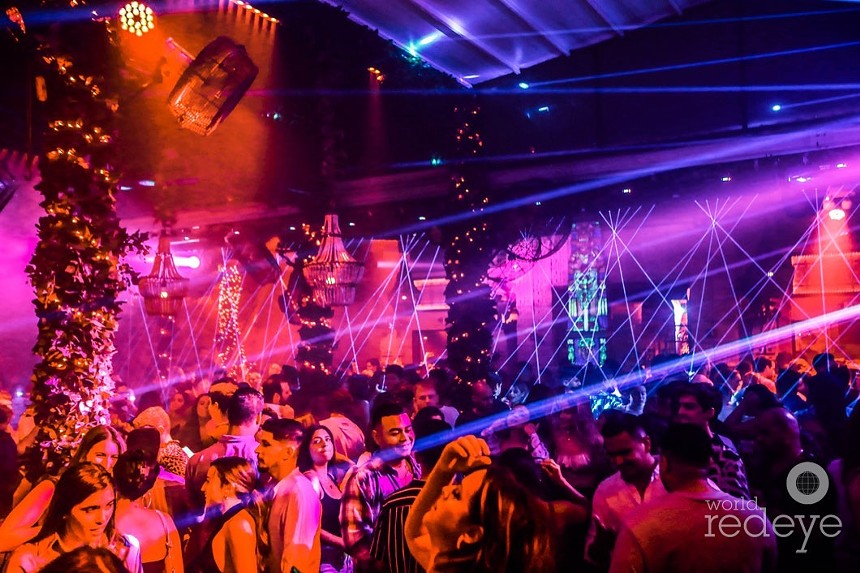 Partygoers headed to Mayami on Friday, where the club was packed from wall to wall. The vibes and beats were impeccable, as the neon lights shined on the dance floor and the guests enjoyed a fiery live performance. 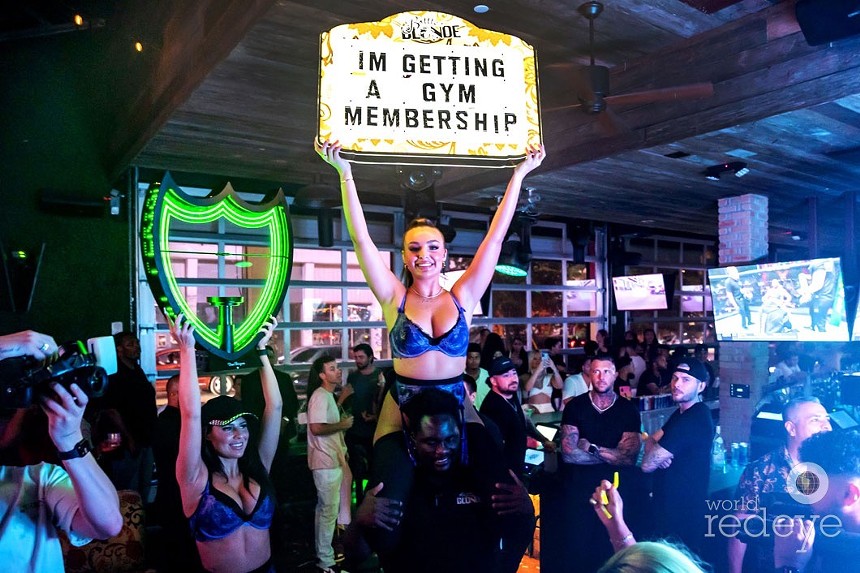 Saturday night has never looked so good! As partygoers were dancing the night away at Bottled Blonde, ordering endless bottle parades and enjoying the impeccable vibes all evening long. 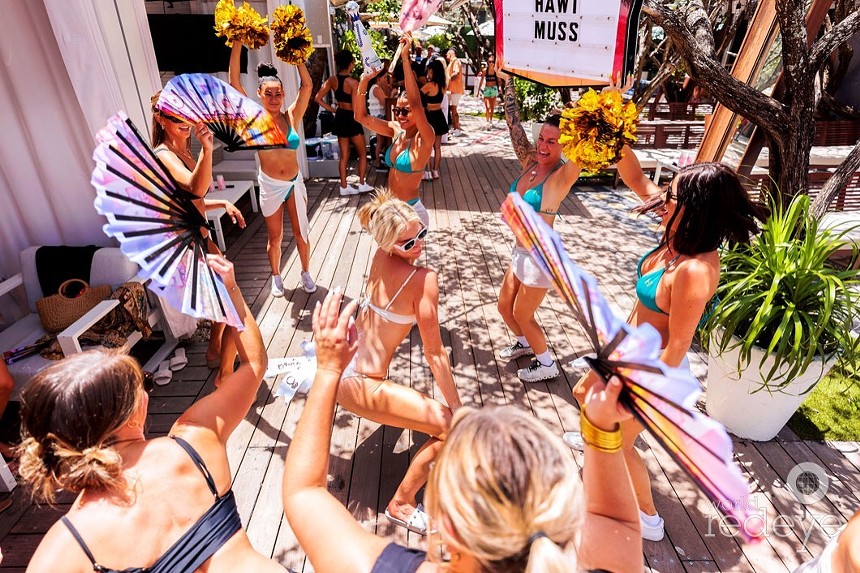 Suns out, buns out at Hyde Beach's Swim Club Saturdays, where partygoers ordered endless bottle parades, danced, and soaked in the pool as the sun shined on them. 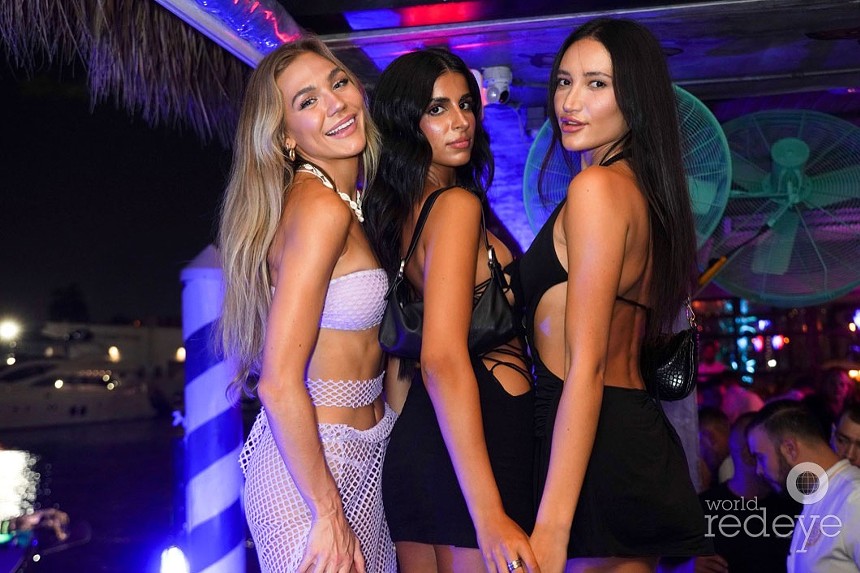 Guests headed to Kiki on the River, where they dined and danced like the weekend never had to end. Sparklers lit up the room as partygoers enjoyed the impeccable vibes with endless champagne. 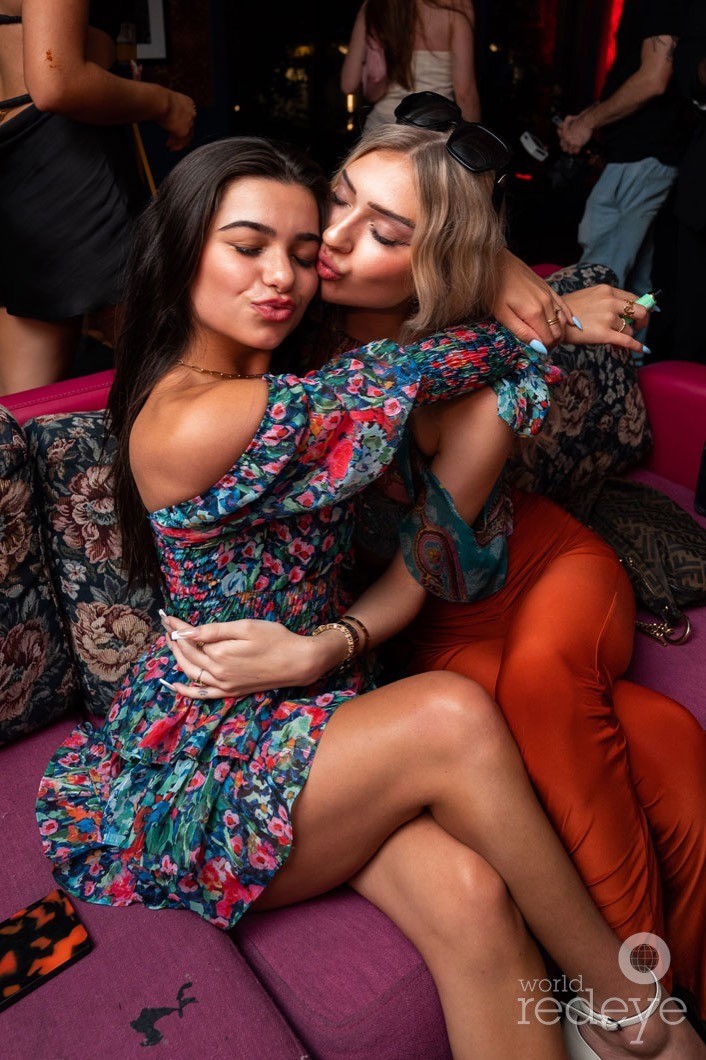 Partygoers headed to Design District's hotspot, Swan, for a beginning of the week celebration like no other. Sparklers lit up the outdoor courtyard as guests dined and danced the night away until the early morning.
KEEP MIAMI NEW TIMES FREE... Since we started Miami New Times, it has been defined as the free, independent voice of Miami, and we'd like to keep it that way. With local media under siege, it's more important than ever for us to rally support behind funding our local journalism. You can help by participating in our "I Support" program, allowing us to keep offering readers access to our incisive coverage of local news, food and culture with no paywalls.
Make a one-time donation today for as little as $1.