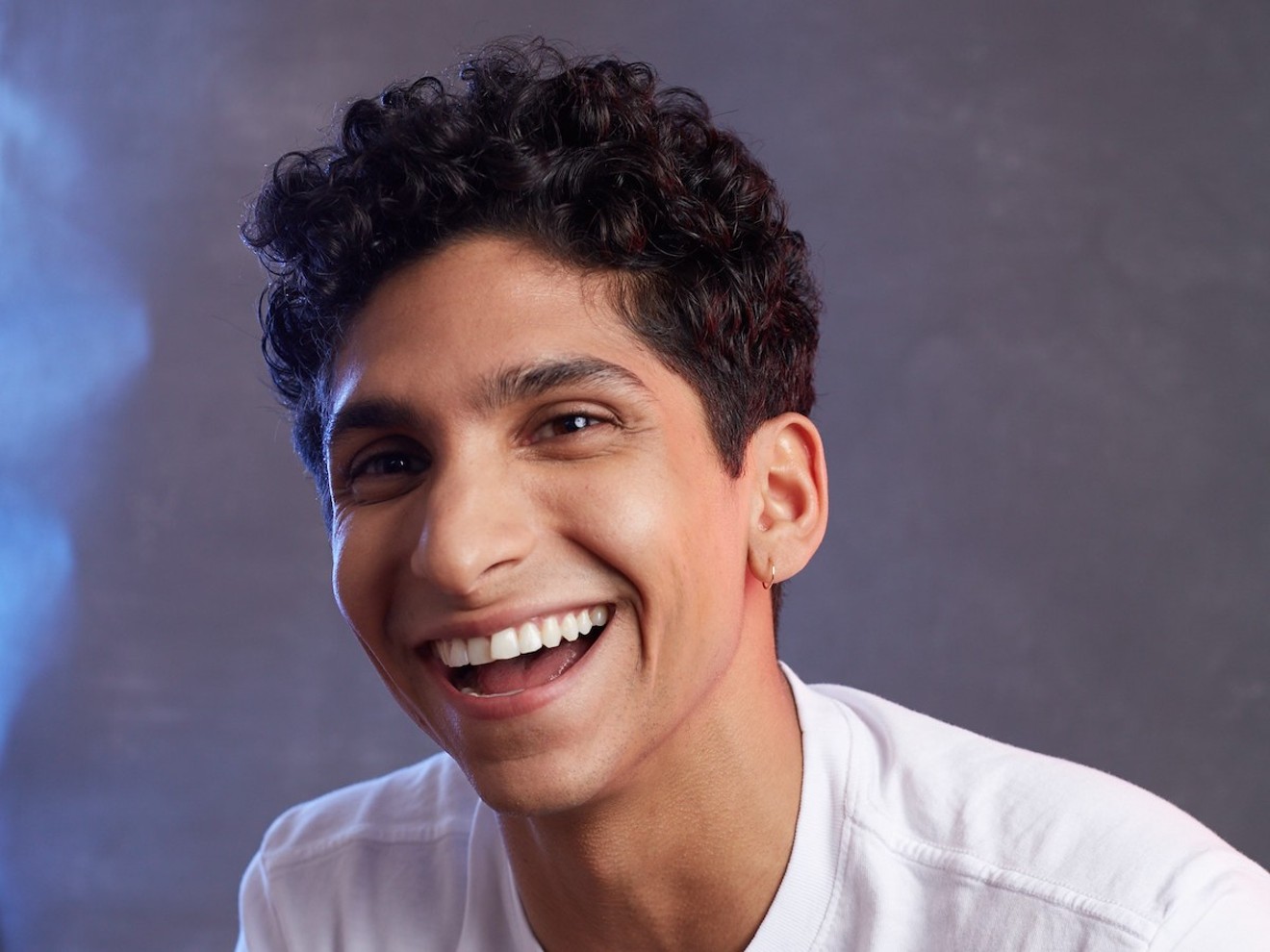 Originally, the 24-year-old Dominican-American from Liberty City planned to go into the U.S. Army, but his asthma made him ineligible. After getting the boot at the recruitment office, he found himself directionless.

Then Michelle Perkins, the theater director at the school he attended, Miami Arts Charter School, put things into perspective.

"One of the most amazing things she said to me was, 'I see you doing more good in this world with a script in your hand than I do a rifle," Curiel recounts.

In 2014 he headed to New York City to pursue his new dream of working as a full-time actor.

Like most struggling actors, Curiel had to find a day job to stay afloat. After landing the role on Pose, Curiel memorized scripts between shifts at the Rui Plaza Hotel in Times Square and commuting between New York and Los Angeles. Debuting as a recurring character in the first season, Curiel was upgraded to a main role at the behest of Ryan Murphy, the show's creator.

He now lives full-time in L.A.

It's easy to see why Curiel was given more screen time: Audiences love Lil Papi. The character is involved in a relationship with Angel (played by Indya Moore), lavishing her with unconditional affection and putting her on a pedestal without demonizing her as a trans woman of color — in Hollywood, an infrequent portrayal of trans relationships.

"More often than not, I looked around, and I was always surrounded by women."

Beyond exploring underrepresented queer storylines, acting has allowed Curiel to explore what it means to "be a man." Latinidad has had its bouts with machismo, but for the actor, representations of masculinity didn't always come from the men in his family.

"To be honest, I never really had that growing up," he says. "I think for me, it was a constant search and constant longing for that masculine figure, that manly figure that I can use to shape and mold my masculinity and how I wanted to be seen as a man. In that search, more often than not, I looked around, and I was always surrounded by women."

Those women, including his mother, not only taught him the definition of what being a man was but also gave him the confidence to be himself without having to be violent and hypermasculine.

Another major life lesson, this one gained from his grandmother, Mama Flor, was about his identity. Curiel, who identifies as Afro-Latino, credits her with inspiring him to embrace his Blackness.

"Meeting my grandmother — who is a Black woman, she is a Dominican — I finally understood and it clicked for me. I am Afro," Curiel says. "I met my grandmother [last] August, and she passed away on my birthday, October 16. I was excited to show her a picture of my girlfriend, and she said, 'She's so beautiful. She looks just like me.'

"Thinking about it now, I understand the pain she felt as a Black woman because all her kids brought home white Latinos. And I can only imagine her as a mother looking at her sons bringing women home that never looked like her — what that must have felt like. Hearing that from her helped me step more into my Blackness."

Curiel's journey is far from over, but he recently had a full-circle moment with actor John Leguizamo. The two worked together on Leguizamo's upcoming film, Critical Thinking, based on the true story of the chess team at Miami's Jackson High School.

"For me, growing up wanting to be like John, leaving Miami going on that whole journey and coming back to Miami with John to do work next to John — I felt like I could die in this moment," Curiel says.

Pose airs on FX; episodes are available on-demand via Netflix.
KEEP MIAMI NEW TIMES FREE... Since we started Miami New Times, it has been defined as the free, independent voice of Miami, and we'd like to keep it that way. With local media under siege, it's more important than ever for us to rally support behind funding our local journalism. You can help by participating in our "I Support" program, allowing us to keep offering readers access to our incisive coverage of local news, food and culture with no paywalls.
Make a one-time donation today for as little as $1.