Live Arts Miami presents the world premiere of Caraboom, a car wash where no cars are washed. Attendees are welcomed to a night of poetry and comedy wherein car-wash workers tell the story of the Caraboom family. Produced and directed by Natasha Tsakos, the show is staged at parking lot 1 at Miami Dade College's Wolfson Campus. Guests can take a seat or watch from the comfort of their own car as foam cannons, bubble machines, and human water fountains create a splash-filled adventure. 7 and 9 p.m. Thursday through April 10, at Miami Dade College Wolfson Campus, 233 NE Fifth St., Miami; caraboomlive.com. Tickets cost $35 to $115. Sophia Medina 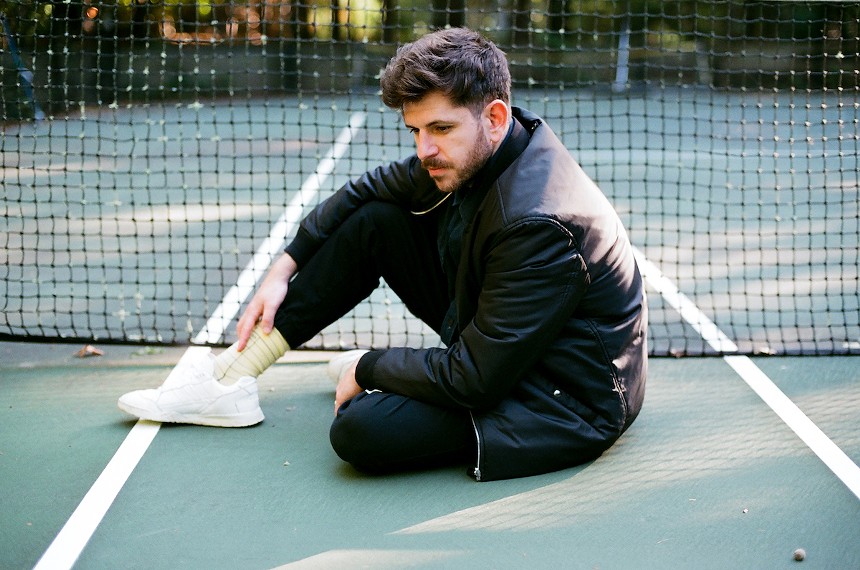 Celebrate the power of poetry during the O, Miami Poetry Festival, a monthlong event that gives voice to the city's local artists and exposes residents to verse. O, Miami consists of site-specific events, community gatherings, and poetry-in-public-place projects, which take place throughout the month of April. Events include a Drag Poetry Slam, a wine tasting and poetry workshop, yoga, and Frisbee. The aim: to get every single person in Miami-Dade County to encounter at least one poem throughout its showcase. Friday through April 31; omiami.org. Sophia Medina

Still don't understand what a non-fungible token (NFT) is? Perhaps Miami NFT Week can help. The three-day conference at Mana Wynwood presents more than 200 speakers and 40-plus seminars. Francis Suarez, Miami's tech-bro-in-chief, will be on hand, along with billionaire Mark Cuban and motivational speaker Grant Cardone. (You'd think a conference that champions NFT would put the creatives and institutions that would stand to benefit from the technology front and center, but — maybe next time.) You might not come away understanding NFTs and the blockchain any better, but you'll get some networking done. Friday through Sunday, at Mana Wynwood, 318 NW 23rd St., Miami; miaminftweek.com. Tickets cost $497 to $8,997. Jose D. Duran

Pride in April? Every year, Miami Beach Pride bucks the trend of celebrating the LGBTQ+ community in June, pushing the party up by two months. Through April 10, the city will host countless events, from pool parties and drag performances to balls and parades. The festivities kick off on Friday at 5 p.m., with the raising of the Pride flag at Miami Beach City Hall. On Saturday, the party continues at the rooftop pool at the Kimpton Hotel Palomar with the Fun Dip Pool Party with DJs Deanne and Hex Hector. Friday through April 10, at various locations; miamibeachpride.com. Ticket prices vary. Ashley-Anna Aboreden

In 2007, New York Times dance critic Alastair Macaulay hailed Miami City Ballet's production of Jewels, adding, "If I lived in Florida, I would attend every performance." Fifteen years later, you can see what all the fuss is about when the company once again dances to the three-act ballet by New York City Ballet cofounder George Balanchine. Miami City Ballet will perform the piece with a live orchestra playing the music by Fauré, Stravinsky, and Tchaikovsky. 7:30 p.m. Friday and Saturday and 2 p.m. Sunday, at Adrienne Arsht Center for the Performing Arts, 1300 Biscayne Blvd., Miami; 305-949-6722; arshtcenter.com. Tickets cost $30 to $189. Ashley-Anna Aboreden

Whiskey connoisseurs, rejoice! The seventh-annual Miami Whiskey Mash returns, showcasing more than 100 different whiskies from around the world. From Irish and Scottish whiskies to Japanese and American spirits, attendees will have the chance to taste a variety of adaptations of the distilled alcoholic beverage. The event is curated as a chill, Miami-style event; there'll be live jazz music and cigars to celebrate and appreciate the world of whiskey. 3 p.m. Saturday, at the Cruz Building, 3157 Commodore Pl., Coconut Grove; miamiwhiskeymash.com. Tickets cost $30 to $100 via eventbrite.com. Sophia Medina

The Wynwood Metal Festival makes landfall at the Spot Wynwood for a headbanging time. Featuring performances by Born Beneath, Chronic Combustion, Cosmic Sun, and Scattered Reality, the festival will stretch across three stages, showcasing the hard-rockin' talents of the local scene. In addition to music, there will be food and drinks, as well as merchandise to commemorate the wicked event. 4 p.m. Saturday, at the Spot Wynwood, 3201 NW Seventh Ave., Miami; 786-200-2017. Tickets cost $10. Sophia Medina

Singer-songwriter Trevor Hall is known for his chill, reggae-style music. He stops by the North Beach Bandshell on Saturday, joined by folk quartet Gone Gone Beyond. A native of South Carolina, Hall dropped his latest album, In and Through the Body, back in 2020. The record spans everything from folk and roots to indie and electronica. 8 p.m. Saturday, at North Beach Bandshell, 7275 Collins Ave., Miami Beach; 305-672-5202; northbeachbandshell.com. Tickets cost $30 via eventbrite.com. Ashley-Anna Aboreden 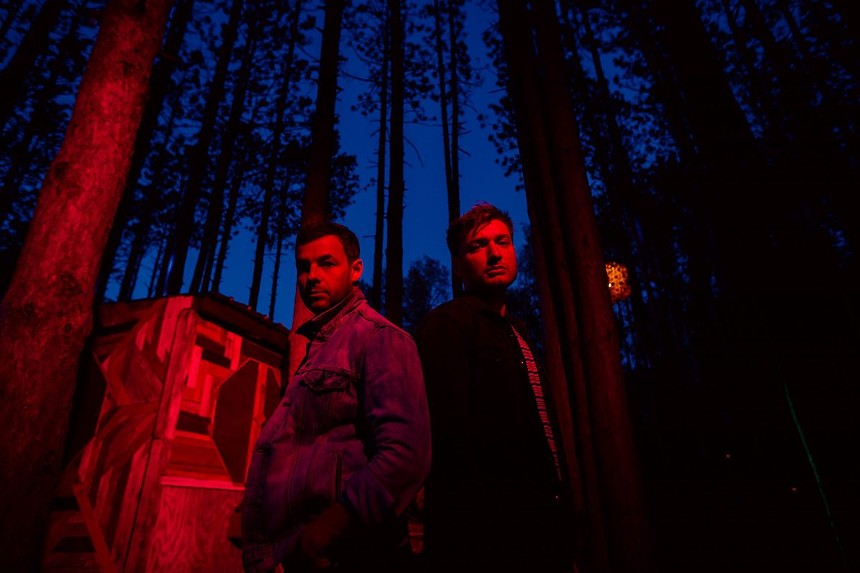 The Craft Market returns to Vizcaya Village Farmers' Market, showcasing handmade treasures made of wood, ceramics, and textiles. The market offers works from the Partners for Art + Design, South Florida Woodturner's Guild, and the Ceramic League, and everything's available for purchase. The Craft Market takes place once a month, making it the perfect place for those looking for something for that special someone. 9 a.m. Sunday, at Vizcaya Village, 3250 S. Miami Ave., Miami; 305-250-9133; vizcaya.org. Admission is free. Sophia Medina

On Sunday, synthwave act the Midnight performs at Oasis Wynwood along with alternative-pop trio Nightly. Made up of singer-songwriter Tyler Lyle and producer Tim McEwan, the band's latest album, 2020's Monsters, uses a 1980s-style synthwave backdrop to explore themes of romance and nostalgia. The Miami stop is the duo's last North American date before hopping over the pond for a string of dates in the U.K. and Ireland. 8 p.m. Sunday, at Oasis Wynwood, 2335 N. Miami Ave., Miami; oasiswynwood.com. Tickets cost $25 to $35 via tixr.com. Sophia Medina

Post-hardcore band Drug Church dropped its fourth studio album, the '90s-alternative-rock-flavored Hygiene, to critical acclaim last month. "Hygiene is a record wholly unconcerned about how derivative it sounds, or with how it fits into the wider rock landscape," the AV Club's Alex McLevy wrote in his review. On the road to support the release, the band stops by Gramps on Monday. Also on the lineup: One Step Closer, Soul Blind, and Lurk. 7 p.m. Monday, at Gramps, 176 NW 24th St., Miami; 855-732-8992; gramps.com. Tickets cost $18 via eventbrite.com. Ashley-Anna Aboreden

Whether you love it or hate it, Miami has become a tech-bro paradise. (Thanks, Francis!) Still, that doesn't mean there isn't room for a bit of disruption. Enter: $hitcoin, a two-day cryptocurrency conference at Mad Club Wynwood. Unlike the sanctioned Bitcoin Conference at the Miami Beach Convention Center, $hitcoin invites everyone and anyone to showcase their projects. In fact, $hitcoin was born out of the gatekeeping during the 2021 Bitcoin event, which excluded some participants. Tuesday and Wednesday at Mad Club Wynwood, 55 NE 24th St., Miami; shitcoinconf.com. Tickets cost $30 to $60 via eventbrite.com. Ashley-Anna Aboreden

As part of its Science on Screen series, Coral Gables Art Cinema presents The Biggest Little Farm on Tuesday. The 2018 documentary follows John and Molly Chester as they go from city living to a 200-acre farm. Spanning eight years, the film is an inspiring look at how to live in tune with nature. After the screening, stay in your seat for a panel discussion with City of Coral Gables' resiliency and sustainability manager Matt Anderson, Miami-Dade County's chief bay officer Irela Bague, and University of Miami sustainability director Teddy Thoutellier. 7 p.m. Tuesday, at Coral Gables Art Cinema, 260 Aragon Ave., Coral Gables; 786-472-2249; gablescinema.com. Tickets cost $11.75. Jose D. Duran

Swedish singer-songwriter Snoh Aalegra brings her Ugh, These Temporary Highs Tour to the Fillmore Miami Beach on Wednesday. Aalegra released her album, Temporary Highs in the Violet Skies, to critical acclaim in 2021, and she's up for two Grammy Awards this year, for "Best R&B Album" and "Best R&B Performance." "In continuing to be so open and expressive about love, hope, and loss, she makes it feel possible for the rest of us," NME writer Sophie Williams writes in a four-star review of the album. 8 p.m. Wednesday, at the Fillmore Miami Beach, 1700 Washington Ave., Miami Beach; 305-673-7300; fillmoremb.com. Tickets cost $38.50 to $59.50 via livenation.com. Ashley-Anna Aboreden