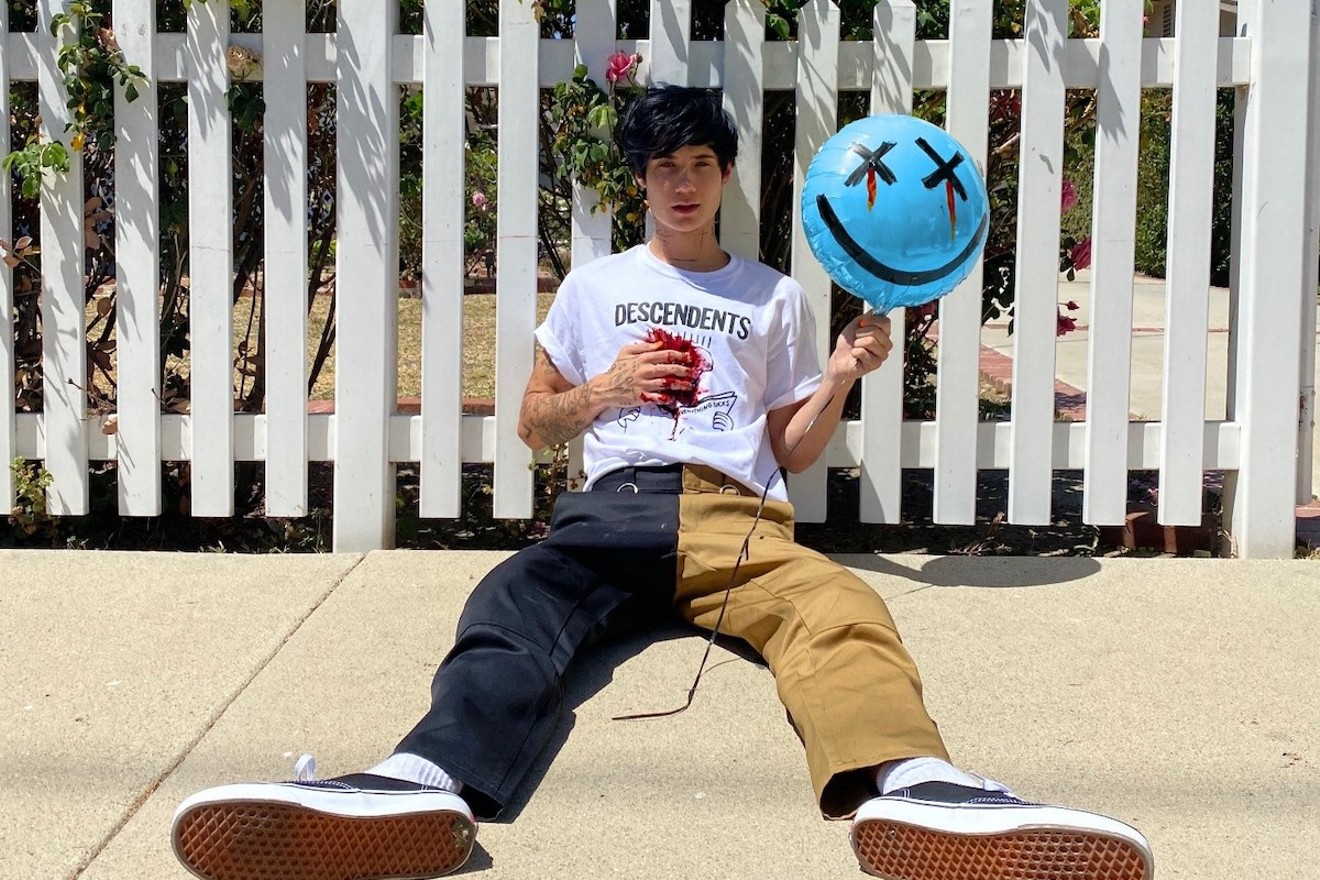 On Thursday, local party promoter Ripefruit brings Moluccan artist Jael to 1-800-Lucky for a free concert. The Netherlands-based musician takes inspiration from his multicultural background to infuse his DJ sets with a genre-bending ethos that features everything from soulful R&B to future bass. Last year, he released his debut album, Half as Much, a bass-thumping R&B offering that also showcases his silky smooth vocals. 9 p.m. Thursday, 1-800-Lucky, 143 NW 23rd St., Miami; 305-768-9826; 1800lucky.com. Admission is free with RSVP via eventbrite.com. Jose D. Duran 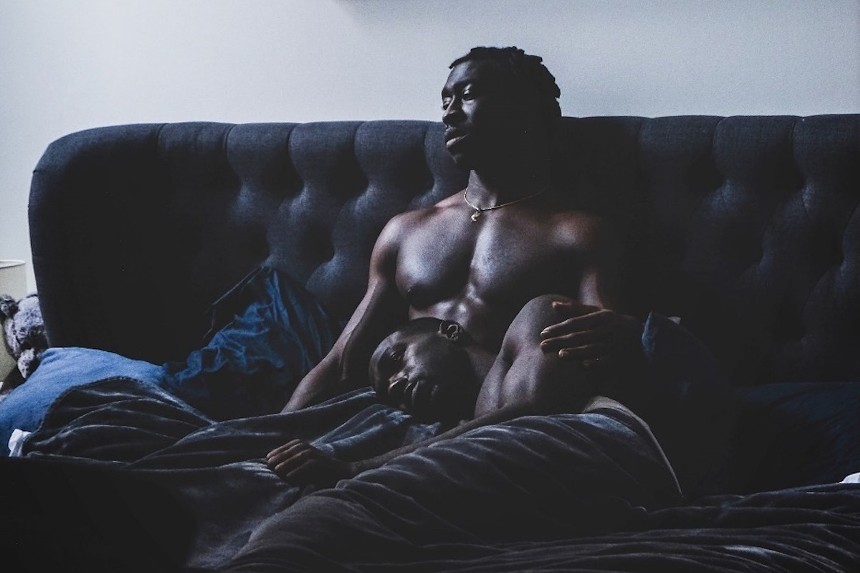 Since 1998, the Outshine Film Festival has highlighted contemporary LGBTQ+ media. With a blend of in-person and virtual screenings, the 2022 festival features something for everyone, from drama and comedy to romance and documentaries, from April 22-May 2. The opening-night film, B-Boy Blues, directed by Jussie Smollett, is an unapologetic celebration of African-American gay men. Afterward, enjoy drinks, light bites, and live music, along with the presentation of the Vanguard Award to actress Patricia Velasquez (The Mummy and The Curse of La Llorona). 7 p.m. Friday, at the Black Archives Historic Lyric Theater, 819 NW Second Ave., Miami; outshinefilm.com. Tickets cost $55. Ashley-Anna Aboreden

On Friday, O, Miami continues its mission to get everyone to interact with poetry during the month of April with its Drag Poetry Slam. The project by Cara Dodge is a two-act show of six performances lip-synced by the drag artists to the poets' voices. Blending music, art, theatrics, and verse, the event promises to bring the spheres of drag and poetry closer together. 7:30 p.m. Friday, at Tropotrope, 5712 NE Fourth Ave., Miami; omiami.org. Admission requires a donation of $5 to $25 via eventbrite.com. Ashley-Anna Aboreden

Iconic English rock band the Who stops at Hard Rock Live on Friday as part of the Who Hits Back! Tour. The band behind hits like "Baba O'Riley" and "My Generation" will share the stage with an orchestra to perform songs from its expansive catalogue. Original members Roger Daltrey and Pete Townshend will also be backed by a band that includes Simon Townshend (guitar), Loren Gold (keyboard), Emily Marshall (keyboard), Jon Button (bass), Zak Starkey (drums), and Billy Nicholls (backing vocals). 8 p.m. Friday, at Hard Rock Live, 1 Seminole Way, Hollywood; 954-797-5531; seminolehardrockhollywood.com. Tickets cost $107 to $407 via ticketmaster.com. Ashley-Anna Aboreden

DJ-producer Kaskade takes over the decks at Story on Friday night. Since the late '90s, Kaskade has risen to fame in the dance-music scene, recognized for tracks like "I Remember" with Deadmau5, "Move for Me," and "Angel on My Shoulder." In his 25-year career, he's earned seven Grammy nominations and been a regular fixture on DJ Mag's Top 100 DJs poll. 11 p.m. Friday, at Story, 136 Collins Ave., Miami Beach; 305-479-4426; storymiami.com. Tickets cost $65 at tixr.com. Sophia Medina

Last year, vinyl record sales topped $1 billion for the first time in 35 years. As major labels and retailers look to capitalize on the surge, let's not forget who actually helped spur the revival: local record stores. On Saturday, local shops celebrate Record Store Day, featuring special releases, live music, drinks, and more. On 79th Street, Technique Records will open at 8 a.m. with RSD exclusives, a spring sale, an open bar, and giveaways. If you want first dibs on RSD releases, grab an appointment time from 8 to 10 a.m., with walk-ins welcomed after that. And dig through the outdoor record sale, stocked with items ranging in price from $1 to $3. 8 a.m. to 8 p.m. Saturday, Technique Records, 880 NE 79th St., Miami; 786-717-6622; techniquerecords.com. Admission is free. Ashley-Anna Aboreden

Dive into a multisensory beer-tasting event when Irie Jungle Craft Beer Festival returns to Tripping Animals Brewing Co. on Saturday. Spread across 15,000 square feet, the festival serves up suds from more than 70 breweries alongside culinary pop-ups, an immersive art installation, DJs, and a reggae band. The price of admission includes unlimited pours and a souvenir glass — or spring for the VIP ticket, which brings the bonus of a tote bag, a special glass, a bottle of Irie Jungle 2022 BA imperial stout, and early access to the event. Noon to 5 p.m. Saturday, at Tripping Animals Brewing Co., 2685 NW 105th Ave., Doral; 305-646-1339; trippinganimals.com. Tickets cost $75 to $125 via eventbrite.com. Jose D. Duran

Raise your glasses to this year's Wine & Spirits Festival, a celebratory event recognizing the diverse wines and spirits made around the world. The two-day festival brings together over 100 craft beers, wines, and spirits samples. There's also a Champagne & Sparkling Wine Room (for an upcharge). There's also plenty of food, live music, and demonstrations. 1 to 5 p.m. and 6 to 11 p.m. Saturday and noon to 7 p.m. Sunday, at 2985 South Bayshore Dr., Coconut Grove; beerwinespiritsfestivals.com. Tickets cost $19 to $149 via eventbrite.com. Sophia Medina

On Sunday, Pew Pew Miami teams up with Disco, I Love You for the ultimate disco pool party. Headliner Nick Monaco anchors the event alongside Eveava and Vakdevii. A native of Northern California, Monaco is the cofounder of Unisex Records and is best known for his signature bright-red lipstick. When he's not taking command behind the decks, he's often advocating on behalf of the LGBTQ+ community and its issues. 2 to 8 p.m. Sunday, at the Oasis at Magic City Innovation District, 360 NE 62nd St., Miami; pewpewtonight.com. Tickets cost $10 to $40 via eventbrite.com. Ashley-Anna Aboreden

Presented by Bas Fisher Invitational as part of its Waterproof Miami series, "Nadir Souirgi: Metonym" has popped up in the Design District. On view through May 27, the exhibition highlights Souirgi's use of disorientation, interweaving, and framing to challenge human positionality to other animal realms. The artist was born to a Haitian mother and Moroccan father; his biracial background and his mother's political activism influence his work immensely. 11 a.m. to 8 p.m. Monday through May 27, at 140 NE 39th St., Ste. 106, Miami; miamidesigndistrict.net. Admission is free. Jose D. Duran

On Tuesday, TikTok personality turned pop-punk singer Jxdn stops at Revolution Live as part of his Tell Me About Tomorrow Tour. Jxdn rose to fame after joining the social-media platform in 2019. Having achieved influencer status, he caught the attention of Blink-182 drummer Travis Baker, who signed him to his label, DTA Records. Since then, Jxdn has collaborated with the likes of Machine Gun Kelly and covered songs like Olivia Rodrigo's "Driver's License." He was nominated for the Social Star Award at the 2021 iHeartRadio Music Awards. 7 p.m. Tuesday, at Revolution Live, 100 SW Third Ave., Fort Lauderdale; 954-449-1025; jointherevolution.net. Tickets cost $23 via ticketmaster.com. Sophia Medina

Jamaican singer Koffee takes the stage at the Fillmore Miami Beach on Wednesday. She's in the midst of her Gifted Tour in support of her debut album of the same name. Blending dancehall, reggae, pop, and hip-hop, the singer is known for tracks like "Burning," "Ragamuffin," and "Toast." In 2020, her debut EP, Rapture, won the Grammy Award for "Best Reggae Album" making her the first (and so far only) woman to snag the honor. 8 p.m. Wednesday, at the Fillmore Miami Beach, 1700 Washington Ave., Miami Beach; 305-673-7300; fillmoremb.com. Tickets cost $35 to $65 via livenation.com. Sophia Medina