There's So Much Trash in Miami Canals, You Can See It From Space 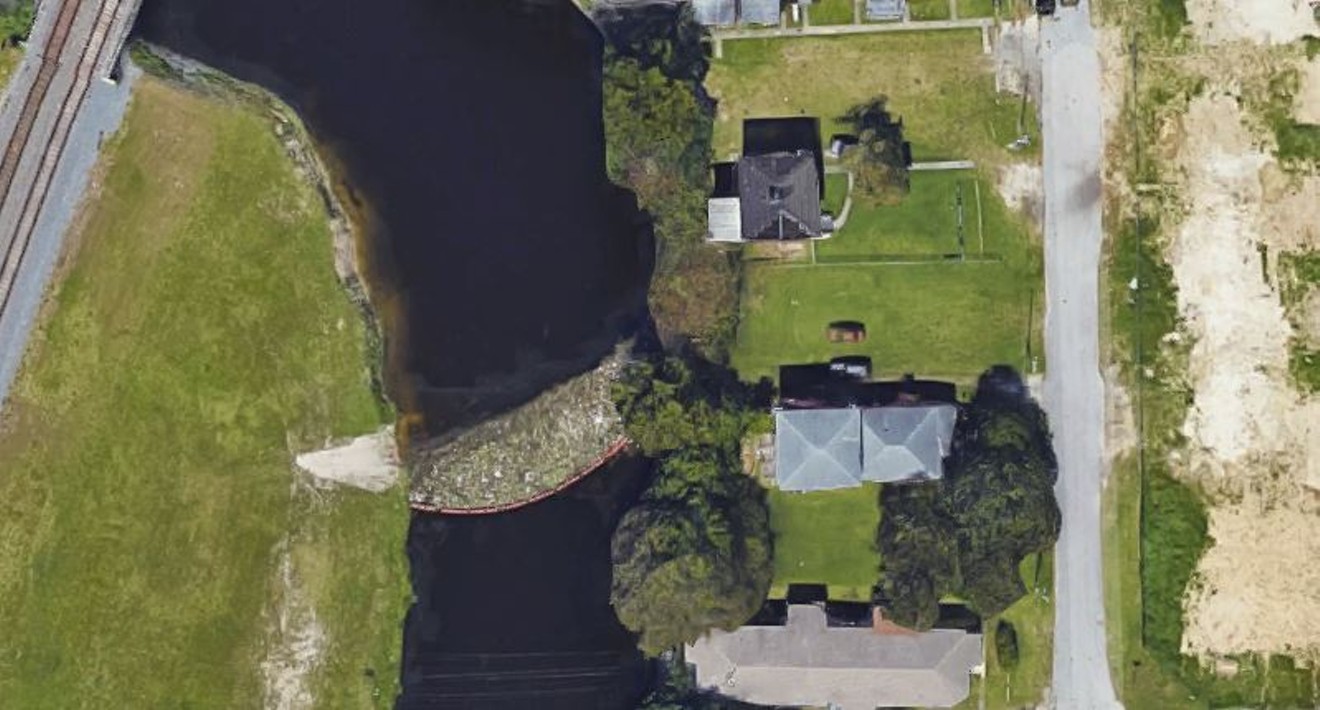 Garbage collects on one of the South Florida Water Management District's booms. Google Maps
After getting a call from someone about trash piling up in a Miami canal, environmentalist Dave Doebler turned to Google Maps to get the GPS coordinates. What showed up on the screen shocked him: The massive clump of trash could be seen in satellite images.

"It blew my mind," says Doebler, founder of VolunteerCleanup.org, which organizes shoreline clean
click to enlarge 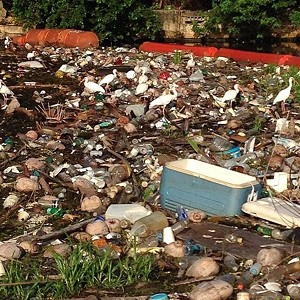 Trash in front of a boom in a canal.
Dave Doebler
-ups around South Florida. "I was completely floored that this much trash was visible from a satellite circling the Earth."

The image illustrates what Doebler says is a major problem. In canals across the region, booms meant to keep powerful dams clear catch huge amounts of garbage that he says is rarely removed. When the floodgates open, he says, some of it makes its way into the bay.

Randy Smith, a spokesman for the South Florida Water Management District, which oversees the canals, tells New Times a "routine maintenance program" has been in place for years to deal with the issue. He says very little trash gets through the booms.

But Doebler points to a photo he took showing garbage that clearly made it past a boom and collected in front of a dam.

"That trash doesn't go backwards," he says. "Once those gates open, that trash flows out with the water." Dave Doebler
From there, he says, it's swept out into Biscayne Bay. And the trash on the surface is in addition to any that's underwater and unseen.

Garbage in the ocean has long been a concern. It threatens wildlife by ending up in the stomachs of birds, turtles, and fish that mistake it for food. One study, by the nonprofit World Economic Foundation, shows there will be more plastic than fish in the ocean by 2050.

Doebler, whose group has picked up nearly 117,000 pounds of debris, has seen the problem firsthand. For several years, he's spent weekends pulling Styrofoam, plastic water bottles, and other debris from South Florida's waterways.

He says refuse in the bay ends up in places such as E. Albert Pallot Park, where piles of it recently sat along the shore. Ironically, the trash-strewn park beside the Julia Tuttle Causeway was named for an environmentalist.

"It was like, Oh my gosh, this looks like a Third-World country," Doebler says. "But it was right here in the waters of multimillion-dollar properties." 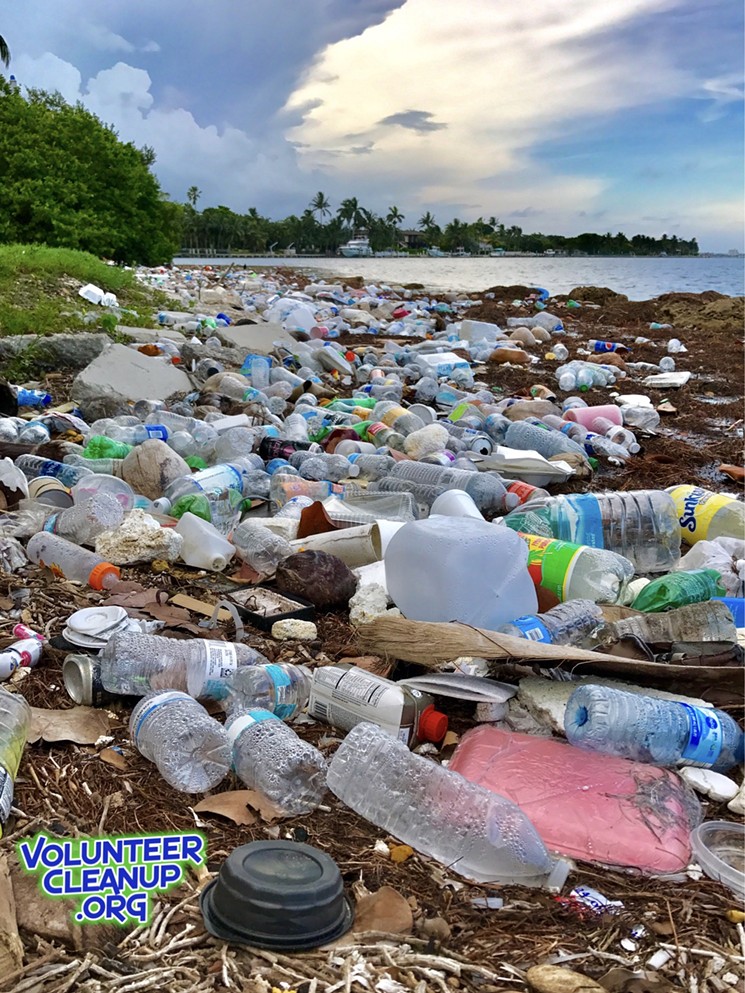 Trash in E. Albert Pallot Park.
Dave Doebler
Doebler says the South Florida Water Management District's maintenance program isn't cutting it. He says he's met with officials to discuss the problem but has gotten nowhere. He has ideas for dealing with the trash, including devising a better system for capturing it, picking it up more frequently, and even installing a "water wheel" similar to one used in Baltimore.

"They are a choke point where everything comes through," he says, "and they have the opportunity to capture it like nobody else can."