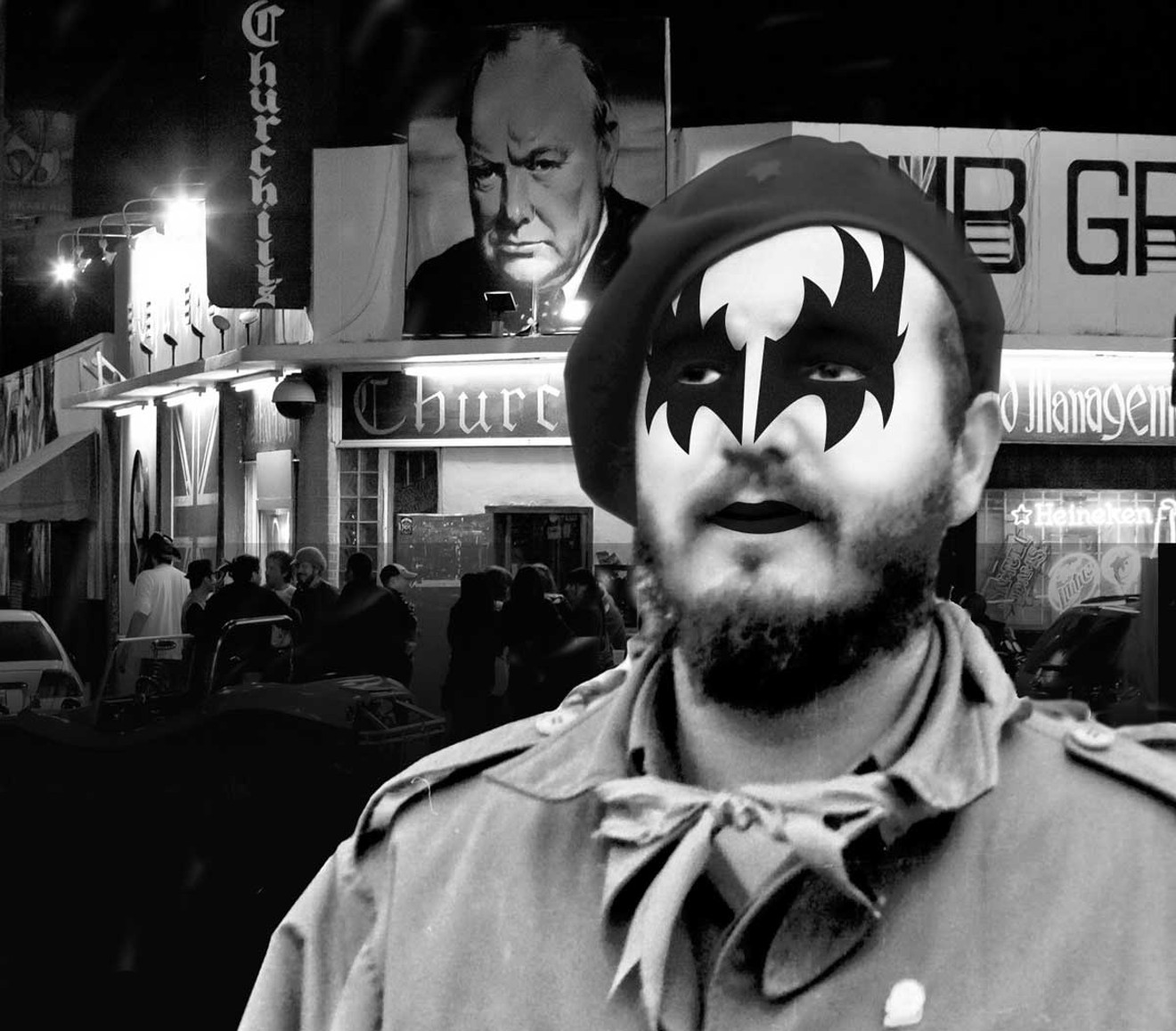 Nowhere outside of Cuba did the November 25 death of Fidel Castro have a bigger impact than in South Florida. Many Miamians will always remember where they were when they heard of Castro's death, just as they recall their whereabouts during the 9/11 terror attacks, the JFK assassination, or the OJ Simpson car chase.

"I was in Orlando when I heard Castro died," Ruben de la Rosa, guitarist of Hialeah metal band Nekromaniak, tells New Times. "When I drove back to Miami and saw all of SW Eighth Street closed, that was what really confirmed it."

De la Rosa, like many South Floridians, was a generation or two removed from being personally affected by Castro. "My grandfather had his plantation taken away. I always heard stories about people disappearing, the execution squads."

Though his band consists of three Cuban-Americans, it was the one member with the most tenuous connection to Cuba who came up with the idea to commemorate Castro's death with a show. "Our singer Paul [Balthaser], we call him the last American in Hialeah. He said, 'You guys are always talking about Castro being bad news.' He said we should do a death-of-Castro festival in the middle of Hialeah. We talked about it, but it didn't seem logical to do it in Hialeah with all the bands who wanted to be a part of it."

"This gig is a thank-you to all the people... to let them know their struggle wasn't in vain."

With the help of Alex Marquez, who drums with the band Thrash or Die, they decided to throw the Death of Castro Fest this Friday at the more central location of Churchill's Pub. The lineup is packed with metal bands, but don't expect the show to be heavy and morbid.

"We don't wish death on anyone," de la Rosa insists, "but Fidel Castro brought a lot of death and poverty. This gig is a thank-you to all the people who struggled because of Castro, to let them know their struggle wasn't in vain coming over here from Cuba. It's a celebration for all the stories we grew up hearing from our parents and grandparents about executions and coming here on rafts for freedom."

Though the main attraction will be the heavy metal, the organizers wanted to make sure this was also a fiesta involving Cuban culture, de la Rosa says. "We're going to have pastelitos, domino tables, and a piñata shaped like Castro's head. A lot of people have called dibs on beating the hell out of the Castro piñata," he points out.

"We invited a lot of older folks who might not be into the music but went through a lot of stuff to come [to the States]. We want to bring some happiness back to Miami. Even though his brother is still in power, we're hopeful Castro's death is a sign of a democratic wave in their future since Castro's way hasn't worked for the last 50 years."

One of the bands de la Rosa wanted to make sure was on the bill was Escape, a metalcore group that got its name through personal experience. The band was formed in 2000 in Havana, where with limited resources the group was able to record five albums and even produce award-winning music videos. Escape was able to re-form in Miami because many of its members were able to defect.

De la Rosa isn't sure how political the night will get, though he is hopeful a song he co-wrote with Thrash or Die will make the cut. Its title: "Death of the Tyrant."

"I wrote it two years ago as a song about the hardships Castro caused to the Cuban people. We should play it since the song title became a reality," he says.

But the purpose of the night isn't to discuss politics. It's to provide closure and a way to blow off steam that's been building for more than 50 years in an exile community.

"We want to encourage older folks to come. I know all the bands playing are heavy, but once people learn what the festival is about, hopefully they'll put up with some noise for a few hours."