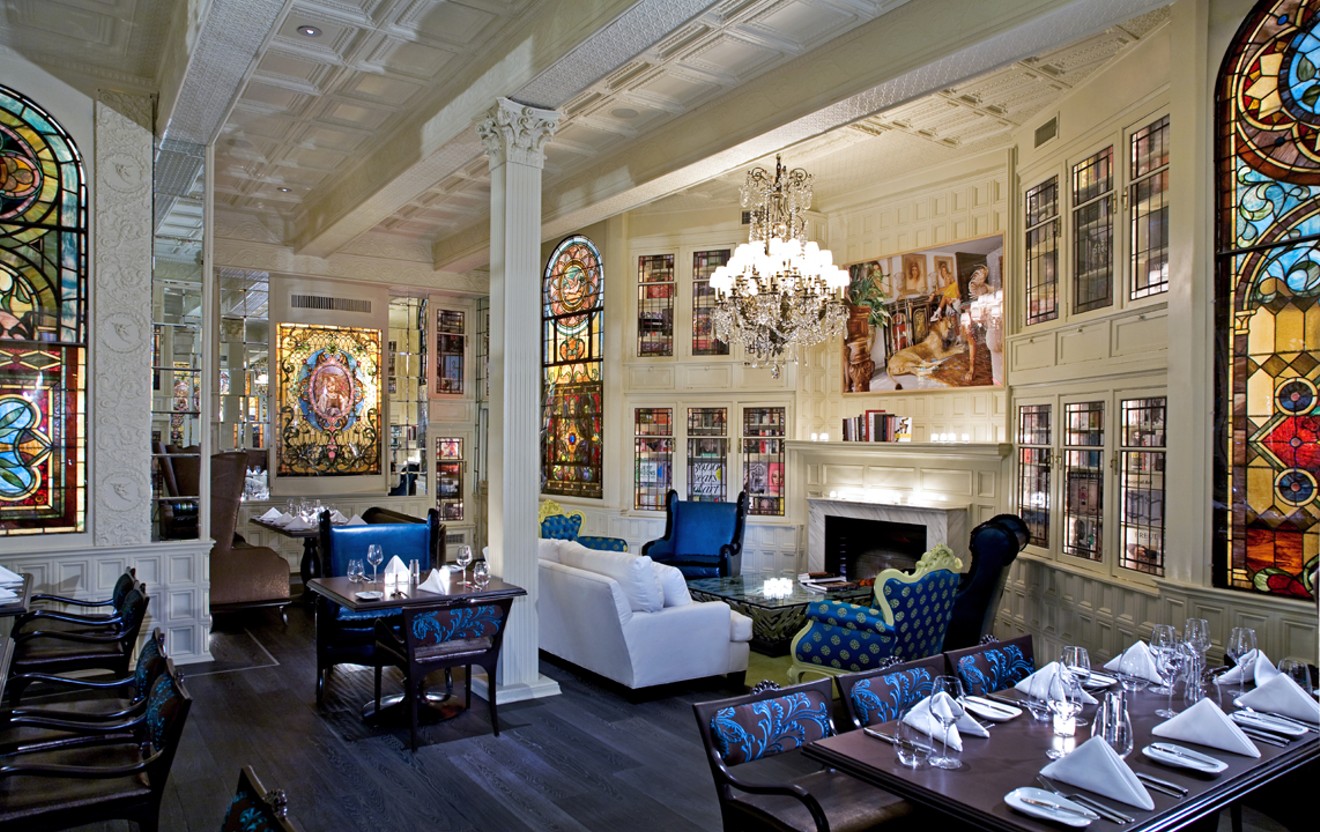 Courtesy of The Forge

What makes a restaurant old-school? Is it the amount of time it's been in operation or the fact that the menu is timeless? For some people, it's the smell upon walking in, the feel of the chairs, or handwritten checks. For others, the food has to feel nostalgic.

Here are the ten finest examples of establishments that have stood the test of time. These Miami institutions have one thing in common regardless of criteria: They're the kind of place where you ate as a child and will likely take your grandchildren someday. 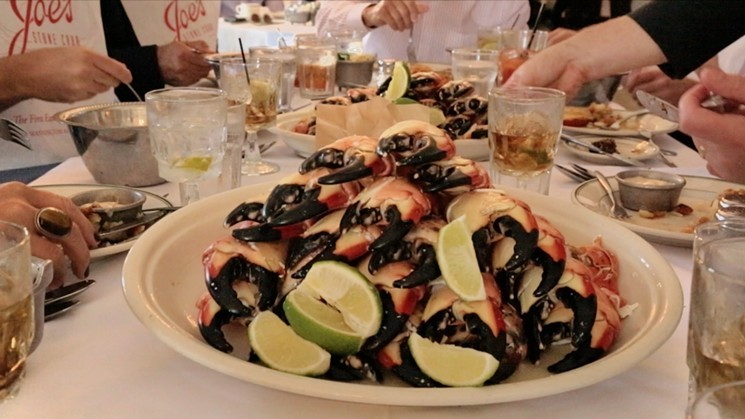 Curtesy of Joe's Stone Crab
1. Joe’s Stone Crab. Now in its 104th season, Joe’s continues to be one of the hardest tables to get in town and still refuses to take reservations. Barack Obama allegedly had stone crab delivered right before his presidential debate in 2012, and many other notables have rocked bibs and cracked claws at Joe’s, including Madonna, Muhammad Ali, and Jennifer Lopez. But claws aren’t the only time-honored delicacy on the menu; the fried chicken and key lime pie are as much of a Miami legacy as Joe’s itself. 11 Washington Ave., Miami Beach; 305-673-0365; joesstonecrab.com. Tuesday through Thursday 11:30 a.m. to 2:30 p.m. and 5 to 10 p.m., Friday and Saturday 11:30 a.m. to 2:30 p.m. and 5 to 11 p.m., Sunday and Monday 5 to 10 p.m. 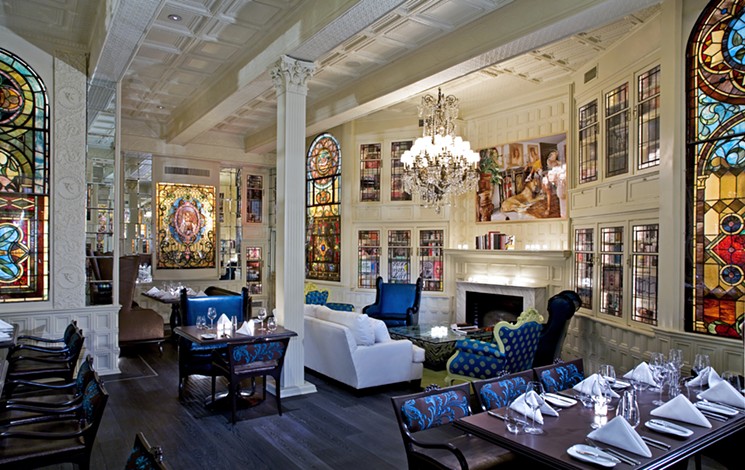 Courtesy of The Forge
2. The Forge. Named for its original incarnation as an actual forge circa the Roaring '20s, the Forge was turned into a restaurant and casino in the '30s and saw stars such as Frank Sinatra, Judy Garland, and Jackie Gleason pass through its doors for gambling and a good time. Though plenty of chefs have come and gone (including Dewey LoSasso and Christopher Lee), today the extensive wine cellar continues to be a draw for big names such as Beyoncé, Justin Timberlake, and Kim Kardashian, as well as locals who want to bite into a piece of Miami history. 432 Arthur Godfrey Rd., Miami Beach; 305-538-8533; theforge.com. Sunday through Thursday from 6 to 11 p.m.; Friday and Saturday from 6 p.m. to midnight. 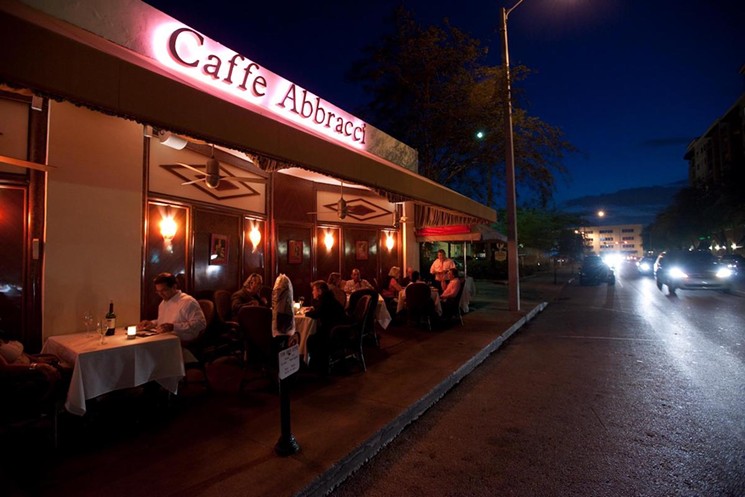 Courtesy of Caffe Abracci
3. Caffe Abbracci. From politicians to athletes to actors such as Sean Connery and Paul Newman, there’s no shortage of recognizable names and faces at Caffe Abbracci. But besides its celebrity sightings, the allure here is how the restaurant makes patrons feel, as if they've stepped into a Martin Scorsese film. Enjoy all the usual Italian suspects: vitello tonnato, penne puttanesca, veal scaloppine, and longtime favorite cannelloni di Mauro. 318 Aragon Ave., Coral Gables, 305-441-0700; caffeabbracci.com. Monday through Thursday 11:30 a.m. to 3:30 p.m. and 6 to 10 p.m., Friday and Saturday 6 p.m. to midnight, Sunday 6 to 11 p.m. Courtesy of Pascal's
4. Pascal’s on Ponce. For good authentic French fare, Miamians seek out Pascal’s, which was named among the best new restaurants in America by Esquire the year it opened (2000). Seventeen years later, Pascal Oudin still runs one of Miami’s better restaurants and one of the few that offer a tasting menu. 2611 Ponce de Leon Blvd., Coral Gables, 305-444-2024; pascalmiami.com. Monday through Friday 11:30 a.m. to 2:30 p.m. and 6 to 10 p.m., Friday and Saturday 6 to 11 p.m. Closed Sunday. 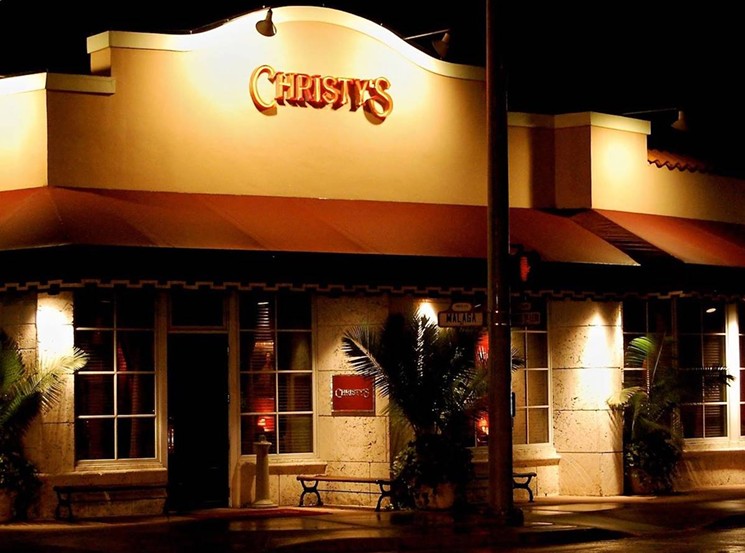 Courtesy Christy's
5. Christy’s. At Christy's, the clientele is dressed for a white-tablecloth affair, adding to the Mad Men vibe. Start your evening with a dirty martini at the bar. Then feel free to trust your server to choose your dinner for you — most of the waitstaff has been here since the restaurant’s inception in 1986. Of course you can’t go wrong with shrimp cocktail, oysters Rockefeller, and prime rib roasted for two hours and served with horseradish sauce and Christy’s signature caesar salad. Just when you thought it couldn’t get any more old-school, baked Alaska arrives for dessert. 3101 Ponce de Leon Blvd., Coral Gables; 305-446-1400; christysrestaurant.com. Monday through Thursday 5 to 10 p.m., Friday 11:30 a.m. to 10:30 p.m., Saturday 5 to 10:30 p.m. Closed Sunday.

Carla Torres found her inner gourmand voice while writing for Miami New Times in 2012. She has also worked with Travel & Leisure and Ocean Drive. She balances passions for wine, sweets, yoga, and kayaking.
Follow:
Twitter: @ohcarlucha