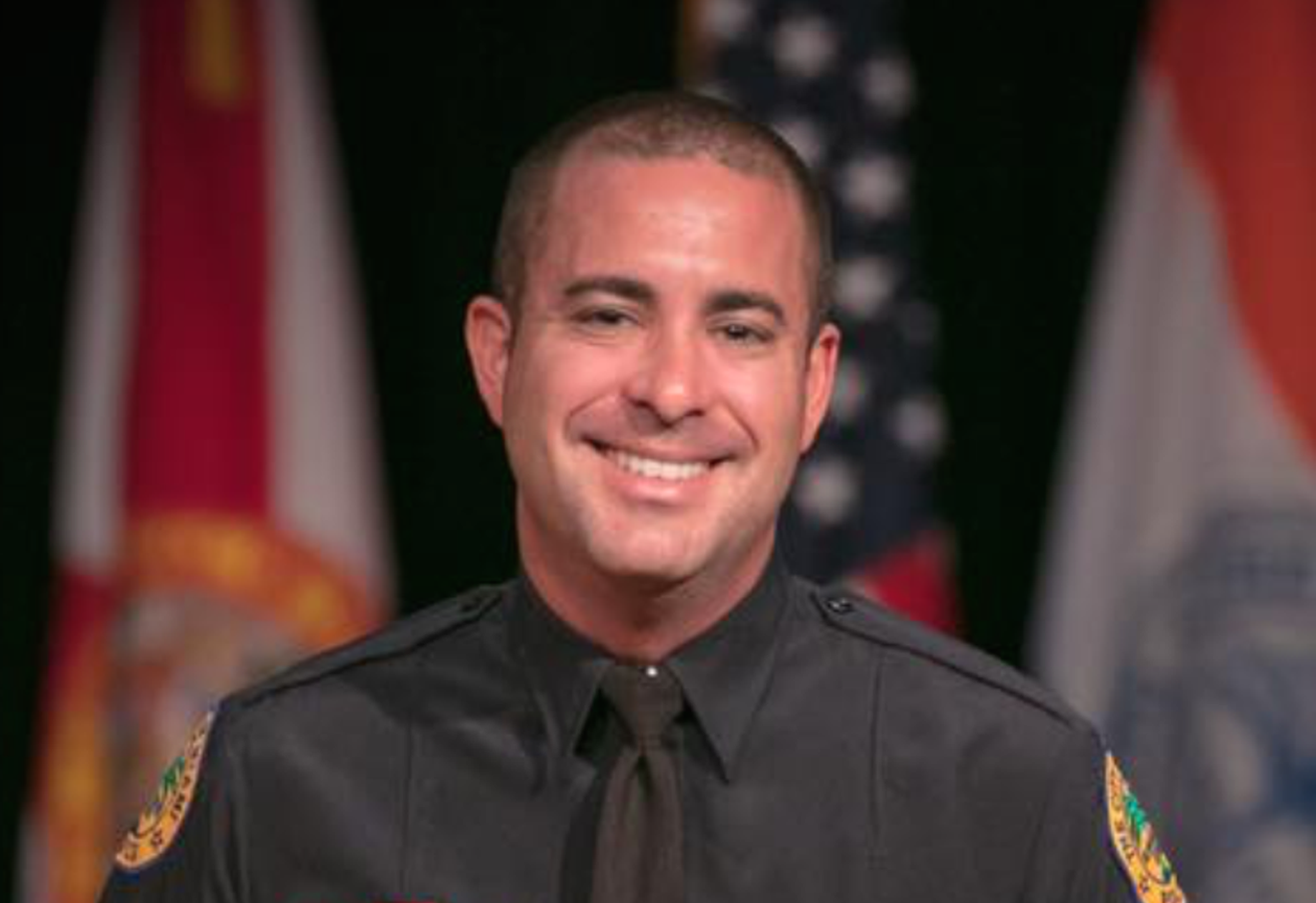 Former Miami Police Capt. Javier Ortiz refuses to go away. Photo by Miami Police Department
Recently fired Miami Police Captain Javier Ortiz, the white Hispanic officer who once claimed he was a Black man, has announced he is running to become president of Miami's Fraternal Order of Police to curb what he calls discriminatory treatment of Black officers.

Ortiz is making the comeback attempt after he was fired from the department in September for allegedly having subordinate sergeants sign off on his overtime.

"One of the main issues that I see that is right now plaguing our police department is the disparate treatment of Black officers and staff members. It's no secret we have staff members being written up because their nails are too long [and] allegations they've been told they gotta have their hair in a certain way," Ortiz says.

Ortiz claims in the video he was nominated for five positions at the last Fraternal Order of Police (FOP) Lodge 20 meeting.

"FOP has been compromised," Ortiz asserts. "There's no unity and that is really something that has drawn me to run."

Ortiz's concerns over racial equality might come as a surprise to those who followed his 2020 suspension. He spent most of that year off-duty pending a Florida Department of Law Enforcement (FDLE) investigation into then-current and former sergeants’ allegations that he had "engaged in a pattern of abuse and bias against minorities."

In January 2020, he spawned national headlines over his claims that he is "a Black man" under the "one drop rule," an antiquated racial classification system.

Ortiz served as the Miami Fraternal Order of Police's president from 2011 until his resignation from the position in late 2017. In 2020, while on suspension pending the FDLE investigation, Ortiz ran to reclaim the position at the helm of the union, but lost to current union president Sergeant Tommy Reyes.

Reyes confirmed with New Times that because Ortiz is appealing his firing, the former police captain is still a member of Lodge 20 and is therefore eligible to run for union president.

In his announcement video, Ortiz claims he plans to stick up for Black officers who are not getting the same legal representation as white officers. He says that as president, he will hire "the best civil rights law firm money can buy to defend minority officers." (The video does not repeat Ortiz's prior insistence that he is African American.)

Ortiz goes on to say he will also make it a priority to investigate violations of the Law Enforcement Officers' Bill of Rights.

He sued the Miami Police Department in August, alleging the department violated his rights because its internal investigations exceeded the maximum 180-day window. At that time, he was under investigation in connection with the accusation that he violated department overtime policy.

"I can speak firsthand that my rights were violated and if it wasn't for the South Florida Police Benevolent Association representing me, I don't know what I was going to do," Ortiz adds.

Since joining the Miami Police Department in 2004, Ortiz accumulated more than 50 citizen complaints, 20 use-of-force incidents, and three suspensions without pay. He was engulfed in countless controversies, ranging from his doxxing of private citizens, to comments justifying police shootings, to complaints that he used excessive force against civilians.

In January 2021, the city approved a $100,000 settlement with a woman who claimed Ortiz knocked her to the ground and broke her wrist at Miami Art Week in 2019.

In the recent video, Ortiz appears confident he will be reinstated.

"I know I am going to get my job back," Ortiz says. "I haven't done anything wrong."

He argues that he is fighting "for the process, not the person."

"I fight for what's right. It's never easy to do the right thing," Ortiz adds. "I'm asking for you to give me a chance to fix things. I'm here to listen."
KEEP MIAMI NEW TIMES FREE... Since we started Miami New Times, it has been defined as the free, independent voice of Miami, and we'd like to keep it that way. With local media under siege, it's more important than ever for us to rally support behind funding our local journalism. You can help by participating in our "I Support" program, allowing us to keep offering readers access to our incisive coverage of local news, food and culture with no paywalls.
Make a one-time donation today for as little as $1.