Florida Lawmakers Push to Ban Use of Steroids in Greyhound Racing 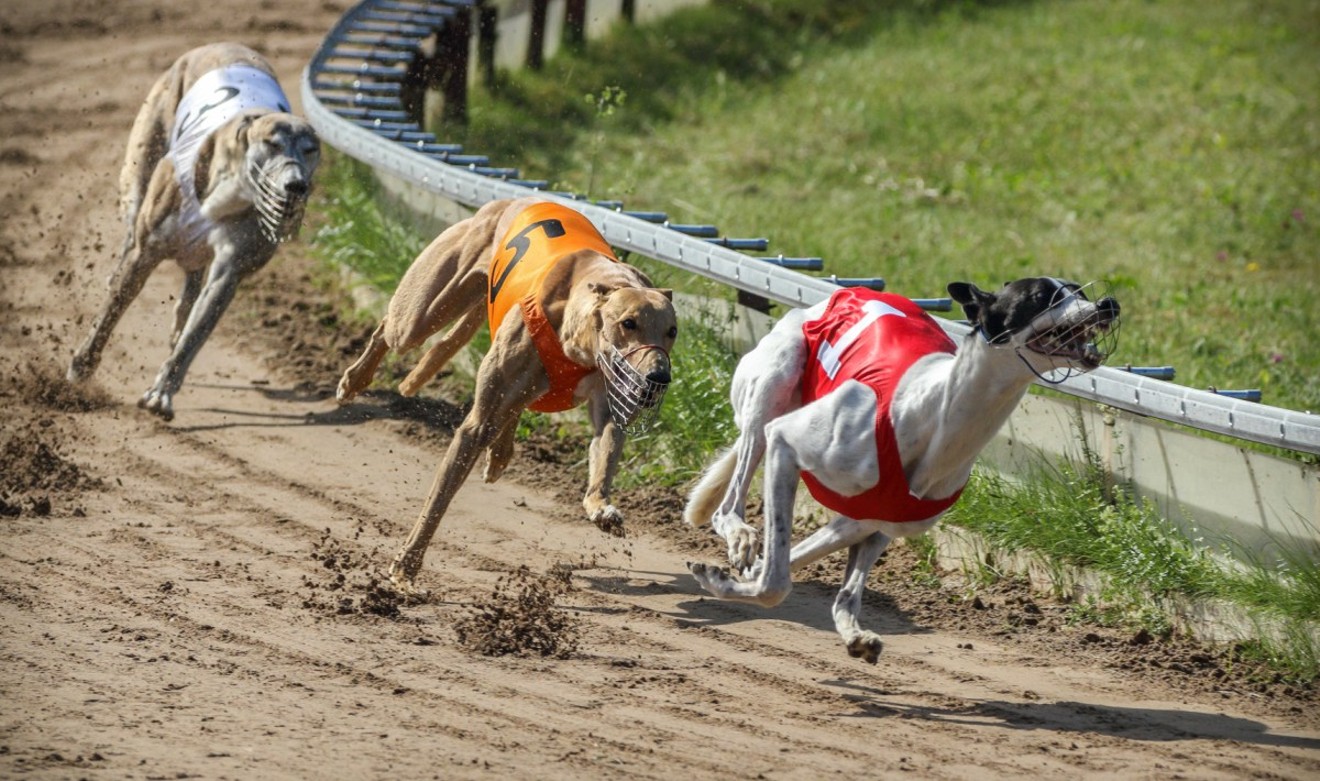 Photo by Kalle Gustafsson/Flickr Creative Commons
For years, Florida greyhound trainers have been allowed to drug female race dogs with performance-enhancing anabolic steroids. Though the trainers claim the drugs are little more than "birth control,” state lawmakers are now pushing to ban the practice.

Because of an obscure state regulation adopted in 1996, greyhound trainers have been allowed to administer testosterone to female greyhounds. However, studies have shown these hormone-derived drugs not only enhance race performance but also can cause adverse health side effects in the dogs. To address animal welfare concerns, state Sen. Dana Young and Rep. Carlos Guillermo-Smith last week filed two pieces of legislation banning the use of anabolic steroids in greyhound racing.

"If these animals are bred and forced to race against their will, then they should at least be treated humanely," Young says. "I strongly believe that the use of anabolic steroids is not humane treatment."

Florida is one of only six states left that still allow greyhound racing. Of the 19 operational tracks left nationwide, Florida is home to 12. On these tracks, racing greyhounds regularly endure horrific injuries including broken legs, cardiac arrest, paralysis, and broken necks, according to the ASPCA. When they’re not racing, they’re often crammed into kennels for 20 or more hours a day or kept outdoors without heating or air-conditioning. In the past four years alone, at least 383 greyhounds have died at racetracks in Florida.

Though most states have turned their backs on the sport, Florida has gone as far as legalizing the use of drugs in race dogs. In 1996, the Department of Business and Professional Regulation ruled that trainers and kennel owners could administer androgens, or male sex hormones, including testosterone and methytestosterone, to female racing greyhounds when used for the control of estrus. Estrus is the period during which a dog is “in heat” and can become pregnant.

As for administration of the substances, there is no restriction on the amount that may be given or how often it may be given. Under the ruling, greyhound trainers may give the dogs anabolic steroids orally, and track veterinarians may administer the drugs via injection.

However, according to the Merck Veterinary Manual, “longterm suppression of estrus by using androgens is not advised, because it is not documented to be safe in breeding bitches,” adding that “safety and efficacy of injectable testosterone, as is practiced commonly in racing greyhounds, has not been supported by controlled studies and is not advised.”

Studies have shown that male-derived hormonal substances can have adverse side effects, including increased aggression, which can result in fighting during racing, increased weight due to water retention, loss of vigor, and "virilization," which is the development of male physical characteristics.

“The racing career of greyhounds is generally two to three years, at which point they’re either adopted out or euthanized. Not only is an aggressive dog harder to adopt, but the drugs could also cause health consequences, so that the animal develops male sexual organs on its body,” says Young, who proposed a bill that would penalize trainers who use anabolic steroids on their race dogs.

Earlier this year, state regulators found that 12 racing greyhounds in Jacksonville tested positive for cocaine. Their handler, Charles McClellan, continued to work with animals at races until June 9 but was ultimately suspended.

Though many greyhound-racing associations — including Greyhounds Austalasia, the Greyhound Board of Great Britain, and Greyhound Racing New Zealand — have shunned the use of anabolic steroids, Florida’s trainers have generally opposed every mention of a ban.

To Cory, estrus-suppressing substances are little more than “low-dose, low-grade steroids,” no different from the nasal spray he takes every morning. However, Carey Theil, executive director of Grey2K USA, says that’s not true: “It’s total nonsense. They’re just trying to confuse lawmakers and the public by calling it ‘birth control.’”

Theil adds, “Anabolic steroids are muscle-mass and performance enhancers. They’re a completely different drug than the steroid [Cory] uses or even other steroids like prednisone, which is commonly used in veterinary medicine.”

Young agrees: “It’s all about money to these trainers. They use these drugs in female greyhounds to prevent them from going into heat so that they don’t miss race days.”

Determined to fight the 1996 policy, Young and Smith last Thursday filed two pieces of legislation: SB 674 and HB 463, in which positive test results for anabolic steroids would become considered racing violations. Earlier this year, an identical bill, proposed by Smith, received overwhelming bipartisan support in the Florida House before dying in the Senate three days before the end of the 2017 legislative session. The reason, Young explains, is there was simply not enough time to introduce it on the floor.

Young says she hopes these bills will contribute to the demise of greyhound racing in the state, though she says the industry already seems to be headed in that direction. “Ultimately, the market will cause the end of greyhound racing, but until then, my goal is to make certain these animals are treated humanely.”