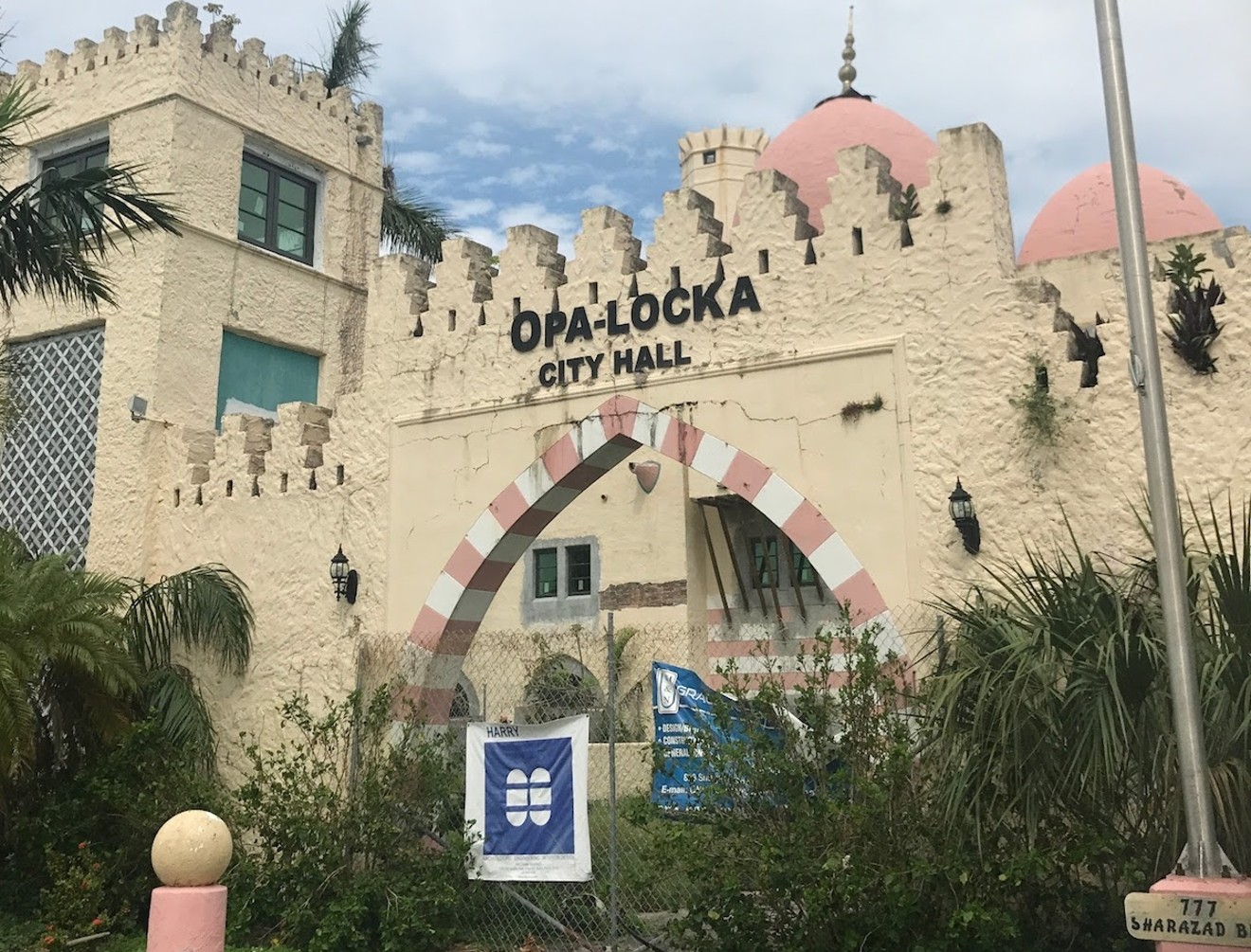 Photo by Tim Elfrink
In May 2016, Opa- Police Officer Dennis Horn was working an off-duty assignment with his pregnant girlfriend when another local cop pulled up. Horn's girlfriend hopped in the other officer's car and chatted for a bit — a simple conversation that left the "insecure" Horn so furious that he grabbed her by the arms, "jacked her up" against a car door, and called her a "bitch and a ho," the woman later told police.

Opa- PD quickly fired the 30-year-old Horn, who was arrested and charged with three felonies. But nearly two years later, the criminal case has fallen apart after Horn's girlfriend refused to cooperate and Opa- is battling in court to overturn an arbitrator's order that they not only rehire Horn but also pay him more than $76,000 in back pay.

The financially strapped city says it has already rehired the formerly disgraced cop, but shouldn't have to shell out tens of thousands for lost overtime and off-duty pay — especially since the city's budget is still under state oversight.

Neither Opa- attorney nor Horn's union, the Police Benevolent Association, returned messages to comment on the lawsuit.

Horn's arrest on May 14, 2016, made local headlines at a time when Opa- was already drowning in bad press. The small Dade city was embroiled in a worsening political corruption scandal that would eventually end in criminal charges for a city commissioner, the mayor's son, and other top-ranking officials. The city's budget was so upside-down that Gov. Rick Scott declared a financial emergency just three weeks later.

When prosecutors charged the cop with two felony counts of aggravated battery, plus another felony for carrying a concealed firearm without a license, he knew his law enforcement career was probably over.

But the criminal case didn't hold up due to Horn's girlfriend, who isn't identified by name in court documents obtained by New Times. Prosecutors spent months trying to subpoena the woman to appear, delaying Horn's trial three times.

And on June 6, 2017, they threw in the towel and dropped the charges because the "victim failed to appear when subpoenaed mandatory for the trial," according to a close-out memo. (Victims of domestic violence routinely refuse to testify at trial, often for fear of retaliation, though it's not clear why Horn's girlfriend backed out.)

With the charges dropped, the police union demanded that Opa- rehire the cop and pay him lost wages. Opa- says it didn't fight those demands at a June arbitration hearing, and last September the city brought Horn back onto the force and agreed to pay him $45,000, according to court filings.

But Horn and the union took the city to a second arbitration in October, where an arbitrator also ordered the city to pony up for overtime and off-duty work that Horn couldn't perform while he was fired. The total bill: $76,525.08.

Opa- says that's too much. The city sued the union in Miami-Dade civil court on March 19, arguing that the arbitrator had erred by assuming Horn would be able to work the maximum overtime possible during the time he was off the force.

The union has yet to respond in court. Horn, in the meantime, is back and working as a cop in Opa-.