Nikolas Cruz, Who Was Too Disturbed to Carry a Backpack, Legally Bought AR-15 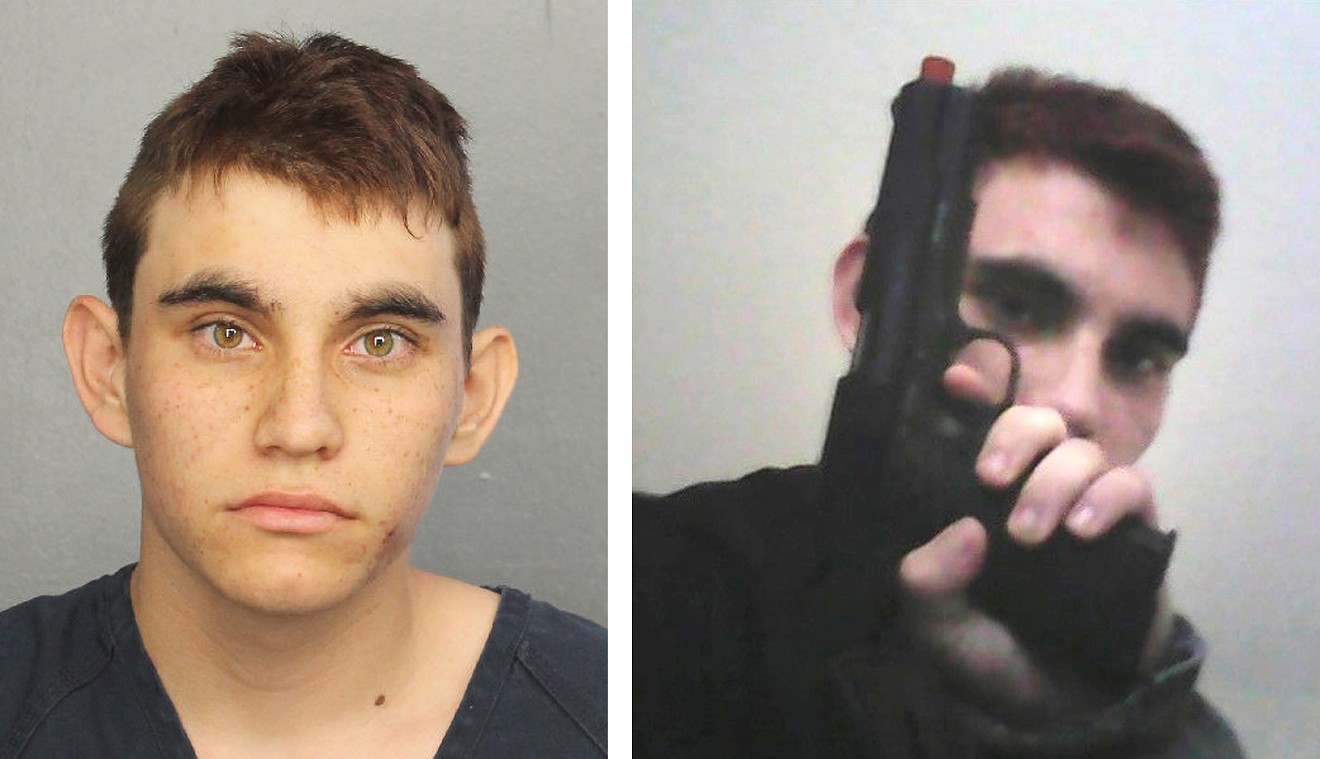 via Broward Sheriff's Office/Instagram
Everyone knew Nikolas Cruz was deeply disturbed. He'd been in and out of mental health treatment. He'd been kicked out of school. His Instagram page was full of photos of dead animals and weapons. He was so frightening to teachers that he'd been banned from even carrying a backpack into school.

So how does a guy like that get his hands on a military-style weapon capable of pumping dozens of rounds into innocent victims without even reloading? Well, this is Florida, so he just walks into a gun shop and buys one.

Jim Lewis, an attorney for Cruz's family, tells reporters this morning that the 19-year-old had legally purchased the weapon of mass destruction that killed 17 people yesterday at Marjory Stoneman Douglas High School.

“It was his gun,” family lawyer Jim Lewis said. “The family made him keep it in a locked gun cabinet in the house, but he had a key.”

Because this is America and NRA-funded stooges such as Marco Rubio and Donald Trump run the country, nothing will change after yesterday's massacre. But if we lived in a sane nation, the details emerging about Cruz would inspire a strong debate about how to tighten access to weapons for the mentally ill — not to mention a realistic move to renew the ban on assault rifles like the AR-15 and on high-capacity magazines.

Cruz had been scaring classmates and teachers for years.

"The kid that shot used to break the toilets and bathrooms and was crazy," writes one Reddit user who says Cruz was a classmate. "I remember two years ago he broke a rooms glass."

Cruz — who was adopted by a New York couple that later moved to Broward — was a member of the U.S. Army Junior Reserve Officers' Training Corps (JROTC) at Stoneman Douglas High, where he freaked out his classmates by shooting rats. He “was into some weird stuff,” classmate Joshua Charo told the Miami Herald.

It's not clear exactly why Cruz was booted from school, but classmates say it was for fighting and bringing bullets and knives onto campus. A teacher said the faculty had been warned not to let him carry a backpack.

And a quick search through his since-deleted Instagram accounts shows they were right to worry. Cruz posed with animals he had killed. 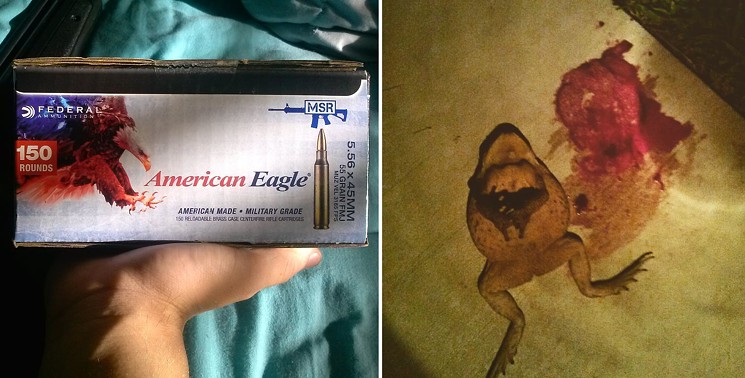 via Instagram
He also posted numerous photos of himself wearing face masks as well as piles of weapons: 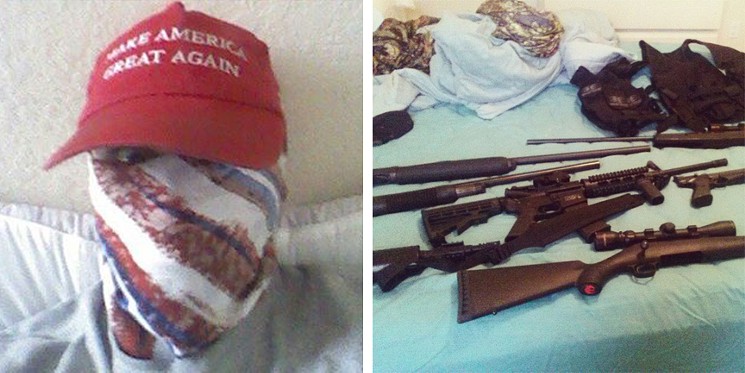 via Instagram
Again, this was not a teenager secretly stewing and tricking everyone into thinking he was not a violent threat. Cruz made it abundantly clear that he wanted to harm people and that he was obsessed with getting the weapons to do so.

Yet nothing in Florida's gun laws — which have been loosened by decades of NRA-funded Republican control to the point they barely exist — would prevent him from buying not only guns but also the deadliest military-style weapons available on the market.

Gov. Rick Scott's avowed position on preventing mass shootings is to pray about them. Sen. Marco Rubio is a gun-lobby gremlin. Attorney General Pam Bondi will promise to pay for funerals but not to stop killings. And President Donald Trump revoked an executive order mandating tighter background checks for the mentally ill before they can buy weapons.

So Nikolas Cruz, who was not allowed to carry a backpack to class, could legally walk into any gun shop in Florida and walk out with the firepower to do what everyone at Marjory Stoneman Douglas High had feared for years he might do.