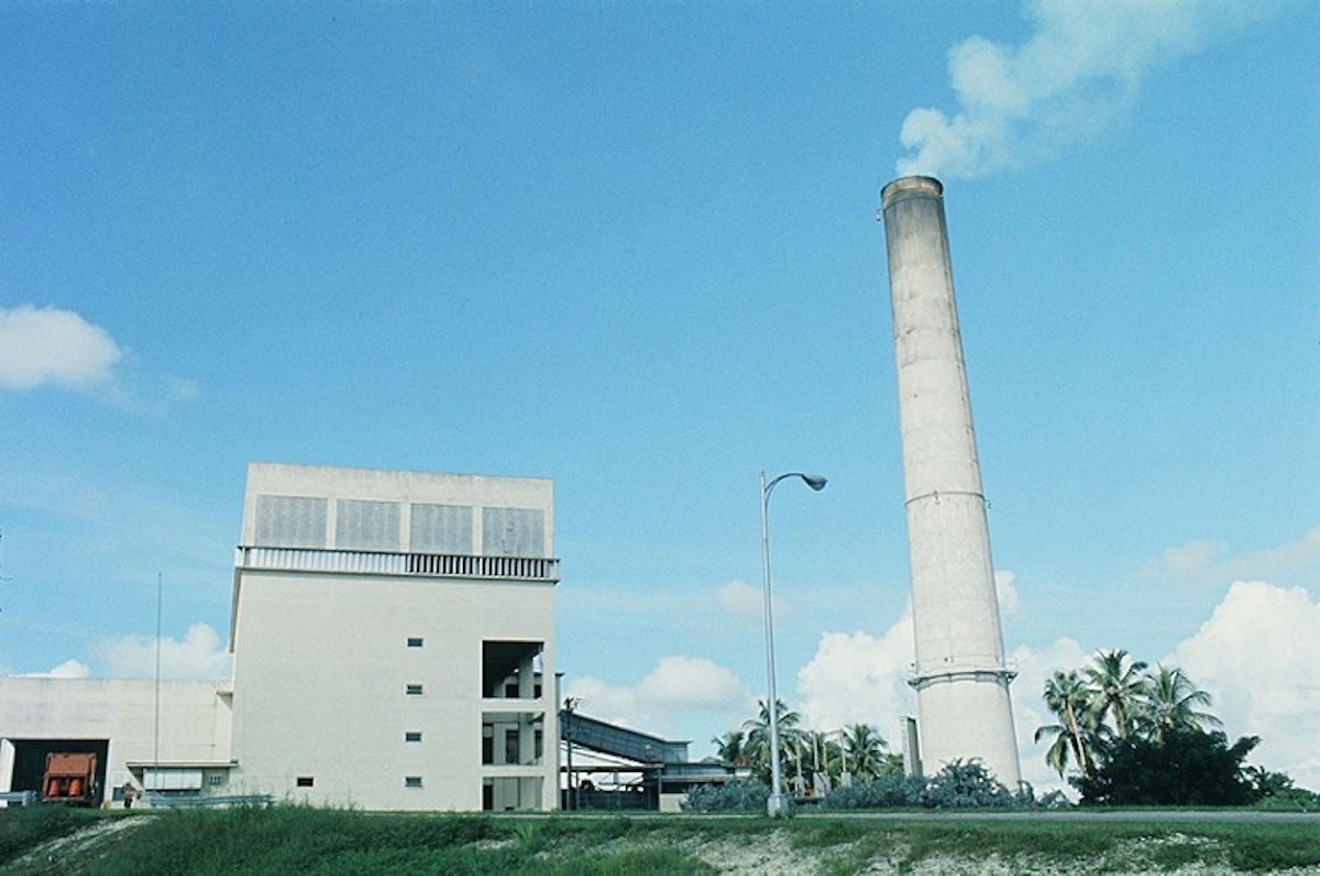 The Old Smokey incinerator left a legacy of toxic ash in Coconut Grove. The Miami Herald/John Rogers Partners
In September 2016, Ari Sweetbaum told the Miami City Commission a devastating story. His parents had bought a house in Coconut Grove in 1980 next to Blanche Park. His mom toiled every day in their yard, building a thriving tropical garden behind the home where Ari grew up.

It was decades before the family learned the awful truth: Their yard — like much of the area — was packed full of toxic chemicals spewed for decades by a nearby incinerator nicknamed "Old Smokey," which was finally closed in 1970. Sweetbaum's family paid a heavy price for that contamination.

"My mom spent hours upon hours and days upon days in that soil. In 2009, my mom passed away from multiple myeloma, which has a causal link to dioxin," Sweetbaum told the commissioners. "We're not scientists... We don't know that the soil was the cause, but we — it's certainly something we have to think about and face that possibility."

Now, Ari's father, Donald, is suing the city. He alleges that officials knowingly allowed dangerous waste to contaminate residents' yards and parks and did nothing to clean up the mess for decades.

"For many years, the City of Miami knowingly and recklessly placed incinerator bottom ash and other waste materials laden with heavy metals, including arsenic, dioxins, and other contaminants on the Plaintiff’s property," Sweetbaum's lawsuit argues.

His case is just the latest in federal court alleging the city knowingly poisoned residents — and did nothing to warn them or help them after learning about the dangers of Old Smokey's contamination. This past October, ten other nearby residents filed a class-action lawsuit making the same allegations against the city.

Old Smokey was built in 1925 by Miami's then-Deep South, racist city government, which saw no problem erecting the smoke-belching monster in the middle of the segregated, black section of Coconut Grove. For decades, nearby residents warned children not to breathe too much smoky air or eat fruit from trees in the area. Ash from the plant seeped deep into the soil throughout the neighborhood. The plant was shut down in 1970 only after the City of Coral Gables sued when its residents were forced by desegregation to send their children to a school near the incinerator.

Not until 2013, when New Times and the Miami Herald uncovered documents showing the city had known about the soil's dangerous pollution, did the city admit there was a problem. The next year, New Times tracked down residents who'd developed cancer, breathing problems, and other ailments.

Sweetbaum's mother died four years before the city began widespread cleanup in Blanche Park, but the family says no such remediation was offered for their family home.

"We're here because our property, an asset my parents held onto, is now worth zero, and they cannot pass anything on to their children," Ari Sweetbaum told the commission last fall. "The remediation cost is several hundred thousand dollars... and our house is completely upside-down."

The family's lawsuit, filed this past November 3 in Miami's federal courthouse, seeks damages for the pollution, noting the city "never disclosed the ash." Even worse, Sweetbaum says, the city tested his family's yard in 2013 but refused to release results for dioxin and arsenic levels; two years later, they finally obtained the results through a Freedom of Information Act request and learned that both dangerous toxins were above safety standards in their yard.

"Despite being aware of the great risk posed by these hazardous wastes, the City has done nothing over many decades to reduce or eliminate the contamination," the suit argues.

The lawsuit demands the city properly remove the contaminants from the yard and pay damages to the Sweetbaum family.