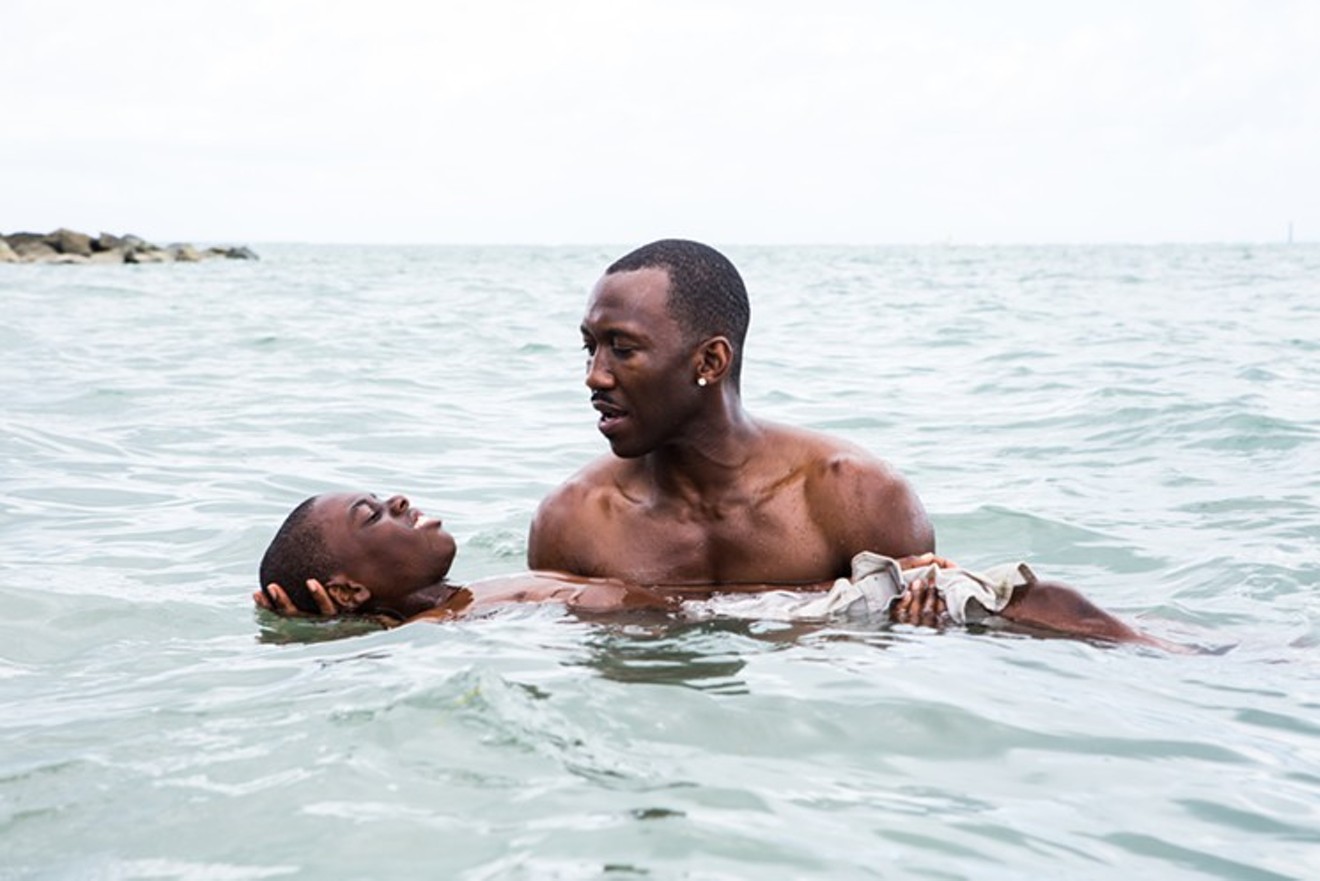 Courtesy of A24
When Moonlight won Best Adapted Screenplay at this year's Oscars, Miami playwright Tarell Alvin McCraney gave a shout-out to his hometown, waxing eloquently that "we can really be here and be somebody, two boys from Liberty City up here onstage representing the 305." By the end of the night, when the film won Best Picture after an insane with the winners' cards, the audience watching back home went nuts.

The sheer number of local stories praising the film shows the clear pride Miamians take in Moonlight. So it seems fitting that this morning, Miami-Dade commissioners will immortalize the movie's significance by naming a Liberty City street "Moonlight Way."

"This movie — at least what I got from it — really depicts the life of how a lot of us were raised and what we had to go through and endure as children in the inner city," says Commissioner Audrey Edmonson, who is sponsoring the item. "This goes out to children still living here in the inner city that told they'll never amount to anything. It shows that it doesn't matter how you were raised or where you grew up; you can still turn out to be someone."

Despite Chiron's hardscrabble upbringing in Pork 'n' Beans, director Barry Jenkins says he wanted to show the unquestionable beauty that surrounded the character — and that both Jenkins and McCraney saw while growing up in the housing project.

"I was asked once: 'Were you ever afraid you were making a movie that was too beautiful because the subject matter was too heavy?' And I was like, 'Miami is a beautiful place. I remember green grass and bright lights, and to have tried to remove those things in service of a dark story would have been immoral,'" Jenkins says.

Beyond bringing the outskirts of Miami into national view, Edmonson says, Moonlight can help bridge the empathy gap between residents of affluent suburbs and the people who live in Liberty City.

"To everyone, I'd say it's still not too late to watch it. It will bring awareness to those not brought up that way," she says. "It definitely shows what goes on in the city."

The designation of Moonlight Way comes just before its creators return to Miami. Jenkins and McCraney will be in town this weekend to attend a celebration of the Academy Award-winning film at the African Heritage Cultural Arts Center. The event, free and open to the public, is scheduled to begin at noon.