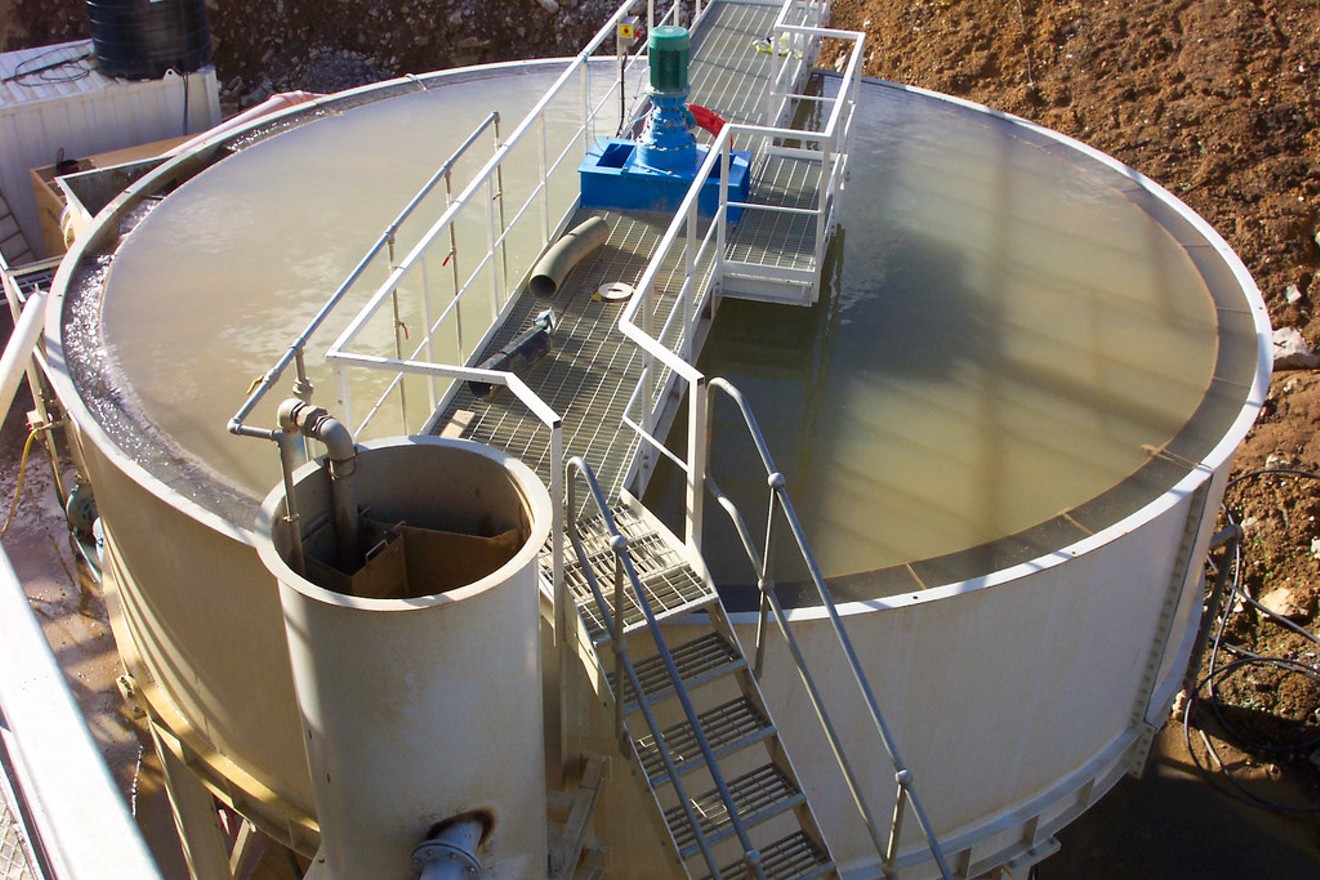 Miamians get nearly all of their drinking water from the Biscayne Aquifer, a clean source of natural H2O that stretches underground from the southern tip of the state north to Palm Beach County. This being Florida, developers, utility companies, and scammers of all stripes are constantly devising new and ingenious ways to contaminate the aquifer. The water system already faces serious threats from sea-level rise and saltwater leaking from Florida Power & Light's Turkey Point Nuclear Generating Station.

Now the state Legislature has decided to allow companies to dump "treated" sewage into drinking-water sources.

Environmentalists are demanding that Gov. Rick Scott veto the bill, HB 1149. They say dumping a bunch of human-created chemicals into the water supply could permanently screw up an irreplaceable natural resource. The Senate voted to pass the bill late Friday after it cleared the House earlier last week.

Linda Young, the director of the Clean Water Network of Florida, says the bill is essentially a gift to property developers, who can continue to overbuild homes that suck aquifers dry.

"The development community does not want to talk about limiting growth or development," she tells New Times. "We're growing at 1,000 people per day again, and our tourism is growing all the time. But not enough water or enough places to responsibly dispose of our sewage effluent. So this is something they’ve wanted to do for a long time. This is their answer for not having enough water for all the people moving here."

At issue is the wastewater-treatment process itself. As the Tampa Bay Times noted last week, any water injected into a state aquifer would need to meet federal drinking-water standards. But environmentalists warn that these standards don't go nearly far enough: The water would, for example, still be full of pharmaceutical runoff and traces of drugs left over from human waste, including antidepressants and Viagra.

"The bill simply calls for the water to go through 'advanced wastewater treatment,'" Young says. "That's the only caveat for it. But if you look around the state, where advanced wastewater facilities are discharging, you find dead zones. It’s not that 'advanced.'" She notes this kind of method can still leave carcinogens and heavy metals in the "treated" water.

Naturally, the people pushing the bills don't agree. State Sen. Keith Perry, otherwise known for trying to abolish the U.S. Supreme Court and the entire federal judiciary system last year because he thought judges have become too liberal, has astoundingly claimed the sewage-dumping process would make the aquifer cleaner. In a January committee meeting, Perry, who owns a roofing business, actually said injecting effluent into local water sources would "improve water quality in the aquifer."

Perry's version of the bill didn't pass the state Senate, but senators later endorsed the House version, from Palatka Rep. Bobby Payne, a Republican who works for a nonprofit utility company and said he would feel safe drinking the reclaimed water.

As written, the bill proposes the idea as a way to replenish aquifers that might have otherwise become polluted or threatened by saltwater intrusion. But environmentalists argue that using semipolluted water is a really absurd way to fix the problem. Under the proposed law, utilities or other groups that withdraw large quantities of water from local underground stores could petition nearby water-management districts to let them pump reclaimed sewage back underground. The bill reads:

Examples of reclaimed  water use that may create an impact offset include, but are not limited to, the use of reclaimed water to:
a. Prevent or stop further saltwater intrusion;
b. Raise aquifer levels;
c. Improve the water quality of an aquifer; or
d. Augment surface water to increase the quantity of water available for water supply.


Oddly, the Sierra Club, which initially voiced stern opposition to the bill, briefly seemed to switch sides and support amending the bill so that it also banned fracking statewide. The organization then rescinded that support after state Sen. Gary Farmer backed off plans to add an anti-fracking amendment. Other environmental groups, such as the Clean Water Network of Florida, blasted the Sierra Club for "selling out" Florida's aquifers to get a fracking ban passed in order to score PR points.

But Farmer, who had proposed the fracking ban, has since withdrawn that amendment, and, thus, the Sierra Club has now come out staunchly against the entire plan.


Sending HB 1149-Environmental Regulation to @FLGovScott! Thank you Sen. @KeithPerryFL. You are a tremendous person to work with and I am proud to have helped carry this bill across the finish line with you. #FlaPol #Sayfie

"The standards of treatment for reclaimed water are inadequate to allow it to be pumped into the aquifer we all depend on," the Sierra Club wrote in a letter to its members Friday. "Any contamination will be impossible to clean up — just consider how long it takes to clean up plumes resulting from dry cleaning fluid and leaking gasoline tanks. And the aquifer recharge proposal contemplates pumping millions of gallons a day into the drinking water supply."

"It's completely boneheaded," she says. "People should be able to think this through easily. But a lot of people don't really know where their water comes from, and others simply say it won't impact them. Maybe they can afford to drink bottled water. But most people can't."

This story has been updated to better clarify the Sierra Club's position on HB 1149.