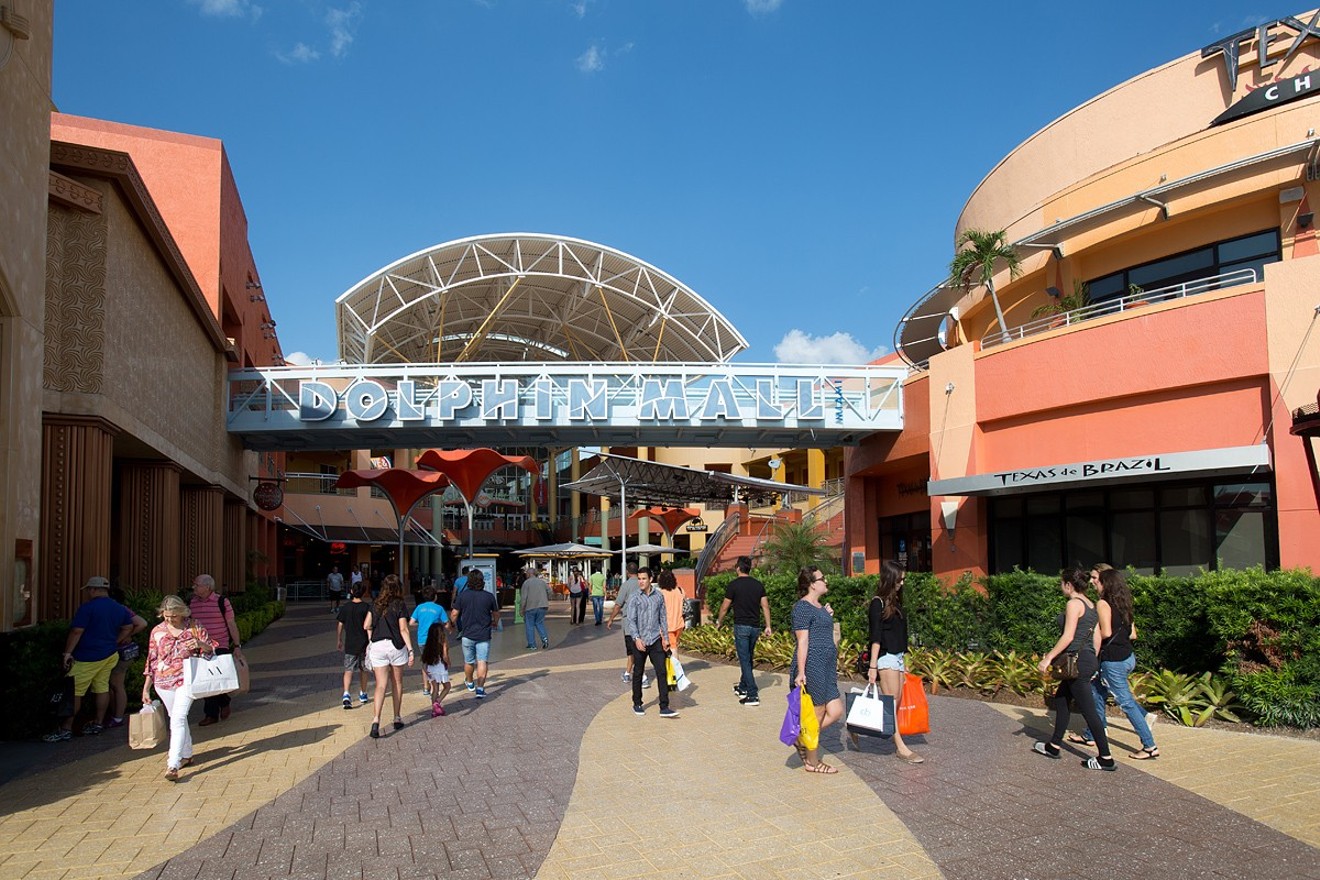 Courtesy of Taubman Centers
Two men casually wandered through Dolphin Mall earlier this month, past the teenage shoppers and kiosks hawking watches, and headed for a quiet bathroom. One man gripped an envelope stuffed with $10,000 in cash. The other waited for a handoff in a stall. And lurking in disguise nearby, federal agents watched it all go down.

One of those two men, the feds say, was none other than Luis Gustavo Moreno Rivera, Colombia's chief anti-corruption official. Moreno was taken into custody in Bogota this afternoon and charged with spearheading his own brazen corruption campaign that centered on nearly $200,000 in bribes he tried to wring out of a former Colombian politician in Miami.

Even in the long and storied history of Latin American corruption bleeding into the Magic City, the allegations in the federal case against Moreno and a lawyer who allegedly helped him set up the scheme are startling. Moreno allegedly even traveled to the States to give an anti-corruption presentation to the feds just before taking bribes in Miami.

At the center of the case is a cooperating witness who helped lead a sting against Moreno. The feds identify the man only as a former governor of the Cordoba region; the Miami Herald IDs him as Alejandro Lyons Muskus, whom the paper published an unrelated story about last week. Muskus is reportedly wanted on 20 corruption charges in Colombia — and might even be tied to a political murder — but has been staying in Miami, where his wife is being treated for a high-risk pregnancy.

Muskus apparently saw an opportunity while in the States and approached the feds. He gave them tantalizing information: Moreno — the Colombian official leading the corruption case against him — had offered to "obstruct the corruption investigation" in exchange for a hefty payout: 400 million pesos, or roughly $132,000. Moreno had used a lawyer friend, Leonardo Pinilla, as a go-between.

The feds decided to set up a sting. They wired Muskus May 26 when he met with Pinilla at Dolphin Mall. Pinilla told the former governor they could discredit witnesses and sink his case for a fee, the feds say.

Amazingly, Moreno's first chance to take corrupt payments came June 15, when he flew to Miami to "give an anti-corruption presentation to the Internal Revenue Service," according to the indictment.

That day, presumably after regaling IRS agents with tales of corruption-busting in Colombia, Moreno met Pinilla and Muskus near a La Quinta Inn in Doral and told the ex-governor that he personally controlled his corruption case, disclosed the prosecution's plan, and said he'd be willing to help Muskus' defense. He told him that any talk of payments had to go through Pinilla as a buffer.

Two days later, the trio agreed to meet at Dolphin Mall for the first handoff of $10,000, a downpayment on Moreno's full fee. As the feds watched, Muskus gave the cash to Pinilla, who went into a bathroom with Moreno for the handoff.

Instead, though, Moreno let Pinilla keep the money until they were in a car outside with Muskus. Moreno promised he could "saturate the prosecutors that work under him with a great deal of unrelated casework to distract them," the feds say, in exchange for the bribes.

Moreno later walked back into the mall with the $10,000 in hand. Two days later, when customs agents searched Moreno's plane before he and his wife flew back to Bogota, his wife told agents she'd bought Bulgari earrings and a bracelet while in town.