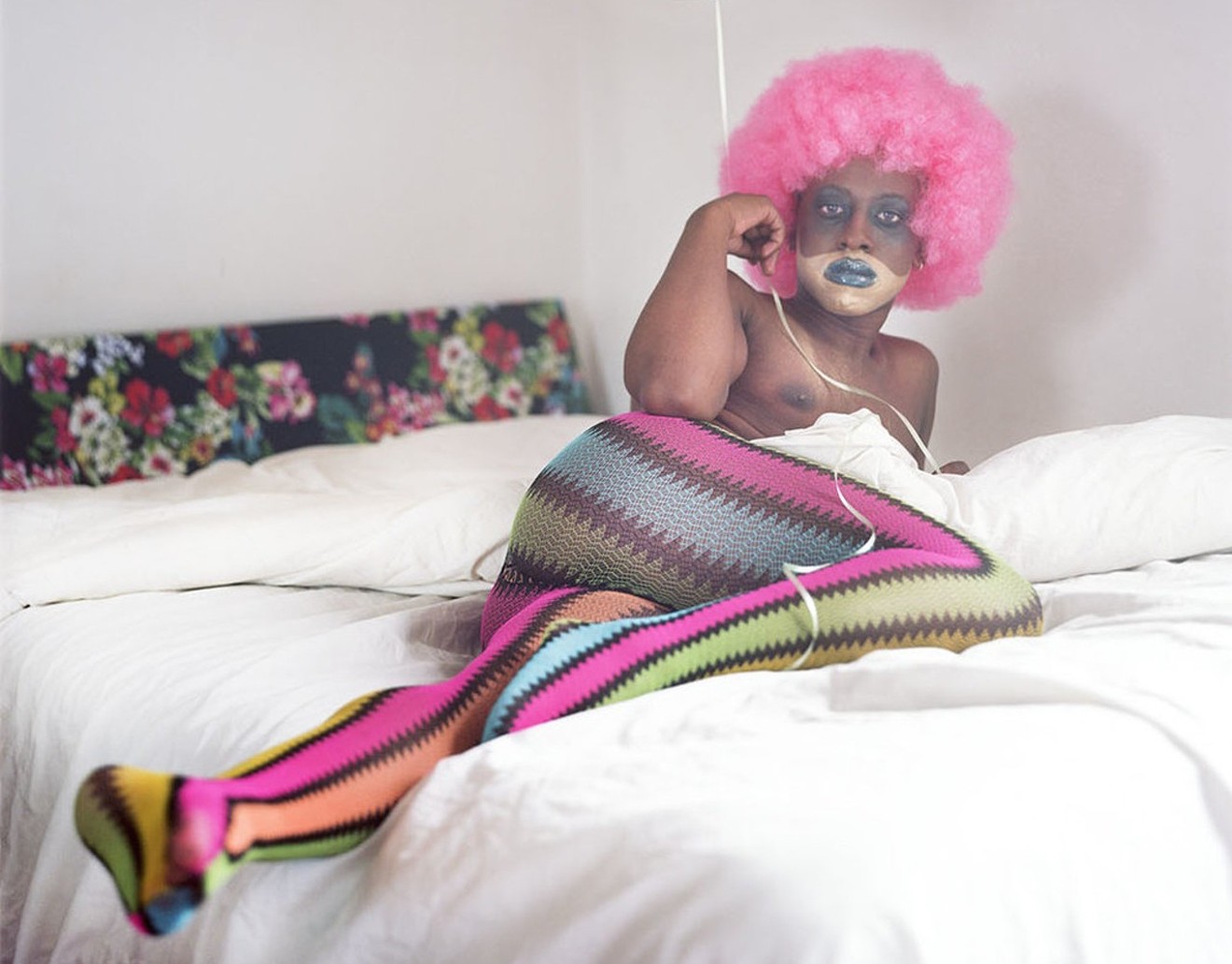 Derick Whitson
Art Basel is in full force this week, with practically every spot in Miami hosting a private art collection event, performance art piece, or concert. Some places are jumping in for the first time, while others have been perfecting their events over the years. Hôtel Gaythering's Art Gaysel falls into the latter category.

Aside from being the only gay hotel in Miami Beach, the Gaythering has stood out for its aesthetic and inventive events. Its Miami Art Week fair riffing on the Art Basel name — Art Gaysel — is entering its third year and continues to be unique, just like its home. Cleverly titled "Ménage à Trois," the 2017 series runs through December 10 and displays works by numerous queer artists from South Florida and around the world.

Gaythering owner and Art Gaysel founder Alexander Guerra is proud of the artists he's able to present through the series. "My goal is to find talented artists and slingshot them into one of the most important weeks in art," he says. "We've already seen previous Art Gaysel alumni thriving from the exposure and connections they received because of Art Gaysel and the Gaythering."

This applies to artists both in and out of the spotlight. "From 100,000 followers to 300 followers, it doesn't matter," Guerra says. "Sure, added exposure from a larger pull of followers benefits everyone at the event, but it's not even a factor in the curation. If I'm not obsessed with the work and authentically enthralled with it, then I won't move forward with connecting further." 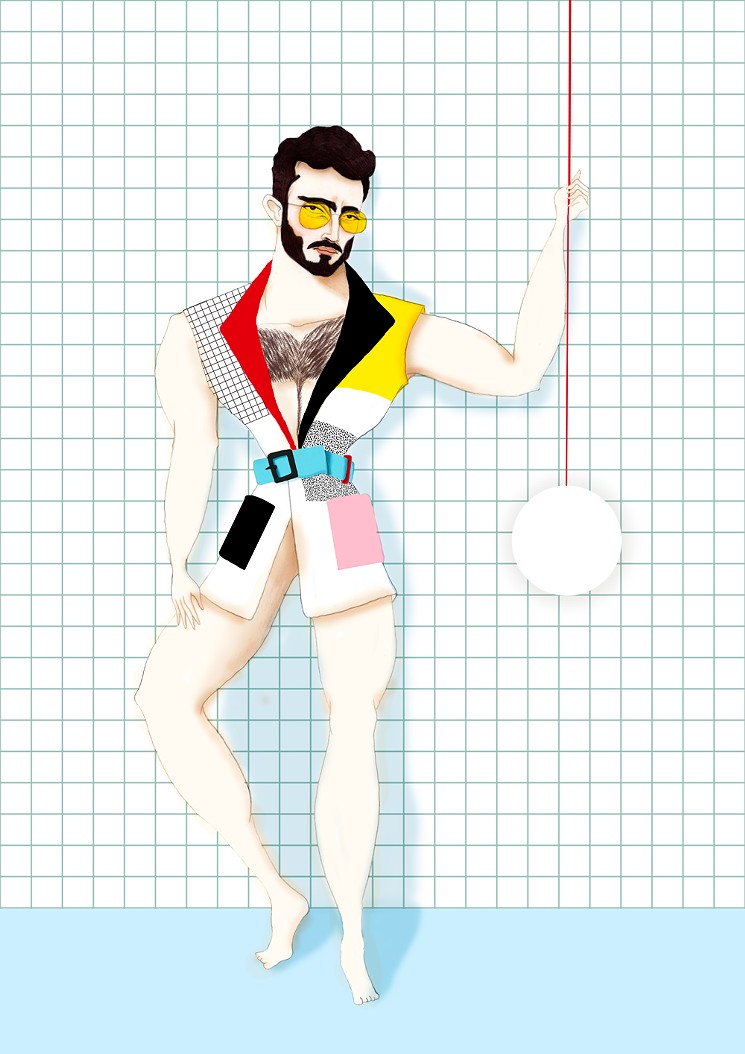 El Dibujo
The fair has expanded to showing works in eight guest rooms in addition to the usual library space, with guest rooms doubling as sleeping quarters and exhibit spaces for nine artists and one pop-up shop. This means guests of Gaysel can tour the rooms, view and purchase art, and meet the artists.

And those are just the artists who will be present at the event. Work by Naruki Kukita, Nadav Gazit, Pansy Ass Ceramics, and Julius DC Bautista will also be shown.

"One of the most rewarding aspects of Art Gaysel is knowing that we have Miami Beach locals, gay and straight, featuring Art Gaysel works in their homes," Guerra says. "Add to that all the visitors that have acquired work from previous years, and it's like Gaythering is spreading its seed.

"The affordable aspect of the show is... unique in a week so heavily focused on moving high-ticket prices," he adds, emphasizing that everyday individuals can become collectors of original art with prices ranging from $80 to $2,000. "Art Gaysel is a win, win, win. The artists get to show during Art Basel week, locals get to engage and purchase affordable art by talented queer artists, and Gaythering gets to nurture it all."

Contrary to many Art Basel events, which tend to display art by creatives from outside Miami, Art Gaysel offers a special section, "Queef's Corner," where performer Queef Latina curates and presents local artists who are part of her life in Miami's counterculture. Included in the corner are Jester Dekay, Aquiles Avalos, and Pedro Gonzales. "Queef's heart is as large as her beard," Guerra jokes, before mentioning she was the first person to write him and the Gaythering a letter thanking them for opening the space when they had only just debuted it.

"Queef saw something in us she knew was special, and her authentically big heart is something that we hold dear, so working with Queef has been nothing short of rewarding," he continues. "The collaboration between us happened organically as we shared scissors, glue sticks, and glitter at a Gaythering Craft Night. Queef is someone that I admire greatly, and I knew that anyone that she decides to wrap her arms around is someone that I would love as well. Find Queef, and you'll find amazing art by amazing local people."