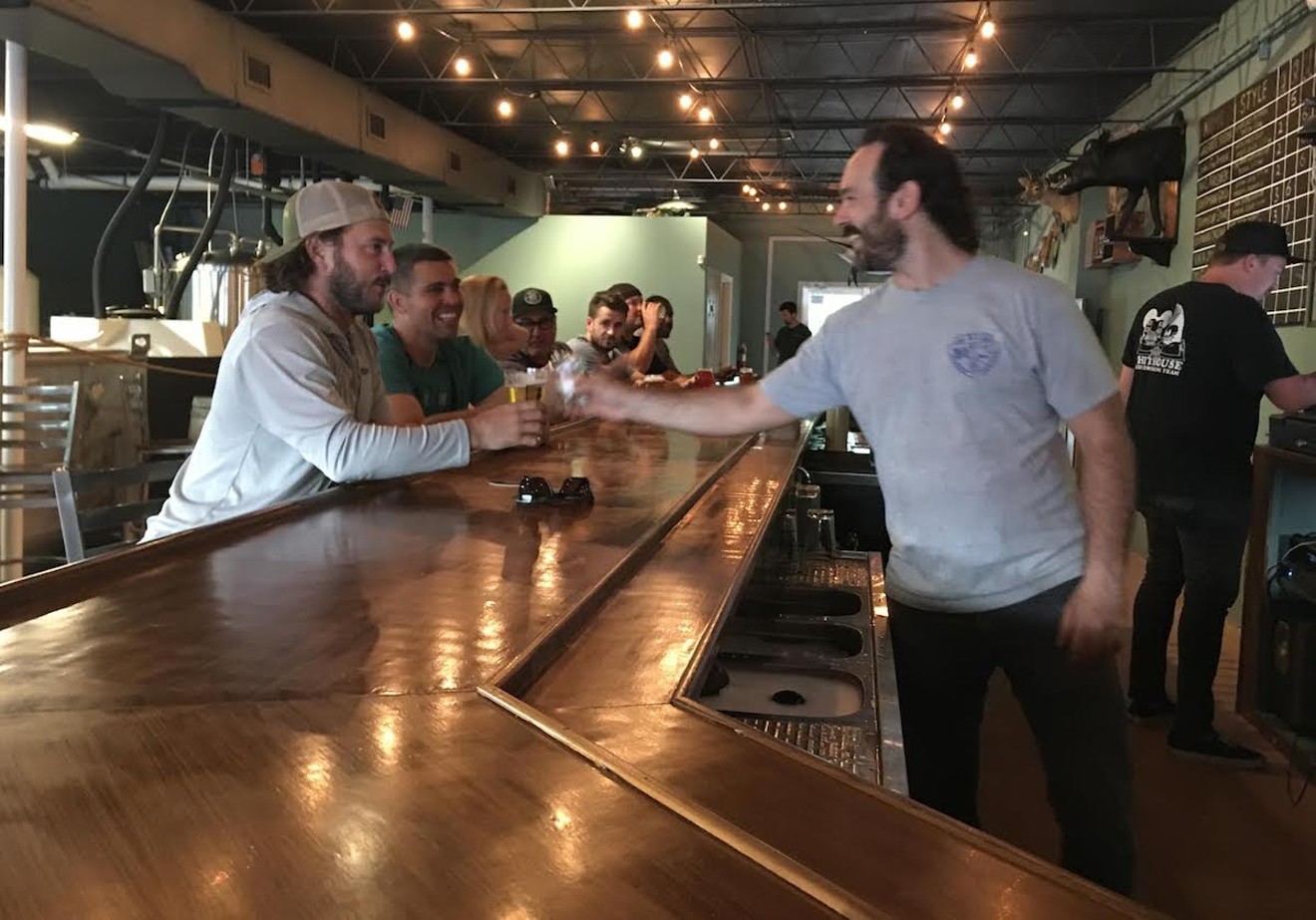 According to its founders, the brew house's five-barrel system will offer unique, experimental, and constantly rotating beers that cover a wide range of styles from lighter beers like a pilsner and lager to higher gravity stouts, as well as barrel aging. Behind the bar, ten taps will be dedicated to house-made beer, with no solid core lineup. 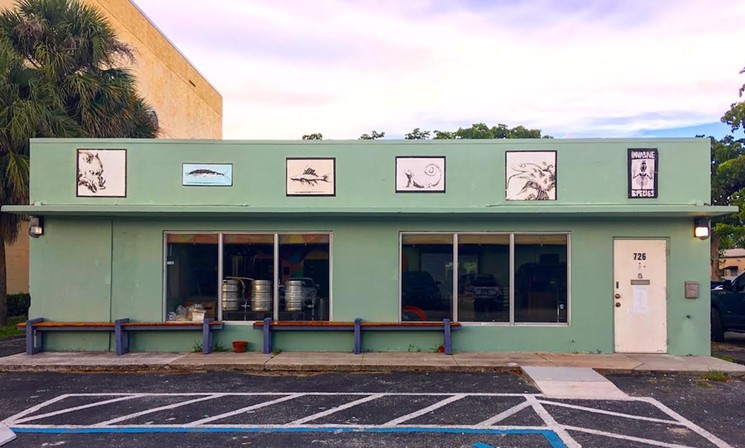 Invasive Species is located on the outskirts of Fort Lauderdale's Flagler Village.
Photo by Nicole Danna
Gillis, a former biologist, says that while the idea to open a microbrewery in Fort Lauderdale has been several years in the making, the creation of Invasive Species has much deeper roots. The name originated in 2010 when Gillis and Levitt founded their own homebrew club. Over the years, Levitt crafted recipes using a homebrew system he built himself, one that now stands at the front of his taproom and is used as a pilot system for the Invasive Species facility.

Today, the name concept extends further with a mission to educate locals about South Florida ecology. "It's a way to take our craft and raise awareness of the impact we have on our environment," says Gillis.

The taproom, currently in soft-opening mode, has many allusions to that theme: Glassware is imprinted with various invasive species including walking catfish and curly tail lizards. The walls of the taproom are also adorned with a variety of colorful taxidermy, some donated by friends and family. The alligators and boar Gillis and Levitt caught themselves, and the massive swordfish behind the bar Josh acquired during a fishing tournament. 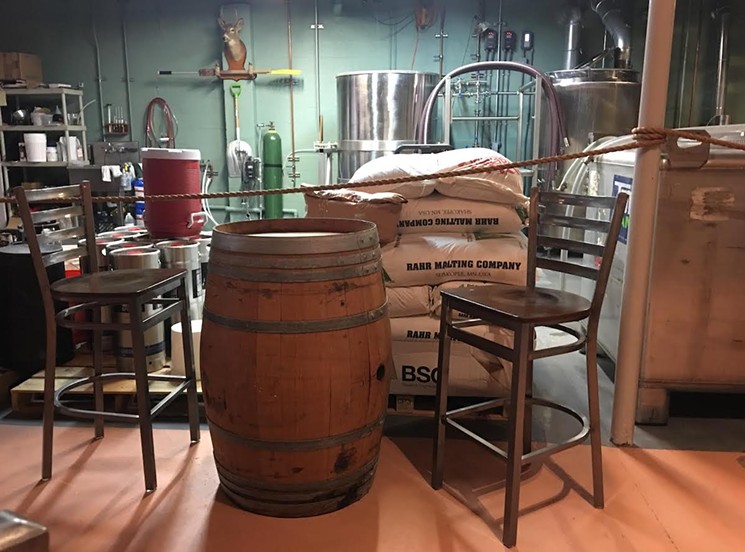 A view of the Invasive Species brewhouse from the taproom.
Photo by Nicole Danna
As longtime craft beer enthusiasts and bar industry professionals, Chris and Jordan say they will be offering input and insight into the beers Invasive Species will be brewing. In its first year, Gillis says Invasive Species' focus will remain hyper-local, with no plans for distribution.

"Our focus is on quality and variety, and to utilize Florida ingredients whenever possible, including hops Josh's wife is growing at Farming Urban Institute [in Fort Lauderdale]. Our goal is to have something for everyone's palate," says Gillis. "We also plan on experimenting with a lot of hybrid styles."

Beers that offer a taste of what Invasive Species is all about currently include the Bleubird Saison, a saison named after the team's favorite local rapper, aged with Brett in French oak barrels and fermented with Florida-grown blueberries the Invasive Species team harvested by hand. For a hybrid take, try Ninja Juice, an ale brewed using almost 50 percent rice in place of traditional grains and fermented with sake yeast.

For those who remember Invasive Species' homebrew days, you can also find Phil's Philsner, a pilsner dry-hopped with Cascade that won the gold medal at the Mardi Gras HomeBrew Competition in 2013.

Moving forward, keep an eye out for specialty bottle and can releases. The Carouser Club mug club is also available for Invasive Species fans, a two-tier membership that allows patrons a discount on merchandise, $1 draft discounts, free swag, and their own mug to keep at the brewery.