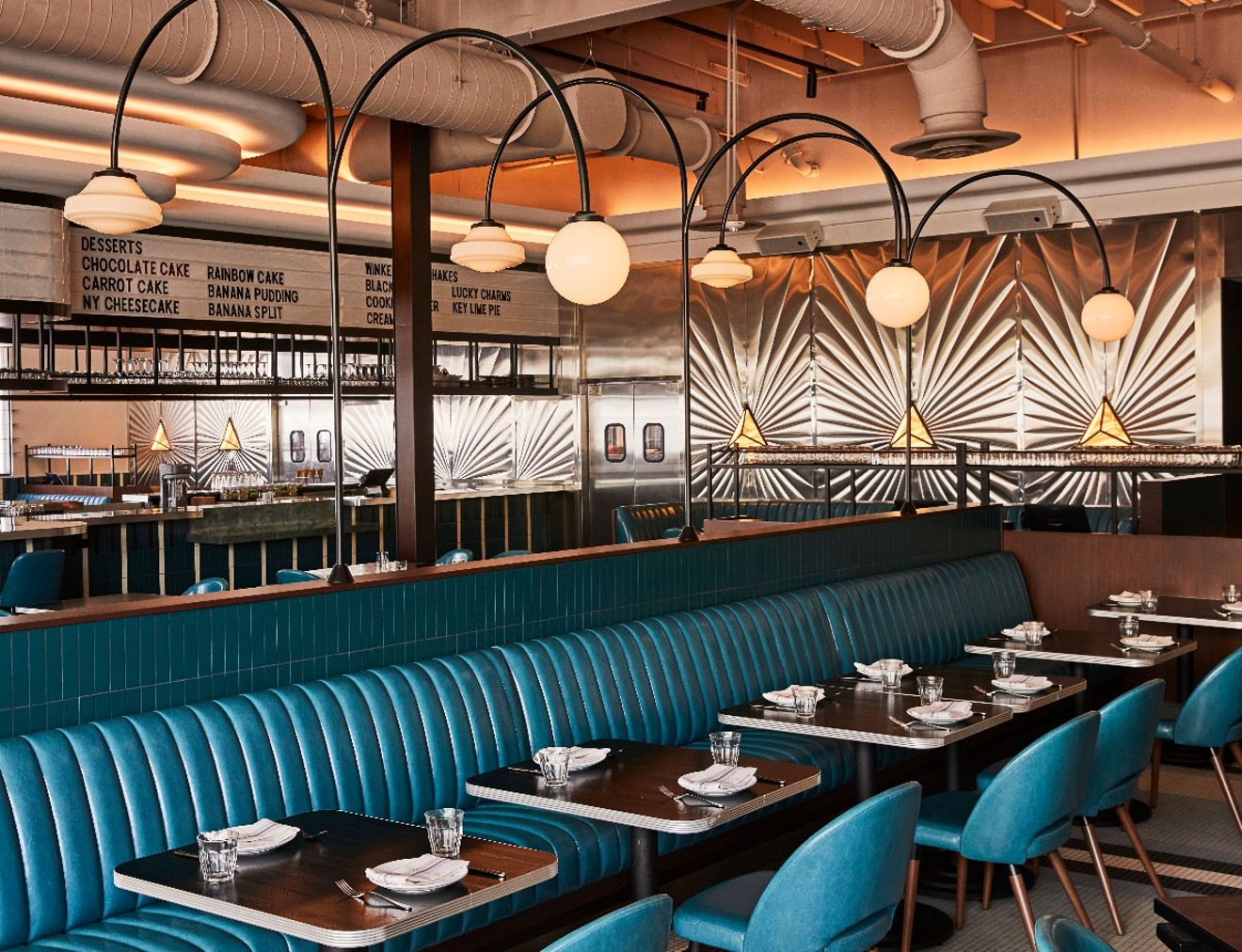 Winker's Diner has closed after three months. Photo by Michael Pisarri
Winker's Diner, one of three Groot Hospitality restaurants housed inside the former Firestone Garage in Miami Beach, has closed. The closure came about abruptly; the restaurant shuttered just prior to a scheduled Disco Inferno-themed New Year's Eve celebration.

A representative for Groot Hospitality confirmed the sudden closure, explaining that Winker's closed to make way for a new Groot restaurant.

The yet-to-be-named replacement will open in the next few months; no concept has been announced.

A diner/deli that specialized in pastrami, matzo ball soup, and milkshakes, Winker's opened in September 2021 along with two sister establishments after three years of planning and restoration of the former garage located at 1575 Alton Rd. in South Beach.

The structure was first built in the 1930s as a Firestone tire shop and garage, and its giant sign greeted motorists to Miami Beach for decades. The garage closed in 2015, and Grutman vowed to revive the new space.

In an August 2021 interview, Grutman told New Times, "I love iconic, heritage stuff. The building is art deco and just feels like a representation of everything Miami Beach to me. To take a building that maybe saw its final days and give it a new life is very cool."

Though Winker's is closed, Toothfairy (a bakery helmed by Dallas Wynne that specializes in cakes, homemade twinkies, and soft-serve ice cream) and Sushi Fly Chicken (an izakaya that serves sushi, dumplings, and fried chicken) remain open.

New Times will update this story with any further information.
KEEP MIAMI NEW TIMES FREE... Since we started Miami New Times, it has been defined as the free, independent voice of Miami, and we'd like to keep it that way. With local media under siege, it's more important than ever for us to rally support behind funding our local journalism. You can help by participating in our "I Support" program, allowing us to keep offering readers access to our incisive coverage of local news, food and culture with no paywalls.
Make a one-time donation today for as little as $1.