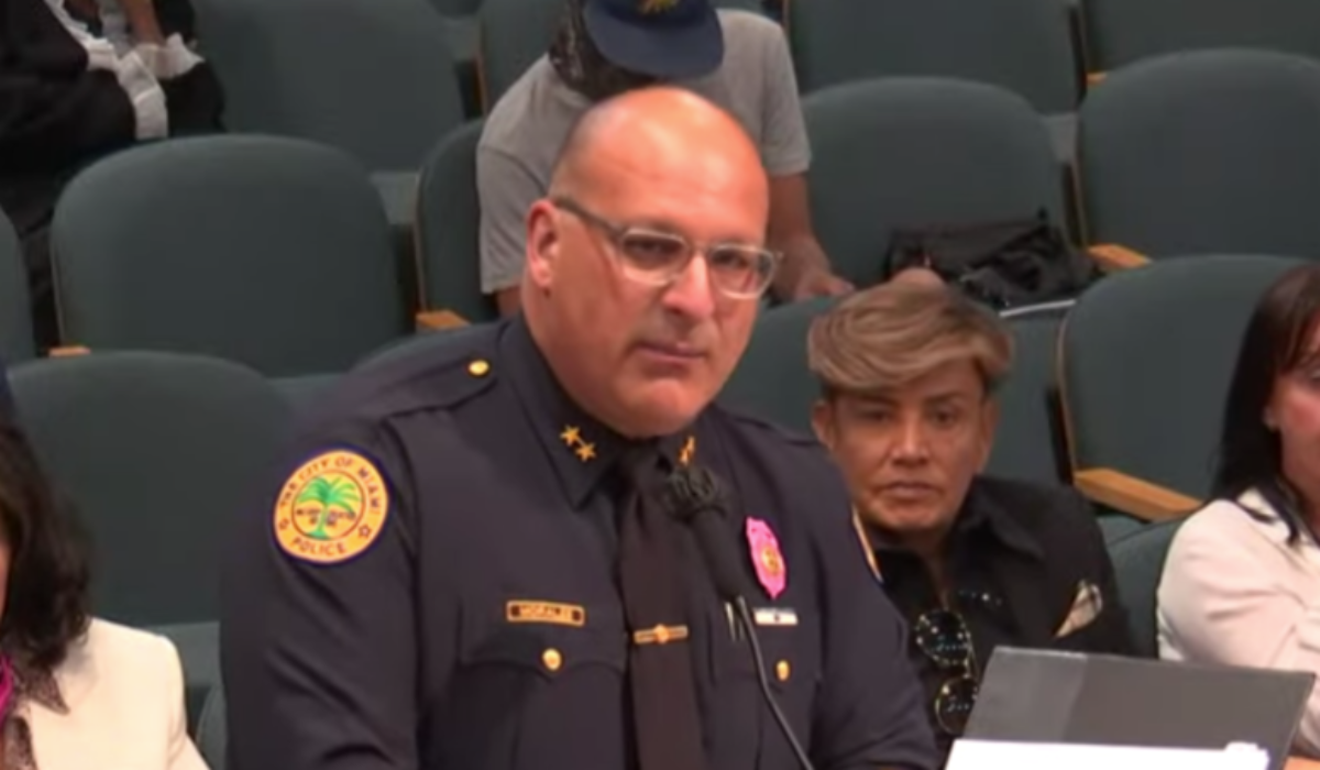 Interim MPD Chief Manny Morales, who'd applied for top post before Art Acevedo was brought in, is shown here testifying against his former boss to city commissioners in October 2021. Screenshot via City of Miami
After Miami Police Department (MPD) Chief Art Acevedo was ousted last October, the new interim chief, Manny Morales, seemed to represent everything his predecessor wasn't. Unlike Acevedo, a California import via the Lone Star State, Morales is an insider, part of the old guard, and handpicked by the Miami City Commission. In fact, at Morales' swearing-in ceremony, Commissioner Joe Carollo giddily cued up the theme from The Godfather on his phone, an unsubtle nod to Acevedo's fateful quip that the department was run by the "Cuban Mafia."

In his short tenure, Acevedo drew the scorn of the commission and some members of the police department with his drastic plans for reform — despite the fact that his protocol-eschewing unilateral hiring by Mayor Francis Suarez ostensibly came with precisely that mandate.

Acevedo's brief reign culminated in a melodramatic series of special public meetings in which Commissioners Carollo, Alex Diaz de la Portilla, and Manolo Reyes blasted the chief and essentially strong-armed him out of the position. Morales, a 30-year veteran of the department who previously applied for the top job, was chosen as the interim replacement even though there has been no public announcement of a national search for a permanent chief.

Over the past three months, Morales has already rolled back some of Acevedo's biggest changes to the department. Three of them are listed below. 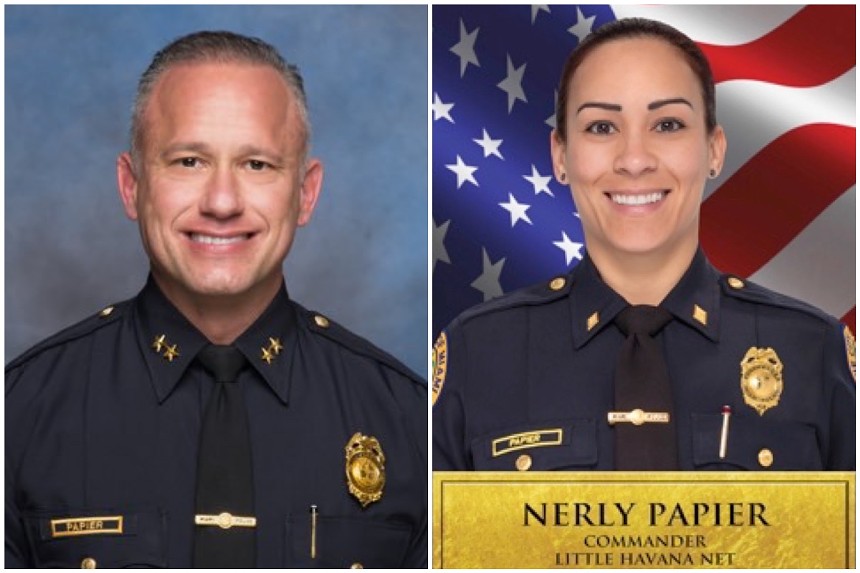 Acevedo promised to rid the department of bad cops and come down hard on rule breakers. Within weeks of his swearing-in, the former Houston chief suspended and fired Deputy Chief Ronald Papier and his wife, Cmdr. Nerly Papier following reports that Nerly Papier had damaged a police vehicle in an accident without immediately reporting it and that her spouse helped her cover up the crash.

The high-profile dual firing sent shockwaves through the department. The Papiers maintained their innocence and fought to regain their jobs.

On Wednesday, January 12, Morales reinstated the MPD power couple in the biggest rebuke of Acevedo's tenure to date. Both Papiers will return to the department at the rank of captain, which will represent a salary cut from their previous posts, but the city is expected to retroactively pay them since the day they were fired.

Demoted Officers Get Their Jobs Back

After stating that MPD had too many executive positions, Acevedo demoted a number of high-ranking officers, including Maj. Keandra Simmons, the city's second-highest-ranked Black female officer.

Simmons considered the demotion to lieutenant as retaliatory in the wake of her attempts to discipline MPD Capt. Javier Ortiz. She sued Acevedo and MPD and sought whistleblower protections.

This is how Sgt. At Arms Luis Camacho thanked the #Miami commissioners for getting him back on duty. He looks very grateful. Like he owes them something. #BecauseMiami pic.twitter.com/lH2ZsZodUL

Sergeant-at-Arms Brought Back to Duty

Sergeant-at-Arms Luis Camacho was assigned to Suarez's bodyguard detail and was liked by several members of the commission. But Acevedo suspended Camacho last June after photos leaked of several sergeant-at-arms vehicles during the mayor's weekend vacation in Key Largo. At the time, Acevedo claimed Camacho was involved in a "breach of operational security."

Camacho's suspension was one of the many grenades commissioners lobbed at the chief during last fall's special public meetings. An internal affairs investigation deemed Camacho not guilty of misconduct but found that he'd abandoned his post without proper notice. Morales reinstated the officer to his post earlier this week.
KEEP MIAMI NEW TIMES FREE... Since we started Miami New Times, it has been defined as the free, independent voice of Miami, and we'd like to keep it that way. With local media under siege, it's more important than ever for us to rally support behind funding our local journalism. You can help by participating in our "I Support" program, allowing us to keep offering readers access to our incisive coverage of local news, food and culture with no paywalls.
Make a one-time donation today for as little as $1.