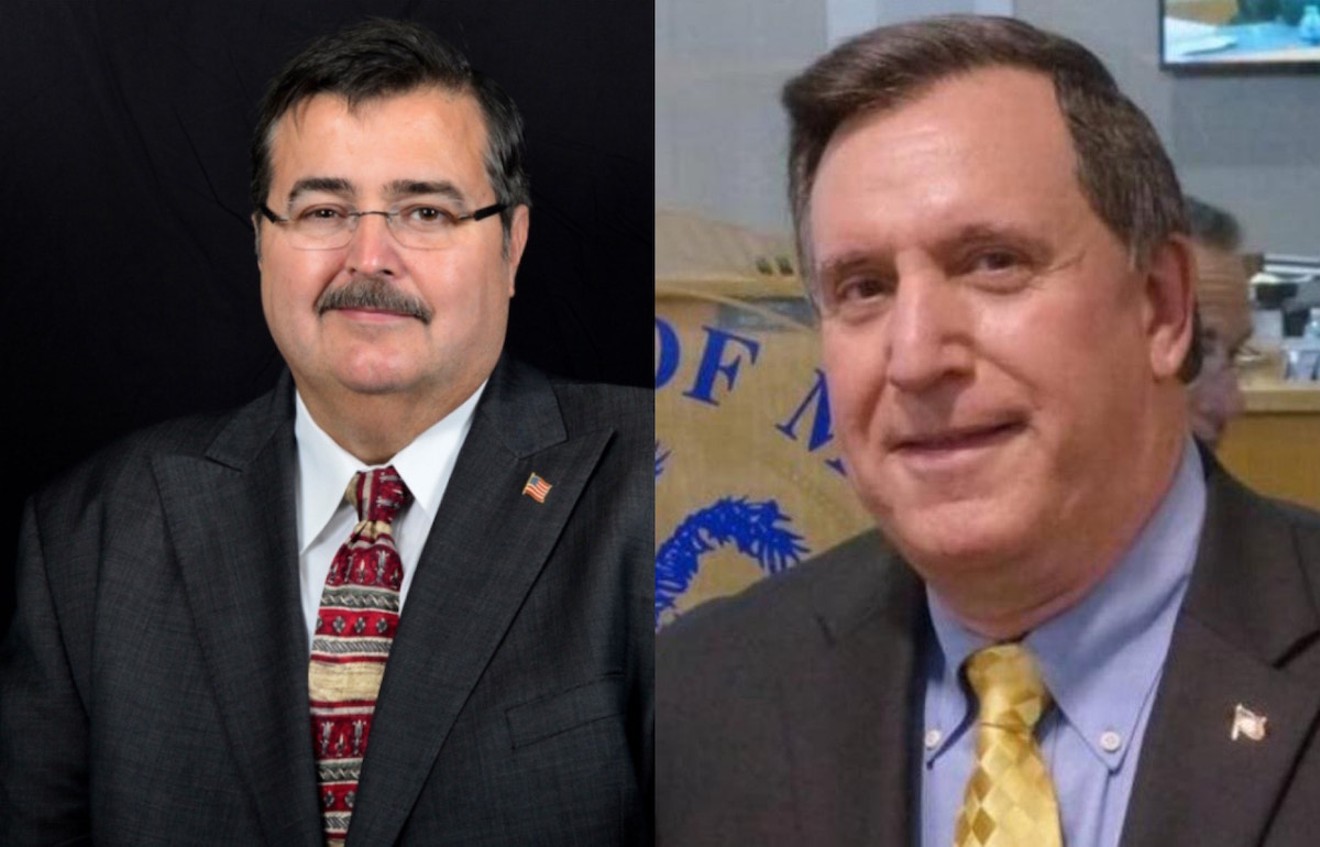 During an embarrassing series of special meetings that culminated in Acevedo's ouster, commissioners voted to investigate themselves, a move Miami Herald opinion columnist Fabiola Santiago called "a laughable sham" at the time. Miami City Attorney Victoria Méndez agreed to create a list of retired law enforcement officers to lead the probe.

Now it has been revealed that Ricardo "Ricky" Gomez, a former Doral police chief who contributed to Carollo's re-election campaign last year, has been tapped as the investigator. According to campaign-finance disclosures, Gomez, now an attorney in private practice specializing in criminal defense and traffic law, contributed $500 through his law firm to Carollo in April of 2021.

Gomez confirms that the City Attorney's Office retained him in December. He declined to share details of the inquiry into Acevedo's claims, noting that his investigation is ongoing.

Ricardo Gomez contributed $500 to Carollo's re-election campaign in 2021.
Screenshot via VoterFocus
Acevedo's accusations are also under review by the Broward County State Attorney's Office, after Miami-Dade State Attorney Katherine Fernandez Rundle stated that it would be a conflict of interest for her office to investigate.

Earlier this month, Acevedo and his attorneys filed a 52-page complaint in federal court; the ousted chief is suing the City of Miami for violating his rights under the First Amendment and the Florida Whistle-blower Act.

The complaint, which is embedded at the end of this article, identifies Gomez as the lead investigator of the city's internal inquiry: "This purported investigation is now being led by Ricardo Gomez, former City of Doral Police Chief who previously lost his job during a 2012 corruption scandal."

The Florida Department of Law Enforcement (FDLE) investigated Gomez after an anonymous letter was sent to the Miami-Dade State Attorney's Office. Its most serious allegations: that he misappropriated $28,000 from a city vendor to pay for his own lavish swearing-in ceremony, and that he helped rig a furniture bid by tipping off one of the bidders late in the process about competitors' bids. FDLE issued an arrest affidavit for Gomez for the alleged bid-fixing in January of 2012, but the State Attorney's Office dropped the charges, stating in a close-out memo that he was "completely exonerated" and that they had found no evidence of any wrongdoing on his part.

Nevertheless, in December of 2012, barely a week into his own tenure as interim Doral city manager, Merrett Stierheim terminated Gomez after he'd "carefully reviewed" the FDLE report.

(Gomez has staunchly maintained his innocence. "You get accused of something and get cleared and it keeps haunting you," he says today. "If I had done what they said, then they would've found something and filed charges. What else do I have to do to rehabilitate my image?")

The attorney tells New Times he intends to be fair in his inquiry, and that his financial support of Carollo's political career and past as a fired police chief will have no bearing on his work.

"I’m gonna be objective and impartial about my findings and that's about it. I wouldn't have taken this if I thought there would be a conflict," says Gomez.

Miami City Attorney Victoria Méndez did not respond to New Times' request for comment via phone and email on Wednesday.