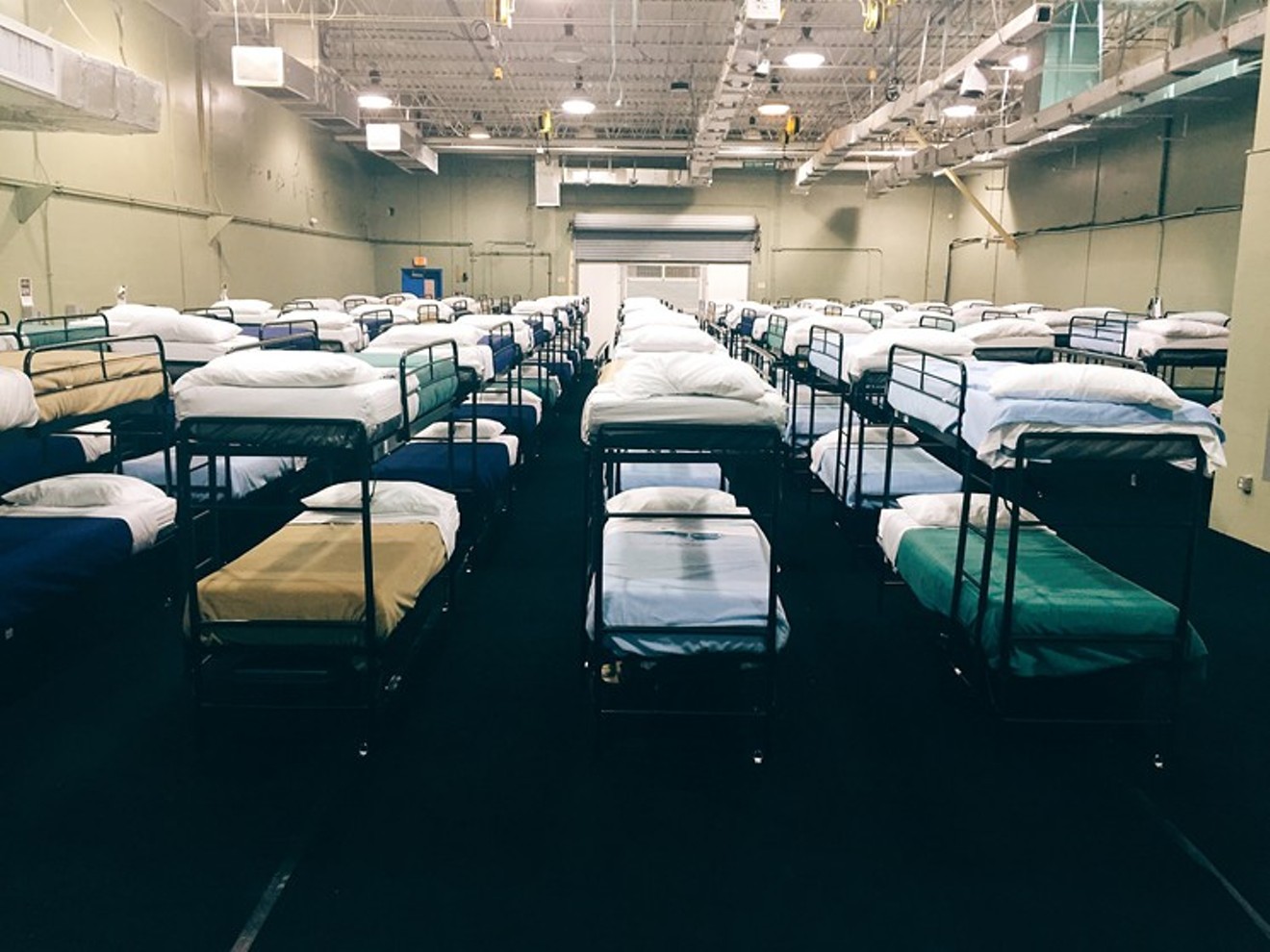 The Homestead Temporary Shelter for Unaccompanied Children U.S. Department of Health and Human Services
In January, Americans for Immigrant Justice — one of the most prominent immigrant-rights activist and legal groups in Florida — filed a Freedom of Information Act (FOIA) request with the federal government for what sounded, at least at the time, like basic information. The group wanted to know how the U.S. Office of Refugee Resettlement (ORR) — a branch of the Department of Health and Human Services (HHS) — handles kids who "age out" of immigrant detention, because most are handcuffed on their 18th birthdays and transported to adult Immigration and Customs Enforcement (ICE) detention centers.

So this past January 9, the group filed a FOIA for more information from the feds. But nearly seven months later, HHS has yet to respond. Now, Americans for Immigrant Justice is suing ICE and the Department of Homeland Security (DHS), suggesting the radio silence could indicate the federal government might be violating the law.

In short: ORR and ICE are required by law to look for alternatives to detention before 18-year-olds are taken into ICE custody and deported. But immigrant advocates say they can't get proof from the feds this is actually happening.

The suit comes as ORR has all but shuttered the Homestead Temporary Shelter for Unaccompanied Children, which had previously been the largest encampment for child migrants in the nation. Earlier this year, the facility held roughly 3,000 kids who'd arrived at the border either by themselves or with nonparental sponsors; before the federal government flushed the children out of the place, a significant portion had been there for more than 100 days. According to a U.S. Supreme Court settlement, children cannot legally be held in migrant detention for more than 20 days at a time.

Earlier this year, New Times published excerpts from interviews that legal advocates conducted with kids inside the facility. Many reported feeling confused about basic rules in detention or worried they'd be imprisoned longer if they broke rules. Some children were depressed, crying themselves to sleep, and cutting themselves. Last month, New Times reported that 400 kids still inside the facility were 17 years old and in danger of "aging out" and being placed in adult ICE detention. Since then, however, the Miami Herald reported that all remaining children were removed from the facility and, for the most part, placed with sponsors.

In all, AI Justice says 137 kids in South Florida turned 18 years old in federal custody and were then placed in ICE detention. The group wants to know more about this process; if ORR didn't do enough to find alternatives to ICE detention, it's possible the federal government violated the law. But the group says it's impossible to know that information right now because the feds are slow-walking its requests for information. AI Justice appealed the requests multiple times, but ICE's Office of the Principal Legal Advisor said that, despite the fact federal law requires FOIA requests to be addressed within 30 days, the agency was simply too busy to hit that deadline.

AI Justice is now suing for two violations of the Freedom of Information Act. Spokespeople for ICE and DHS did not immediately respond to messages from New Times.

"As of the date of the filing of this Complaint, AI Justice has received no substantive response" from ICE since the group filed its last appeal May 8, the suit says.
KEEP MIAMI NEW TIMES FREE... Since we started Miami New Times, it has been defined as the free, independent voice of Miami, and we'd like to keep it that way. With local media under siege, it's more important than ever for us to rally support behind funding our local journalism. You can help by participating in our "I Support" program, allowing us to keep offering readers access to our incisive coverage of local news, food and culture with no paywalls.
Make a one-time donation today for as little as $1.