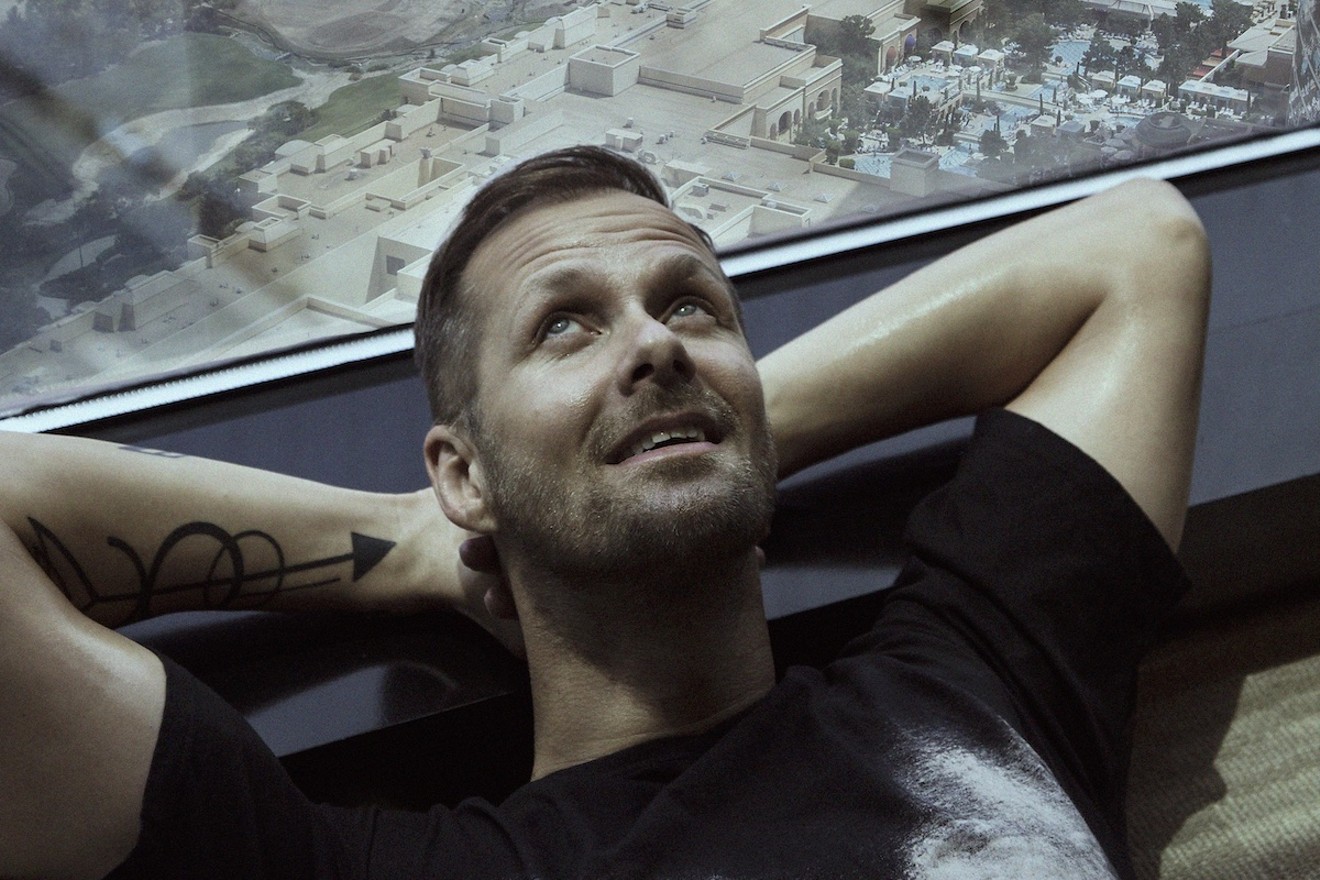 Adam Beyer Photo courtesy of Liaison Artists
In September, Ultra Music Festival announced its Phase One lineup, which includes Swedish House Mafia, Eric Prydz, Hardwell, Martin Garrix, and Zedd. It's your pretty standard EDM offering, with the most exciting of the bunch being the Swedish trio, who already stopped by Miami earlier this year when Axwell, Steve Angello, and Sebastian Ingrosso kicked off their Paradise Again Tour at FTX Arena.

Now, the festival has announced more acts for the 2023 event, which is set to return to Bayfront Park in downtown Miami on March 24-26. The lineup is for the festival's Resistance stages, the sort of festival within the festival that focuses on your more traditional house, tech house, and techno. This includes previously announced acts like Adam Beyer, Carl Cox, Claude VonStroke, Hi-Lo (AKA Oliver Heldens), Testpilot (AKA Deadmau5), and Tale of Us.

Resistance will once again take up two stages: the Megastructure, which includes an absurdly awesome amount of LED lights, and the Cove, a more intimate stage tucked in corner of Bayfront Park overlooking Biscayne Bay. The Cove will also see stage takeovers by Nicole Moudaber’s In the Mood, Joris Voorn Presents Spectrum, and Claude VonStroke’s Dirtybird Records.

This marks only the Phase One lineup for Resistance, so more acts will be announced in the lead-up to the festival.

Whether you love or hate Ultra, it remains one of the few independently owned music festivals in the U.S. — and that's something to be commended. Most American music festivals are owned either fully or partially by Live Nation and AEG and their subsidiaries. (For example, Live Nation has some stake in local festivals like III Points and Rolling Loud.) For a festival that started in 1999 as a simple party on South Beach, it's incredible to see how far it's come. Ultra Music Festival
Ultra Music Festival 2023. Friday, March 24 through Sunday, March 26 at Bayfront Park, 301 Biscayne Blvd., Miami; ultramusicfestival.com. Tickets cost $399.95 to $1,499.95.
KEEP MIAMI NEW TIMES FREE... Since we started Miami New Times, it has been defined as the free, independent voice of Miami, and we'd like to keep it that way. With local media under siege, it's more important than ever for us to rally support behind funding our local journalism. You can help by participating in our "I Support" program, allowing us to keep offering readers access to our incisive coverage of local news, food and culture with no paywalls.
Make a one-time donation today for as little as $1.