Tickets for Ultra 2018, the Festival's 20th Edition, Now on Sale 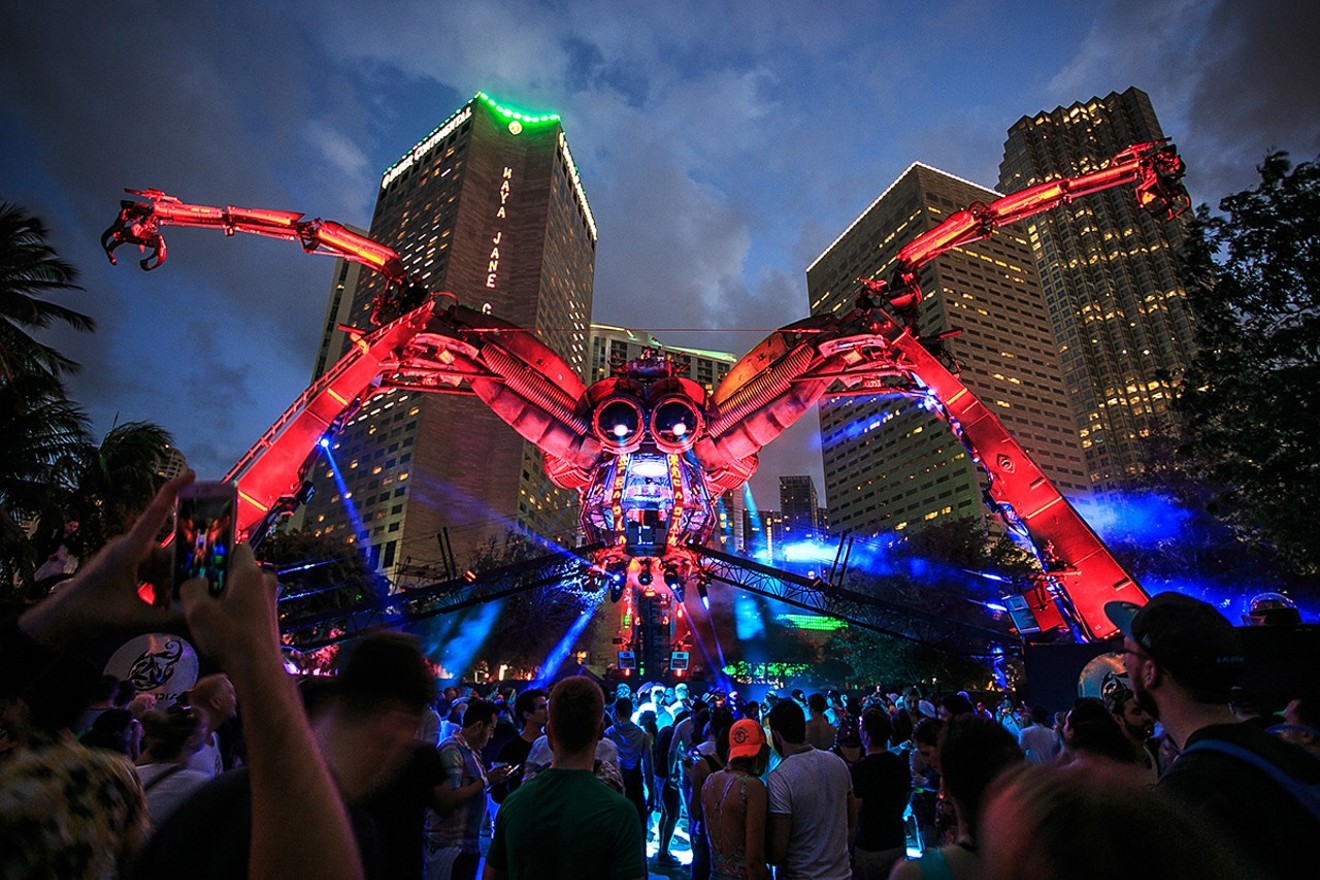 Will the spider return in 2018? Photo by George Martinez
In 2018, Ultra Music Festival will no longer be a teenager.

Not that anyone is expecting the festival to grow up. For two decades, it's been a winter escape for those in search of a dance-music bacchanal in warmer climes. It's seen three locations, plenty of political posturing, and a whole lot of DJ sets and live performances.

There have been plenty of surprises too, including pop superstars such as Madonna, Justin Bieber, and Arianna Grande stopping by to sing, and unforgettable moments like Swedish House Mafia's farewell set and Deadmau5 saying whatever is on his mind.
If Ultra is going to outdo all of those moments, the perfect time would be its 20th-anniversary edition. That means if you haven't attended the festival in a while but have been on the fence about whether to go in recent years, 2018 is the year to bite the bullet.

Tickets for the festival have officially gone on sale after a limited presale in May. If you registered at ultramusicfestival.com, general-admission tickets cost $349.95. Otherwise, they're $379.95. VIP tickets cost $1,499.95. If you're quick, you can nab one of the limited payment-plan tickets for $399.95. (It's perplexing that Ultra doesn't sell every ticket through a payment plan like every other major U.S festival.)

As the festival date nears, expect prices to go up. Ultra is still ages 18 and over for GA and 21 and over for VIP. No acts have been announced yet, but traditionally, the Phase 1 lineup is revealed in November.