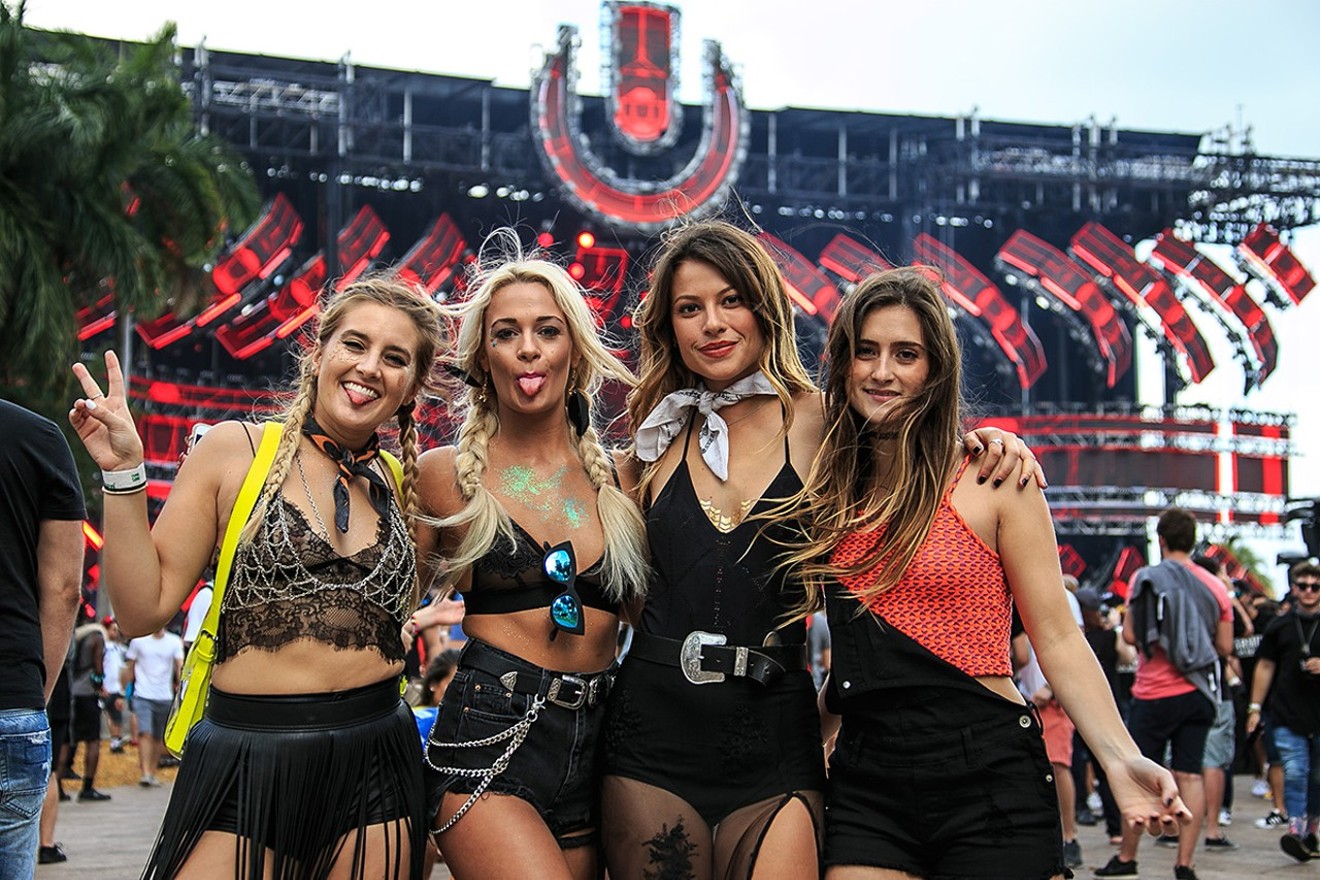 No time to wash the glitter off from Ultra 2017 — tickets for Ultra 2018 go on sale May 2. Photo by George Martinez
What started as a small beach party in 1999 that took advantage of all the DJ's visiting Miami during Winter Music Conference has become a global brand with editions in Brazil, China, Croatia, Korea, Japan, Australia, and more. But Ultra Music Festival's Miami party in March is still the crown jewel of the festival's dance music empire, and next year it will be celebrating 20 years.

There's a catch: In order go get the cheapest price possible, you need to register at ultramusicfestival.com/tickets before midnight on Sunday, April 30. If you forget to register, you can still buy tickets but at the higher $349.95 price.

The last time Ultra celebrated an anniversary in a big way, it was in 2013. For the 15th anniversary, it pulled a Coachella and expanded to two weekends. (The likelihood of that happening again is slim, as city officials and nearby residents didn't exactly find it amusing.)

Ultra hasn't even hinted who will be on the 2018 lineup, but it's safe to say that a lot of big surprises will be in store for the 20th-anniversary milestone. Will Swedish House Mafia reunite? Possibly. Will Daft Punk finally bring robot rock to the festival? Here's hoping. Will Bayfront Park break off mainland Miami, float into Biscayne Bay, and become a floating party island nation with Deadmau5 as president? Donald Trump is the leader of the free world, so stranger things have happened.

Personally, I'd love to see some out-of-left-field bookings like Björk or Giorgio Moroder. Who knows? It feels like anything is possible in 2018.